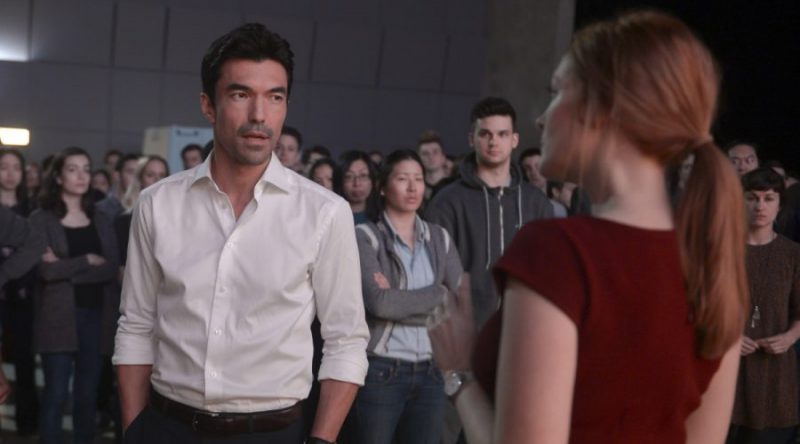 If you are looking for a summer series that really knows how to bring the heat, look no further. Salvation returned with one hell of a bang and I am still trying to wrap my brain around everything that happened. And, it’s only the first episode! There were so many pieces that were played in, “Fall Out”, on Monday night, that I just had to take some time and reflect. I could honestly sit here and talk about every part of the episode because there wasn’t one minute of the show that wasn’t amazing. But, I am going to talk about a few key moments and what that could possibly mean for the rest of season 2.

Yes, Darius Tanz is now the Vice President and that was totally unexpected. I think Darius was just as surprised as we all were. Season 2 of Salvation is already throwing us for some serious loops! I look forward to seeing him in his new role! Harris is obviously not thrilled about Darius being put in this new position (he’s totally jealous), but he’s going to have to get over it because Madam President isn’t budging on the matter. Darius also gave an amazing speech at the end, so Harris can just shove it! Will Darius be able to hold onto this position and not make matters worse? It is possible, but we all know that Darius likes to do whatever he wants. 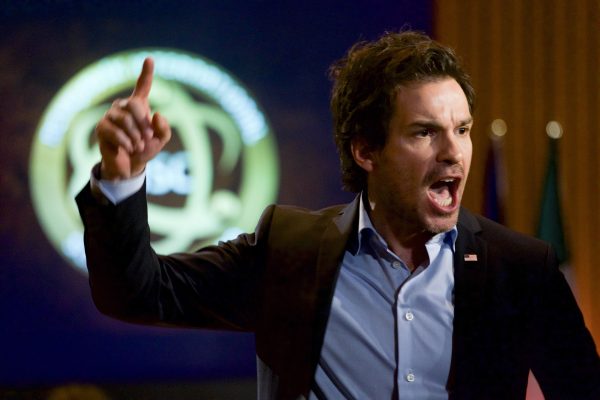 Darius may be the V.P. at the moment, but we all remember who used to be in that position. Vice President Bennett worked his way to being President using some sneaky tactics. His reign didn’t last long because our amazing heroes were able to figure out that he was a bad guy. Unfortunately, he escaped and we haven’t heard from him since. Guess what, though? He’s back and he is out to take back the presidency! Oh baby, I can’t wait to see what trouble he stirs up.

Remember that moment when Grace poured out her heart, in season 1 and they shared that steamy kiss? Grace and Darius should have been running towards each other with open arms, when they were finally reunited. Except, that didn’t happen. With everything that has been put on Darius to do and become, he just doesn’t have the time to worry about a romantic relationship. Grace was expecting something completely different and Darius just can’t give it to her yet. But, hope is not lost! During Darius’ speech as Vice President, he made a comment about things being put on hold for now and gave Grace a very steamy look. Yes! I knew he still had a thing for her. Their time will come, soon enough.

Speaking of Grace, she is totally off her rocker at the moment. She is seeing visions of Claire, whom Grace did kill, everywhere she goes. Now, granted, Grace killed her in order to protect Harris, who Claire was about to kill. So, why is Grace having such a hard time accepting what happened? It really doesn’t make sense to me because Grace has always done what is needed and I feel like she shouldn’t be having this issue. Is it possible that someone is trying to mess with her mind? Maybe, trying to make it look like Grace is unstable in order to cause people to doubt her? Then again, Grace could be suffering from some sort of break down. I will say this, woe to anyone that could be messing with her, because when Grace finds out, there will be hell to pay! 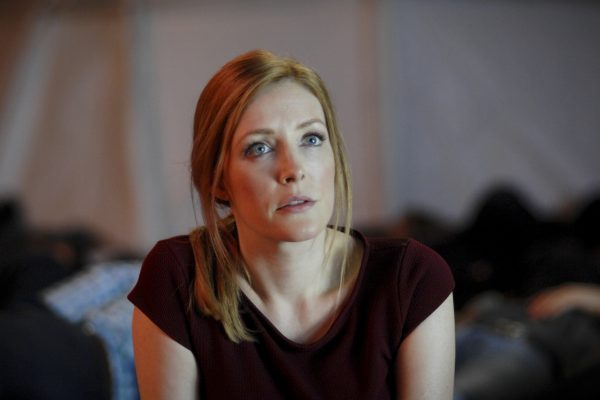 Let’s take a moment to talk about Harris. I specifically want to talk about his one night hook up with the bartender, who apparently made her way onto the ARK. I find this very interesting and a little too convenient. But, why have her on there? Did Darius put her on there to keep tabs of Harris? They obviously have some chemistry, unless she’s faking. I can’t really pin her down, although I am leaning towards her being bad. At the end of the episode we see Harris making his way to her door and most likely into her bed. Hmmm…not sure about Harris’ decision making skills as of late.

I am a huge sucker for new series and ones that have some sort of impending doom. I just can’t help it! Salvation, in one episode, has not only continued with the asteroid hurtling towards Earth, but it has just upped the ante on certain people’s lives. Liam is now being forced to work for Resyst, Grace may be going crazy, the ex-VP is out to regain control of the Presidency, and not to mention that poor Joe was murder in the very beginning! If any of you think that he killed himself, you are so wrong! My money is on the bartender. I am so pleased with, “Fall out”! We really couldn’t have asked for a better premier episode. And, with all the things that are happening in the episode, things could have gotten really confusing. The writers did a fantastic job of keeping it all straight for us viewers which made the episode perfect! 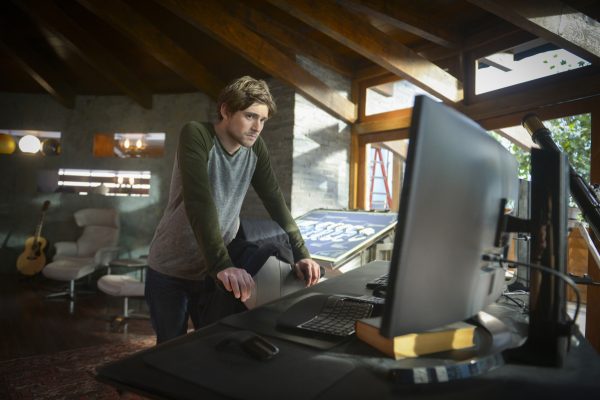 Episode 2 can’t get here fast enough and I need more Grace, Darius, Harris, Liam, and Jillian! And, there’s so much that we need to know. Will Liam be stuck with Resyst for a long time? Jillian and Liam never seem to be able to stay together for very long, but I hope their time will come soon. And, what is ex-Vice President Bennet’s plan? He is so bad and I love it! I am really glad that he is back with us on Salvation. And then there’s the big questions that’s just staring us right in the face: will they be able to stop the asteroid before it’s too late? Time is running out and there are way too many issues that need to be solved. Everyone needs to keep their cool and get things done!

If you have not seen the new episode, “Fall Out”, you need to get on it before episode 2 is aired. Salvation returns Monday at 9/8c, so don’t wait!