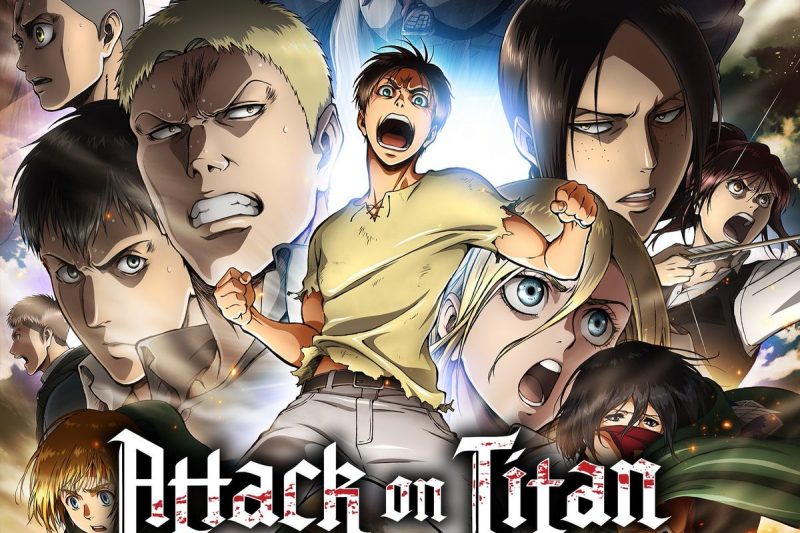 Digital Stickers for Attack on Titan, My Hero Academia and Many Other Titles Will Be Coming to the Quidd App in the Coming Months

NEW YORK, NY – Today, Funimation, Cryptozoic Entertainment and Quidd announce a wide-ranging partnership to create digital collectibles for an array of properties including Attack on Titan, Tokyo Ghoul, My Hero Academia, Full Metal Panic and Hellsing. These and other titles from Funimation’s catalog will be making their way to Quidd, the leading platform for digital goods, which is available on iOS and Android. Fans of these iconic series will have their first opportunity to buy, trade and interact with like-minded anime enthusiasts to collect digital stickers, trading cards and figures from their favorite properties.

“We’re thrilled that fans everywhere will soon have new way to share, enjoy and indulge in their favorite anime – as digital collectibles,” said Gen Fukunaga, CEO and President of Funimation. Based on Cryptozoic’s success developing multiple Attack on Titan themed games as well as their track record creating digital content with Quidd for numerous mainstream entertainment properties, I am looking forward to seeing what they create with our catalogue — both current hit series like My Hero Academia and popular classics like Hellsing. Anime fans will not be disappointed.”

“We’re extremely pleased to be partnering with the Funimation and Quidd teams to create digital collectibles based on the iconic worlds of Attack on Titan, My Hero Academia, and so much more,” said John Sepenuk, CEO of Cryptozoic. “We’re huge fans of anime, so this is an exciting start to Cryptozoic’s foray into digital content based on beloved anime properties. We are launching with some incredible digital cards, stickers, and collectibles and we have tons more planned to keep Quidd users engaged in the months to come.”

“We’re excited to continue to grow our partnership with Cryptozoic Entertainment, while welcoming Funimation as a new partner in our digital goods ecosystem,” said Michael Bramlage, the CEO of Quidd. “Our growth over the past 16 months has been nothing short of incredible, and we’re huge fans and believers in Funimation’s team, vision and content strategy.”

Founded in 2015, Quidd’s innovative platform for collecting, rare digital goods blends the notions of emotional and functional ownership while leveraging scarcity in the digital retail experience. With over 1.8 billion individually serialized items sold since launch in 2016, Quidd’s digital goods ledger is the largest on the planet.

Funimation, a subsidiary of Sony Pictures Television, is the go-to destination for extraordinary anime. By combining its integrated in-house studios along with its technology and distribution partnerships, Funimation leads the industry with its omnichannel approach to offering anime to fans – from streaming and home entertainment to theatrical distribution and broadcast television. The company’s next generation streaming service, FunimationNow, provides subscribers with instant access to their favorite sub and dub shows in ad-free HD on the widest array of platforms – including smartphones, tablets, TVs and gaming consoles. For more information about Funimation, visit funimation.com.

Since 2010, Cryptozoic Entertainment has been dedicated to the concept of “Fans First,” striving to develop the most creative and sought-after products for pop culture enthusiasts worldwide. As an entertainment company with a diverse portfolio of licensed and original IPs, its catalog covers a broad spectrum of tabletop games and collectibles. The passionate team at Cryptozoic aims to inspire gamers and collectors all around the globe, while bringing fans together as part of the Cryptozoic community. Visit www.cryptozoic.com for more information about product releases, events, and news.

Quidd is the leading platform for buying, trading and using premium, rare digital goods. Available for free on iOS and Android devices, the Quidd app enables fans to buy, own and use digital stuff, like stickers, GIFs, cards and toys, to express their fandoms, construct their identities, and have more fun with their favorite things. The best names in entertainment, including Hasbro, Marvel, Game of Thrones, Rick and Morty, Sanrio, Michael Jackson, and more, are using the Quidd platform to reach new audiences and build new businesses. Quidd is backed by Sequoia Capital with headquarters in NYC. For more information, check out our press kit or visit quidd.co.