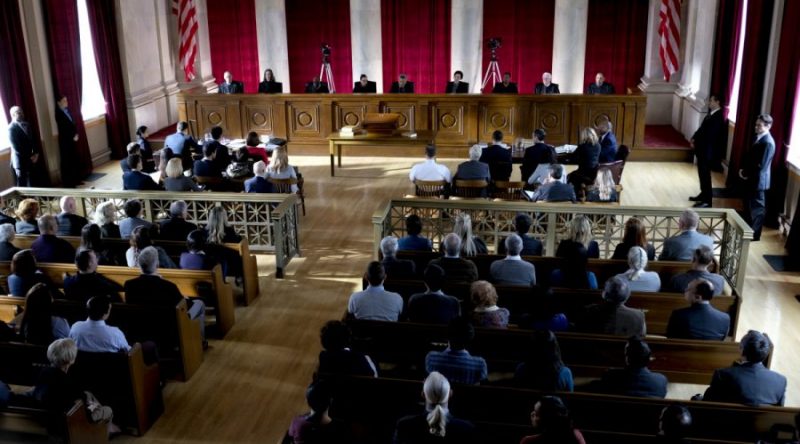 You expect a series to have a phenomenal season premier. And, I’ve never been disappointed with either of the premiers for Salvation. What’s amazing, though, is that we just watched the third episode of Salvation : “Crimes and Punishment”, and I am left in complete shock and awe. This episode left me at a loss for words and there were many, “What the hell just happened!?”, moments. It was fantastic!

So, Joe is not really Joe and someone planted a tracking device in him. Anyone else think that is super weird? Oh wait, it gets even better. Joe was put on the ARK in order to sabotage it! Someone is working to ruin Darius. Resyst seems to be doing a pretty good job of taking things from him right now. They’ve taken Liam and Tanz Industries. Could it be them? Or, is there someone else lurking in the shadows. Perhaps an angry uncle? I would be floored if Resyst and Darius’ uncle were working together. Yet, it’s not really that difficult to imagine them teaming up. Something is brewing just out of Darius’ reach and when he figures it out, there will be hell to pay! 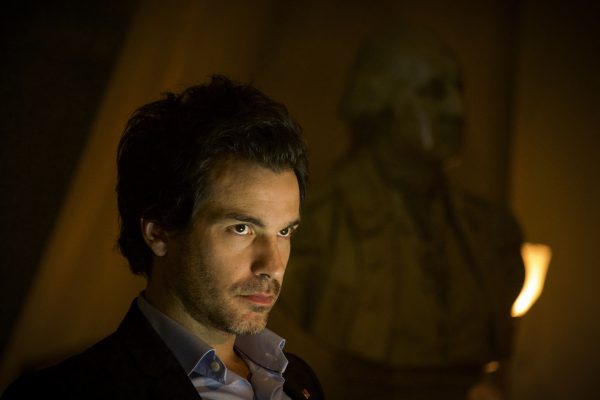 With the world already in chaos, Bennett and his desire to take back the presidency, is throwing the world into a whole other level of turmoil. Bennett just oozes bad news and he will stop at nothing until he takes down Darius, Grace, Harris, and Madam President. This show is about a deadly asteroid falling from the sky, but there’s so much more going on. Salvation is doing a fantastic job of not only keeping the issue of the asteroid in our minds, but giving us even more drama to chew on by adding different elements from various characters. It’s really greatly written! War is coming and this guy is leading the charge. Will he win or will Darius and Madam President be able to keep a secure grasp on the government? Whatever the outcome, the moments in between are not going to be pretty. 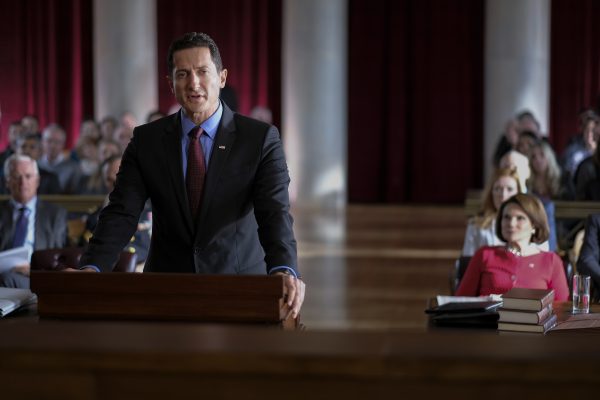 And then there was… Claire

Bennett takes everyone to court and despite everyone putting in their best effort, Bennett makes a pretty compelling case. We see that Grace makes the choice to lie under oath, something that was very hard for her to wrap her mind around. I was pretty convinced by her testimony.  She shouldn’t worry too much. Like Harris said, ” No body. No crime.”. Right? Wrong! Just when we think that things are starting to turn a corner for the better, the unthinkable happens. Claire’s body is found!

I really thought Grace’s dad would have done a better job of hiding Claire’s body. I mean really, you just dumped her into the river and called it good? What were you thinking? This moment practically brought me out of my chair, I couldn’t believe what I was seeing. And, of course, she has a bullet hole in her. If things were bad before, this just added icing to the already horrible cake! I’m not sure what impact this is going to have on Grace and Harris, but I am sure it won’t be good. With a body found, there can be more of an investigation and that will lead right back to Grace. It turns my stomach just to think about what will happen!

The emotional wreck that is, Grace Barrows, was a huge part of, “Crimes and Punishment”. And, really, it’s been weighing on us every episode, so far. Grace’s conscience is struggling over the fact that she has killed Claire. You can just see it tearing her to pieces and she has no one that she can lean on. Harris is cold and calculated. He knew that she did it in order to protect him, it was necessary. Harris is indifferent and Grace continues to struggle. Grace is also unable to tell Darius, for obvious reasons, as he is the Vice President. This leaves her completely alone. It’s rather devastating to watch her go through this. Jennifer Finnigan, who plays Grace, is an amazing actor. Finnigan nails every emotion, struggle, and triumph that Grace goes through. Your heart aches for Grace, but it also celebrates her victories. 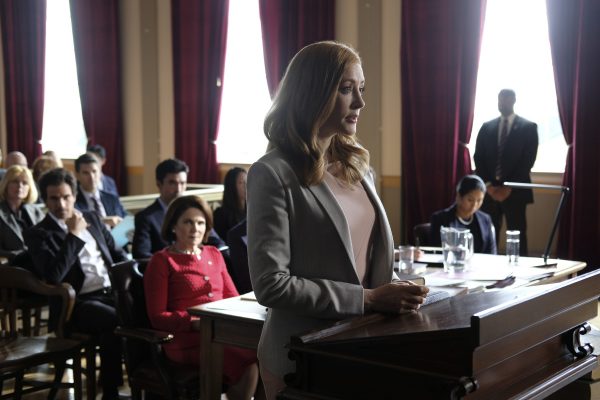 Everything about Salvation: “Crimes and Punishments”, sucked you into the story. It made you want to pull your hair out and also jump for joy. I had a few moments where I wanted to slap Liam and tell him to get his head straight! I shall suppress that urge, for now. And, just when you thought you couldn’t take anymore, “Crimes and Punishment”, throws the biggest curve-ball ever! The episode couldn’t have been any better. Which means, I am dying for next Monday to be here already! Will you be watching?