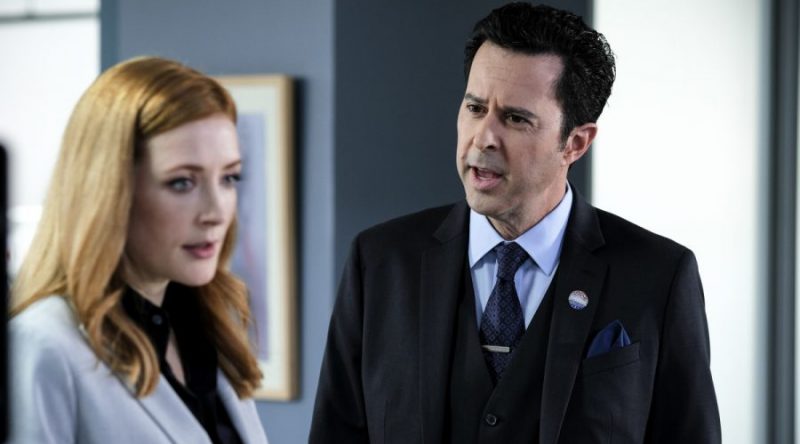 Alright, Salvies, it’s time for a little review and a splash of preview for Monday’s episode. Let’s dive in and hit some of the major points of last week’s episode, “Indivisible”.

Salvation has done a fantastic job of keeping us on our toes and begging for more. And, the punches just keep rolling in! Last Monday, on Salvation: “Indivisible”, the country was going to war with itself. Bennett was doing everything in his power to turn the people against Madam President and her team. He’s doing a pretty dang good job of it considering he’s got his own army of people who are now trying to take her down.

During an emergency meeting, Darius and Harris have very different ideas on how to handle the situation. With the Chief Justice hospitalized, the outcome of his verdict is still unknown. Grace makes the decision to go to the hospital and get his ruling. Little did she know that it was going to be one of the most dangerous missions she has ever been on!

As Grace races to the hospital, Liam and Darius are struggling with some trust issues. Darius doesn’t know who’s side Liam is on and if he is able to do what needs to be done in order to save the world. Turns out, Liam feels that Darius has changed and doesn’t even know what he is fighting for. Liam decided that his best bet is to go back to Resyst and take up their torch. This has some huge ramifications and some that we don’t even know yet. Liam has just completely betrayed Darius and Jillian. Jillian drops the biggest bomb ever as she gives Liam back the ring he gave her. How can she trust him after he decides to go back to Resyst? There’s no way! Liam has just burned so many bridges and I am not sure he can come back from that.

The show’s not complete without a big bang at the end! And, I mean that literally. Grace finally gets Chief Justice’s statement, which took an antagonizing long time to drag it out of him. I was all sorts of jumbled nerves. Chief Justice has ruled that Madam President is the rightful leader, but that is not stopping Bennett and his goons from storming the hospital. The hospital is thrown into chaos and Grace is smack dab in the middle of it all! With the help of Claire’s brother, Alonzo, she is able to make it to the roof top to catch a helicopter. Fate has a different plan for Grace and it doesn’t bode well for her. Just when it looks like they are going to make it to safety, the helicopter gets blown to smithereens! What will happen now, with these two unable to get safely home? 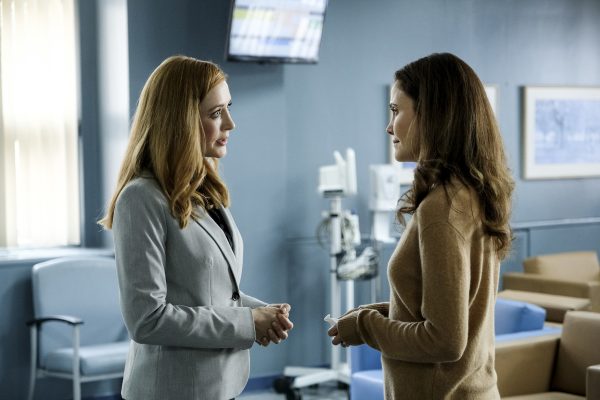 Salvation: “Indivisible”, left us all with our jaws hanging to the ground. Grace’s life is hanging in the balance and we have no idea if she has survived the explosion. The world is in total chaos and there is still an asteroid plummeting towards everyone. With such division, how can the world come together in order to save it?

Liam is back with Resyst and it looks like they have taken him back with open arms. They are continuing their work to stop the asteroid, which of course, we are all thrilled about. Does Resyst have some sort of ulterior motive? I sure think so, but what is it and who is leading them? Things are not going as smoothly as they hoped and when trouble strikes, they call in Liam for help. Who’s causing problems for them and will Liam be able to save them?

Grace is in serious danger and she is only going to be able to survive with the help of Alonzo. She has to form an aliance with him, but she has to be careful to not reveal too much about her. She did kill his sister after all. Maybe, after getting to know Grace, Alonzo will be able to be trusted with the truth. It sure as hell is going to make things way more complicated, but if anyone can make it work, it’s Grace! The fate of the country rests in their hands and they have to survive whatever comes next!

Salvation is all new Monday night! Make sure you tune in for another exciting episode, “White House Down”. Danger is everywhere and who knows what will happen next. Tune in to CBS at 9/8c tomorrow night and find out who survives and who doesn’t!