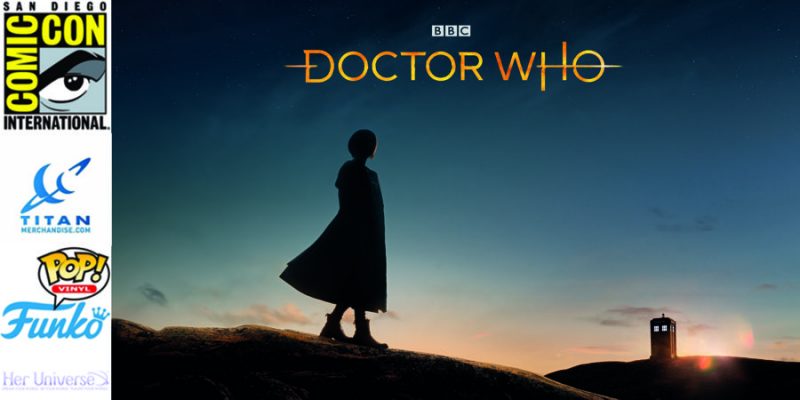 I go to San Diego Comic-Con for a lot of reasons and they’re pretty obvious reasons. I love science fiction and I watch too much TV (yes, they say that’s a thing). One of my favorite and longest-running franchises is Doctor Who and my first stop is always the BBC America booth. This year, like years past, I have a shopping list both for myself and for my TARDIS-loving family.

With the new Doctor regenerating into female form (finally!), my home filled with a wife and daughters is doubly excited for this year’s offerings. After all, the one constant that’s kept the show alive for so long is change. As much as we hate to see our old favorites go, we’re just as excited for what’s to come. And this year, I think that excitement has reached record levels, so line up early at the BBC America booth.

Here’s a hot-off-the-presses press release giving more details about how you’re going happily to part with your money. Don’t worry, I’ll be right there in line with you looking to buy all the Doctor Who things.

New York, NY – July 11, 2018 – BBC Studios today revealed the first look at the new toys and apparel for the upcoming season of Doctor Who, starring the first female Doctor, ahead of San Diego Comic-Con (SDCC).

Following Comic-Con, remaining supplies of both TITANS will be available to buy at Hot Topic and shop.BBC.com in the U.S. and from Forbidden Planet in the UK. Pending availability, pre-order for these opens after the close of SDCC 2018 on Monday, July 23. 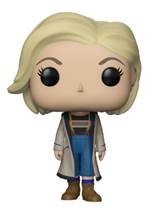 Her Universe makes it easy to be the Doctor!

BBC AMERICA will host a Doctor Who panel on Thursday, July 19 at 11:45am PT in Hall H, introducing Jodie Whittaker as the Thirteenth Doctor. Marking a new era for the legendary Time Lord, Whittaker will be joined on the panel by two of her Doctor Who co-stars, Tosin Cole and Mandip Gill, who play Ryan and Yasmin respectively, as well as award-winning series showrunner Chris Chibnall (Broadchurch) and executive producer Matt Strevens (An Adventure In Space And Time). BBC AMERICA will also have additional exclusive Doctor Who merchandise from BBC Shop available at booth #4129.

Well, that should be enough to satisfy your Whovian cravings for now. And if it isn’t I’m sure there will be much more Doctor Who merchandise materializing in the near future.

For the latest on Doctor Who and LIVE updates from Comic-Con, follow me, Tom Gardiner (@Thogar), and definitely follow Michelle Harvey (@CONtessa_966) for her insightful reviews and convention reporting!