At SDCC, the Warner Bros panel revealed the latest trailer for Fantastic Beasts: The Crimes of Grindelwald. The series left off with Gellert Grindelwald (Johnny Depp) in custody thanks to the help of Newt Scamander (Eddie Redmayne). In the SDCC Crimes of Grindelwald trailer, we see that he has escaped MACUSA and is wreaking havoc overseas. In order to thwart Grindelwald, Albus Dumbledore (Jude Law) enlists Newt to help in the fight.

During the panel, the cast discussed the making of The Crimes of Grindelwald and introduced the latest trailer before being interrupted by a surprise guest: Johnny Depp in character as Gellert Grindelwald. Grindelwald (Depp) used this panel to mesmerize the audience promote his agenda for the revolution stating “We who live for freedom or truth the moment has come to rise up and take our rightful place in the world.” Later, the cast also discussed how they would use magic for good with Zoe Kravitz claiming she’d use it to impeach Trump while Ezra Miller would use it to topple the patriarchy. Two very noble and good uses for magic in my book. (deadline.com)

The Deathly Hallows and Grindelwald 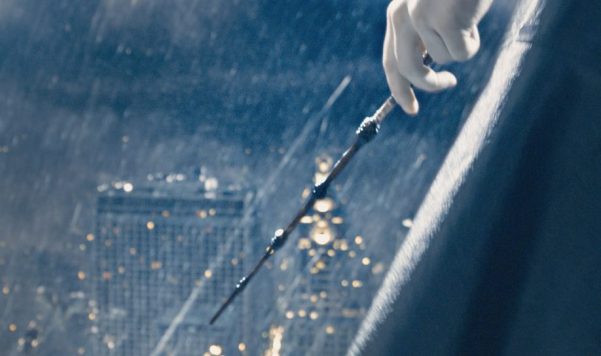 The Elder Wand in Grindelwald’s possession in Fantastic Beasts: The Crimes of Grindelwald (Image from pottermore.com)

As you can see from the photo above, at this point in Grindelwald’s history, he is already in possession of the elder wand. Though he later loses the wand to Dumbledore in their famed showdown, that doesn’t happen until 1945. Unfortunately, this means Grindelwald has a couple decades to do his damage with it.

As Grindelwald already possesses one of the Deathly Hallows, he is probably on the hunt for the remaining items. Though there is no word yet on the invisibility cloak, the SDCC Crimes of Grindelwald trailer introduces the famous (and immortal) alchemist who created the philosopher’s stone, Nicholas Flamel. It wouldn’t be too far a stretch to think Flamel might know a thing or two about the resurrection stone. This could be an indication that Grindelwald is getting closer to completing his collection. Will Grindelwald manage to get the stone as well?

New and Returning Beasts and Characters

Fantastic Beasts, of course, would be nothing without its beasts and luckily for us, we see a couple good ones in the SDCC Crimes of Grindelwald trailer. A couple of our old favorites, the niffler and Pickett, will be returning for this second installment, and we’ll also get to see a couple new beasts from the wizarding world who could pose a problem for Newt and his friends. 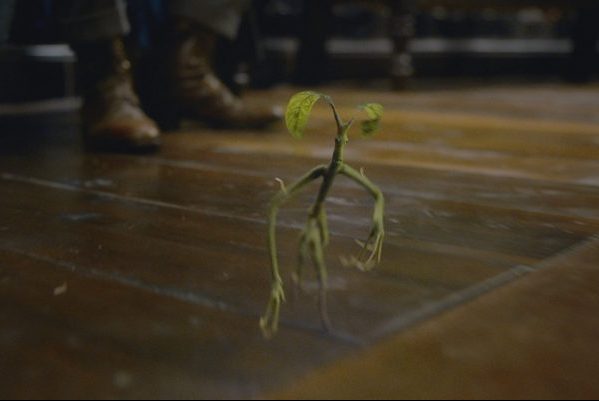 Pickett returns in Fantastic Beasts: The Crimes of Grindelwald (Image from fantasticbeasts.com)

Most importantly, however, some of our favorite characters will be returning in this second installment. At the end of Fantastic Beasts and Where to Find Them, it seemed Credence had vanished into oblivion while Jacob and Queenie were separated thanks to Jacob’s muggle status and loss of memory. In the SDCC Crimes of Grindelwald trailer, however, Credence returns with his Obscurus while Queenie and Tina end up in Paris. But best of all, the muggle, Jacob Kowalski, will be returning and joining Newt and the others overseas. What new adventures await the group and what new beasts will we get to meet?

Fantastic Beasts: The Crimes of Grindelwald comes out November 16.