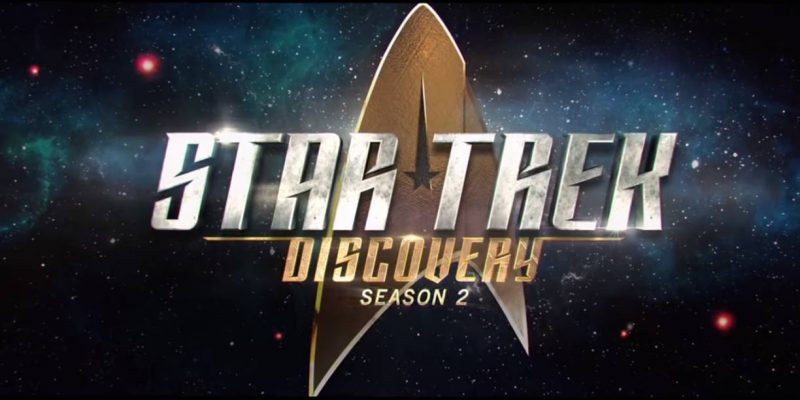 Calling all Trekkies! If you broke down and paid your monthly fee to CBS All Access to watch the first season of  Star Trek: Discovery, you’re probably getting a little antsy for news about Season 2. Never fear – we have the First Look Trailer that was released at SDCC today! While I’ll certainly miss Jason Isaacs, the ship’s new captain, a familiar name, should bring additional excitement to the crew!

The panel kicked off with a first-look trailer of the season two premiere and a couple big character reveals. “I can tell you that yes, you will be seeing Spock this season.,” series co-creator and executive producer Alex Kurtzman divulged. In addition, it was later revealed that Rebecca Romijn is joining the season in the role of Number One.

Kurtzman shared that the upcoming season will sync up with Star Trek canon. “You will get those answers next season, guaranteed. You’re just not going to get them the way you expect them,” he teased. “So much of what is happening over the course of season 2 is going to test [the characters] constantly. They may even have to make choices between their real families and their Star Trek families. Family theme is going to be a huge part of it.”

In addition, Kurtzman announced that the show will offer four 10-15 minute individual films, called Star Trek: Short Treks, a spinoff of individual stories beginning in December. From Deadline: Rainn Wilson will return to play Harry Mudd in a short he will also direct, and Aldis Hodge will star in another as Craft, a man who finds himself the only human on board a deserted ship. Additional episodes include a deep dive into Saru’s (Doug Jones) backstory as the first Kelpien to join Starfleet, and Tilly’s (Mary Wiseman) journey aboard the U.S.S. Discovery and her friendship with an unlikely partner.

Kurtzmann added, “There is no shortage of compelling stories to tell in the Star Trek universe that inspire, entertain, and either challenge our preconceived ideas or affirm long-held beliefs, and we are excited to broaden the universe already with Short Treks. Each episode will deliver closed-ended stories while revealing clues about what’s to come in future Star Trek: Discovery episodes. They’ll also introduce audiences to new characters who may inhabit the larger world of Star Trek.”

Follow threeifbyspace for all the biggest SDCC news and interviews!