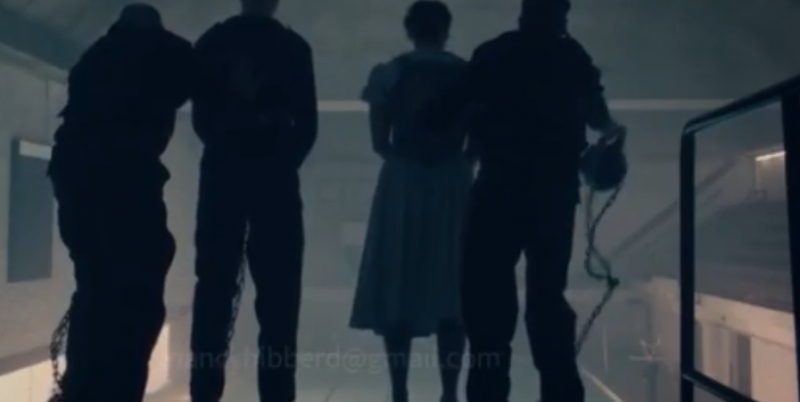 After this week’s episode, I doubt whether there was a dry eye (or breast) in the house. The show’s continued strength in portraying the incredibly strong bonds that exist between a mother and her child were played out in spectacular fashion. From an opening shot of the beautiful newborn bathed in sunlight to the union of June and Serena united in common purpose, it was all about female power. Does mother know best all the time, or do new rules and barriers have to come down? What in hearts and households needs to change so that children may grow up safe, healthy and truly loved? In the house of Waterford, it seems all bets are off and the tides keep changing from week to week. Is the woman who demanded her husband rape the surrogate worthy of holding that child in her arms? What kind of father will Fred be, parent to a daughter? What fates await Eden and Emily, shackled to obedience in very different ways? Let us pray. 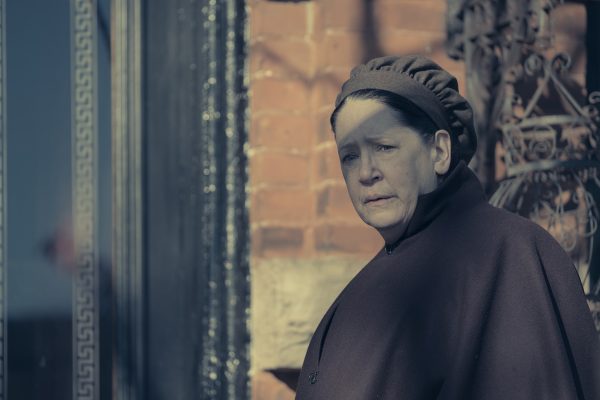 Breast is best seems to be the philosophy in Gilead. The warm madonna cradling her newborn in the sunlight of a nursery gives away to June’s breasts being milked for all their worth in a cold sterile environment. The signs of postpartum depression are etched on her face. Gilead’s ideas of separating the mother from her child has a recurring problem, with June delivering less and less milk. How typical that the society that venerates motherhood has so little regard for the mother post delivery. Is Gilead raising a generation of babies who will never know the nurturing effects of natural breastfeeding? Will their psychological health be at risk? Aunt Lydia’s statement that “one can’t let the perfect be the enemy of the good” digs into the bedrock of the new world.

June has become a heroine of Gilead ideals with her natural, solo delivery. With many families requesting her handmaid duties for the future, it is not a world where the celebration lasts long. I was simmering with frustration and anger as Aunt Lydia offers June a cupcake for all her efforts. Wow, June’s been a “good girl” and is rewarded like a child who has finished all her dinner! The continued infantilizing of women is echoed with June’s bald comment that she should get the whole cake! “Prideful girls get nothing,” chides Aunt Lydia, admonishing June. That’s right, we are only as valued as what are our organs can do. Blessed be the uterus, for as soon as June is all healed ” down there”, it will be off to the next family. Even the flavour of the cupcake is depressing. Bran!

With all the buzzing around June’s breasts and Serena treating the newly named Nicole like a doll with the ever-changing wardrobe, the new father reaps the spoils of victory with an expanded office. For a world that subjugates women in so many areas of their lives, the men actually do very little. They strut around with arrogance and superiority, keeping law and order intact. With Fred’s sterility the elephant that he carries into every room, he is a powerful man with no seed to continue his legacy. Keeping Nick close with promises of a bright future puts the two baby daddies in a situation in line with a bizarre Maury Povich. Fred, you are not the father! Praise be to Nick, commanded to hang the Waterford family portrait and keeping his temper in check. Another mind game, Waterford style.

My Cups Runneth Over

Life is fluid. Blood keeps us warm, water stabilizes, cools and slakes thirst, and breast milk is like a tide, ebbing and flowing. Traumatized by Nicole’s absence, June’s mammaries dry up, yielding so little milk to keep the baby healthy and fed. I ached for June, being tortured in the church with Fred holding the child. Aunt Lydia’s suggestion that being near the baby would “prime the pump” proves accurate. Seeing her baby’s face has the desired effect, with June spontaneously lactacting. By the rivers of Babylon! And June returns to the Waterford house to keep her breasts viable and producing. “May I be worthy.” The whole scene feels like chess pieces moving around a board, The battle returns all to the castle.  And Queen Serena is displeased! “Did you let her touch my child?” The rules are laid down, with no contact and pumping to be done in June’s room. Away to your cell, you milky sop! 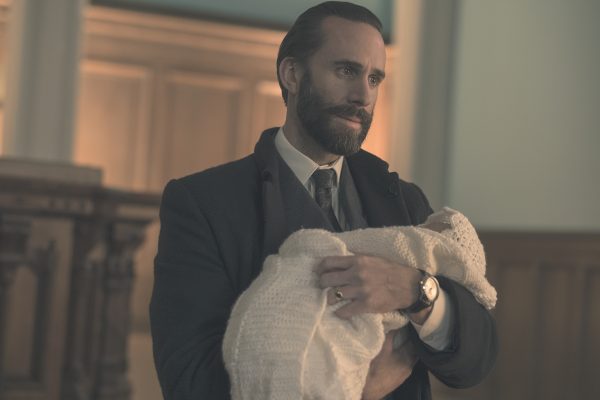 Emily has a new household to serve. Her eyes speak of so much pain and unspoken rage that she can barely speak. I have always loved Emily because she and June were such rebels with causes, thumbing their noses at Gilead society, speaking words they didn’t believe for the sake of the greater good. Even in the colonies, nothing could stop her will to survive. We meet Commander Joseph Lawrence, played with a calm malevolence by Bradiey Whitford. I have been a fan of his since The West Wing. His sarcastic understated words to Emily reveal that he is not all he appears to be. Exchanges of pieties like “Blessed be the fruit” are met with “Super.” What? Do you we have a non-believer at the head of this household? Even when Emily is caught reading, it has no punishment attached. Little truths peak out in this house of shadows. 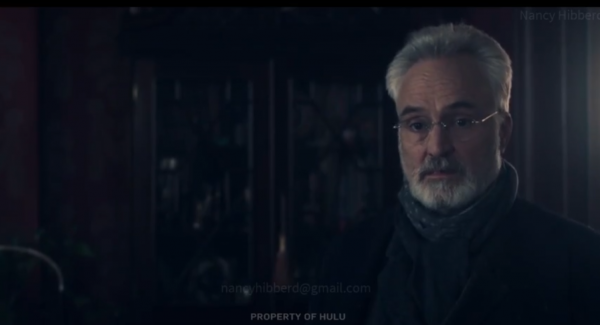 This Litlle Light of Mine

Pain brings the oddest people together. June and Eden are leading double lives. The ancient bonds of sisterhood and the feminine community unite them in speaking their truth. While June is the other woman in Eden’s relationship with Nick, Eden has found another that shares her heart. You can see that the pain of June’s presence has largely left Eden. “What if you had the chance for love and the baby?” she asks. A beautiful question from a soul that is starting to find its voice in the sea of scripture being quoted daily. Eden is such a pure-hearted true believer. When June advises that “in this place, you grab love wherever you can find it”, it forms a bond between them. Truth will out and set you free. Or will it?

Even Nick and June revel in a sunlit moment, like some benediction bathed in holy sunshine. How light and shadow play such important roles in this show is a testament to truth. They speak of taking Holly (not Nicole!) away to play on a Hawaiian beach, eating sand! To have Darth Waterford spoil the reverie is so typical of the darkness Fred brings. Isaac is missing. And Eden is, too!

The news of Eden and isaac’s disappearance brings out the worst in Waterforld World. For Fred to accuse Eden of being “swept up in her own selfish lust” is hypocritical and pathetic. With things spinning out of control, even Nicole picks up the vibe and starts bawling. Smart girl, she knows what’s going on! No amount of “good intentions” from Serena will do, as the new “mother” offers a dry breast to comfort her. No milk, no succor, no satifsfaction.

June finds a little piece of heaven for herself, inhaling Nicole’s scent from a laundry basket filled with her clothes. Nothing like new baby smell to kick in all the love in the world. Enter Fred with his slimy, insidious questions. Fred wants some kind of reward for letting June see Hannah, like a pimp and sugar daddy. Joseph Fiennes has played Fred with an oily, creepy air of self-satisfaction that every word out of his mouth is cloaked in selfish desires. Love that June is on to him, and offers up more Scrabble games as a thank you. The subtle level of brinksmanship raises the game between these two, and you know the match is not over by a long shot!

Emily’s encounter with Mrs. Lawrence is like something straight out of Jane Eyre! The mistress of the house accuses her huband of being poisonous and that “you know what you did.” I was immediately reminded of Mrs. Rochester being locked in her room, mad as a hatter. But this lady is speaking truth that no one wants to hear. Captain Lawrence’s urging that “we value privacy in this house” is both ominous and final. Yet his conversation with Emily hints at secrets and less pious behaviour. Emily’s past is laid bare, only the Commander ain’t playing at sin and redemption. What does he want from Emily? What is her role in this house to be? The cruelty of the comment that ‘losing a child is like losing a limb” hits Emily hard, with her female genital mutliation hanging in the air with a permanent scar on her heart. Under His Eye? Yeah, sure!

The Devil and the Deep Blue Sea

I cannot express how much the next scene had me crying and left joyful in the same breath. For out of the mouths of babes comes truth, purity and grace. Eden and Isaac are found, and several residents of Gilead show up to witness their execution by drowning. For Serena to bring Nicole is madness. The baby’s cries serve as a devastating soundtrack for what is to come. Dear blessed Eden only wanted to be a good Gilead wife and bear her husband’s child and be loved in return. She commits the “unforgiveable sin” of finding that love with another. Yet her heart remained pure, her belief in God’s love and mercy untainted

She walks with grace to her final rest unconvinced that she has done any wrong. The cycle of life from baptism to death by drowning, held down by earthly chains and weights sets her and Isaac free from this mortal coil. And how the assembled masses cry, their tears too late and compassion wasted. Serena, Nick, Ruth and June are filled with horror. Eden looks like an angel at the bottom of the pool. She quotes 1 Corinthians 13:4-8a, finding kindness and love in the bible verses, not ones that keep women in their “place” and justify cruelty. Go with God, dear girl. Sydney Sweeney was a revelation in this episode and I applaud her bravery, truth and open-hearted embrace of her character. Bravo!

Eden’s death leaves the Waterford house a place of little comfort. Nick finds no peace with June, guilt washing over him like a rip tide. But there is is light at the end of these dark hallways. Serena and Nicole are having another diffficult night, with the tears of the afternoon’s horror still fresh in Serena’s eyes. She knows that the world she helped create is fundamentally wrong. Thank God for small mercies! A bridge over troubled water is built and June is given her darling daughter and permission to breastfeed her. With the three females united in a new-fashioned holy trinity (the Mama, daughter and the Holy Ghost-Mom), the season finale is shaping up to be   a holy war of ideologies.Hallelujah! 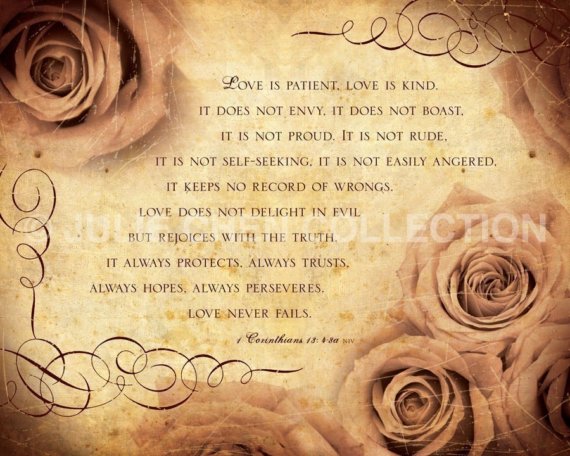