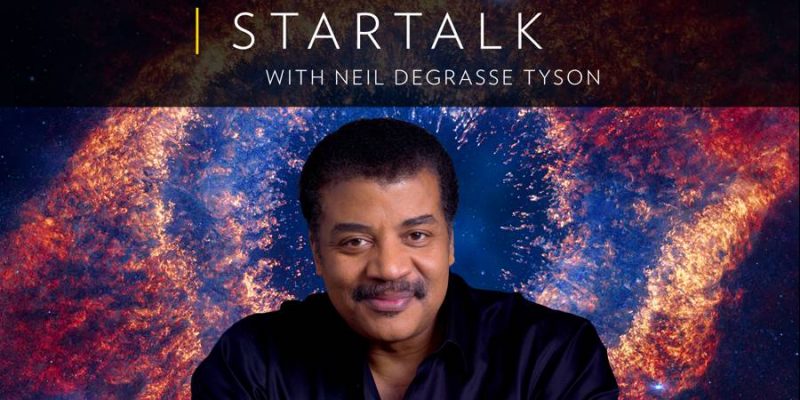 A StarTalk Tasting Event with Neil deGrasse Tyson at SDCC 2018 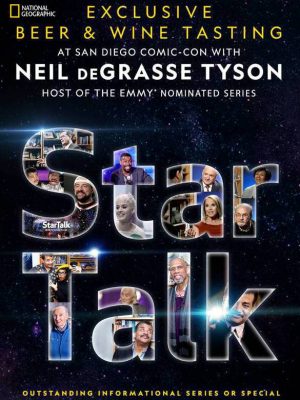 Anyone who’s attended San Diego Comic-Con knows it’s an almost magical time. Filled with fans who’ve come to see the people who create the things we love, those four days are pretty amazing. We at Three If By Space would like to share one of the most amazing events we’ve ever had the honor to be a part of.

The wonderful people at National Geographic were kind enough to invite us to celebrate their Emmy-nominated science-meets-talk-show series StarTalk. This beer and wine tasting event was a small and intimate gathering. With a total of only about 30-40 guests (an unscientific estimation on my part), it was downright tiny especially on a Comic-Con scale.

StarTalk is not unlike a traditional talk show only with a science focus and Tyson as host. He’s usually joined by guests from a scientific field along with a comedian. The comedian provides the kind of commentary that often seems to be drawn straight from your own thoughts. It might seem like an odd combination, but it works spectacularly.

Together, they watch snippets of pre-taped interviews between Tyson and a guest. Sometimes that guest is from the field of science, and sometimes that guest seems like they’re plucked from left-field. But no matter the guest(s), every episode is filled with fun and facts. If you have any interest in science, and you should, I cannot recommend StarTalk highly enough.

The tasting was held on a sunny and beautiful rooftop venue. We arrived early and watched as other guests made their way in. There was plenty of time before our Guest of Honor arrived to make new friends of our fellow guests, so we did. And, no surprise, everyone had a fantastic time.

The tasting tables being set up for the event.

The various beverages available for tasting were all of the highest quality and all really quite good. The spread of food rivaled the beverages in both quality and selection. This was obviously a party put together with great care by someone who really knew what they were doing. There were many comments about how expertly this gathering was organized and I agreed with every single one. 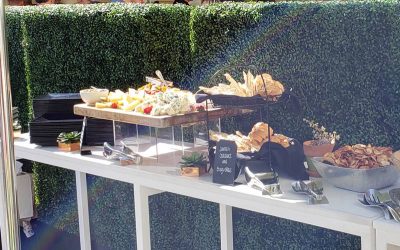 A small sampling of the cuisine (rainbows at no extra charge) 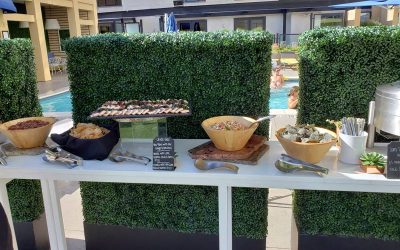 Among the party trappings there was “The Monolith” – A giant Jenga set-up in the middle of the venue that no one dared touch. No one, that is, until the man himself, Neil deGrasse Tyson, showed up. He seemed to appear out of thin air as if he’d just been beamed from space; perhaps he was. Once he pulled out a piece, a sharp-eyed guest wasted no time in joining in as his opponent. Unfortunately, that guest was not myself. As you can see in the video below, Mr. Tyson experienced the thrill of victory and the agony of defeat in a single game. It’s proof that even the best can fail, but we need to remember that failure in science is a good thing. Science learns as much from failure as it does from success. All facts are important, even if those facts don’t support what you think might be true. (For example: I thought Tyson was going to be the victor.)

When the match was over, we were all gifted a copy of the show’s companion book, appropriately titled StarTalk. Each book was signed on the spot by Neil deGrasse Tyson while we held it in our trembling hands. We were also given a gorgeous set of StarTalk-themed tasting glasses so we might relive this thrilling moment again and again. 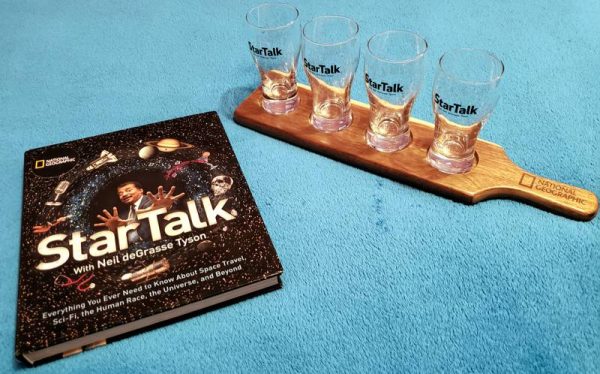 As we basked in the afterglow of this uniquely wonderful experience, everyone agreed it was the highlight of their time at the convention. We will be forever grateful to National Geographic for this moment in our lives. We also owe a debt of thanks to StarTalk and Neil deGrasse Tyson for not only being there, but for keeping us informed and entertained. This was a near perfect evening to celebrate a near perfect show. It was also an event we will all remember for the rest of our lives. 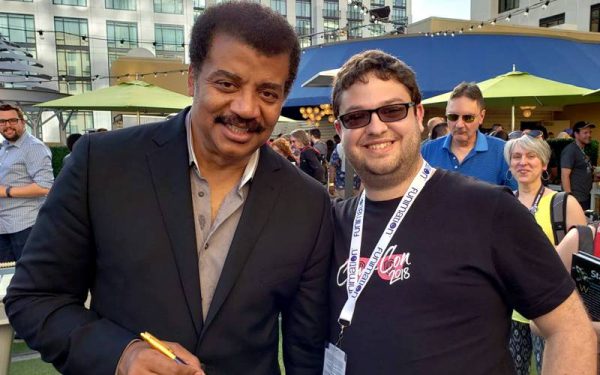 Three If By Space’s Managing Editor, Robert Prentice, getting a photo and autograph with Neil deGrasse Tyson