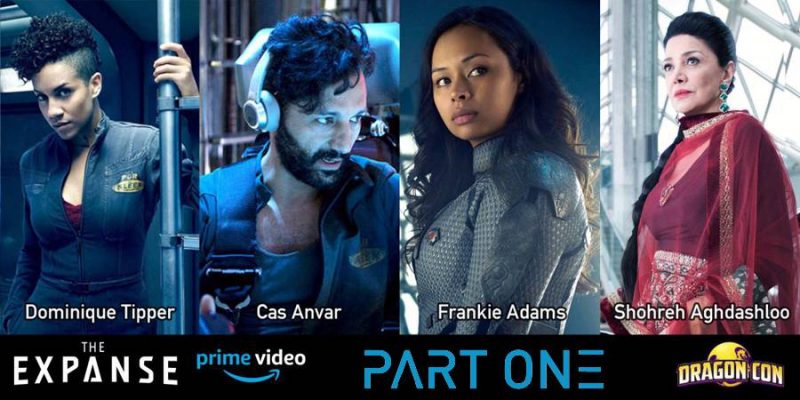 If you haven’t yet heard, The Expanse is reaching its way to Dragon Con this year. Attending for the first time together will be Shohreh Aghdashloo, Dominique Tipper, Frankie Adams, and Cas Anvar. Brush up before the con with our exclusive Pre-Dragon Con interview with Cas Anvar – Part 1.

With cast, crew, and fans riding high on the news that the show was saved from the ring of cancellation by Amazon, this will be the perfect time to meet the crew. Alex Kamal himself, Cas Anvar, was kind enough to grant Three If By Space an exclusive interview to discuss The Expanse and their upcoming visit to Dragon Con.

We had such a great time talking about the show’s new life on Amazon and how excited they are to be attending Dragon Con that we had to double the fun into two parts! Read on for part 1 of our interview and get ready for what will be the best Dragon Con yet.

Hi, Cas! Before we begin, I just want to say how much we appreciate all the time you’ve put in for the fans and for the show.

I really appreciate that. It’s not everyone that takes note and we all love the show and we all do our thing. I love doing stuff for the fans; that’s kind of my thing. I appreciate the nod. 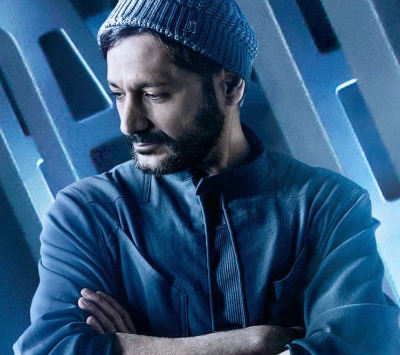 I understand you guys are going to Dragon Con. As I hear it the story is Shohreh and Dominique and Frankie and Cas are going to Atlanta.

What kind of fun do you guys have in store for fans?

We are going to be doing some very cool panels there, that’s what we’re most excited about. Honestly, meeting the fans is kind of number 1 because this is going to be the first time that we, as a group, have actually been around our fans since the cancellation and the pickup.

Will you be doing any signings and photo ops while you’re there?

The panels that we’re going to do, they’re all kind of original, authentic panels that we’ve either never done before or they’ve been done exclusively for our The Expanse fans.

The first one, which has been really, really popular, which started at Caltech is called The Science of The Expanse from A to Zero-G. And that is because the show has been so devoted to doing good science that it has received a lot of acclaim from the scientific community and from the science fiction community.

People love the fact that we do real science. So we’ve done a panel which shows really amazing video clips from all the different scenes from all three seasons of all the incredible science that’s been incorporated into the show to enhance the show. It’s not just like, “Hey look. There’s cool science.” It’s like we literally use science as a character in the show to make the show more exciting. 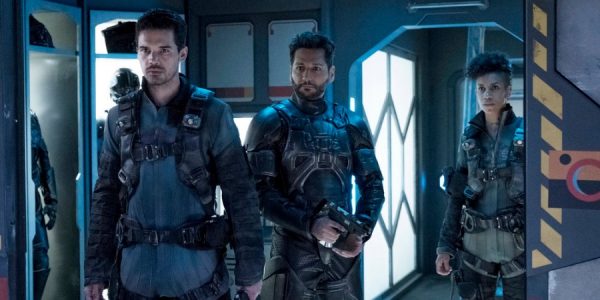 We, on the other hand, not that we want things to be boring, but we say, “Okay. What are the dramatic elements of this incredible challenge of real space that we can use?” And so, if we’re going to travel that fast, and we don’t want to spend 18 months of travel, we have to create ships that are so fast that they can cause incredible damage to the human body. You have to figure out a way. How do you survive a 40g-50g burn because you want to go at one-fifth the speed of light in order to make the trip manageable? What do you have to do? You have to invent technology that can go that fast, you have to invent some kind of drug cocktail that keeps you from dying at that high acceleration. And you also have to figure out how to stop. 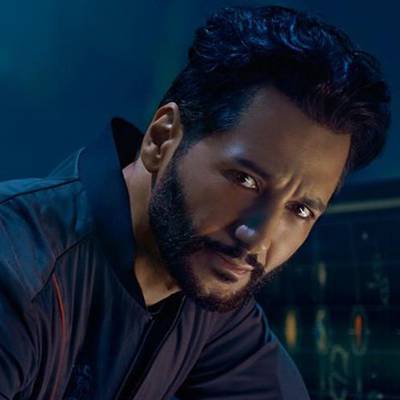 So that’s one of our panels, The Science of The Expanse. The second panel is going to be, because of the actors that I’ll be going with and because Dragon Con actually has this as a mandate, which I didn’t even know until we talked to them, but diversity is apparently a big deal for Dragon Con. They’re making a big to-do about diversity in the pop culture world.

And so we’re doing a panel called The Space Race: The Diverse Mosaic of The Expanse because The Expanse has this pretty … I won’t say it’s unique because there are a few shows that are starting to reflect this kind of diversity, but it’s one of the few shows and it’s one of the first shows to have this kind of immense diversity in its cast. And by diversity I’m not just talking about people of color in pivotal, substantial roles, I’m also talking about women of color and just women in general in substantial roles that don’t revolve around men.

That’s one of the things I’m most proud about with The Expanse is that we have, over the past three seasons, we’ve had eight kick-ass, butt-kicking leading ladies; five of whom have been women of color. And none of whom revolved around a man where the romance was the central element of the story.

They’re all absolutely critical to the survival of the people around them and to the furthering of the plot – each and every one of them. If you pulled them out of the story the entire story would fall apart and that, to me, is something I haven’t seen very often – that many strong female characters and women of color and that many people of color in general in the show in leading roles.

And it’s paid off in proving that audiences want that. They want to see this diversity.

Absolutely. Oh my god, yeah. It reflects the world that we’re in, you know? This is a reflection of the world we’re in and Hollywood has to catch up. Hollywood is slowly starting to get the message, but unfortunately Hollywood … you know what? A lot of people think that Hollywood is racist and I’m not exactly sure I think it’s racist, I think it’s money-ist. They will basically produce whatever makes money. So, if you tell Hollywood, “I’m going to pay a lot of money to do this show. I’m going to stand in line and buy a ticket to see this movie.” You show them that if they put people of color in these shows that you’re going to buy tickets and pay money, they will make those movies.

So it’s kind of up to us to put out the word and say, “Build it, because we are going to show up.” Hollywood might not be very brave and bold. They might not be forward-thinking; they’re more reactionary. They will wait until it’s a guarantee they will make money rather than, “Hey, you know what? Why don’t we do shows that reflect the world we’re in? I have a feeling it’s going to make money.” They won’t do that. That’s the truth. They wait until it’s a guarantee, but it’s still up to us to demand it.

You said you were having three different kind of panels. You talked about the science and the diversity … 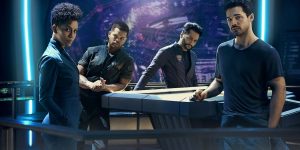 The diversity panel, we’re going to show the four characters that we play, how they impact the show, and how the diversity in The Expanse affects us as actors and also what it means to us as a culture, as a people. And we’re also going to give the opportunity to the audience to chime in on what it means to them to see this type of show where you potentially see your own face reflected on-screen – maybe even for the first time.

I know growing up there’s been lots of times when I was younger where I never got to see someone like me on TV unless they were a bad guy – unless they were a drug dealer or a terrorist or something that was completely unappealing in a two-dimensional cardboard type of presentational format. But to actually see a heroic, three-dimensional, fleshed-out, layered, rich, human character that looked like me? I had to wait a long time. And we all want to hear our audience’s take on what it’s like to potentially be seeing their own faces reflected in the show and how it impacts them and what it means to them.

And then the third panel is going to be a more general panel. A little more fun, a little more upbeat. It’s where the audience gets kind of a free-for-all. They get to ask all the questions they want of us. They get to hear all the funny stories and bloopers and the most embarrassing moment you’ve had on set. Any questions that they’ve been dying to ask, like what you’ve always wanted to ask, but were afraid to ask.

The Expanse season 4 will be shown on Amazon Prime Video, time TBD