Fans of NBC’s exciting time travel show Timeless have been campaigning for the show to be saved. Sadly that has not happened, but NBC has ordered a two part finale. This is a big relief. It is so frustrating when a show is cancelled with loose ends hanging out all over the place. The season 2 finale left us with a whole bunch of unanswered questions and a set up for some fascinating drama in season 3. Knowing the show was cancelled has been traumatic for fans of the show.

The last episode was drama and action packed as usual.

I know I felt Jessica’s (Tonya Glanz) and by default, Wyatt’s (Matt Lanter) betrayal very strongly. Wyatt, turned away from Lucy (Abigail Spencer) right after they got together when Jessica reappeared from the dead. When we found out that Jessica was a double agent the betrayal went that much deeper.

Jiya (Claudia Doumit) ends up lost in time after Jessica kidnapped her to pilot the lifeboat. She sends a message to Rufus (Malcolm Barrett) in Klingon (proving how perfect they are for each other) letting them know where to find the time machine. She also tells them not to come to get her. Naturally, they ignore her request, find the lifeboat and head out to 1888 to save her. 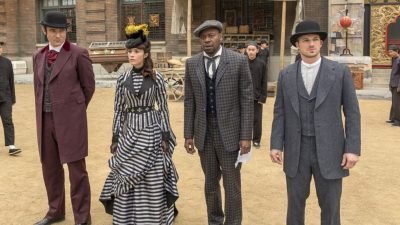 The reason Jiya didn’t want them to go get her was because she knows that Rufus will die in 1888. When she sees them she is horrified. They are able to avoid the death she saw in her vision, but he dies in another way. It is such a tragedy. How can they leave 1888 without Rufus? They don’t have a choice. 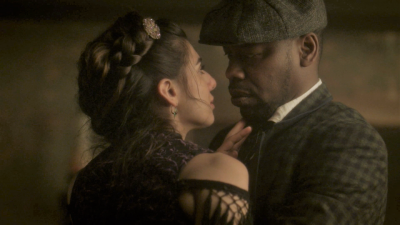 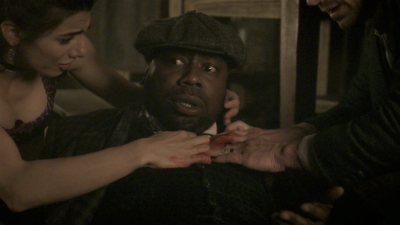 Back in the present time, everyone is suffering from the tragedy. Wyatt is clearly feeling very guilty about his role in the situation. He finds Lucy and sits down next to her apologizing for his part in what happened and taking responsibility for his part in messing things up between the two of them. Lucy handles it way better than I would, I’m not sure I’d be able to accept anything from him, she is very gracious. Then he tells her that he loves her! I wanted to punch him!! 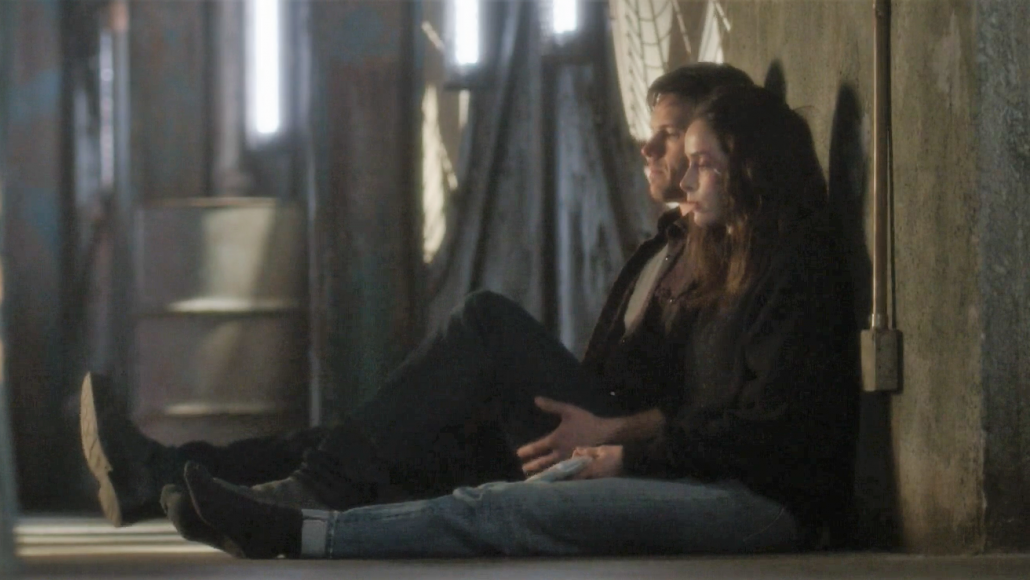 The episode ended with a time machine popping into the bunker, it was a time machine that they had never seen. The doors opened up and Wyatt and Lucy got out, but they were different, more badass. Time travel and all the ways time twists and turns on itself is so confusing to me, but one thing I’ve always thought was definite is that time travelers cannot exist in the same place where they currently are. How is it that they can be standing in that time machine while they are standing outside of it too?! Wyatt and Lucy 2.0 are there looking down at everyone looking amused and Lucy says, “You guys wanna get Rufus back or what?” That’s were it ended. 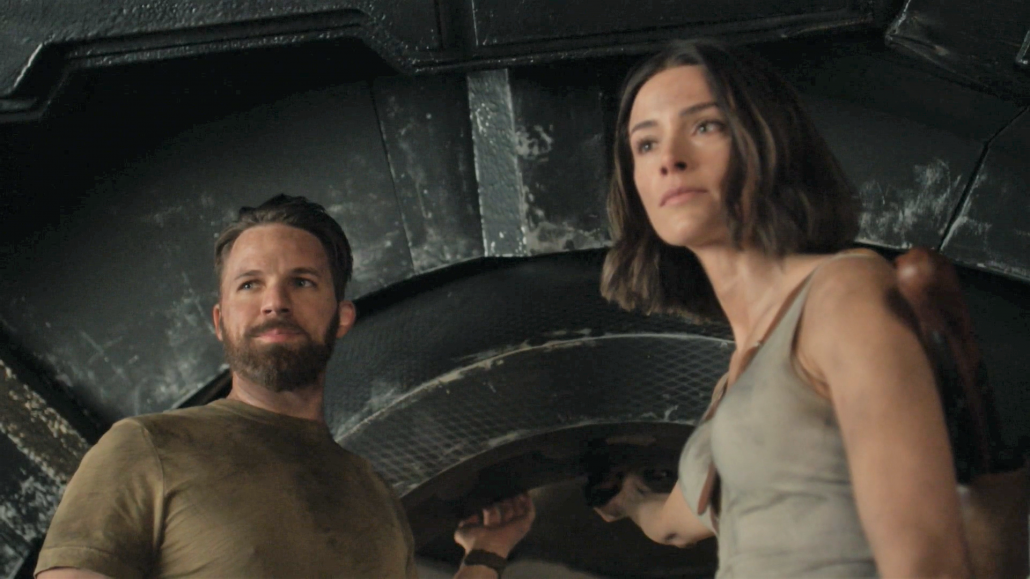 I’m glad we will have a chance to have some closure on the story. I hope they get Rufus back, I want to know how Lucy and Wyatt are there in duplicate, and I want closure on all the story lines and relationships.

The two part series finale is set to air during the holidays.