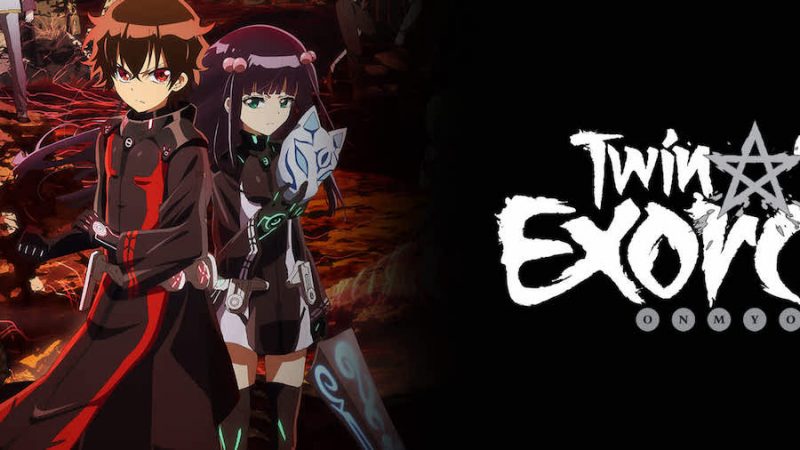 Rokuro Enmado is a young boy who used to be a powerful aspiring exorcist, before a tragic incident left his friends dead and made him abandon the profession. One day, he has a fateful encounter with Benio Adashino, a girl around his age and a well known exorcist from the east. According to prophecy, Rokuro and Benio are the “Twin Star Exorcists”, and are destined to marry and have a child known as the Miko, which will be the ultimate exorcist, capable of cleansing all evil spirits, or Kegare, from the world and ending the war that has lasted over a millennium.

This fun supernatural/fantasy series comes to us from Studio Pierrot. The animation is incredibly beautiful, although there are some moments that reflect some poor animation. This isn’t uncommon with anime these days but when the series animation does shine, its attention to the small details are additions to the story plot. The action sequences are great as well. 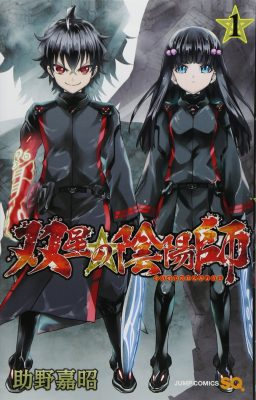 Twin Star Exorcists is a mix between Romeo and Juliet with Constantine. The Kegare and Exorcists have been fighting for centuries. Rokuro stopped being an exorcist after a tragic event in his past left him unable to bring himself to fight again. Benio lost her parents to a Kegare at a young age, and her brother in an accident but she remained an exorcist vowing to purify every Kegare in existence.

Rokuro and Benio are told they are the “Twin Star Exorcists”, and that they will be the parents of the child destined to save the world. Both being 14 years old, they didn’t take to that prophecy all that well. To make matters more complicated they have a connection to each other they never knew about until now. As they both grow and learn more about each other, a new kind of Kegare makes an appearance.

The musical score from the opening, ending and fight scenes are both modern and unique. Part 1 covers the first 13 episodes of the series. The english dub was commissioned by Crunchyroll. Some big names were pulled for the main cast including Bryce Papenbrook (Attack On Titan, Sword Art Online) as Rokuro, Cassandra Lee Morris (Sailor Moon, My Hero Academia) and Todd Haberkorn (Fairy Tail) as Ryogo. Not all of the cast selected fit the characters though. I have the utmost respect for all the hard work and talent that goes into voicing a character. But for me, having watched the sub first, the voice for Mayura just doesn’t fit.

Twin Star Exorcists is being distributed on home video by Crunchyroll in partnership with Funimation. The part one collectors edition comes with a collectors box designed to fit all 4 parts once they are released. The special features on the blu-ray include:

We give the series a 4/5 stars. Its entertaining and fun to watch. It has beautiful animation and great musical score. The cast selection for the english dub could use some work. The extras included with the set are basically zero, making the added expense for the box itself, not really worth picking up that edition. You can pickup your copy over at the Crunchyroll store, Amazon or Funimation.com.