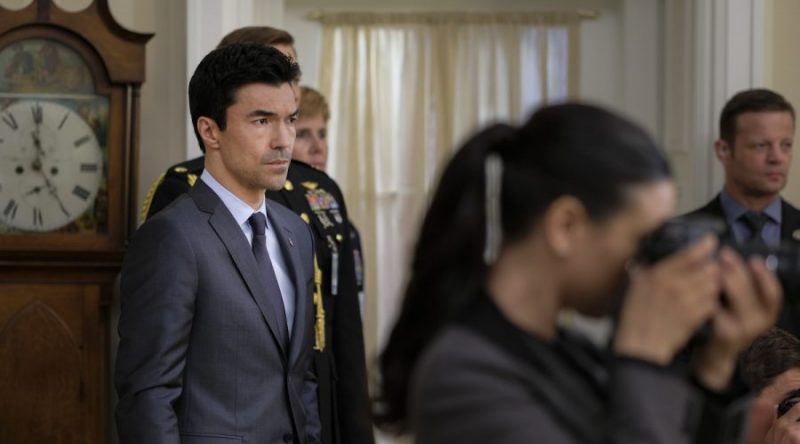 Darius Tanz is now President? And, going mad with power? Monday night’s episode of Salvation: The Madness of King Tanz, was appropriately named. Half way through the episode, we were all left with this dread that Darius had indeed, gone mad!

The episode starts off a bit of a somber note, as Darius makes his first speech as President and also remembers President Mackenzie. Darius vows to get whoever killed her and there is a scary look in his eyes. Harris and Grace look a bit concerned by his comments, but it’s not until a little later that we see how far gone Darius really is.

The Madness of Darius

Liam heads to see Darius in order to broker peace between him and Resyst, but Darius will not negotiate. He believes Resyst killed Mackenzie and will stop at nothing to destroy them. He even goes so far as to arrest Liam. Although, let’s be honest, Liam is a bit naive believing that Darius is going to trust him in any way. Remember what Darius said Liam, “There is no us”, you chose you side. Deal with it.

Things continue to get worse for Darius as it seems that his crazy is getting out of hand. It seems that he only has one thing in mind and that is destroying Resyst. With his new-found power, he has the ability to make that happen, but not everyone is willing to help him do it. With no proof that Resyst was actually behind the assassination, he is acting like he is on a personal vendetta. Grace is the first to take a stab at getting him to come down from his power trip and be reasonable. But, Darius won’t listen to reason and this leaves Grace with only one option: resigning. 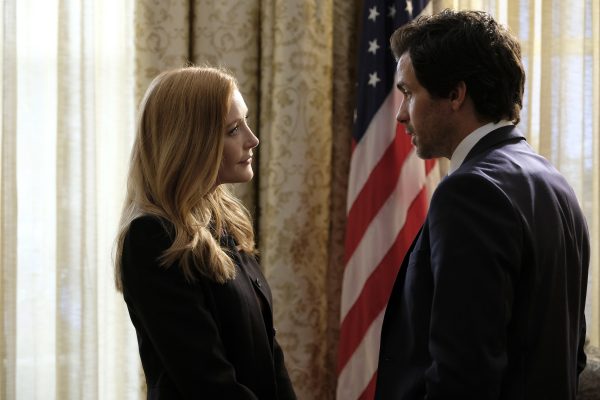 At this point, you are just freaking out because you have loved everything about Darius. Now that he is President, he seems to have totally lost his mind. Is this the Darius we are all going to be stuck with? How will he save the world from the asteroid when revenge is all he has on his mind? Can anyone get through and bring back the Darius that we have all come to know and love?

The Truth Shall Set You… Free?

Not one, but two secrets came out on, “The Madness of King Tanz”, and man were they juicy! Secret number one: Harris’ girlfriend, Fiona, is totally bad! And, I don’t want to toot my own horn, but I knew it! It felt very satisfying knowing that I was right. Turns out she has a chip in the side of her neck and was being controlled by someone. Who that someone is, no one knows, but Harris is not going to give up. Harris doesn’t take the betrayal very well, or maybe he takes it perfectly. He leaves Fiona tied to a chair where she was going to experience massive pain. And no, she won’t be getting any anesthesia. You are cold Harris and I applaud you!

Secret number two isn’t much of a secret for us, but for Aonzo its devastating. As if things weren’t bad enough, Grace’s world comes crumbling down when Alonzo discovers who has confessed to murdering his sister. No, no, it was not Grace herself, but in fact her father. To say Alonzo was livid is an understatement. Especially when he breaks into her house to wait for her. If this doesn’t scream trouble, you are an idiot! Oh wait, guess Grace didn’t get the memo that you are supposed to run from men who break into your house and wait for you in the dark! Even if you shared a steamy make out session, which was also a mistake. Leave now! 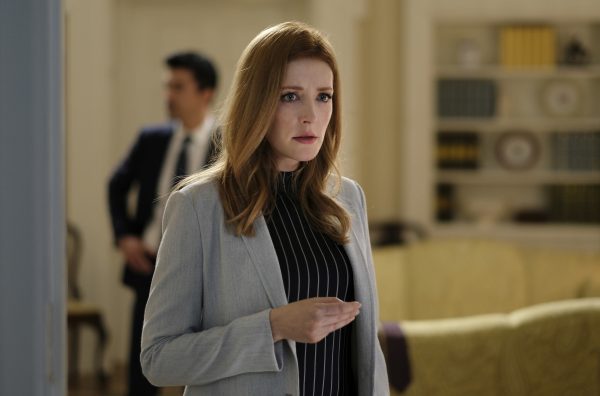 Alonzo freaks out when he believes that Grace was covering for her dad this entire time. Yet, that isn’t what’s happening and Grace can’t keep her secret anymore. She tells Alonzo that she is the one who killed Claire and oh does she feel the weight of that secret fall from her shoulders. Finally, she was able to tell someone, but Alonzo is still furious. Grace slides her gun to him and gives him permission to exact his revenge. For a split second I think he actually does it. Shots are fired one after another and then it break to commercial. Oh be still my heart! I was in such a panick, thinking he actually shot her! She is still alive, thank goodness, but she is left without any clue as to whether her father will be okay or not. Talk about an intense episode!

Darius is beginning to unravel as he has alienated everyone who cares for him. He arrested Liam, Grace has resigned, Harris threatens to resign, and Jillian is heartbroken by his attitude. Jillian tries to get through to him and have Liam released, but it is no good. Darius will never give in to Resyst and understandably so. By all accounts, they are terrorists and have nukes posed for detonation. Jillian makes it very clear that she hates who Darius has become and that it is disappointing to have met her hero. How sad! I felt so bad for her. Yet, maybe all is not lost for Darius.

At the end of the episode, Grace and Harris head back to the White House to try to talk to Harris one more time. If that wasn’t a success, they were going to get him removed from office. Ouch. Man, Salvation is just going through one President after another. Well, as it turns out, Darius was nowhere to be found. He had somehow snuck out of the White House. We saw Darius take his tie and flag button off, which is all they find left of him along with his coat. The President of the United States of America is gone and the world is once again heading towards turmoil. Where is Darius and why did he leave? Did Jillian get through to him and he realized how crazy he was acting? I don’t know where you went Darius, but I sure hope you come back to us as your normal self again. We need you! 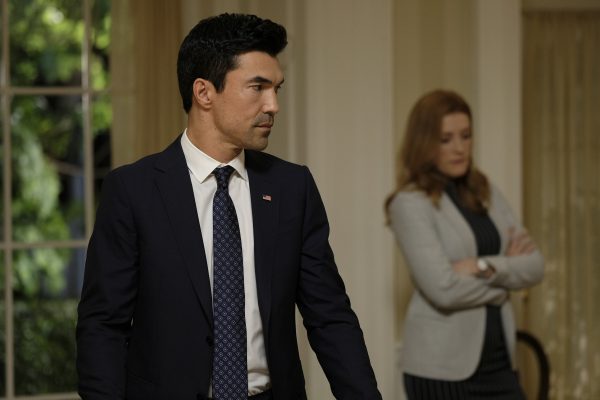 Another week and another amazing episode of Salvation down. There is never a lack of twists and surprises, which makes this show a must see! I wonder what next week will have in store for us. I almost can’t stand the wait! So, join me next week, as we embark on another crazy and exciting journey that is, Salvation.