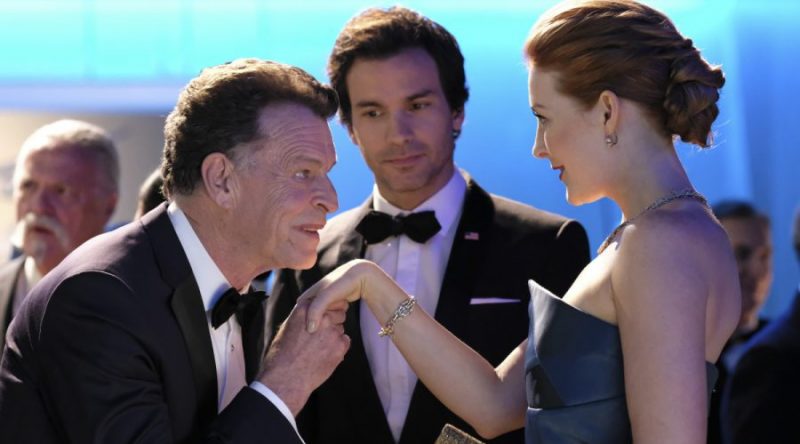 There’s nothing like the pressures of family, especially when you’re conniving uncle has very unique ways for paving the future for you. Darius was in for quite the shock in this week’s episode, “The Manchurian Candidate”. Bring on the family drama!

Life was just starting to go smoothly for Darius and Grace. The had a hot, steamy moment on the President’s desk and moved to Grace’s house. Waking up to Darius cooking breakfast must have been the best thing ever! Not gonna lie, slightly jealous, Grace! But, I am so happy that those two are finally together. It took long enough. Yet, happiness is fleeting and reality comes crashing down.

Harris was up all night, not because he had a beautiful woman in his bed, but he was searching for information about Q17. Poor Darius had no idea that the person running Q17 would be family. Although, I did totally call it. Who else would have the money and the guts to hire a secret black ops group to assassinate people? Uncle Nicky, that’s who! I still hadn’t really understood why he would go through all this trouble though. Why would he want to sabotage the Ark and assassinate President Mackenzie? The reason behind that answer, is quite fascinating, but we aren’t there yet! 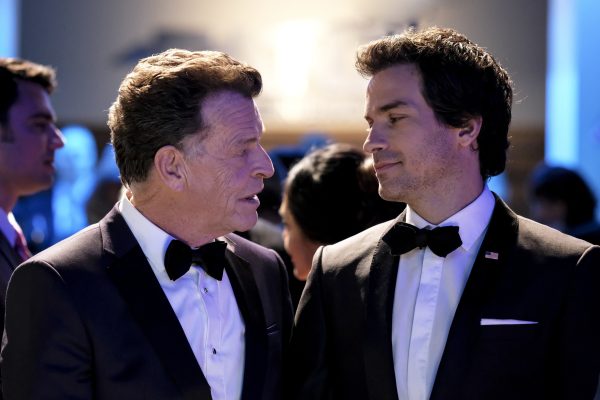 The Truth About COPE

Liam and Jillian have reconnected, but it doesn’t go quite the way Liam was hoping. And, let’s be honest, I wouldn’t have taken Liam back right away either. He needed to earn his way back into her good graces. Now, we all know that Jillian has been getting really comfy with this self-help group, COPE. She decides to bring Liam with her and introduce him to the leader, Bass. It became quickly obvious that Liam was not into it and had a bad feeling. Trying to convince Jillian that she was being brainwashed, didn’t go so well, especially since Liam left her for Resyst. This doesn’t stop Liam though, because he knows something is very wrong.

We are getting all sorts of twists thrown at us on, “The Manchurian Candidate”. We may not like everything that happens, but we sure love the ride! As we continue to follow Liam, we learn some very interesting things about COPE. Turns out, people are being convinced to give their prized and expensive belongings to the group. I mean, why do you need things when you are just going to die anyways. Oh, wait, did you miss the memo? Yeah, it is actually a suicidal cult! I’m sure they didn’t mean to confuse anyone. Jillian, what are you doing? How can you not see what they are going to do?

While Liam is discovering the truth about COPE, Darius has put together a rather elaborate plan in order to discover who else is a part of this secret group: by throwing a party! The team gets suited up and damn, they look amazing! Did you have any idea how good-looking Alonzo would be in a tux? Oh, yeah, Alonzo got roped into being a part of this little mission too. Not that he had much choice. Harris played dirty and now Alonzo is stuck working with them. They make a rather good team, though. I am glad the writers were able to come up with a way to keep him around. He will be a great addition!

Now, as everyone is walking around and using their fancy contacts to discover who else is apart of Uncle Nicky’s group, we start to see Uncle Nick do what he does best: giving subtle threats. His first mark is the lovely Grace. Oh, and he does it so smoothly! You have to admire the guy’s devilish work, it’s a masterpiece! He hints at knowing where her daughter is and how “dangerous” it can be over there. Yeah, okay Uncle Nicky, we see what you are doing here. Threatening someone Grace loves, is a really bad idea. It pissed me off, too, that he would threaten her daughter. Honestly, hasn’t Grace been through enough! Come on, writers, give her a little slack! 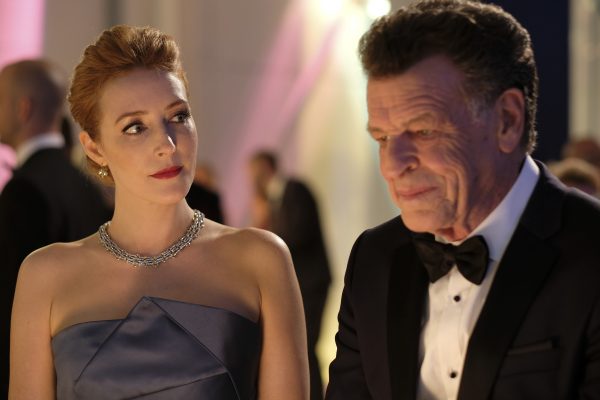 Next target: Darius. Watching Darius and his Uncle go at it is absolutely wonderful. You can just feel the tension from where you are sitting and its glorious. Uncle Nicky is very upset by Darius’ choice of VP, but Darius doesn’t care one bit. As Darius slaps the glass out of his uncle’s hand, you can see the rage filling him and I was so hoping he’d just grab him by the neck! Sadly, no such luck. Uncle Nicky had a surprise for Darius too. Turns out, they did all this work because they wanted Darius to be the President. They consider Darius as one of them and because of what they did, they believe they own Darius. Wow! Not sure Darius is going to like the idea of being controlled. This probably won’t end well.

I was absolutely devastated at the end of this episode. We are left with Darius and Grace having to sort of put their love life on hold, once again. Darius is not able to resign as President because his uncle is controlling him and he also can’t release her dad from prison. Seeing these two be jerked around so much is frustrating. They deserve to be with each other and happy! I am trying to not be too worried because they always find a way back to each other. Right? Surely it’ll all work out. 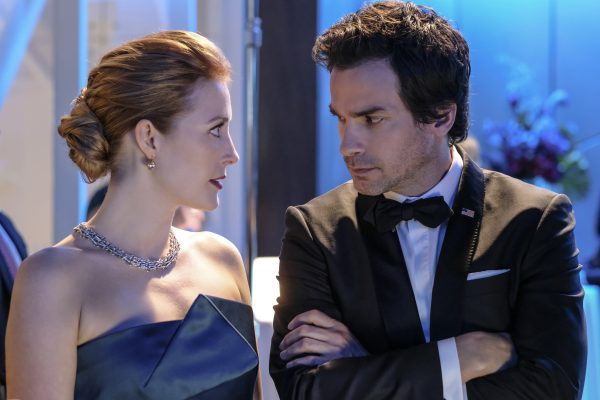 The very last thing we see on, “The Manchurian Candidate”, is Liam panicking to find Jillian. As he quickly fills in Grace and Darius about the suicidal cult, we are shifted to where Jillian is.Sitting with the rest of her peers from COPE, all who have been “chosen” to move to the next level, Jillian looks completely oblivious to what is happening. Drinks are being passed around and the cup touches her lips, then nothing. Nothing! The writers of Salvation are literally trying to kill us! I swear if Jillian dies, I will be so pissed. She can’t die, right? Devastated!

Another phenomenal episode of Salvation that reeled us in, gave us some answers, and then left us screaming NO! What a roller coaster! Again, I am totally pleased with Season 2 of Salvation and I can’t wait for the next episode. We have to find out what happens to Jillian. Will Liam get there in time to save her? Or, are the writers making it look like a suicide thing, but it’s really not? And, what will Darius do about his crazy uncle? I just want everyone to live happily ever after! Is that really too much to ask?

Make sure to join us next Monday for another riveting episode of Salvation. That asteroid is still coming and if they don’t stop it, all of these other fights will be for nothing.