Supergirl Gets New Veep for Season 4

It had been previously announced that Brent Spiner would be playing the Vice President in Supergirl’s fourth season. That has officially changed. Since the production dates conflicted with Mr. Spiner’s family commitments he will be ceding office to Bruce Boxleitner.

While having Spiner on Supergirl would’ve been exciting, Boxleitner just fits better as VP to me. His run as John Sheridan on Babylon 5 made it very clear he can pull off such a role. Plus, he was in both Tron films, so he’s got plenty of scifi cred. 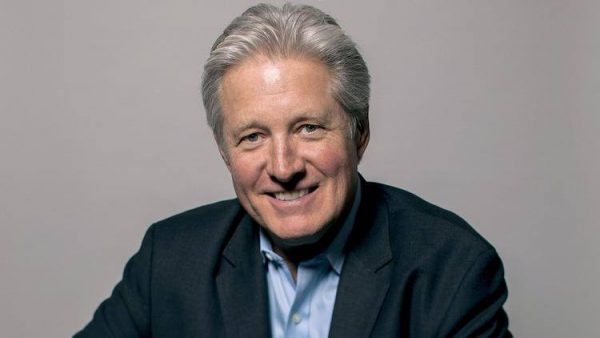 Here’s the character description from the producers:

Adept and politically minded, Vice President Baker makes for an unlikely leader, but steps in a big way up when his country needs him most.

For those of you not up on Mr. Boxleitner’s impressive resume, and for those who want to brush up, here’s a bio:

Boxleitner received his formal acting training on stage. A native mid-westerner, he is an alumnus of Chicago’s prestigious Goodman Theatre. In 1972, he starred in the Broadway production of Status Quo Vadis with Ted Danson. He then relocated to Los Angeles and quickly landed a guest spot on the legendary TV series The Mary Tyler Moore Show as well as numerous guest roles on series, including Hawaii 5-0, Beretta, Police Woman, and Gunsmoke.

Boxleitner’s big break occurred when he was cast opposite James Arness in the pilot for the epic TV series How the West Was Won. He went on to star in the CBS series Bring ’em Back Alive; mini-series East of Eden; and TV movie The Last Convertible.

In 1982, Boxleitner was cast as the title role in Disney’s cult film TRON which garnered him science fiction fans worldwide. However, it was in Boxleitner’s four-year run for CBS’s ‘Scarecrow and Mrs. King’, starring opposite Kate Jackson, which endeared him to fans everywhere and made him a household name. In 1994, Boxleitner joined the cast of the popular TV series Babylon 5 as John Sheridan, President of the Interstellar Alliance, a war hero-turned-diplomat at the helm of Earth Alliance Space Station in the year 2259. The show aired for five seasons.

Several motion pictures include Gods and Generals with Robert Duvall, Jeff Daniels, Stephen Lang and Mira Sorvino; The Babe with John Goodman and Kelly McGillis; Kuffs with Christian Slater; and The Baltimore Bullet with James Coburn.

Numerous TV movie credits include The Secret with Kirk Douglas; Perfect Family with Jennifer O’Neal and Joanna Cassidy; Double Jeopardy with Rachel Ward, Sally Kirkland and Sela Ward; Passion Flower with  Barbara  Hershey  and  Nicol  Williamson;  and  Hallmark  Channel  movies,  ‘Love’s  Resounding Courage’ and ‘Falling in Love with the Girl Next Door’; among many others. The veteran actor has appeared in numerous recurring roles on TV series including GCB and Heroes, and has guest-starred on NCIS and Chuck, among others.

Boxleitner was inducted into the Hall of Great Western Performers at the National Cowboy and Western Heritage Museum in Oklahoma City in April 2012 honoring him for his illustrious career in western films. He is a two-time recipient of the Wrangler Award.

In 2013, Boxleitner co-starred with Andie MacDowell and Dylan Neal for three seasons in Hallmark Channel’s #1 rated cable program and first-ever prime-time series, ‘Debbie Macomber’s Cedar Cove’ to rave reviews and an average of 2 million viewers. In 2017, Boxleitner joined Neal once again, along with Brooke Burns, for the fourth installment of the successful Hallmark Movies & Mysteries movie franchise, ‘The Gourmet Detective.’

Boxleitner has authored two novels, ”Frontier Earth” in 1999 and its sequel “Frontier Earth: Searcher” in 2001, both published by The Berkley Publishing Group.

Bruce Boxleitner resides in Los Angeles with his wife, publicist Verena King, and has three sons and a granddaughter: Sam, Lee, Michael and Lulabelle.

The fourth season of Supergirl will premiere Sunday, October 14 at 8/7C on The CW

(Yes, The CW has expanded original programming to Sunday nights this year!)