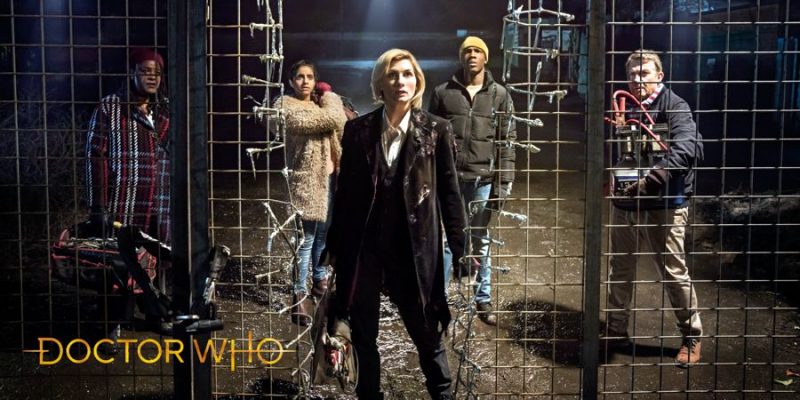 We already know the season 11 premiere of Doctor Who is slated for Sunday, October 7, but the time was a bit of a question. Now, BBC America has clarified that last bit of information for fans dying to see the first female Doctor.

On that particular Sunday, you need to be watching BBC America at 1:45 pm ET to watch in unison with fans in the UK. But don’t worry if you can’t be there because the episode “The Woman Who Fell to Earth” will be rebroadcast later that day. For those in the US who may miss the global simulcast, BBC America is rebroadcasting it at 8 pm ET/PT.

Now, if you’re a Whovian lucky enough to be attending NYCC you’re in for an extra treat because the episode will be shown there. In addition, there will be a panel with Jodie Whittaker, showrunner Chris Chibnall, and executive producer Matt Strevens.

Fans will get a chance to ask what I’m sure will be a million questions after watching Whittaker’s premiere episode. I hear it’s a really fun ride that carries on at an enjoyable rapid pace. I, for one, can’t wait!

New York – September 26, 2018 – The Doctor Who global premiere is getting even bigger. The new season of Doctor Who hits BBC AMERICA timed to the UK premiere broadcast on Sunday, October 7th at 1:45pm ET/PT. At the same time, fans at New York Comic Con will watch the premiere followed by a panel with star Jodie Whittaker, showrunner Chris Chibnall and executive producer Matt Strevens at the Hulu Theater at Madison Square Garden. Attendees will get to experience the first episode live together and join the Q&A with Whittaker, Chibnall and Strevens.

“We are thrilled to put together a remarkable moment around the world – for fans and new viewers alike – to celebrate this new era of Doctor Who with Jodie Whittaker,” said Sarah Barnett, President of BBC AMERICA. “Jodie is breaking the mold for pop culture heroes everywhere, and Chris has created an inclusive series for all fans of great television.”

That evening, BBC AMERICA will air a special encore at 8pm ET/PT, its new regular primetime evening slot for Doctor Who, with bonus interviews with Jodie Whittaker and footage from New York Comic Con. For the run of the season, the series will premiere regularly at 8pm ET/PT on Sundays.

The premiere episode, entitled “The Woman Who Fell to Earth,” takes places in a South Yorkshire city, as Ryan Sinclair (Tosin Cole), Yasmin Khan (Mandip Gill) and Graham O’Brien (Bradley Wash) are about to have their lives changed. When a mysterious woman, unable to remember her own name, falls from the night sky, can they believe a word she says? And can she help solve the strange events taking place across the city?

Building to the groundbreaking debut of Jodie Whittaker’s Doctor on Sunday October 7th, BBC AMERICA will travel through time to bring back ALL of Doctor Who’s modern era. “13 Days of Doctor Who” – a 13-day marathon of the series – began Tuesday, September 25th at 6am ET/PT and airs every episode from the first 10 seasons of the reboot, including former Doctors Christopher Eccleston, David Tennant, Matt Smith, and Peter Capaldi.

If you missed the trailer or would just like to see it again, check out Doctor Who Goes Full-On Space Adventure in New Trailer

Doctor Who season 11 premieres on BBC America Sunday, October 7 at 1:45pm ET with a rebroadcast at 8pm ET/PT