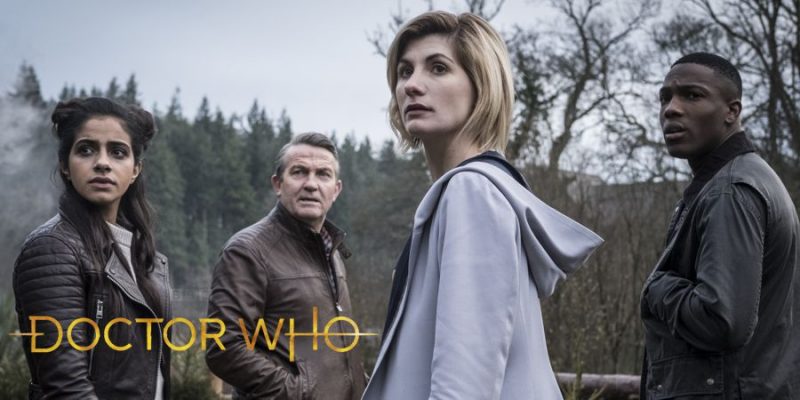 BBC America has been saying the new season of Doctor Who will premiere sometime in the fall. Until now, that’s as specific as anyone has gotten. But today that all changes as they’ve announced Doctor Who S11 premieres Sunday October 7. Having said that, the exact time of broadcast is yet to be determined. The show will air in the UK and the US at the very same time. A US encore will be broadcast in the show’s regular Sunday evening time slot.

New York – September 5, 2018 – BBC AMERICA’s Doctor Who is blazing a global trail to match Jodie Whittaker’s revolutionary first season as the Doctor. The network’s US premiere will start at the same time as the UK debut on-air on Sunday, October 7th (time to be announced), followed by a special encore in its new regular primetime evening slot. For the run of the season, Doctor Who will premiere regularly on BBC AMERICA on its new marquee night on Sundays.

With a new Doctor (Jodie Whittaker) and new friends Ryan (Tosin Cole), Yasmin (Mandip Gill) and Graham (Bradley Walsh), this eagerly-anticipated first season from new showrunner Chris Chibnall will welcome back fans and invite those who are new to Who. The next era is packed full of action, humor, emotion, and adventures through space and time, starting with the first episode, titled “The Woman Who Fell to Earth.”

Doctor Who is a BBC AMERICA co-production with BBC Studios.