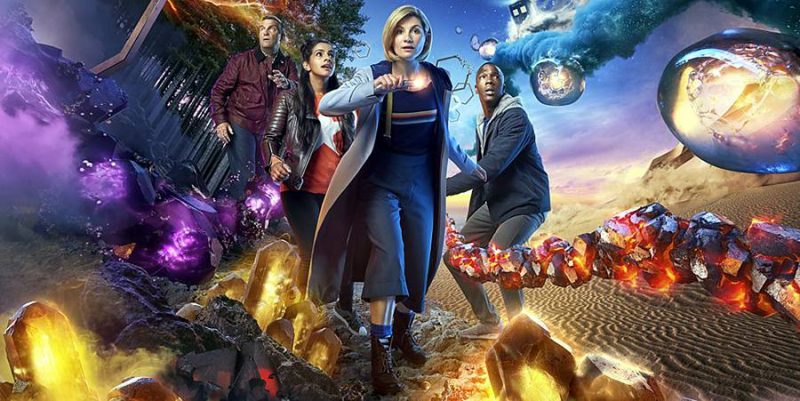 We’re less than a handful of weeks away from Doctor Who‘s season 11 premiere. I don’t know about you, but we’re dying to seen more trailers, clips, photos, and anything else about this new season. Hopefully, such things will begin coming in as the clock ticks ever closer to the October 7 release date.

That’s not to say we’ve been left completely in the dark; far from it. We know the premiere date and we’ve been given a full list of writers and directors for the new season. There was also a lot of news out of San Diego Comic-Con. We brought you the new team’s first SDCC press conference and the often hilarious panel from Hall H. Also coming out of the San Diego geekfest was the first trailer for Doctor Who season 11.

So, you see, there’s been a lot of information, but we Whovians are always hungry for more. Knowing that, the BBC has just released synopses for the first two episodes of the new season. Much like the Doctor herself, they’re a bit mysterious and only leave us wanting more. In other words – exactly what we needed!

WARNING: What follows contains what some might view as *SPOILERS* while others will consider this nothing more than mild teasers. I happen to be in the latter camp, but fair warning has been given. If you are prone to fits of rage upon learning advance information it is best if you click away. For the rest of you, read on and enjoy!

Episode One – The Woman Who Fell To Earth

“We don’t get aliens in Sheffield.” In a South Yorkshire city, Ryan Sinclair, Yasmin Khan and Graham O’Brien are about to have their lives changed forever, as a mysterious woman, unable to remember her own name, falls from the night sky. Can they believe a word she says? And can she help solve the strange events taking place across the city?

Still reeling from their first encounter, can the Doctor and her new friends stay alive long enough, in a hostile alien environment , to solve the mystery of Desolation? And just who are Angstrom and Epzo?

For the full article straight from the source, click on over to New Series: More Details Revealed at the BBC’s website. The article contains more details and some short interviews for your perusal and amusement.