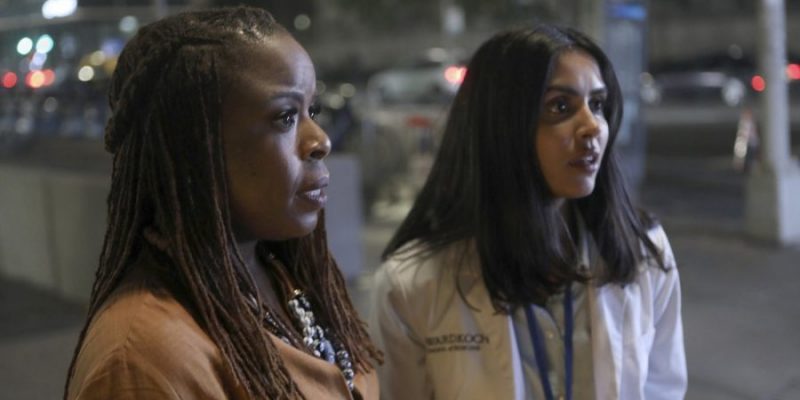 Towards the end of episode 104 of Manifest, Ben Stone asks the question that seems to be more and more central to this show – should the passengers keep listening to “the calling” of the voices they hear and the apparitions they are starting to see? When Michaela Stone posits the theory that they don’t have a choice, Ben asks if that’s really a good thing?

Given what we saw in this episode, it’s a legitimate question. Michaela reacts to a “calling” moment and screws it up so severely that her former boyfriend Jared has to take the fall for her. It’s becoming clear that the ability to discern what the true message is from “the calling” will be trickier than originally thought. Let’s face it, the first couple of times our passengers kind of caught lightning in a bottle to give us a happy ending, but in EP. 104, there was a mess to navigate before the real save was to be made.

And interesting that Mick and Dr. Saanvi are not only hearing the voices, but now also seeing apparitions. I thought it a nice touch that Saanvi’s apparition came with wet footprints (but no wings) that led her to our stowaway — and eventual victim that needed help. Whereas Mick’s vision of the same angel was sans wet feet. But as we found out at the end, our “angel” was part of a fountain display in a park. So the watery footprints were a nice little clue. I couldn’t figure it out initially, but at the end I had the “ahhhh” moment of recognition.

Mick needs to stop trying to “tough it out” in that stoic way she’s got and talk to someone about — EVERYTHING. She’s working so hard to keep it in that as it seeps out it just makes things worse. Trust someone, Michaela, and tell your story. You’ll feel better, I promise. 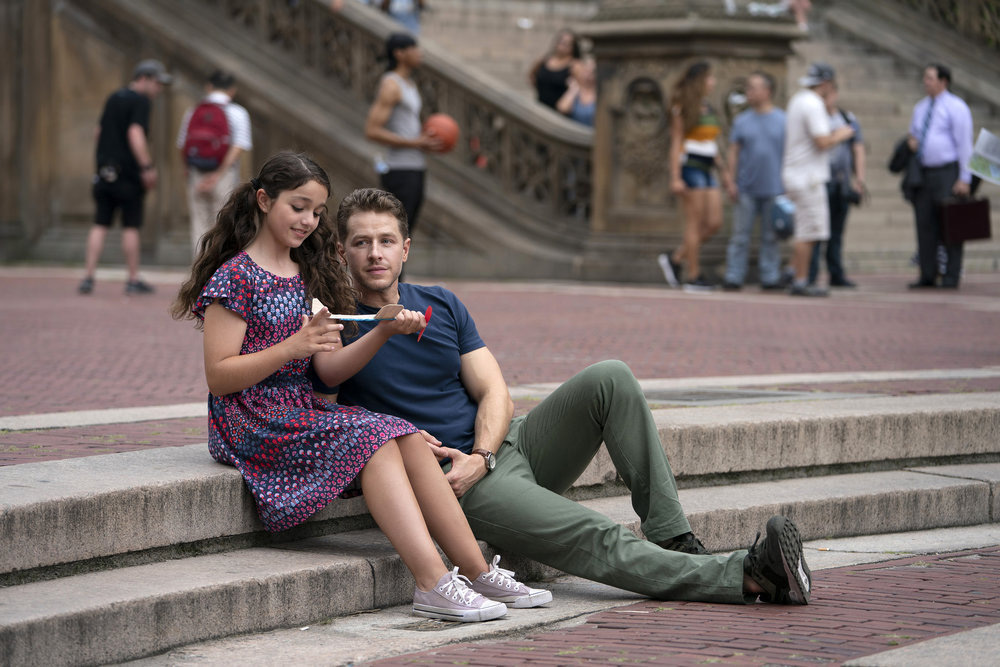 It’s interesting that what started as furtive messages in the mind has now moved to physical manifestations that are leading our heroes to successful, if not always clear, resolutions of issues. How far will this progress and are we talking supernatural, spiritual, or the good old government experimentation? They are still all on the table as far as I’m concerned, so I’m looking forward to seeing where it all winds up by season’s end.

“Unclaimed Baggage” was the title of Ep. 104 and while it likely had it’s original in our Jamaican stowaway, it also could very easily apply to our passengers, who seem to be spilling life baggage at an impressive rate — the baggage they took into the flight and the baggage they have emerged with as they try to assimilate five-plus years later.

My feelings about EP. 104 were extremely positive. As I noted last week, it felt like the show had spent the first couple episodes setting the table and now we’re starting to see a little more of what we can expect as the season moves on. There’s still so much mystery to everything that’s going on that it keeps you guessing a fair amount, which I enjoy. Speculation and conjecture, they truly are the spice of TV viewing life — at least in front of my TV.

Speaking of mystery, what do you suppose NSA Director Vance and his minions are up to. It’s always so intriguing when a government agency is “just doing its job” while simultaneously giving the impression that they may somehow be part of the issue. My hope is that Vance, for as menacing as he’s trying to be, eventually dials into legitimately helping these people. Of course, confiscating the body of our nice bullet-to-the-head lady wasn’t a good start. But I’m an optimist. 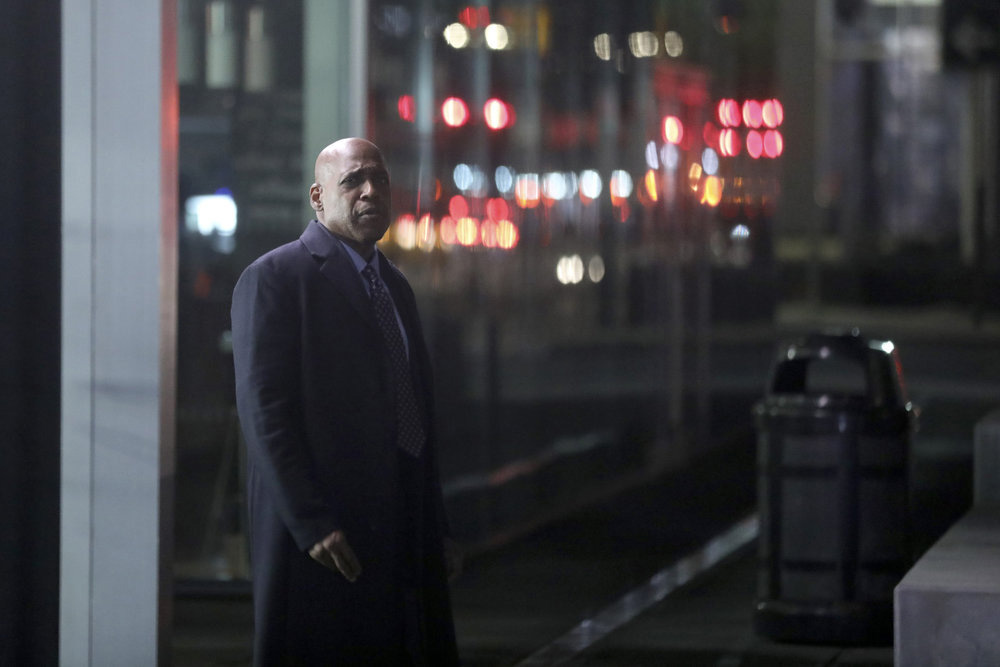 In the midst of the mysteries, there were some revelation moments, particularly concerning the delightful Dr. Saanvi, who through a colleague discovers that she’s got something going on in the brain, something that often leads to schizophrenia. And she’s not the only one who has it. Well, well, well…what does it all mean?

I’m guessing this little tidbit was introduced because it will be integral to the story moving forward. Perhaps all the passengers have this little spot on the brain now, which serves as an antennae of sorts to hear, see, feel and process the things that no one else can? Or perhaps it’s simply the fallout from the governmental experiment that will lead to mass deaths? No, that’s too dark. Let’s go with something lighter like the antennae theory.

Of course, given this new bit of information, Dr. Saanvi is almost sure to redouble her efforts to see how the recently discovered marker and the spot on the brain are related. And who else has it (I’m guessing everyone) and what it truly means. There’s an organized and thoughtful game afoot here and whether for good or evil, it’s still a little too early to tell. Granted, so far we’ve seen the end game be for positive results, but we’re still early in the game. Let’s see how things develop, shall we? 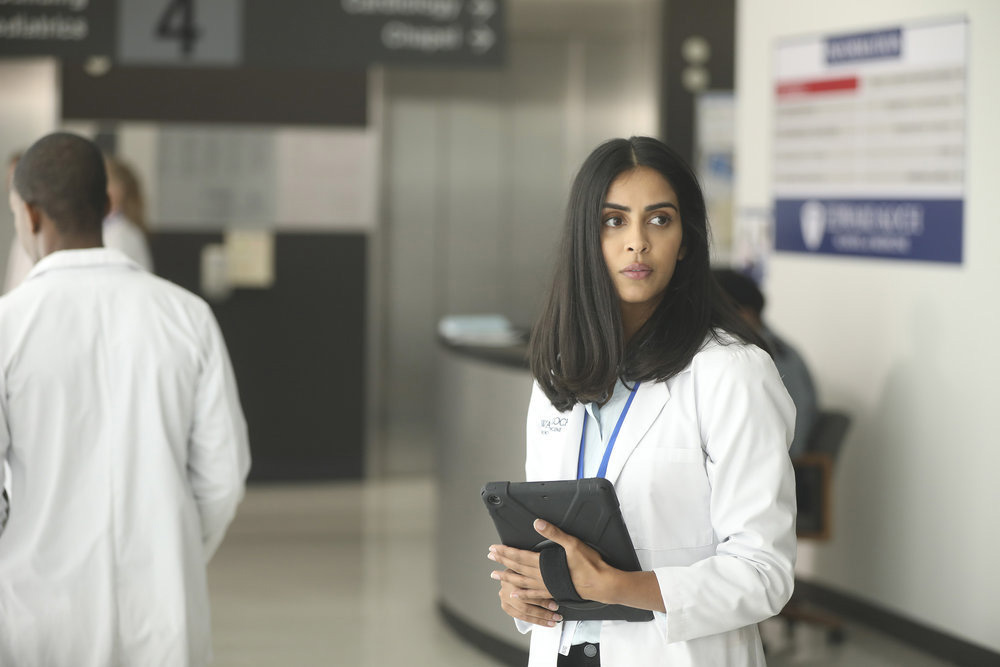 Speaking of revelations, I had to feel for poor Ben. I mean, Olive clearly has some issue going on in her life, and seems poorly equipped to deal with them, but her momentary lapse in judgement (shoplifting) put everyone in an awkward position. Ben finally comes face to face with Danny, whom he recognized from that little box of photos he’d discovered behind some boxes. Again, it’s a great reminder of how hard it is for our 828ers to find that comfortable fit right now.

Every move through the lives of those who have lived the last five years without them seems to bring with it reminders that they don’t fit in anymore. They are outside the game, a curiosity to those who are observing them, an awkward reality for those who had moved on. I think Ben Stone is the manifestation (sorry) of that reality right now.

The guy’s obviously a super guy with a forgiving heart and a desire to not judge or condemn – but every time he turns around, there’s something reminding him that his family isn’t, or wasn’t, necessarily his anymore.

The scene with Danny didn’t have a lot of dialog, but it was tense, uncomfortable, and a little bit sad for both of them, I thought. It was extremely well-done by Daniel Sunjata and Josh Dallas. 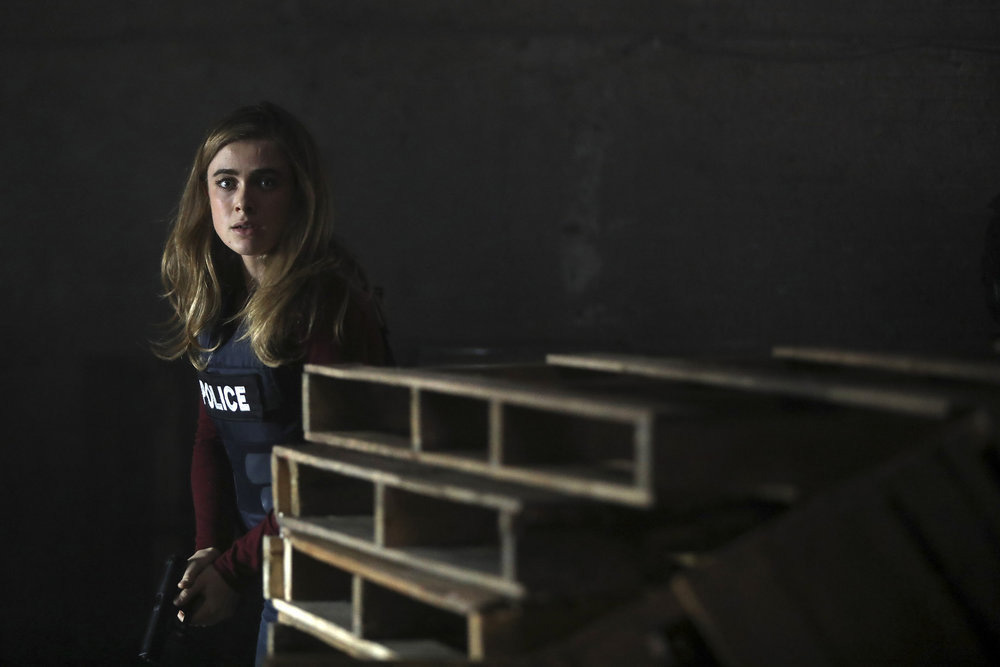 So here we are, four episodes into things and I’m still not certain what this show is going to be moving forward. A lot of interesting elements moving in and out of the shows, which is kind of exciting and allows one to think outside the box. Is it a crime show? Sometimes. Is it a Good Samaritan type of show? Sometimes. Is it a mystery? Yes. Is it a spiritual show? Could be. Is it sci-fi? Definitely elements of that. Is it a comedy? I’ve chuckled several times. Is it a drama? Got that element, too.

So there’s a myraid of genres snaking their way through “Manifest” at the moment, leaving me hard-pressed to tell anyone exactly what the show is. And while some might say that mystery isn’t a good way for a new show to start, I’d disagree because of all the things Manifest is, a mystery is at the top of the list. Watch, discover and enjoy as the Manifest world opens more and more to us. Then decide what kind of show it is and whether it’s for you. As for me, I’m dialed in.

So it feels after a few appetizer episodes, the meat is starting to be served in the inaugural season of “Manifest.” I, for one, am encouraged by what I’ve seen thus far and anxious to see what the middle part of the season will deliver unto us, the viewers. Time for this show to take it up a notch and sink that viewing hook in deep.