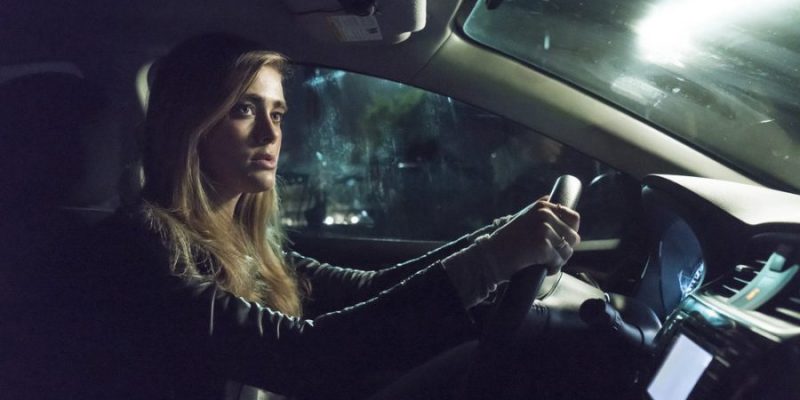 Forgive me if I sound an optimistic tone right now, but I think “Manifest” is starting to hit its stride. Episode 103, “Turbulence,” offered an intriguing collection of moments that, taken within the whole of the story, really opened up the show as we start to stretch toward the midway point.

From the brain splatter of our first passenger victim to the expected neurosis of the NSA to depriving a slum lord of his ill-gotten gains, this episode of “Manifest” really kept me involved. It felt as though, after two episodes of kind of seeding the soil, the crop is starting to grow. I liked the clues that were dropped and the way our hearty cast of characters played them, all of which opened up new and fascinating questions about just what the heck happened.

I’m still going for rip in the space-time continuum, but that may be too Star Trek for the passengers of Montego Air — but one can hope, can’t one?

I’m gonna offer some honesty here. Over the first two episodes I found Michaela Stone to be a tough love. She struck me as a little petulant and far too self-absorbed in her own little “I’m toughing it out” pity party to really appeal to me. But in retrospect, I think that Melissa Roxburgh has played Mick with a delightfully somber intensity that has been on-point from the beginning. And that was driven home in EP. 103 when we saw some of that hard shell start to crack and reveal a softer side. Mick is hurting. 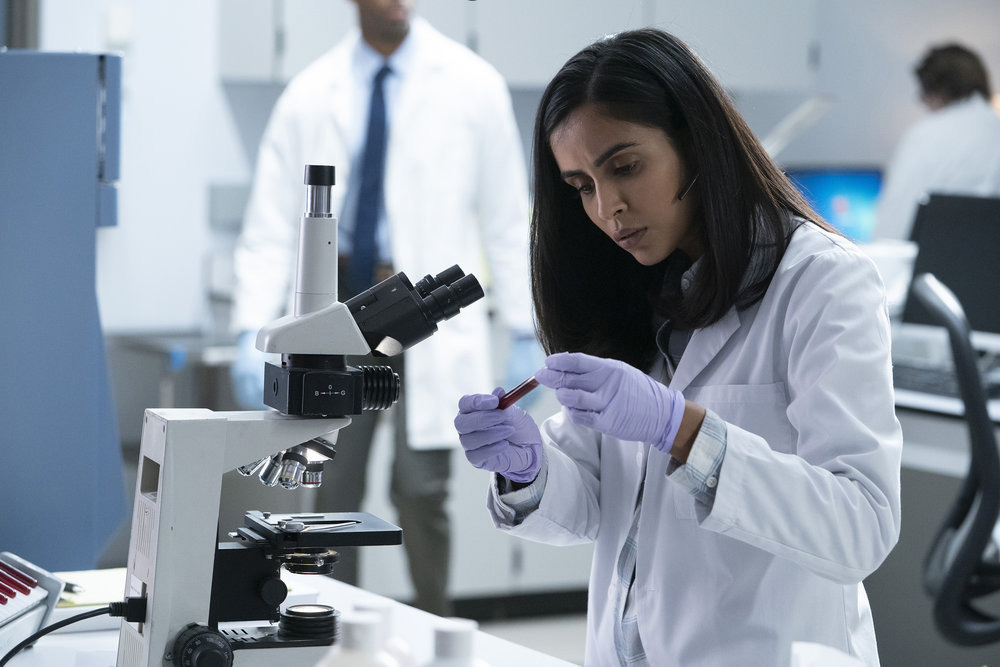 I thought the vibe of the episode, “Own Your Truth,” was tailor-made for the Mick character and Roxburgh delivered a sterling look a person who lost more than five years of her life and is now trying to pick up the pieces — when she isn’t even sure what the pieces are. And within that process, some truths are needing to be revealed.

In losing that five-plus years, Michaela Stone and her fellow passengers came back broken. Family had moved on, lives had been reforged, and the passengers aboard Montego Air are finding the path to normalcy is a bumpy ride. In looking back on the first two episodes, I came to the conclusion that what was pushing me away from the Michaela character was exactly what made the show so fascinating — the reintegration into a world that was not really theirs anymore. The hunt for normalcy in an abnormal situation was disheartening and, perhaps, a little soul-crushing. And with no sensible “why” as to what happened, it was doubly difficult.

Michaela was, in some ways, the embodiment of those feelings. Pain and uncertainty were often etched across her face as she tried to make sense of it all, a symbol for all the passengers, really. In retrospect, it was really well done. Melissa Roxburgh, I salute you. 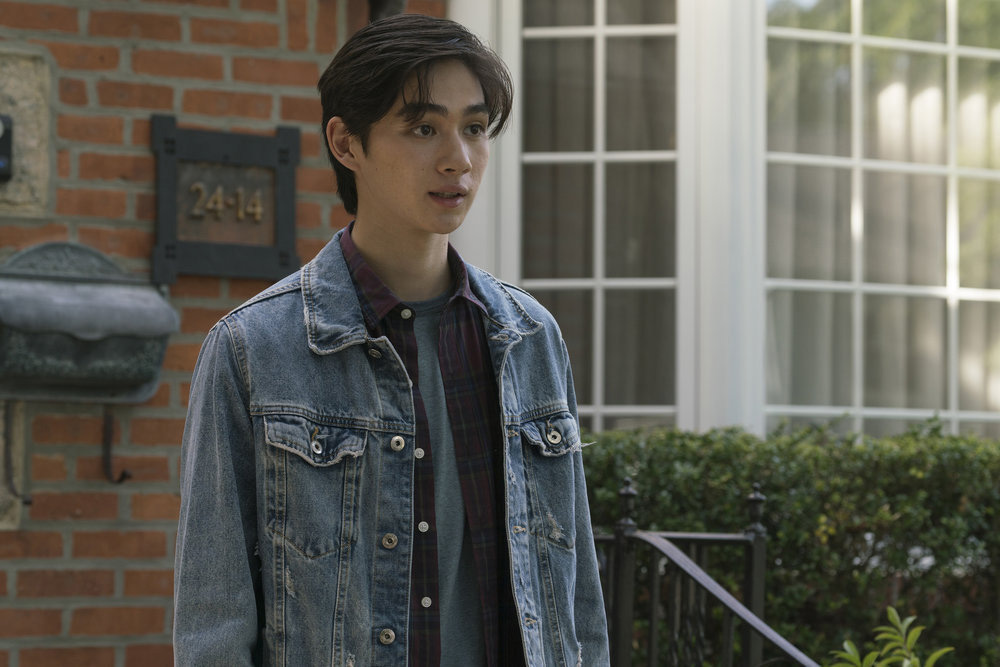 So what do we know now? Well, doctor Saanvi (wonderfully played by Parveen Kaur) found an interesting marker in the blood and that could lead us down an interesting path. Of course, to further the tests she needs a brain sample, but the only dead passenger has been (wait for it) stolen by the government. You may gasp in shock.

Dr. Saanvi has been one of my favorites from the opening. I suspect she will be central to discovering what the heck is going on — if she doesn’t get killed first. See what last week’s murder has done to me.

The question now becomes, is the marker something that is a result of the phenomenon they experienced, or came later when the government inoculated them after landing. I’m sort of in agreement with Ben Stone on the “let’s be very careful” mantra at this point. Passengers are still hearing interesting things, there’s dark vans outside of homes and clicking on the phone. Someone is watching. Or is it some thing?

Ben and Mick once again sort of stumbled their way into a Good Samaritan moment while running down murder leads (I love that she doesn’t give a crap about jurisdiction). My feeling is that Roxburgh and Josh Dallas have a nice chemistry as brother and sister. I like them being dogged in the search for answers. 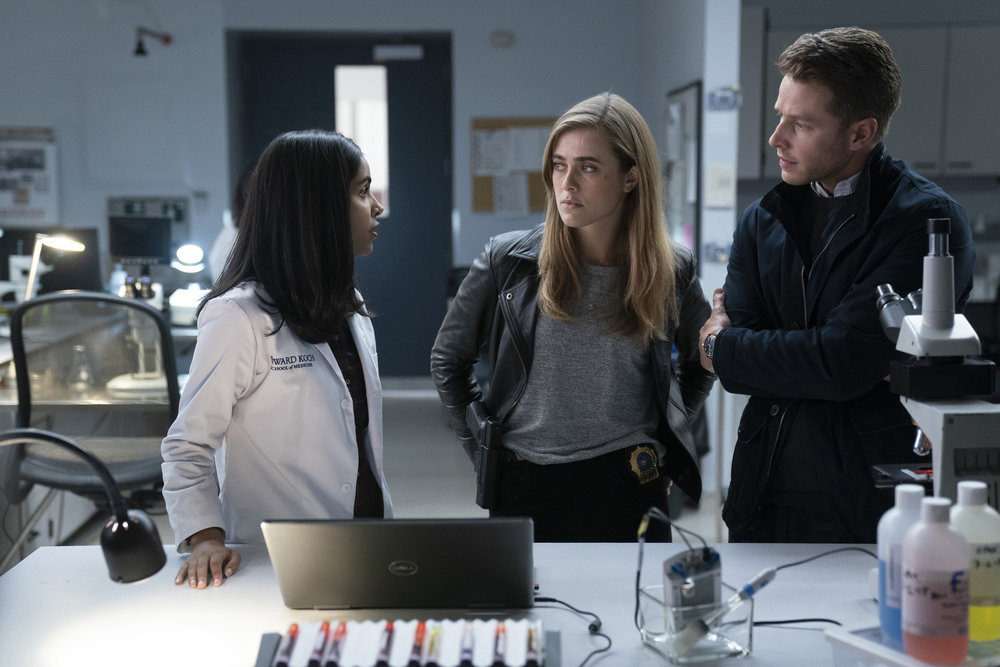 In the end, that was a nice twist on the murder investigation — proving the husband was a scumbag slum lord (but not a murderer), getting an introduction to Isaiah, who happened upon the murder scene not necessarily by accident, and finally the hunt for the dementia-suffering mom of the woman who died in the car accident with Mick that led to the real murderer. Interesting twists that obviously have some relationship to our passenger’s experience. But what?

In the end, the strands of the murder folded into a nice case of jealousy. Again, a situation where life had gone on and the re-introduction of one of the passengers into the new normal started a reaction that led to her death. Interesting to think about. But is that all there is to it? Methinks there’s more in the shadows that we haven’t discovered yet.

But what of Isaiah? He called Mick one of the “chosen ones,” so are we talking some celestial connection here? Or are we going with Alien encounter? Maybe a simple game of government interference? At this point, all the possibilities are still on the table in my mind (see time-space continuum comment up top). We’ll have to see how this plays out, though I’d have my radar up if someone was smiling at me, covered in blood, from behind steel bars and called me the “chosen one.” Chosen for what? Well, we’ll need to keep watching this. 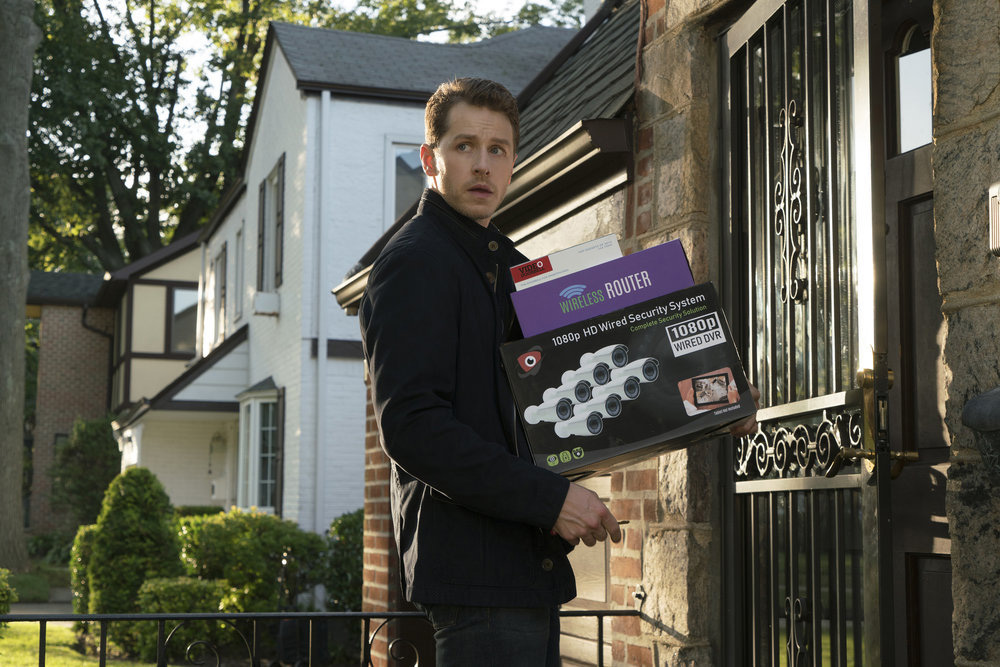 So we’ve got markers in the blood, we’ve got the NSA (or someone) with eyes on everyone, we’ve got our heroes trying to integrate into society with as much normalcy as possible, we’ve got voices, we’ve got people helping other people, we’ve got passengers crossing paths with other passengers in interesting ways, and we’ve got a lot of mystery surrounding it all. And don’t get me started about everyone’s love life, former love life or lack of love life. Too much to contemplate at this point. (Condom packet under the bed…aggghh!!).

On one level, “Manifest” feels like a current-day sci-fi look take on time travel of some sort, but on another its has this wonderful little look at relationships and how they change going on — and how hard it is to change them back. The show offers us a look at just how true the phrase, “You can never go back” is.

It would seem that owning your truth is a key piece in the puzzle these passengers are trying to solve in the maelstrom of something extraordinary happening. If the first three episodes are any indication, each person has a fairly deep bucket of truth they’ve been hiding from family and friends. And just how those “truths” play into the story we are being told will be interesting to examine as we move along. I thought episode 103 was a step forward for “Manifest.” Looking forward to more.