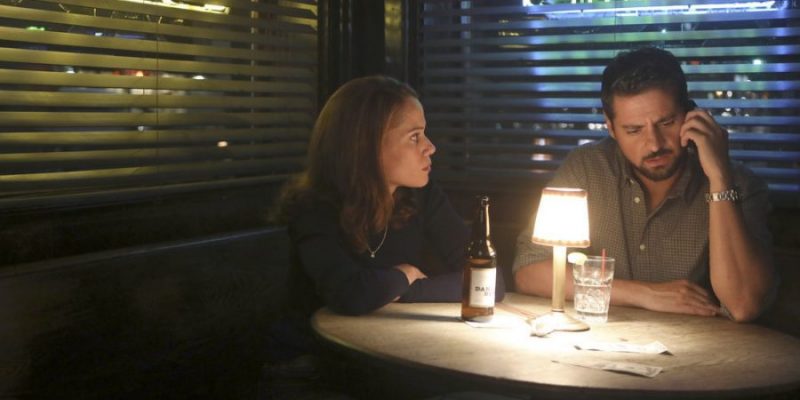 First and foremost let me say that I love backstory – love it. And in a wonderful mode of storytelling, the writers of Ep. 105 of ‘Manifest’ gave me a lot to like. Titled ‘Connecting Flights,’ which is a bit of a play on words for the episodes new mantra, “It’s all connected,” this episode dove deeper into the lives of the people who were left to grieve at the “loss” of the passengers aboard Montego Air flight 828 more than five years earlier.

It was a rich, soulful peek at the struggles these relatives, friends and lovers underwent as they discovered a life without their loved ones. And then the emotions and confusion of their return. Very interesting stuff.

And by doing that, the show created a much richer and full-bodied tapestry for us to wrap ourselves in. I find this style of storytelling wonderfully interesting and the “Manifest” actors, writers, show runners and production people did a superb job of not only giving us backstory, but giving us fulfilling backstory, which shed light on the present. Too often, backstory is little more than a tasty tease. We got a couple helpings in this episode.

Episode 105 gave us a lot of emotion and context that helps us understand how and why we are where we are with so many of these characters on their emotional journey to reunification — in whatever form that seems to take.

I enjoyed this episode tremendously. i thought it was not only well-done, but fed into the overall narrative of the story they are telling us through five episodes. Bravo, all. 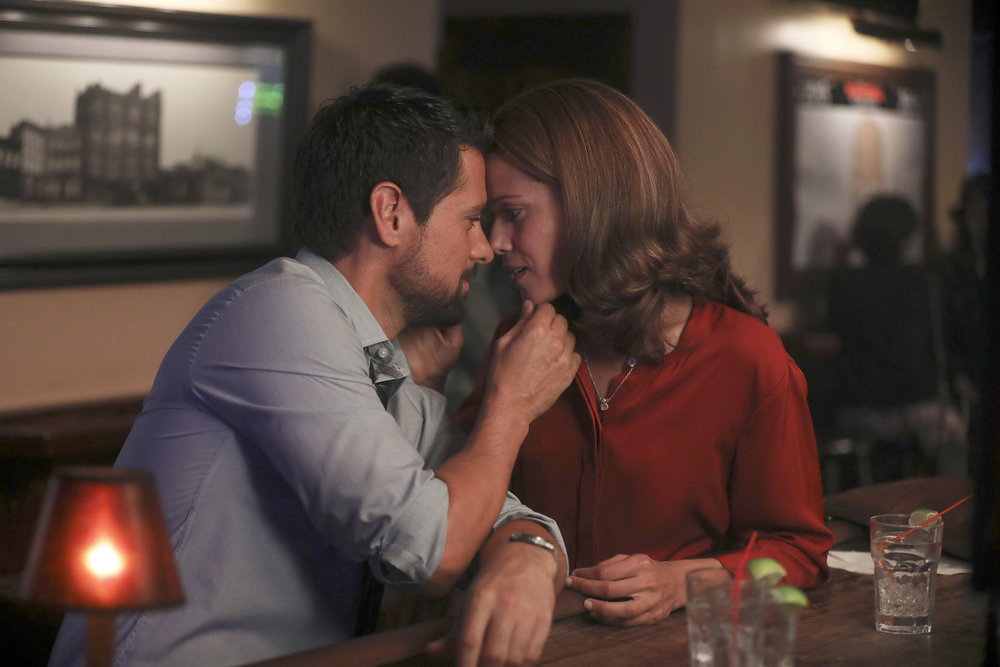 But let’s be honest, “Connecting Flights” gave us its most interesting twist via the young Cal Stone. His dad, Ben, had been hearing his own “calling” earlier in the episode as the words “it’s all connected” drifted through his mind at various times. While he tried to shrug them off, a day of play at Coney Island with Cal demonstrated that the experience they went through isn’t going to be simply, or scientifically, explained away. And that Ben, who is trying to distance himself from all this craziness to find normalcy, isn’t going to be able to do that. He’s in the mix, that’s just how it’s going to be. And he eventually recognizes this reality.

As the day of fun ends, Cal takes off in the subway and has dad scurrying after him.And at one point Cal shouts to his dad that, “It’s all connected.” There we go. The hook has been set. And dad is wriggling on the on the line. Cal’s got game.

So, it’s all connected. But what is connected? The people? The circumstances? Every piece of the passenger’s experiences? It’s unclear, but there’s obviously something different about Cal via the episode they all experienced and, it would seem, that Cal’s inquisitive nature may have gotten him exposed to something the others weren’t.

That was a very provocative final scene with Cal as we flashed back to his trip home aboard Montego Air 828 and he opened the blinds for a peek outside.

The bright light was, as far as we know, only seen by Cal and that has taken him down a little different road than some of the others. It would appear that something a little extra special has infused itself within Cal’s little body. He’s not hearing the voices, but his intuition has been amped up a few levels, which allows him to know things before they occur or intuitively understand situations. Interesting, isn’t it? A tad freaky, perhaps? Intriguing for sure. 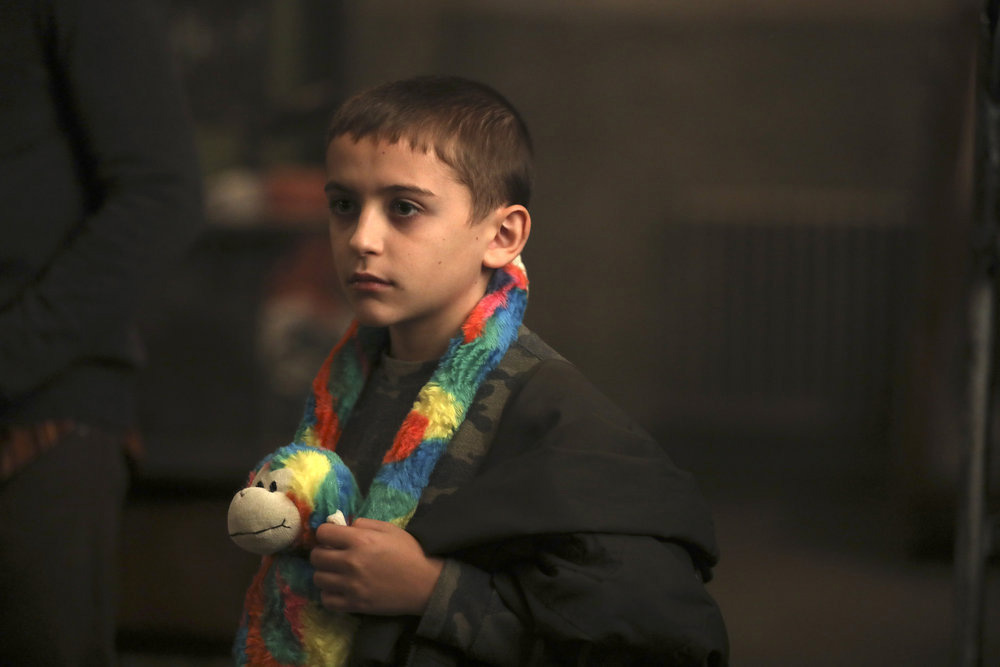 Did Cal look into the face of God and was blessed for it? Was he the only one on the plane (a lot of sleeping going on apparently) to notice the light and view it first-hand? Alien ship scanning the flight for impressionable minds and hearts? Hey, at this point we’re not going to throw any theory away. But it was an interesting development that maybe points to Cal having acquired something unique. I suspect it won’t be long before NSA Director Vance acquires young Cal on his inquisitor’s radar. Or will he? Come on, Vance, don’t be THAT guy. You know, sinister government man.

Again, I have to believe there’s more to Vance’s motivations than simply trying to discover if one of these passengers is a threat to national security. I sense more bubbling beneath the surface with Vance, and I distrust him emphatically. Let’s keep an eye on the good director. He nabbed our stewardess, but our Jamaican stowaway got some unexpected help (Ben, Cal, etc.) to make his getaway. Will we see him again? And if so, in what capacity?

So, it should be interesting to see Cal’s development within the story as we move forward. There’s obviously something going on with him. I’m intrigued. It’s interesting to me that this show has so many tendrils kind of working towards finding answers to the same questions, albeit in different ways, then adds another tendril in the revelation of Cal’s experience. Curious stuff, that. 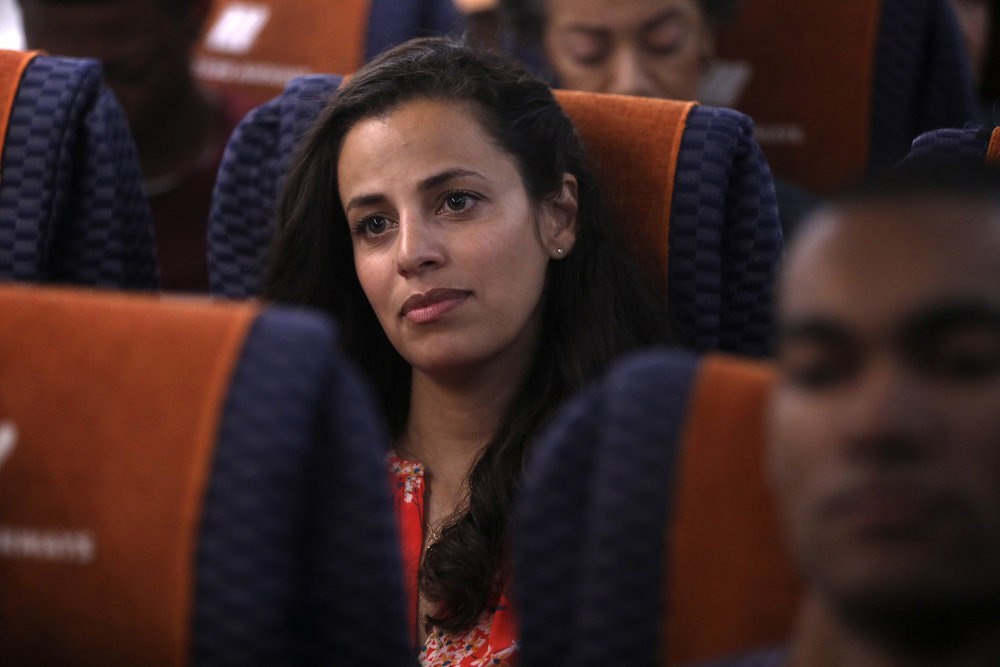 I’ve noted this before, but one of things that really sticks with me about “Manifest” is this concept of our passengers trying to find their way back to normalcy within relationships that had moved on. Danny makes an appearance in trying to make sense of his out-of-the-blue exclusion from Grace Stone’s life, and by extension, his good relationship with Olive. I have to say it, but it’s becoming clear that the Stone family is somewhat in emotional tatters.

There’s a ton of awkward tension and confusion running throughout that family, and I’m feeling a boatload of empathy for them all. Danny relates his own healing process moving forward when he and Grace found each other, and then was enhanced by building a relationship with Olive. The feelings are still there, but there’s a ton of pain and longing — on both sides — and while they try to deal with all of that, Ben is in the house now, but kind of on the outside looking through the window. It’s disconcerting for all involved. At what point does normalcy return or are they all seeking something, a memory of things pasts, that’s impossible to ever recapture?

“Manifest” creators and writers have done a good job of creating a multi-layered family dynamic without delivering a soap opera-y type of vibe. I’m invested in the Stone family and as we sit here right now, I don’t see a path to happiness for everyone. Is it me or do I sense hurt coming in the future — not just for Danny, who looked gutted, but some other characters. And we’re not even talking Cal’s development and the emotional disaster Michaela has proven to be so far. I mean Michaela, come on, talk about sullen and sad on a constant basis. Emotional devastation incarnate. 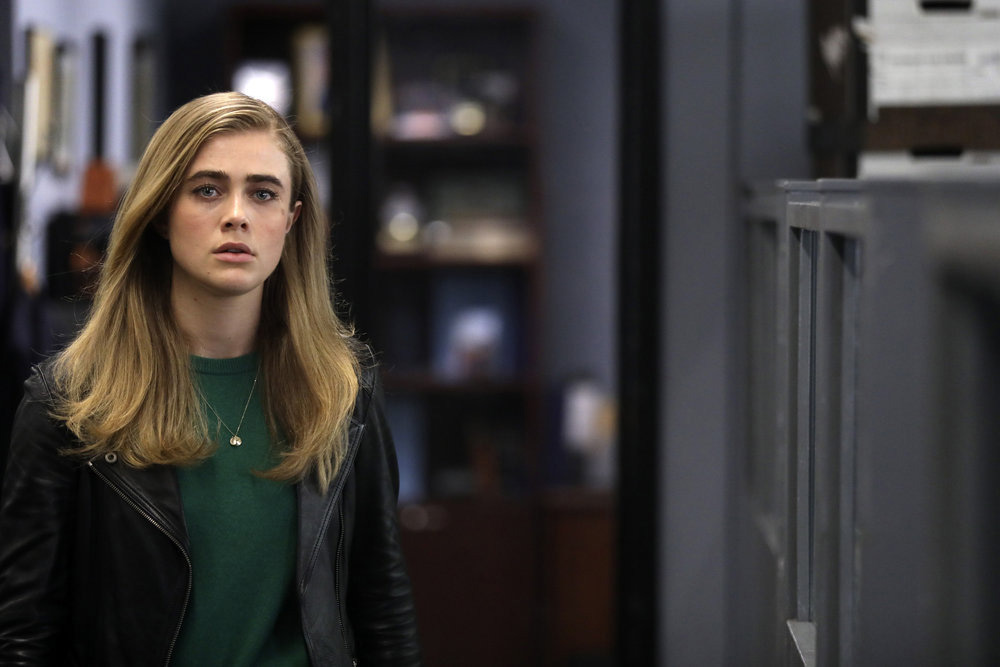 My feeling is that Ep. 105 was the best episode so far. I think that, after finding its legs, “Manifest” is picking up the kind of momentum we were all hoping would develop when the show was announced. It’s funny, people tend to want things to go “wiz-bang” right out of the gate, but I appreciate a little bit of a slow build as new shows get that foundation under them a little bit. Set the table, make sure the glasses are filled, the right silverware is at hand, and then serve the main course and let the guests start to dine. That’s why the repeated backstory flashbacks that this episode featured was such a treat.

It gave us a feel for characters we had only touched on at a very surface level. I see Danny differently now, as well as Jared and Lourdes.  And I appreciate that extra look into their healing process — and how tough it must be now, more than five years later.

So now that the main course is on the table and the the meal has begun, it’s time to see just how filling “Manifest” can be over the second half of the season. There are some interesting threads hanging tantalizingly loose in the breeze of this show, and I’m very excited to see how they are eventually woven together — and where it will lead.