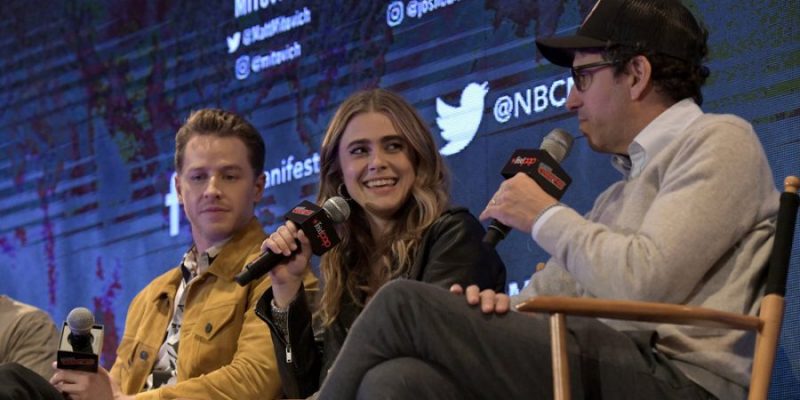 It would appear that time travel, or time loss, is appealing to television fans as NBC’s freshman effort, “Manifest,” has just gotten an order for three more episodes, bringing its total inaugural effort to 16 episodes. The show has become an instant hit and looks like it should be well on its way to a multi-year run.

Given that there are 16 episodes in play, and the news that the network plans to air brand new episodes in the first quarter of January, it would seem that “Manifest” will have a split first season, something that “Star Trek: Discovery” did this past year in its inaugural campaign. Only four episodes into its maiden voyage, the story of the passengers aboard Montego Air 828 has taken some fun little twists and turns, with premonitions, callings, stowaways and lives trying to be pieced back together after five-plus years of being “gone.”

“Manifest” has averaged a 3.9 rating in adults 18-49 and 17.2 million viewers in Live+7, making it television’s number one new series in both measures. The series premiere alone grew by 8 million viewers to 18.4 million in Live+7, the second biggest lift on record for any telecast on broadcast or cable.

As the passengers try to pick up their lives after being away so long, the show offers a look at just how difficult that can be as adjustments are being made, the government is breathing down their necks and new sensations are manifesting themselves in startling ways.