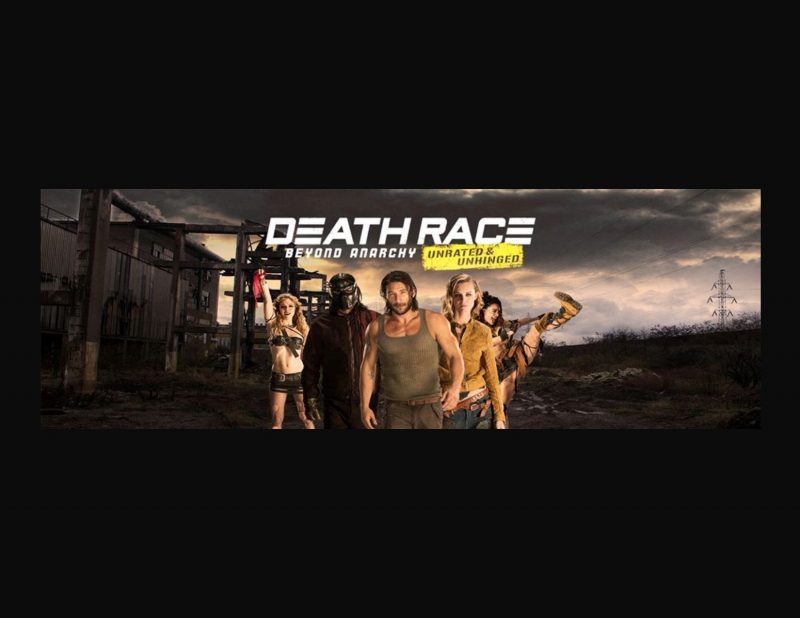 Have you noticed that gifted actor Zach McGowan avoids typecasting? Trust me, you need to see him in all of his diverse roles like Ray in “Imperfections,” Jody Silverman in “Shameless,” Roan on “The 100,” and his favorite and mine, pirate Charles Vane on “Black Sails.”

Today, Zach wants you to get to know his latest character, the Black Ops specialist Connor Gibson in “Death Race: Beyond Anarchy.” It’s an action-packed lead role that challenged and appealed to him. Zach says Connor is the “archetypal lone wolf” like those played by Kurt Russell. Here’s a preview.

“Death Race: Beyond Anarchy” is available now. Go ahead, snag or stream, you know you want to!

I learned more about this role and other deets in a recent phone interview. My take-away? This particular ZachMc is the quintessential Renaissance Man.

He’s a Carleton College graduate who grew up on the stage and traveled around the world before meeting the love of his life in college. He adores their two children and loves his dog, cooks, dances a mean Irish jig, and does an adorable “Frozen” lip sync.

He could have been a soldier like his father and one of his brothers, and no doubt he would have been an outstanding Marine, but with his parent’s support followed his heart to the NY stage instead (and we’re so thankful). Making the move to LA and the screen was a natural progression that allowed him to give up the typical stage actor pay-the-bills-waiting-tables gig and make a life and living doing what he loves.

When I asked about his screen preference, TV or movies, he focused on the similarities and seemed to have no real preference right now. He mentioned that with movies the actor (and us fans) quickly get the whole story as opposed to TV where we all have to wait to see what happens with the character’s arc. For him, though, it’s all about the storytelling and the talented professionals who are your co-workers. That’s what really excites him.

Social media, not so much, but he said he’s not hating it as much these days. He’s on Facebook, Twitter and Instagram where he thinks people are nicer. That comment led to a discussion about fandoms. Obviously he’s happy when his work makes an impact but the one thing he (and probably most actors) want you to remember when you see him on the street or at a Con? It’s the Golden Rule – treat others as you want to be treated. Seriously, he’s a person, just like us. If you don’t believe it, check out IG where you’ll see posts about his job, like audition and before and after stunt videos, and his life – family, some serious kitchen skills, even a slip and slide video!

Back to acting gigs, I asked which role (so far) got his heart racing and what it taught him. No surprise that he said you learn from every part, just like everyone does from every job they hold. No surprise his favorite cause it’s mine, too – “Black Sails” pirate Charles Vane. He feels he and Vane share some characteristics and that it was his first role as a full grown man. 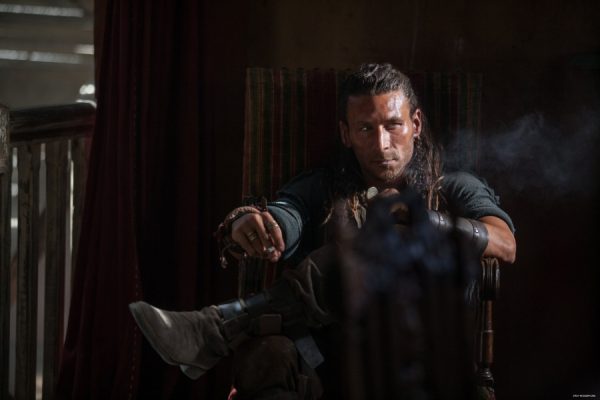 What was surprising and delightful was his description of his connection to all his characters. I wondered if he might see them as his children, but, no. He said they’re like your longtime friends who you don’t necessarily get to see often but who are always there inside you.

Add in that he refers to himself as “that dude from that show” and, come on, how could you not adore this man?! But, if you need even more reasons, you’ll get ’em in the next few weeks.

Besides “Death Race: Beyond Anarchy” (available now), we’ll see Zach as Justin in the first five episodes of “The Walking Dead” Season 9, premiering October 7. A huge Dead fan himself, Zach said it was exciting to work wth this amazing cast and crew. He specifically mentioned bad ass Savior Justin has scenes with Rick and Daryl.

The McGowan action continues on October 23 with the Blu-ray release of “Scorpion King: Book of Souls.” He plays the King (of course) and teams up The Nubian King’s sister Tala to find The Books of Souls. 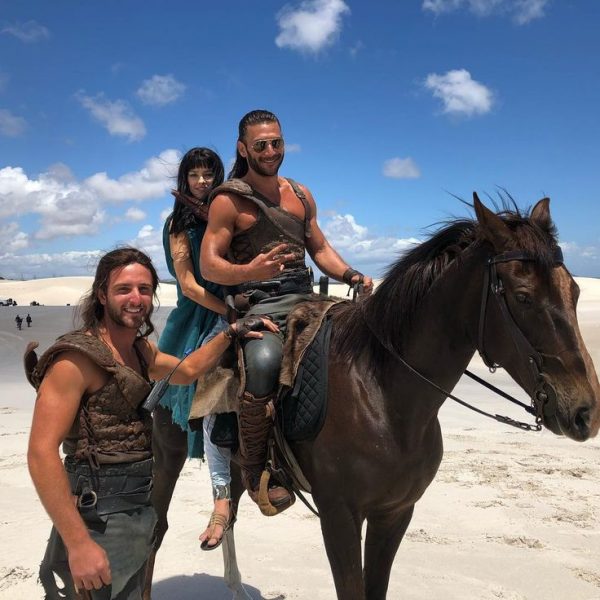 You can pre-order a copy of “Scorpion King.” Here’s the “Death Race” link again, in case you were distracted by that “Frozen” lip sync.

And there’s more to come. Zach McGowan is currently filming the TV series L.A.’s Finest and a movie entitled Robert the Bruce.

Follow Zach on social media. You’ll be glad you did. And, if you comment, remember he’s a real person, be nice!