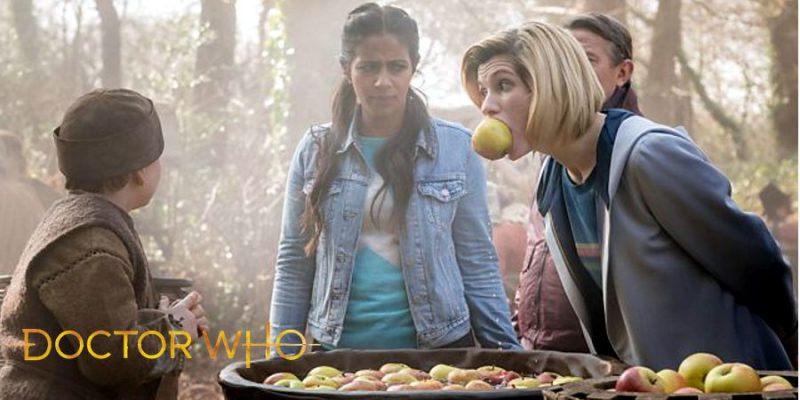 Doctor Who Episode 1108 Trailer: The Witchfinders

By: Tom Gardiner
bbc doctor who The Witchfinders trailer

Next week there’s no far-off planets or cosmic vistas, but where the Who Crew land is nearly as alien. Finding oneself in 17th century Lancashire in the middle of witch trials isn’t high on anyone’s bucket list. But don’t be fooled that a simple time brings simpler challenges – there may be more afoot than meets the eye. Isn’t there always?

Here is the trailer for next week’s Doctor Who episode The Witchfinders. It’s another blast from Earth’s past, just made more interesting, and deadly, by the writers. Sadly, this trailer also suffers from Too Short Syndrome, clocking in at only 10 seconds of actual footage! But hey, it’s what we get and I, for one, am happy to get it. I hope you are, too.

The Doctor, Ryan, Graham and Yaz arrive in 17th century Lancashire and become embroiled in a witch trial, run by the local landowner. As fear stalks the land, the arrival of King James I only serves to intensify the witch hunt. But is there something even more dangerous at work? Can the Doctor and friends keep the people of Bilehurst Cragg safe from all the forces that are massing in the land?

Doctor Who airs on BBC America Sundays at 8pm ET/PT