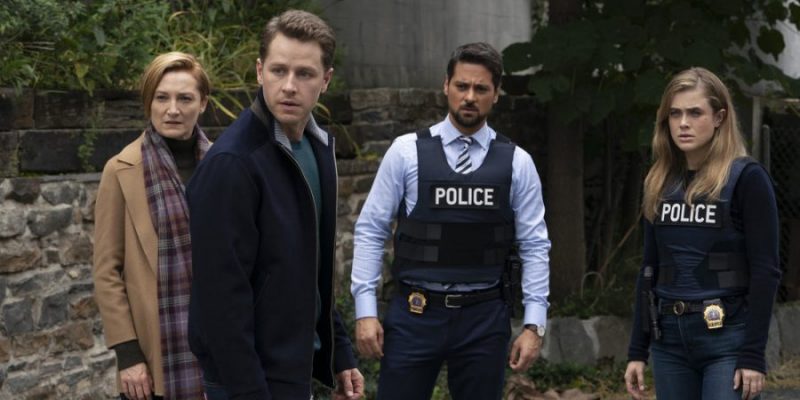 Director Vance dead, missing passengers found, relationships breaking, relationships rekindling, and a whole lot of confusion about what comes next. All-in-all a pretty full closet of actions and consequences in the mid-season finale of “Manifest.” It was, in short, a helluva ride. “Manifest” writers and actors, you have my thanks.

And with that explosive (literally) finale, we will have to wait until January 7 to see what is made of all the rubble, both figuratively and emotionally, that “Dead Reckoning” left us with. Judging by the final 15 minutes of EP. 109, and the sneak peak at the January return, that rubble is going to be substantial.

However, in the dust that settled after the explosion at the covert science facility, we discover to our irritation that Autumn Cox is not the escapee from the tests that she pretended to be — but an operative for the bad guys. Gotta tell you, the minute she wobbled into Ben Stone’s front yard, I turned to my better half and said “she’s a plant.” Honest, I did. And then her story about an “escape” from the van just seemed a little too vague and open-ended to me.

I was a little surprised that Ben’s radar didn’t go off, but then again he was so preoccupied with the missing passengers, I suppose finding one would have clouded anyone’s judgement in that moment.Gotta love Ben’s commitment to the cause. 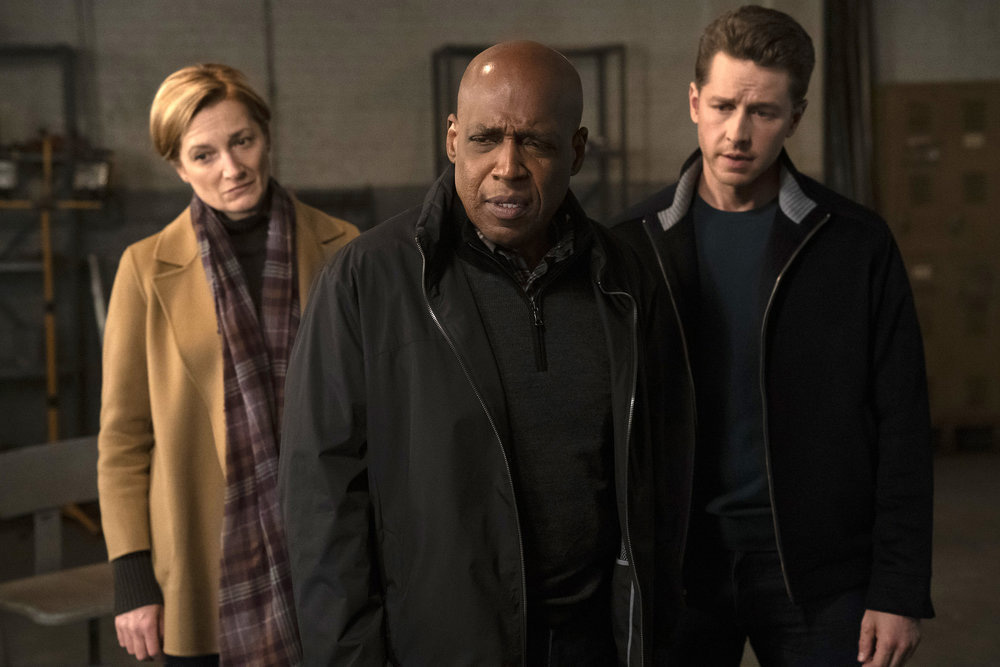 I’ll be very interested to see what Autumn turns out to be, especially now that the missing passengers have been found and her handler has, ostensibly, been killed. Will she continue to serve the needs of UDS or will she come clean and be an asset? It was an interesting little backstory “Manifest” gave us with Autumn (Played smartly and subtly by Shirley Rumierk) and though I sensed it initially, I was still surprised at her being a plant in Ben Stone’s life. But a plant for what? (Ponder, ponder, ponder).

Speaking of Ben Stone, that which I’ve predicted for weeks seems to have finally come to fruition — the break with he and his wife. It’s an interesting exercise to try and view the events of the recent weeks from both Grace (Athena Karkanis on point) and Ben’s unique perspectives. They have the same goal, but because they are coming at it from a different vantage point and personal experience, they continued to butt heads.

In the case of Cal’s health and safety, Grace’s inability to track with Ben’s experiences has caused a rift that, as we saw in the finale, looks to be pretty wide. 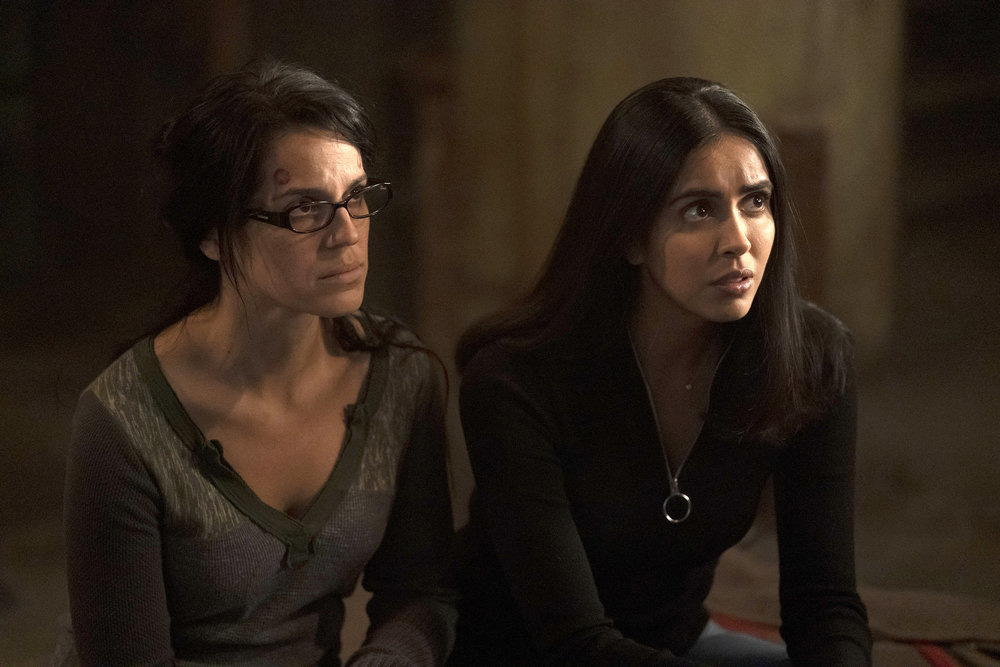 I understand Grace’s outrage at Cal being in danger, but in the end he was right and seemed unfazed at “taking the bus” to led his dad to the missing passengers. Let’s face it, Cal bears a ton of blame here, too. But…. Grace can’t comprehend what’s been going on and from Ben’s perspective he’s doing exactly what he needs to do to protect his son. I blame Ben on some levels because he has continually tried to massage the situation rather than just sit Grace down and lay it all out bluntly and completely.

I get it, sounds crazy, but a little bit of honest directness may have been better than babying this thing along — crazy sounding or not. But that’s my small irritation with how it all played out. Let me say right here that Josh Dallas does a great job of playing Ben Stone’s alternating confusion, conviction and desperate desire to return to normalcy when normalcy isn’t an option anymore. Great work by Dallas.

For now, Ben is out of the house wondering what to do next. And can Danny be far away? I think not. Oh, the tangled web that “the callings” spin for the Stone family — brother, sister and son.

In the end, though, Cal’s connection to Marco proved to be valuable and led to Vance, Ben, Michaela and Jared gathering at the secret lab location and breaking up the experiment. Unfortunately, exploding oxygen tanks created casualties, Vance among them. But he wasn’t alone. Jared took a nasty hit from falling bricks as well. In the end, it was a win that didn’t feel like a win on some levels. It felt as thought loose ends are still dangling out there in the breeze. Daryl Edwards, your work as Vance was on-point, sir. Well done. You will be missed, particularly now that you’d thrown off the dark side. 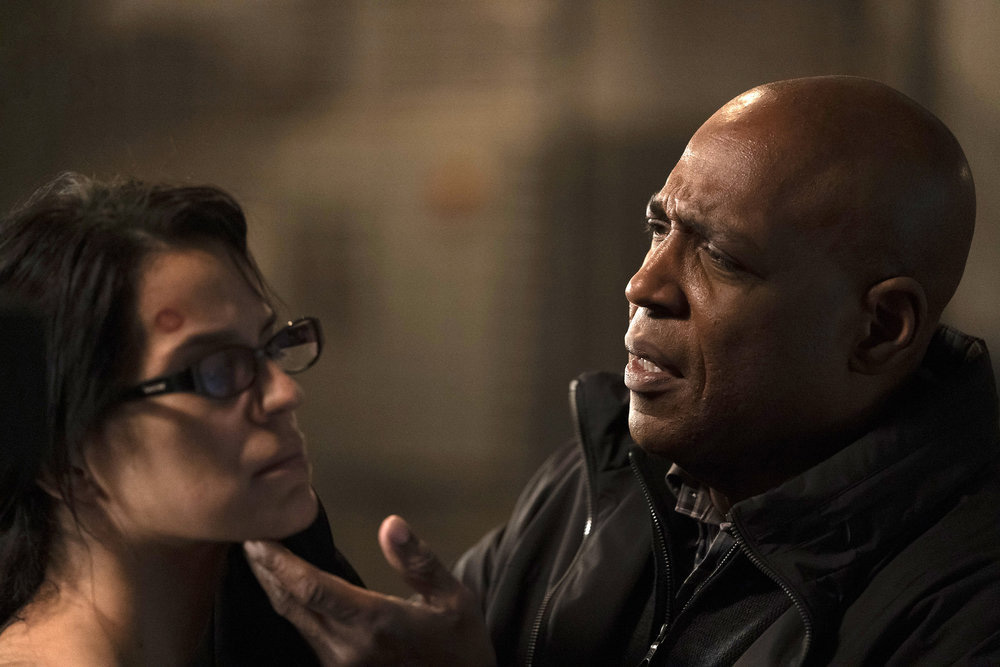 However, in the aftermath, the sexual tension that is Michaela and Jared is starting to rev up a bit, isn’t it? It was kind of a good moment to see Michaela just let the emotions out when she cradled Jared’s head in her arms. I think that’s something she’s wanted to do for a while — just let it out. And there was no way to mistake the angst, passion and heartfelt love she was trying to bottle up as she sat at Jared’s bedside at the hospital.

When he regained consciousness and she was about to leave and he grabbed her hand — that’s the signal that these two are about to embark on a little romantic crusade to get back what they both lost. I feel for Lourdes at this point and wonder just what that relationship is going to look like moving forward. Because Michaela and Jared are on, folks. And let’s face it, Melissa Roxburgh and J.R. Ramirez have a fun chemistry between them, which gives their characters a nice bit of longing and angst as they try to work through things. I like how they play off each other. They work nicely together.

It was interesting to me that Michaela felt that by supplicating herself to “The Calling,” she was able to help Jared recover. Ben wasn’t necessarily buying that as they talked in their secret subway lair after Ben left his home. Again, it often feels like “Manifest” is crossing nimbly between sci-fi drama and the spiritual vibe. There’s something there, but it’s veiled at this point. Can’t put my finger on it.

Michaela’s take on “the calling” certainly differs from her brothers’, but in that moment, she was convinced that by asking, she had received. She also espouses this “angel of death” theory about the calling — those who are told eventually die. Again, a spiritual element that is interesting. And again, Ben sees it as more of coincidental thing. 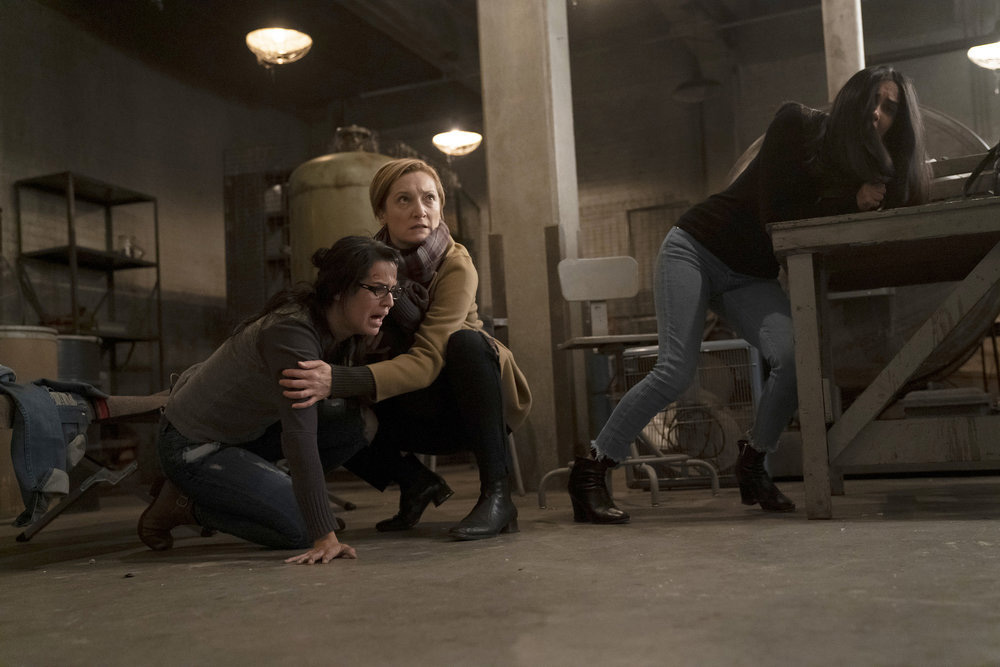 Very interesting turn and one that seems to be abundant in this show as we see people reaching the same decisions or achieving the same goal via very different methods and ideologies. It’s a great reminder that often-times, there are different ways to go about reaching the same destination. We see that repeatedly within “Manifest.” Ben and Grace, Michaela and Ben, Michaela and Jared, etc. The passengers aboard Flight 828 now have a unique perspective on things that others in their lives can’t. I find it intriguing to see how it plays out.

So we’ve got Vance dead, Michaela and Jared roaring toward renewing their relationship, and Ben tossed out of his home by Grace in a tale of two misunderstandings. But there’s certainly more, particularly with Autumn now on the scene.

But what I’m wondering, as the rubble is cleaned and the lives of our passengers take different turns, is how much of the evidence of what was going on has been retrieved? Did any scientists on the dark side make it out and if so, did they have the research. Is there any tangible proof that can’t be swept under the carpet by Unified Dynamic Systems?

Additionally, I’m a little curious about Dr. Fiona Clarke and the fact she took off with the remaining patients. 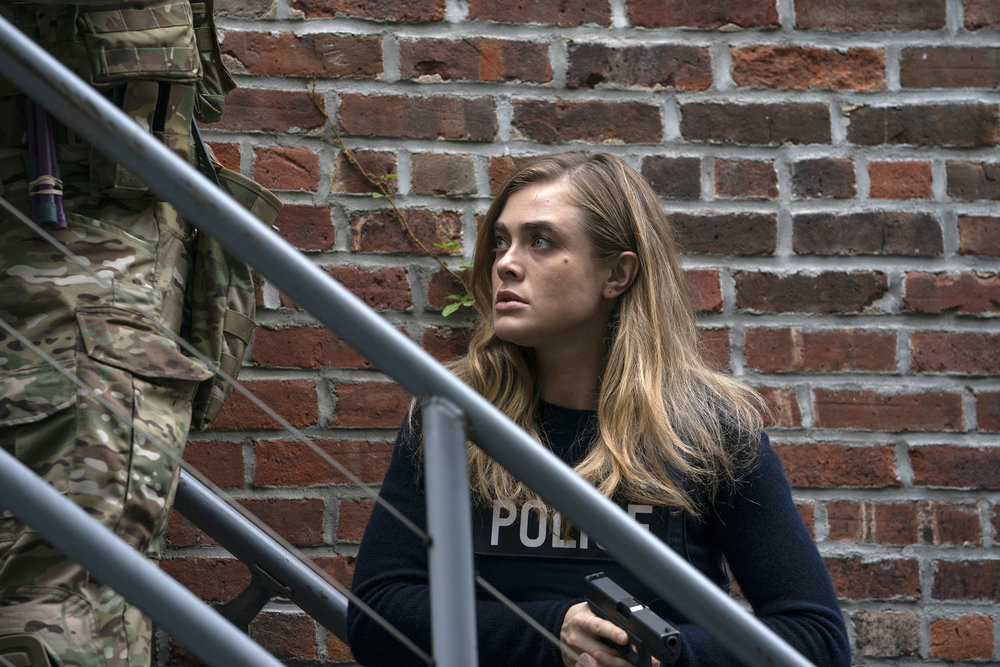 She said they’d be safe, but I couldn’t help but notice she did a quick search and snagged some research papers that were lying around. In the end, the hypothesis that she had put forward years before, the research that left her an outlier in the scientific community, appears to have been successfully (or at least partially successfully) implemented. At one point we see that not only is Cal effected by the experiment, but all the passengers felt the mental pain when the electro-shock experiment was turned up substantially. And who was on the other end of that microphone and camera? That, I suspect will be intriguing as heck when it’s finally revealed.

One has to wonder if Fiona, beneath that cloak of disgust and pained expressions may have had a little place in her scientific heart do a little jig in recognition that she was right? I suspect that Dr. Fiona Clarke is not done with the other passengers, nor are those that were being experimented on finished with their discomfort.

I’m curious about where we land when “Manifest” resumes on Jan. 7. With Vance gone, the Stones lose a huge ally in their fight. So where do they turn now? And what will “the calling” have them doing next? Again, what I think makes “Manifest” interesting is that it isn’t a weekly run of “calling offers message, good guys answer, save someone, etc., repeat.” What “the calling” is and why it has manifest (see what I did there?) itself in the passengers of Montego Air 828 really hasn’t had much explanation as of yet.

But it’s also clear that as much as “the calling” giveth, it also has a tendency to taketh away from our passengers. And while they figure out the rhyme and rhythm of this new part of their lives, the specter of Unified Dynamic Systems and its little side operation continues to loom over everyone.

I think the writers, actors and showrunner for “Manifest” have delivered a taut, interesting, sci-fi-infused drama that keeps us asking questions not only of the characters, but of the motivations behind the stories that are playing out. There seems to be few easy answers and I have found that to be not only challenging, but satisfying on several levels. The show has hit its stride nicely at the mid-season finale, but now needs an intriguing reset as we dive into the “B” side of season 1. I’m ready for more.