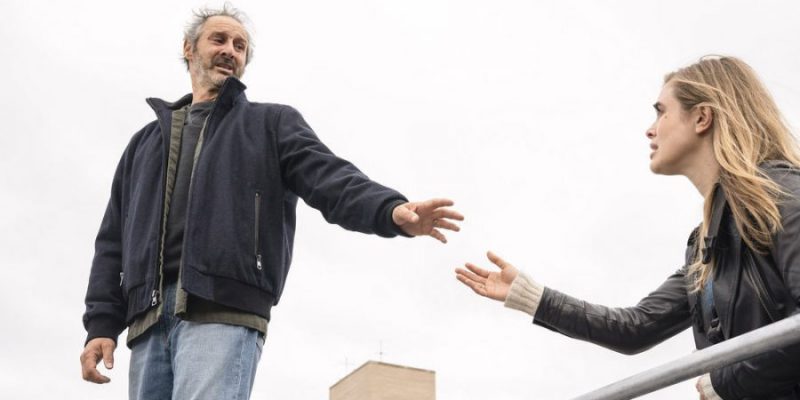 I called it last week and all my dreams would appear to be coming true as episode 109 of “Manifest” delivered further confirmation that Ben Stone and Director Vance are in this thing together. The bromance (which we’ll call “Stance” or perhaps “Bance) began brewing last week and came to a boil in an episode titled, “Point Of No Return,” as our good director demonstrated fervently that he doesn’t like secrets in his domain, particularly shadowy entities being naughty.

Oooh, I dig a Director Vance when he’s on the prod. And this director is motivated, isn’t he?

I think “Point Of No Return” is an apt title for this episode, particularly as it pertains to Ben and Vance. The pair have been thrust together by different streams of events, yet seek the same resolution. It’s clear there is no turning back for either of them at this point. They have, indeed, crossed that point of no return as Ben battles to save Cal, and Vance, in his duties to keep America safe, sees a threat to that safety within this shadowy organization — SP. Two different paths to the same goal — find the missing passengers from Montego Air 828. Kick a little ass along the way. I’m good with that. 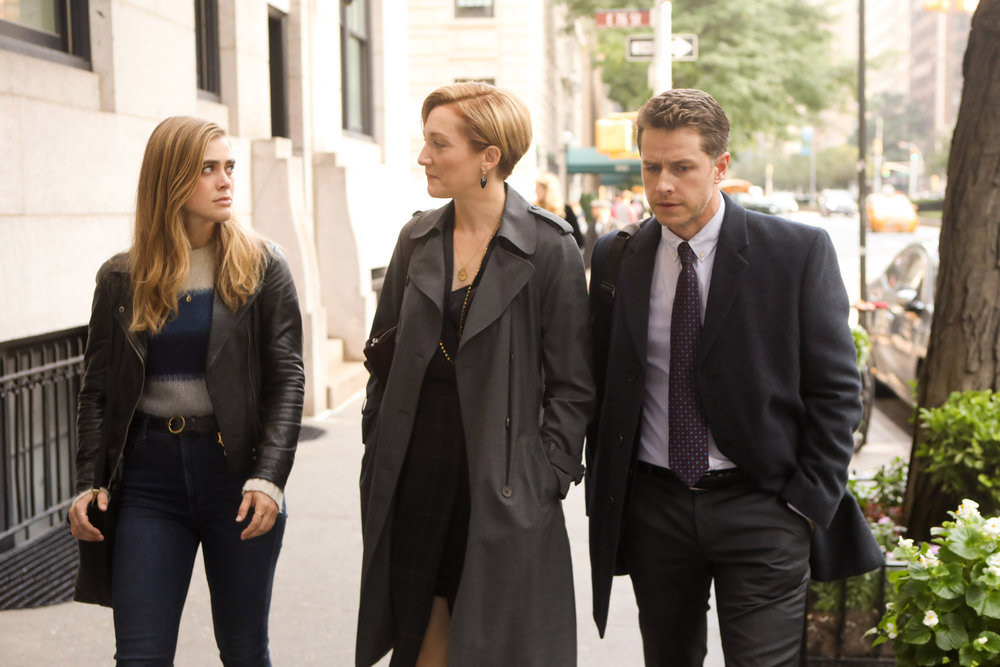 Ben has become quite the little shadowy operative, hasn’t he? He’s taking big risks and using his boss at work, Ronnie, like a wrench in a body shop. It’s fun to watch Ben kind of work the Fanboy mentality that Ronnie continually displays and use it to drill deeper into what’s going on. And the deeper he drilled in this episode, the closer to oil he got. And then, in a moment of utter clarity, he and and Vance made the discovery they both sought.

I continue to be intrigued by Ben’s complete focus on the search for Marko’s captors, and Cal’s tormentors, while trying to rebuild his life with his wife. Honestly, the strain of trying to keep it all together must be incredible. But his passion for family is what drives him on and, as I noted before, he’s become a gutsy operative in all of this. He takes too many chances and perhaps needs to slow it down a bit, but his commitment is total and fevered. And it’s paying dividends.

I do like that he’s hooked up with Vance, who has finally come aboard the “crazy” train. The pair make a nice, if uneasy, combination. Vance knows how the system operates while Ben has the guts and moxie to get the information they need for the next step. I thought we saw a formidable duo coalesce in this episode. Vance & Stone, the dynamic duo. It felt like the tension ramped up a bit as we head toward the mid-season finale. The location has been identified, now it’s all about getting there with firepower and taking down those who are involved. 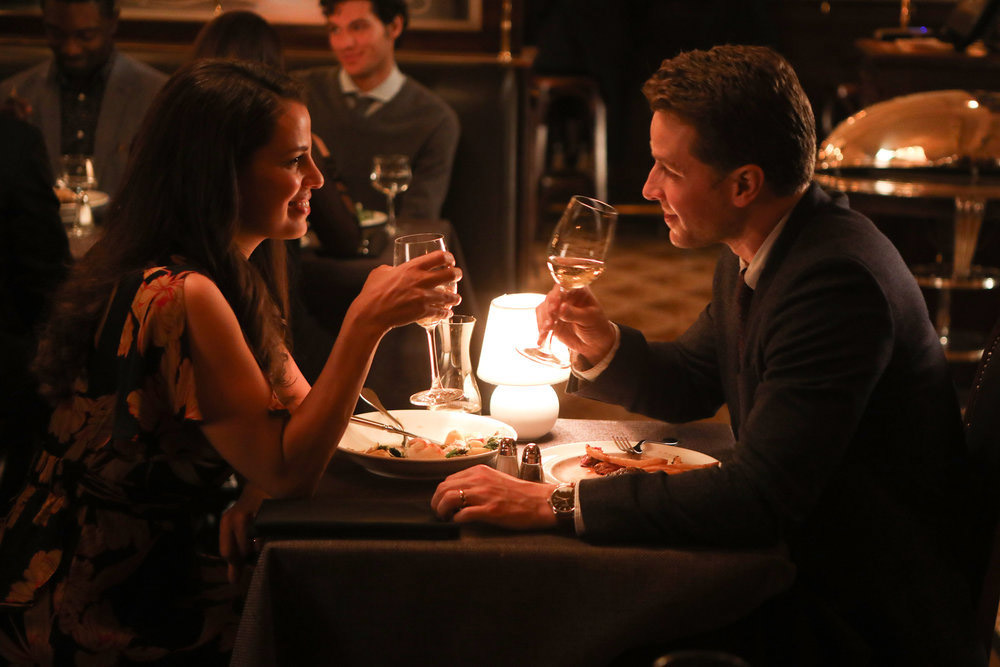 She isn’t in the episode a ton, but I’m hoping we see a bigger role for Dr. Fiona Clarke as we move forward. She proved an interesting operative as well, planting a bug in the SP office while ostensibly talking about her research. As it turns out, SP has our missing passengers in hopes of recreating “The Calling.” A chilling and scary development, one that takes on added depth in that SP seemingly doesn’t know that Marko has connected with Cal. I’d assume if that were known, the rush to nab Cal would be on. Yet another reason Ben and Vance need to shut this down. Knowing what SP is after, and that they’ve somewhat accomplished it, means Cal could be in danger.

But back to Clarke. I kind of like her background story — brilliant scientist essentially cast out of the mainstream science community for her out-of-the-box theories, etc. She’s a woman with plenty to prove and I’m hoping she will continue on in the show. It feels as though she would have the knowledge base to understand just what’s being done to Marko and how it’s impacting Cal. In the end, it would appear that Dr. Fiona Clarke was onto something after all. Suck it, science community.

I’m not sure how many more gut punches Michaela can absorb. She already carries this weary, somber vibe around as she tries to piece some semblance of normalcy together after so much of what she had only weeks before is gone. Remember, it’s only been a few weeks for the passengers, but five-plus years for their families and loved ones. That twist continues to be so interesting to absorb and Michaela is sort of the foundation of that confusion for this show. She just keeps getting slapped upside the head with little revelations that rock her world. 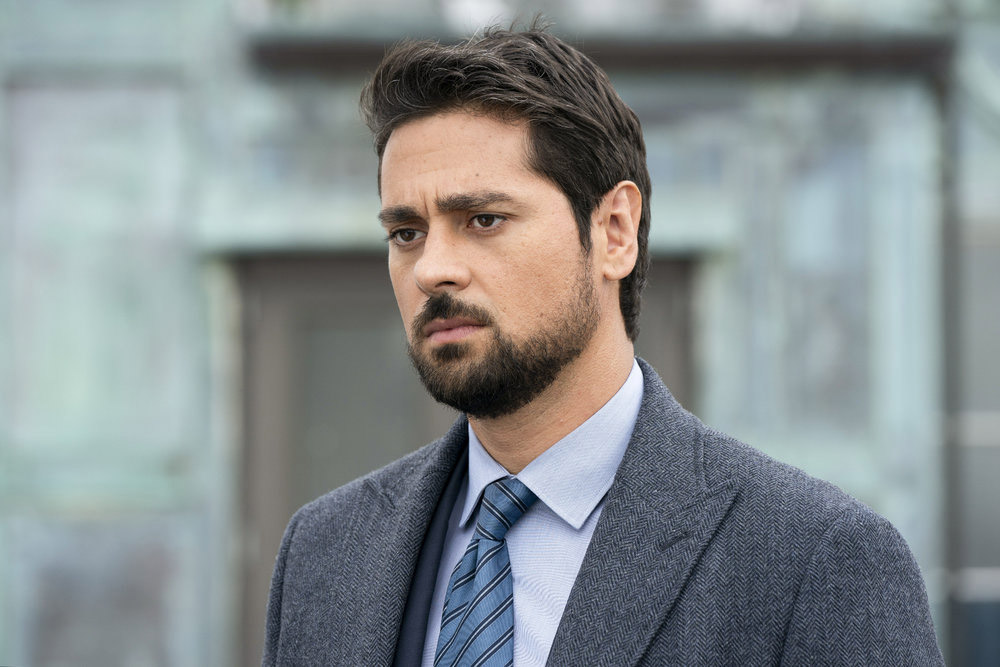 She hears “The calling” to “Not let him go” and translates that to a fellow passenger who throws himself off a building. You can see Michaela is “all in” on the callings, yet doesn’t quite know how to decipher them correctly. Often, the obvious meaning isn’t necessarily the correct meaning of a calling. But this suicide, and the apparently related deaths of several other passengers, a bar and the bar owner, take her down yet another dark emotional path. They are connected, but how?

That’s the question she wrestles with in this episode as the travails of the passengers from Flight 828 continue to pile up. Toss in the fact that her continued desire for ex-fiance Jared got a little wonky after discovering Jared and his wife are trying to have a baby. Will the blows never end for Michaela?

Michaela seems to be swimming in a sea of emotional turmoil and a daily struggle to simply understand what happened and what is happening. It doesn’t make it any easier that Jared continually gets dragged into Michaela’s swirling tide of emotional chaos. But I think he’s a willing partner to this adventure, though he’s not sure he believes what she feels she knows. I do think he needs to stop using the phrase “this is crazy,” however, as it’s obvious the “Crazy Train” is at full speed. It is crazy. Sometimes it’s crazy good. Sometimes not so good.

What we do know is that Michaela knows that there are strange things happening to the passengers from Flight 828 and I think she feels a strong responsibility to those who remain. Unfortunately, that responsibility comes with more than its fair share of emotional struggles for our lovely police detective. Each new revelation seems to be another skewer in the pin cushion that must be Michaela’s psyche. Truthfully, no character on this show engenders more empathy from me than Michaela. 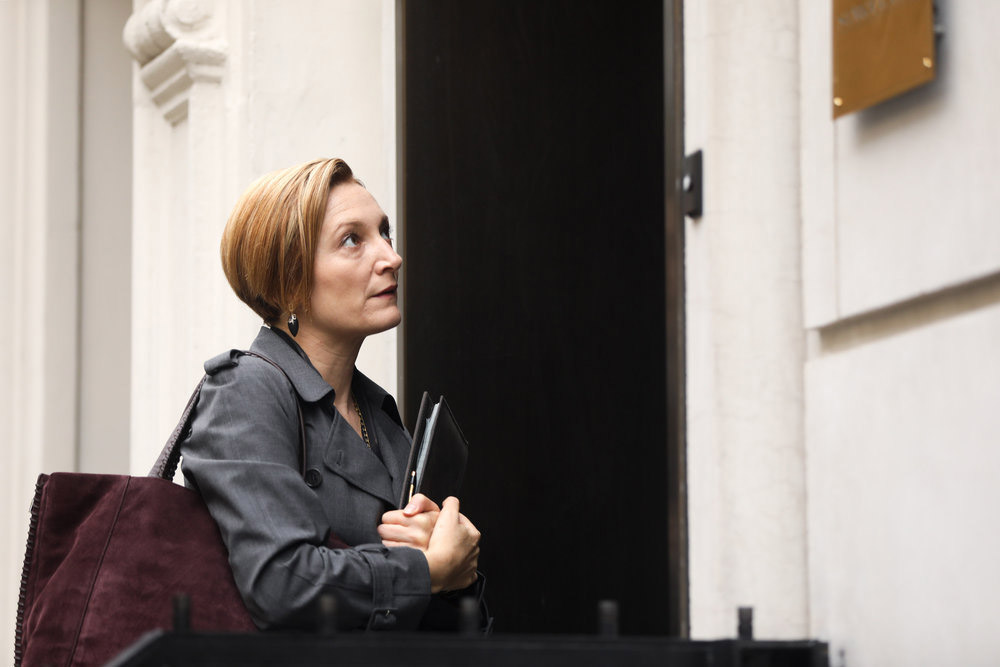 When Grace tells her about Jared and Lourdes planning a baby, all I could think was “no, not something else.” For me, there’s an air of sadness and melancholy around Michaela Stone. She needs a little light in her world. Here’s hoping.

Cal finally go to go back to school and I thought that was touching. Whether he knows it or not, he’s a bit of a celebrity, but his return was a nice touch. Also fun to see sister Olive kind of look out for him. I’m still not sure about Olive and where she is emotionally.

There are moments when I think the angst-ridden teenager is about to manifest (sorry about that) itself into some trouble, but then she shows a maturity and grasp of the situation and delivers positive energy. While the show focuses a lot on the adult’s need for finding a new normalcy, the same applies for the younger set. Cal’s ordeal with Marko isn’t over, but it was nice to see him amongst friends again, even if the age disparity is a little startling at this point. And Olive as the vigilant, positive sister was a nice touch.

Judging by the previews for EP. 109, things are about to break loose in a fun and revealing way. We get the classic evil guy line of “You obviously have no idea who you’re dealing with,” which should be included right under monologuing in the evildoer’s guidebook to talking. Vance and Ben had ID’d the hideout and now it’s just a matter of time before Vance kicks in the door. But what will they find? Will SP discover they’ve done it, they’ve created a mind-to-mind meld? We apparently have a runaway passenger who escaped the experiments, which should be revealing.

The mid-season break is nearly upon us, which will leave plenty of questions unanswered. While mental experiments and searches for normalcy are interesting, the most pressing question for me is how and where did nearly six years of the lives of Montego Air passengers go? And who did it?