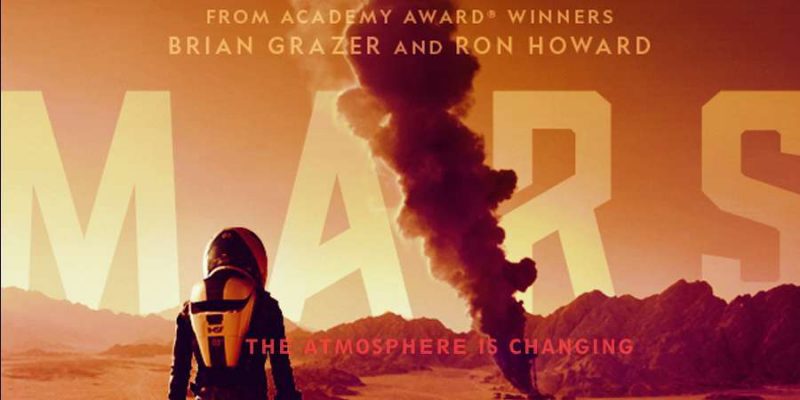 Last year, National Geographic launched an ambitious hybrid series about the red planet. Half documentary, half drama, MARS presented a highly realistic interpretation of what it will be like to colonize Mars. The dramatized story told the tale of how the first colonists might make a permanent home for themselves. Interspersed with the story were documentary segments discussing the technologies and techniques used in the show. This made for a highly entertaining story that was also very educational, and audiences responded. 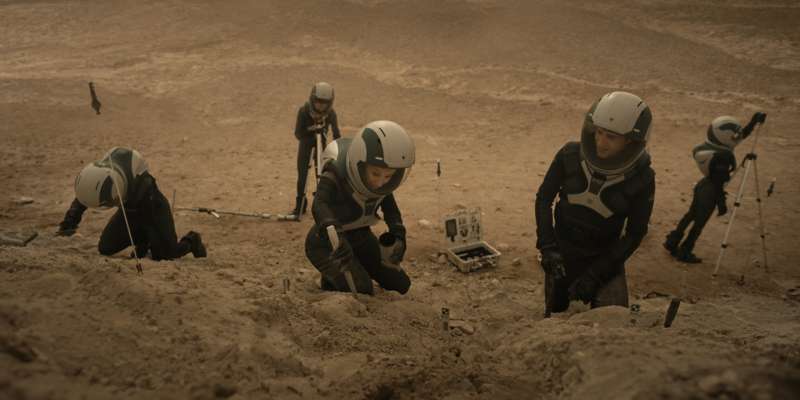 Continuing the tale, season two starts almost a decade later than season one’s finale. By now, the technical side of things have been well established though there are still hurdles to overcome. Adding to the stress will be the arrival of private industry settlers. The conflict between scientists and capitalists will be a theme this season, and will only serve to add more realism to season two.

The prospect of terraforming Mars once was considered science fiction, but soon, it will be a reality. Season 2 of MARS returns with a hybrid, six-episode arc that alternates between scripted drama and documentary sequences to predict what life will be like on the Red Planet forecasted by what’s happening now on Earth. It picks up in 2042 when the International Mars Science Foundation (IMSF) astronauts have developed a fully-fledged colony, but to fund their mission, they need the help of the private sector. MARS delves into the archetypical friction between science and industry on this unforgiving frontier. The mission to terraform a virgin planet comes with heavy adjustments, including how humans we’ll cope with contamination, illness, death, natural disasters and even the first Martian baby. Are we doomed to repeat the same mistakes when Earthlings become Martians? 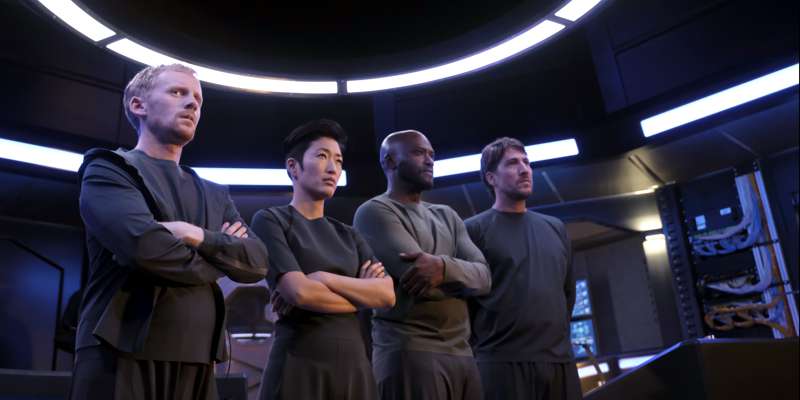 (From left to right): IMSF crew Gunnar Cautery as Mike Glenn, JiHAE as Hana Seung, Sammi Rotibi as Robert Foucault and Alberto Ammann as Javier Delgado. In the first episode of season 2, Scientists at IMSF’s outpost on the Red Planet brace for the arrival of a new set of colonists—miners commissioned by Lukrum, a for-profit corporation. The mission to colonize Mars becomes a battle between science and self-interest when Lukrum makes its home on the Red Planet.
(photo credit: National Geographic/Dusan Martincek)

MARS picks up five years after the conclusion of Season 1, following the successful maiden mission to the Red Planet when the original International Mars Science Foundation (IMSF) crew struggled to safely land on and create an initial settlement. It’s now the year 2042, and IMSF has established a fully-fledged colony, Olympus Town, but they cannot finance the Mars expedition alone. Doors of opportunity have swung wide open to the private sector, but tensions arise among original mission-driven scientists and miners sent by the for-profit corporation, Lukrum Industries, which create a new world of challenges for everyone on the Red Planet.

If you haven’t seen the trailer yet, you really should check it out. This season looks to be even more interesting and informative than the incredible season one.

If you haven’t seen season one of MARS, you can stream it absolutely free at National Geographic’s MARS webpage.