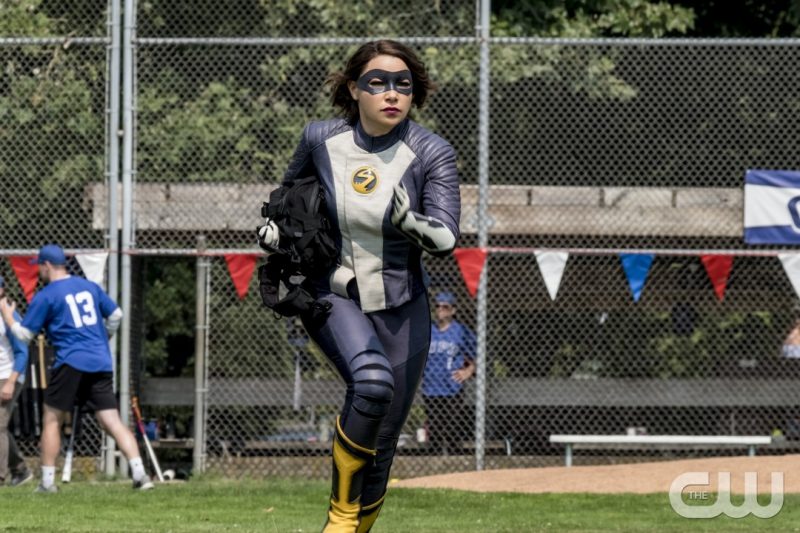 This week’s episode of The Flash stopped the presses with new threats to both Central City and fans’ emotions. Between a devious metahuman reporter writing breaking news headlines before they even happen, Nora’s unexplained frostiness toward Iris, and the ongoing mystery of Cicada, this episode kept me riveted. There’s a lot to unpack, so let’s get moving. 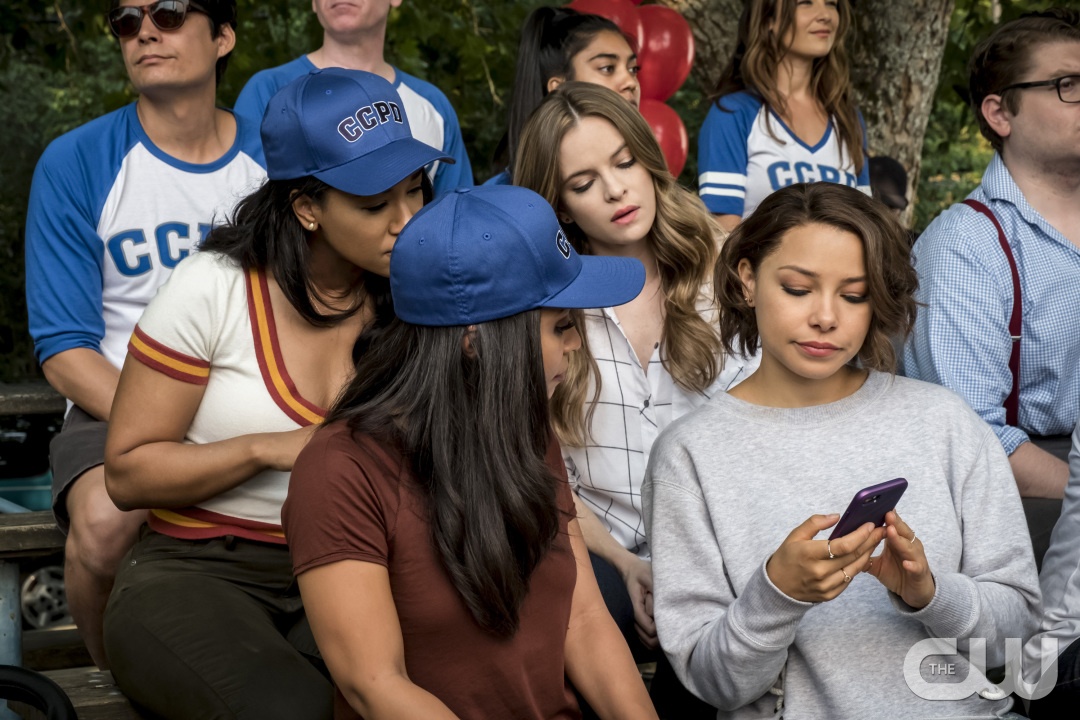 We learn in this episode that one of Iris’ rival reporters, Spencer Young, became a metahuman the night of the Enlightenment. Her power is abstract, best explained as ‘she hypnotizes people into acting out whatever headline they read.’ Nora and Barry both fall victim to her headlines, and this power is an intriguing twist on fake news.

As a concept, Spencer’s power is pretty absurd. But then, so are a lot of metahuman powers. This concept also helped open the door to another one that’s interesting, but also absurd: metatech. Technology with superhuman abilities. I genuinely have mixed feelings on this one. I think that it has potential to be used in really fascinating ways in future episodes. But it also has the potential to be used as a crutch to explain away even more ridiculous pseudo-science. We’ll have to wait and see how it plays out. 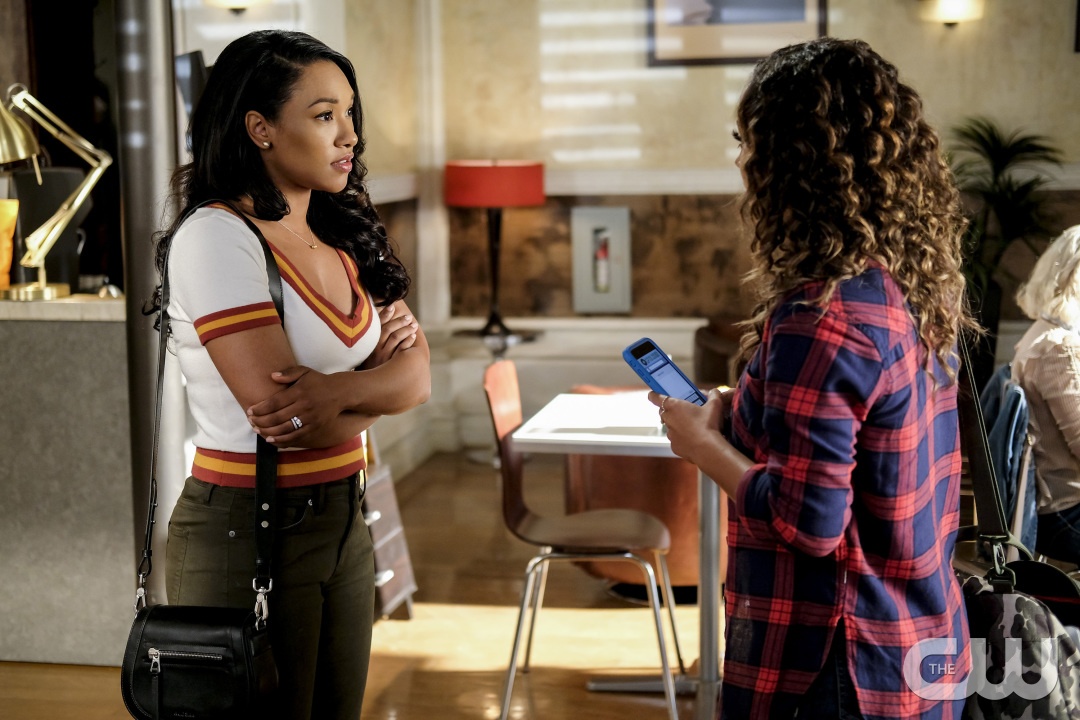 Nora messing with the timeline to get to know her dad? Understandable. Nora being so cold to her mom than Killer Frost would be impressed? Not so much. We’re left to ponder on why Nora has such a strained relationship with Iris for a while, until the truth bomb finally lands. Iris put a dampener in Nora to hide her powers for almost her entire life. Nora makes a really compelling argument, accusing Iris of taking away her choice, her autonomy.

Poor Iris is left not understanding why her future self did that to Nora. She eventually comes to an understanding of her own that whatever the reason is, it’s a good one. As an outside viewer, I found myself unable to take a side on this. I don’t know Future Iris’ motivation, but both Iris and Nora have valid reasons to be upset. Iris most likely made that decision from a place of love and a desire to keep her daughter safe. But Nora is her own person and deserves autonomy of herself and her metahuman abilities. So the audience is left feeling sympathy for both of them. I thought that was really well done. 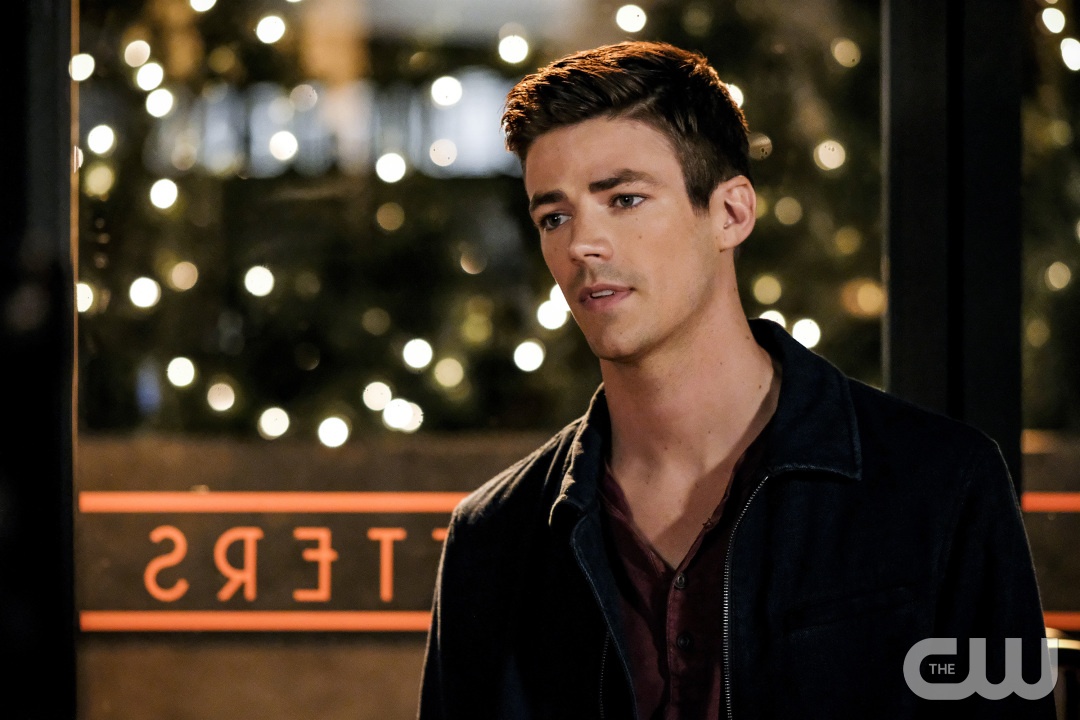 Sherloque Wells and Ralph get their own side-quest in this episode, both trying to uncover clues that will help solve the Cicada mystery. This turned into an enjoyable dick-tective measuring contest between two men who think they can outsmart each other. Ralph insists that Cicada’s mask is what will help them identify Cicada, but Sherloque continues to insist that Ralph is a frightened giraffe who is wasting time.

The dynamic between these two was fun to watch. Admittedly, I’m not entirely sold on this Sherlock version of Wells. Bringing in more and more versions of the same character has gotten stale. But this episode managed to make Sherloque more enjoyable and he even showed growth as a character in admitting that Ralph’s mask theory was actually a good one. They now know Cicada has breathing problems and was likely one of the metahumans created during the Enlightenment. 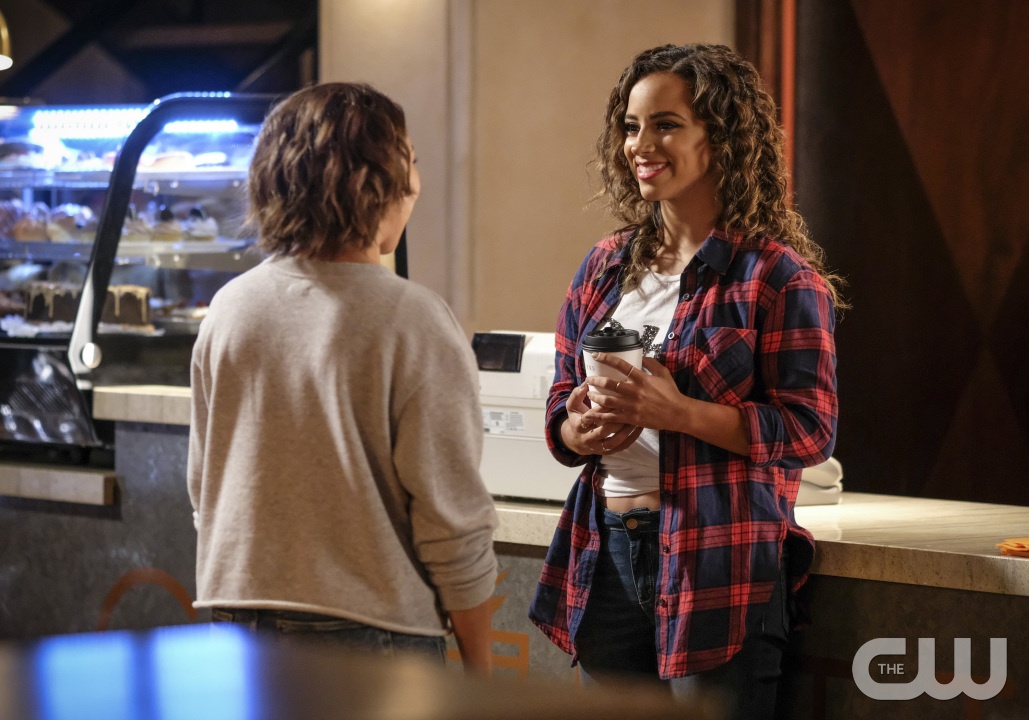 Spencer is a somewhat interesting villain whose motivation was more about furthering her own journalism career than anything truly nefarious. She became a decent filler villain, but her most important role may have been the revelation that Nora is gay. That flirting scene was super fun to watch, especially the reactions from Iris and Barry.

Though light-hearted, this episode was in part a commentary on the current news climate. It pitted Iris, who represented ethical journalism, against Spencer, who represented clickbait journalism. The episode managed to downplay the politics pretty well, but Iris saying “fake news” felt forced and out of place. 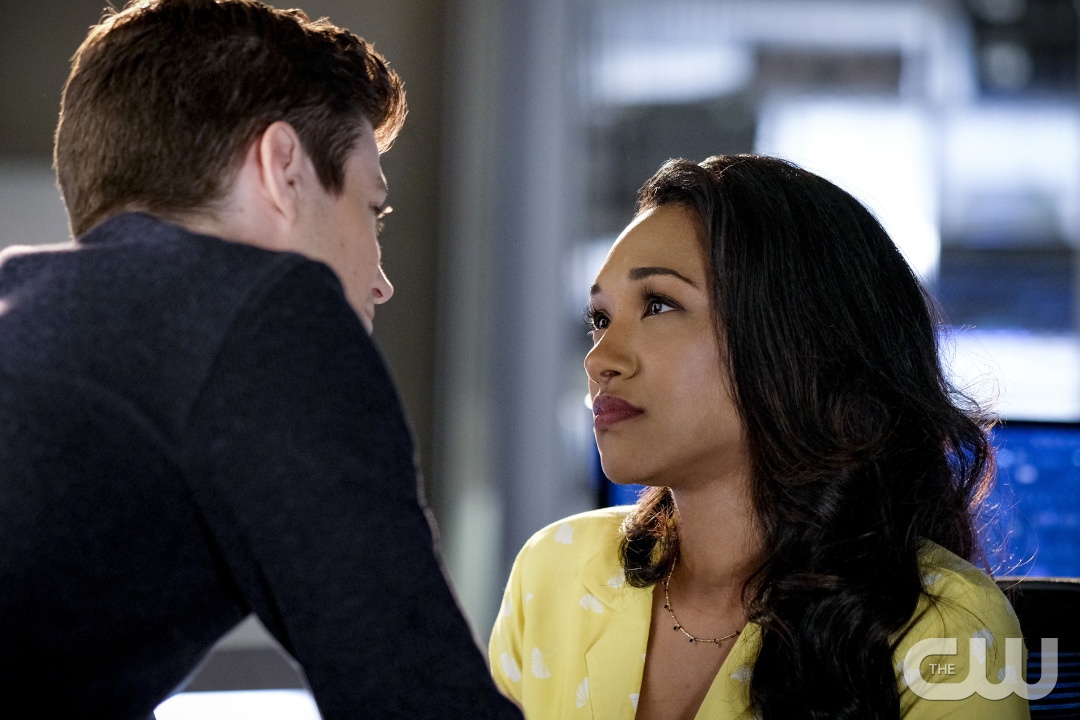 Bonus Round: Barry and Iris Trying Their Best

This episode had a bunch of fun and sweet moments for Iris and Barry.

First, that West-Allen breakfast scene was wonderfully entertaining. Iris was trying so hard to have an enjoyable morning with her husband and daughter. However, between her terrible cooking and Nora’s coldness, it just wasn’t working. Bless Barry for trying his best to salvage the situation and praise his wife.

Second, Barry being terrible at softball was so endearing. Without his speed, his really such a clutz and we love him for it. In fact, Barry took on a supporting role in this whole episode rather than being in the spotlight. And taking Iris side, even though Nora was so distraught, was another way to show how much he loves her.

Third, Iris helping Nora on the comms was such a touching scene. She coached Iris like she’s coached Barry, supporting them and getting them through a rough situation. It was very enjoyable. 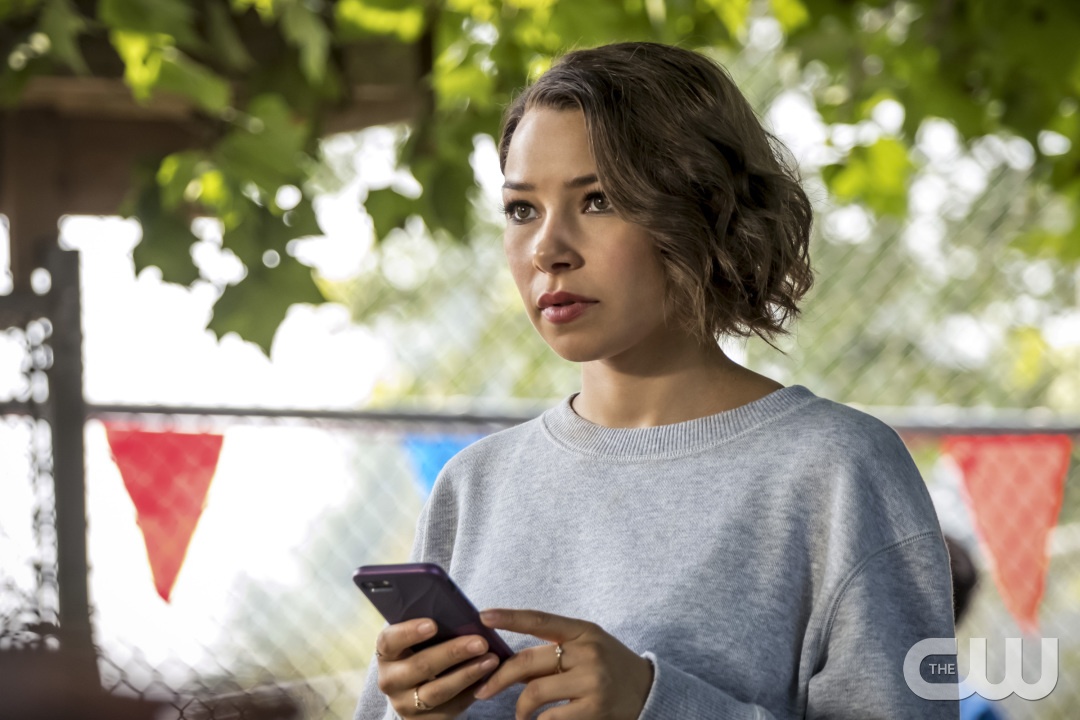 I give this episode 9 out of 10. It had a lot of great moments and, even though the villain wasn’t much of a threat and had abstract, corny power, it was a strong installment for the season. We learned new information about Cicada as well as Nora. Both are very important to the season as a whole, and the unfolding drama between Iris and her daughter is something that I’m very happy with.

I’m fairly certain that the reason Iris hide Nora’s powers from her has to do with Barry’s disappearance, and was likely done out of fear for Nora’s safety. That doesn’t make it right, but it does add to the emotional core of their relationship and the path to healing the divide between mother and daughter.