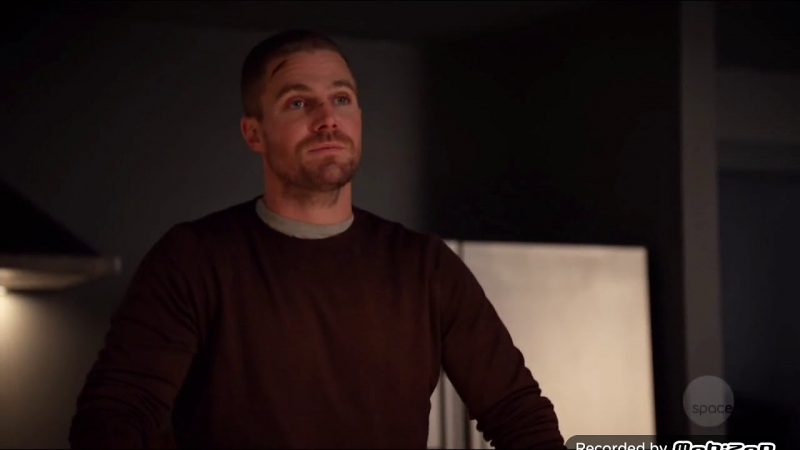 This week’s episode was primarily about Oliver readjusting to his civilian life after getting out of prison, but not all is what he’d hoped it would be. There’s still plenty of crime and unease in Star City, and let’s not forget that the flash forward scenes are unraveling a dangerous web of plot as well. Let’s begin with the newly reunited couple.

Oliver and Felicity enjoy a bit of marital bliss before, surprise, surprise, there’s trouble in paradise. A break in at the Queen residence opens Oliver’s eyes to the fact that, while he was away, Felicity changed. I knew this was coming, but that didn’t make it easier to watch. The look of shock and hurt on Oliver’s face was heart-wrenching (kudos to Stephen Amell for his continued great acting).

As the preceding episodes showed, Felicity changed in order to survive. She had to kill a part of herself as a necessity, and Oliver somehow didn’t think that would happen. More likely, he couldn’t. He was too focused on the perfect version of Felicity, the one that was his guiding light through the darkness of Slabside.

This newfound tension between them will definitely be a big part of the latter half of the season, both in the present and future scenes. We still have to figure out what led Present Felicity to the actions of Future Felicity. And if you think Olicity are actually going to call it quits…what show have you been watching? 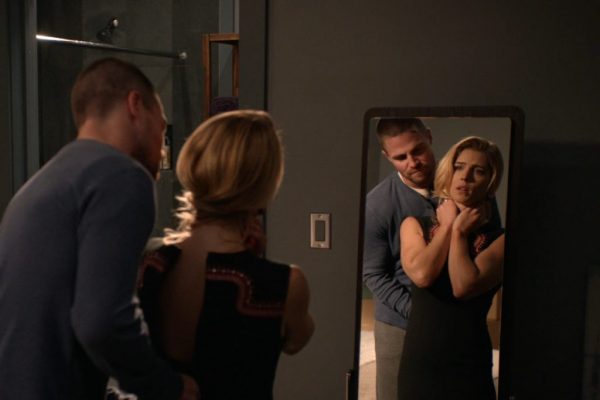 We finally see who’s under the copycat’s green hood. It’s not who I predicted, sadly, but I’m not too disappointed. The copycat is Robert Queen’s secret love child, Emiko Queen. I was shocked by the reveal, but shortly after that shock turned to “well, of course it’s a secret love child/half-sibling. This is Arrow, after all.” It’s only fitting that we have a soap-opera-worthy twist.

I should have known it was a woman under the hood, especially since she used a voice modulator. But I figured it would be someone we’d seen a lot of in past Arrow seasons. Having it be Oliver’s half-sister will present a lot of opportunities for angst (which this show loves), and more tension between Oliver and his loved ones.

Oliver and the SCPD

Oliver Queen dons the Green Arrow suit once again! It was only a matter of time before he suited up, but this time he’s going unmasked and in cooperation with the Star City police. It was a significant moment for Oliver to face the city again, this time with everyone knowing exactly who he is and what he’s done.

Dinah is certainly not the first to think of having the Green Arrow work with the cops—even when it pissed off the higher-ups. Watching that all unfold made me really miss Quentin Lance. We’ll see how long this cooperation lasts—the mayor is already 100% against it. But I am curious to see how it will affect everyone, especially the rest of Team Arrow. 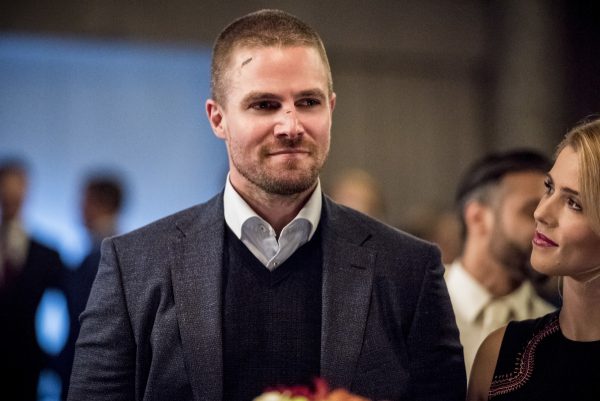 Speaking of Oliver and the SCPD, this week’s episode had the return of Max Fuller. Talk about a blast from the past! He’s still a rotten guy, but this time we were able to see him brought to justice. This season has been full of call backs to previous seasons, for better and for worse. I feel this was one of the better instances and gave Oliver a nice opportunity to put another part of his past to bed. He even confronted Fuller as Oliver Queen asthe Green Arrow.

Ricardo “I’m not dead yet” Diaz vs John Diggle

I guess we haven’t seen the last of Diaz (which is not surprising, really). Diggle and Lyla go to him for help, of all things, and it’s a truly dire situation for them to even consider doing that. No doubt they’re trying to bring in reinforcements against the Longbow Hunters, but Diaz has been built up into the type of villain who is quietly relentless and always has another means of getting what he wants. This could backfire on the Diggles in devastating ways.

As for John, he’s still very much not like himself. This season has him showing a strong front, but really struggling beneath the surface. He’s barely a member of Team Arrow anymore. I hope that the second half of the season explores his dark turn and brings him back to the Diggle he used to be. Which leads me to think (or maybe just hope), that the writers are treating him this way as a part of the transformation theme of this season. Felicity, Oliver, and Diggle have all transformed in ways they couldn’t have predicted. They’ve all had to kill a part of themselves to survive. Diaz was a big part of that for all of them. It seems he may continue to be. 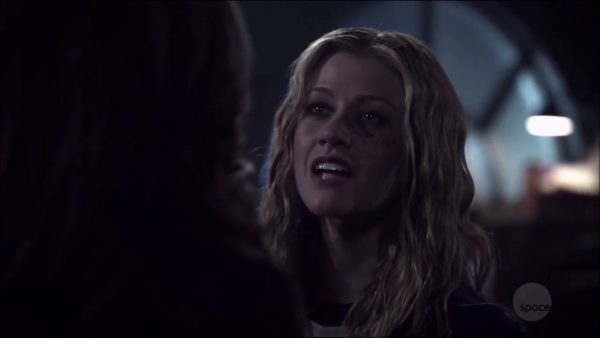 In the future, William and company meet a woman named Maya, AKA Black Star, and she’s certainly an interesting character. Strong-willed and a talented fighter who I’m sure will be a significant part of unraveling the mystery around Felicity’s “death” and the bombs.

Also in a flash forward, Dinah and William shared a really great scene in this episode as she explained to him the “Mark of Four,” which stands for courage, compassion, selflessness, and loyalty. She even reveals that the mark is the reason Roy left the island for William.

I give this episode 9 out of 10. It had some really stellar scenes, new and returning character integrated very well, and a few surprises thrown in to keep the drama and the tension high. The flash forwards have been done particularly well, too, and I’m looking forward to seeing more of the pieces put together about what happened. And then, at the very end, we get a fun taste of the big crossover with a scene on Earth-90 where we see many dead bodies, including Green Arrow’s, before we have a brief struggle between The Flash and our mysterious villain. Exciting!