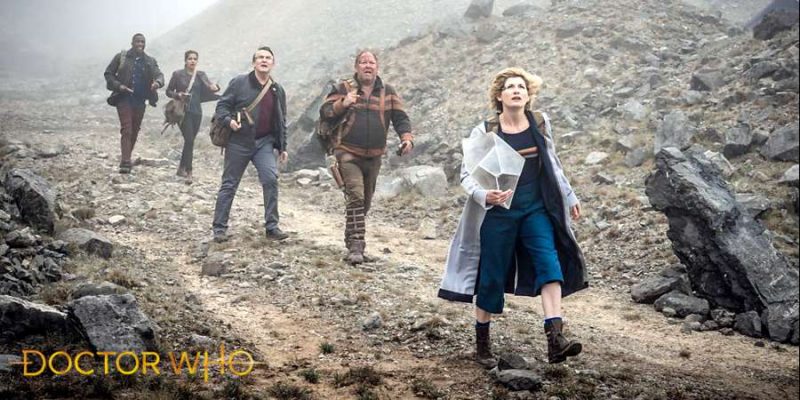 Doctor Who S11 Finale Trailer: Another Cheery One

The Doctor Who season 11 finale is next week and it feels like things just got started. So after next week’s credits roll all we’ll have left in the very near future is the New Year’s Day Special. That kind of sucks, doesn’t it?

As Graham says in the trailer (and I stole to use in the headline), “Another cheery one.” Sorry I can’t use a sarcasm font, but hearing Graham saying it leaves no doubt. Nor does the trailer, which makes it look like the finale will be a rather dark episode.

Official episode synopsis for season 11, episode 10 of Doctor Who:

On the planet of Ranskoor Av Kolos, lies the remains of a brutal battlefield. But as the Doctor, Graham, Yaz and Ryan answer nine separate distress calls, they discover the planet holds far more secrets. Who is the mysterious commander with no memory? What lies beyond the mists? Who or what are the Ux? The answers will lead the Doctor and her friends towards a deadly reckoning.

Doctor Who airs on BBC America Sundays at 8pm ET/PT