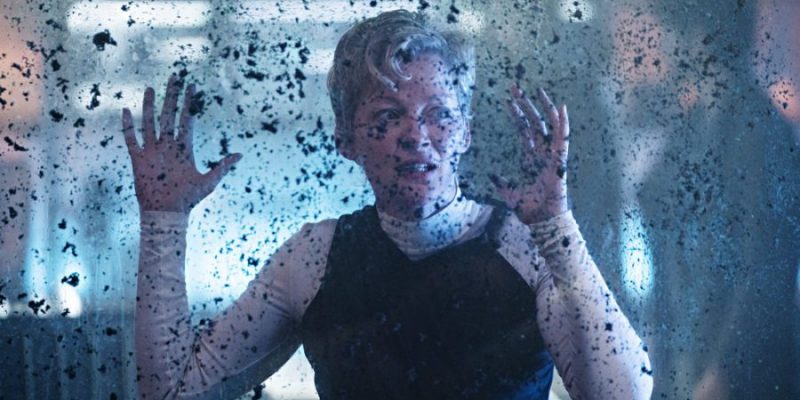 Nightflyers: As The Crew Fades, The Volcryn Call – Review, S1

When all was said and done, when the blood had finished spilling and more of the Nighflyer crew had perished, Karl D’Branin got what he really wanted all along — first contact with the Volcryn. But I’m wondering if it really is ‘first contact’ in the traditional sense. After all, he’s “going home” and they seem to know a lot about him. Just food for thought.

After the final five episodes of the first season of “Nightflyers,” I can honestly state that I really enjoyed the last half of the season much more than the first half. And I think that’s often to be expected as a new show has to take time to set up the story, give us some character background, etc.

While I enjoyed episodes 1-5, I was really delighted at the twists and turns that episodes 6-10 brought to the fore. Boy, things got wild, then darkly wild, and then just off the rails interesting as the season wound its way through the final episodes.

But at the end, the Volcryn and D’Branin are going to have their time together, which leads us to the question of just what that will accomplish as we prepare (hopefully) for a second season of “Nightflyers.” 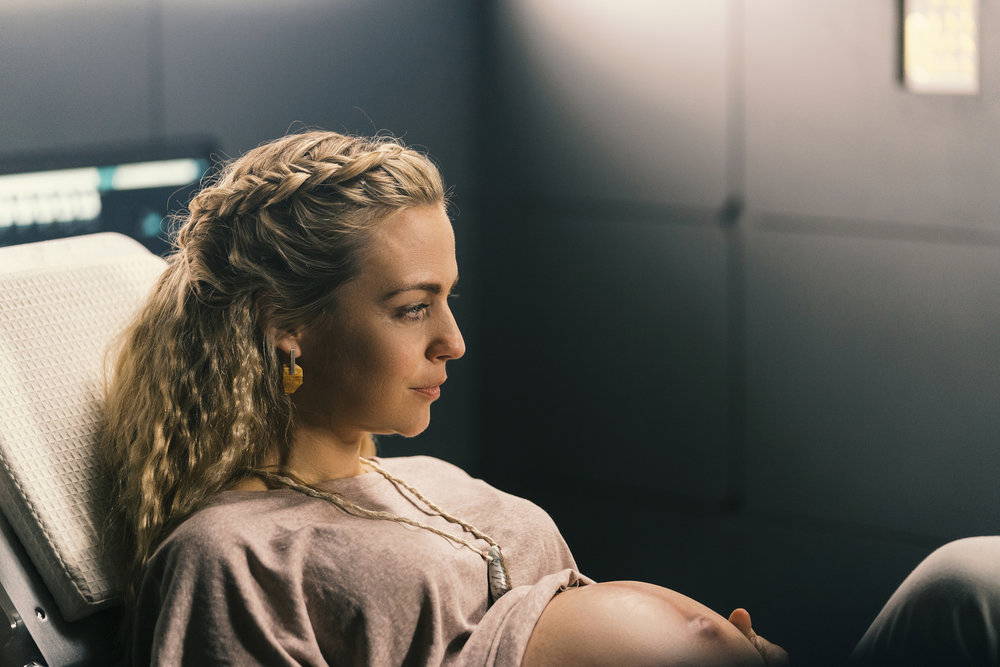 Our last set of episodes bore witness to the team slowly losing focus on the mission. Rowan and Tessia became a couple and would soon be expecting a baby, all the while Lommie was dealing with her own demons and using the Nightflyer computer systems to build a fantasy world, while D’Branin and Agatha renewed passion-filled acquaintances.

And then there was Melantha, who noted the disintegration of focus throughout her team while also trying to figure out her relationship with Roy Eris – which was cut short. Then it was rekindled in a weird, laboratory rat kind of way. In short, there was a lot going on personally in the last half of season 1, and nearly all of it ended in disaster, death or both.

And Cynthia, dear Cynthia, was not going to be left out. As it developed, we find that nobody puts Cynthia in the corner. Particularly not Lommie. Oh, poor Lommie. In the end such easy prey for someone like Cynthia, right? Great scene of Lommie in a dark engineer corridor lying on wires, oblivious to her surroundings like a junkie on a high. And on some level, it was just that. 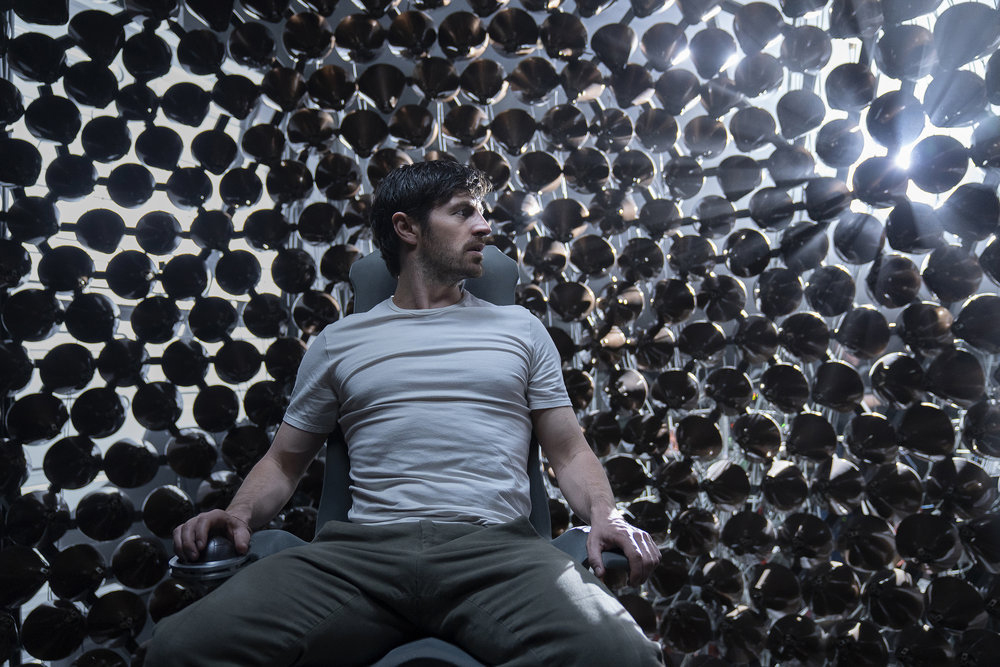 The Rowan-Tessia romance was a nice light note in a show that spent a lot of time dealing with the darkness of space, as well as the darkness within. That’s why I was absolutely certain that something ugly would befall the new couple — and I was right.

Personally, I loved how Rowan just kind of fell off the face of the “science matters’ world and devoted himself to his lover and their soon-to-arrive baby. First contact? Who the hell cares, he’s in love, baby.

While D’Branin was hooking up the organic matter retrieved from the White Rabbit probe to every sensor and power source he could find, Rowan was just chilling out with his babe. Relaxed and non-committal to anything but that happiness he was enjoying with Tessia. And then it all went ‘poof!” Literally.

But as noted, the darkness is never far from our merry band of adventurers, is it? The spore infection that took the life of the baby, as well as his beloved Tessia (courtesy of a decontamination protocol), proved too much for Rowan to manage emotionally, which took us on a Jack Nicholson tour, complete with axe, blood and some body parts going missing. A nice bit of the unhinged by dear Rowan, right? 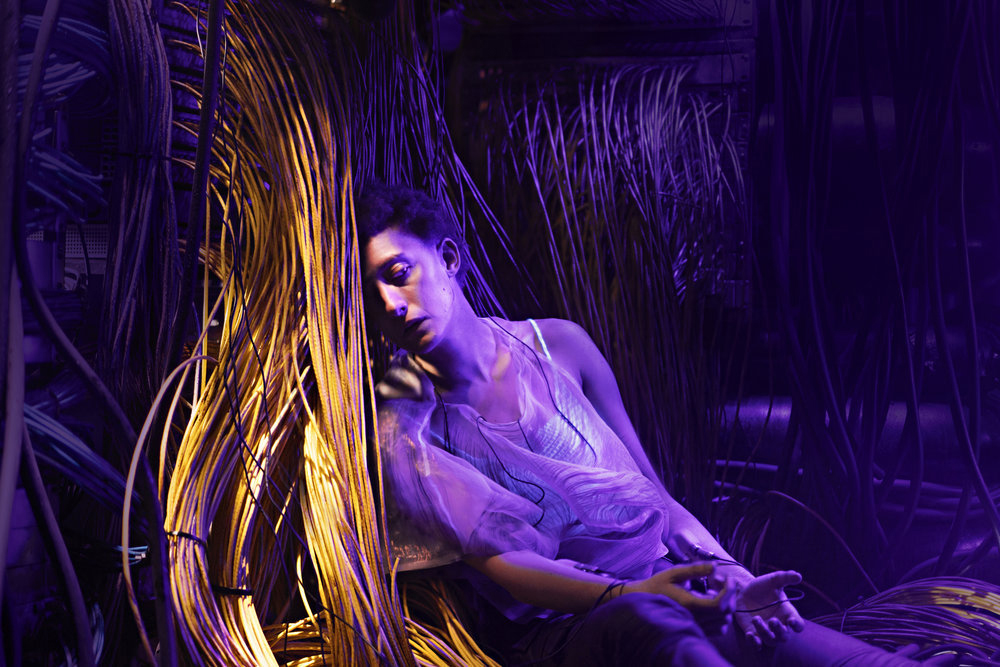 It also was the impetus for Agatha’s death, which may prove to have been a precursor of more to come. Death, rage and despair enveloped D’Branin and Rowan over the last few episodes. It was a stark wake-up call that in the icy cold of space, things go horribly wrong.

I said from the beginning that “Nightflyers” offered a darker, somewhat cynical look at the possibilities of first contact, as well as a statement on the state of man as a whole. Truly, were we the virus that had infected the earth at Rowan had indicated early on? And if so, how would an advanced race such as the Volcryn view us in that light? Not a very flattering idea, to be sure, but one I’m hoping we’ll see revealed with another season of “Nightflyers.”

However, there’s a lot of be resolved moving forward. D’Branin’s pod-propelled journey to the Volcryn seems to be as much about reconnecting with a disintegrated family unit as it is with culling the scientific advantages out of the Volcryn for Earth’s benefit. Again, D’Branin seems to have “lost it” a bit at this point. 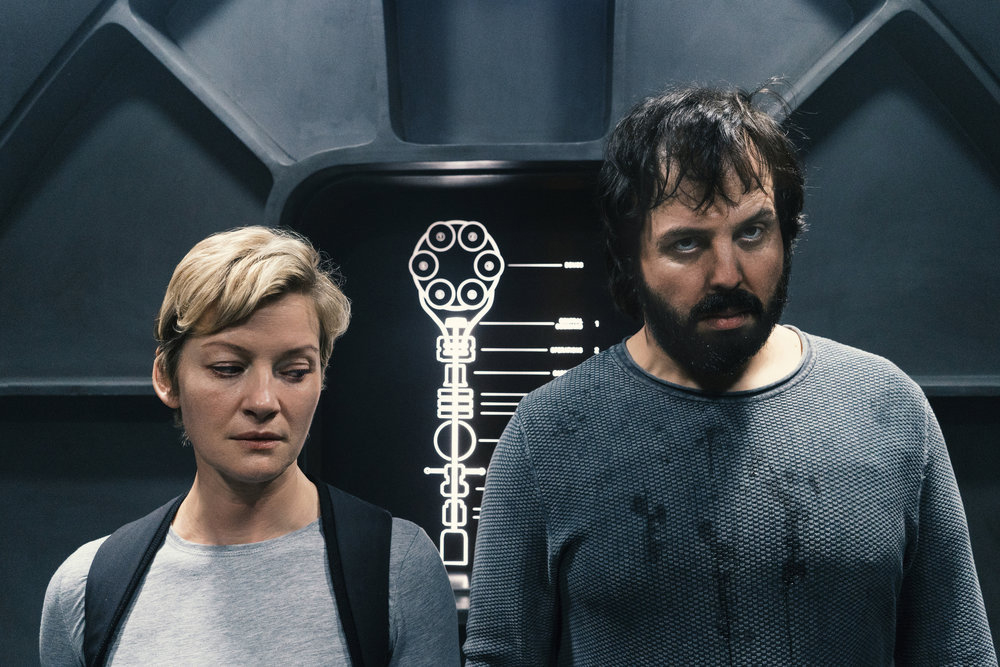 The journey to this point, and the toll it has taken mentally and physically, seem somewhat chilling given D’Branin’s familial desires. The Volcryn are using his daughter as a conduit for contact, but it feels like they are opening an emotional door within him that could prove dangerous later.

I have a hard time imagining she’s going to go quietly into this goodnight. Trouble seems to follow that “entity” and I’d expect more interference from her moving forward, particularly now that her existence is the proverbial cat-out-of-the-bag reveal. 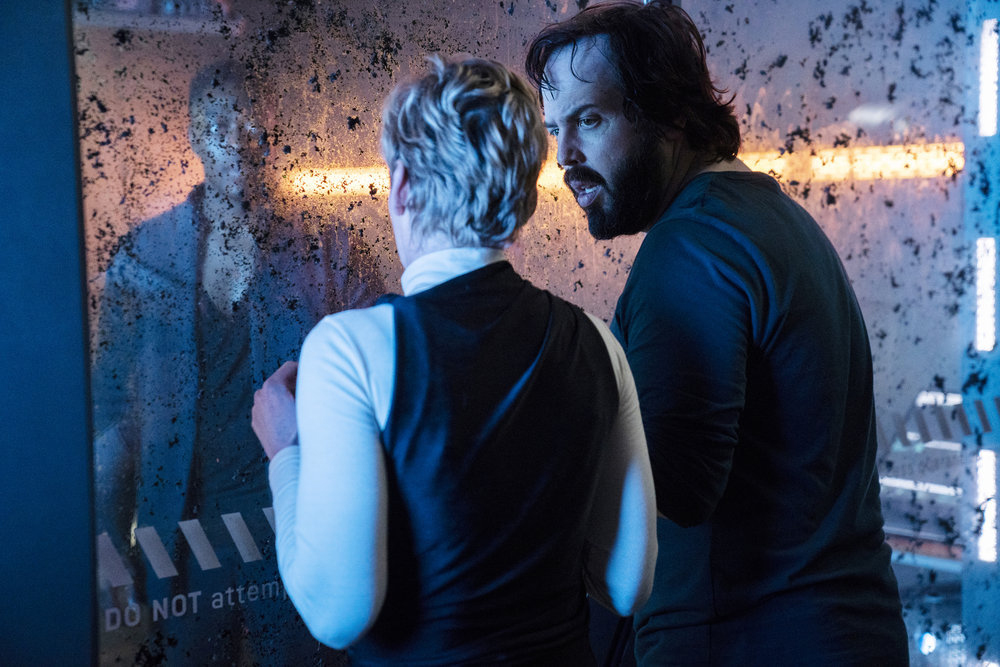 Again, I felt “Nightflyers” got off to a somewhat slow and methodical start with some flourishes of violence tossed in as the early episodes rolled. Fortunately, staying with this new show allowed for backstory and personal interplay to help develop the prime players in this little space drama – and it’s a drama, folks.

The payoff was a second half of the season that allowed the characters to step out a little more and give us some incredibly tense and sneaky fun changes of pace. And I think that’s a good sign for “Nightflyers” moving forward.

So what we have here is an interesting and twist-filled dark sci-fi drama filled with personal issues and the kind of interesting backstories that let you know that things will not go as smoothly as the crew hopes – and that when things are going well, there’s something coming that’s going to throw things into utter chaos. In short, “Nightflyers” is a show worth working through to a fun and intriguing payoff by the end.