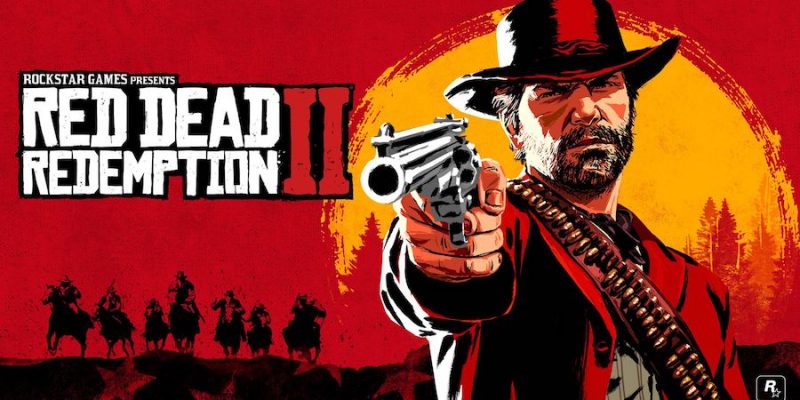 It is infrequently that I use the word masterpiece to describe something. I don’t believe many people could create something so perfect and so glorious especially when it comes to video games. Red Dead Redemption 2 is definitely a masterpiece. Every time I pick up that controller I am transported into a completely different world.

The world building involved in Red Dead Redemption is magnificent. I can, and do, spend hours just riding around on my horse (she’s amazing) exploring all of the nooks and crannies that I can. I have come across interesting people and crazy scenarios. Most of them are just to help build up your Lawfulness and do not have anything to do with the story, but still. This game is a genuine blast and I have not disliked any moment of it. I will say that I have not fully completed the game, but I plan on doing so before the end of the year. I plan on having a full review up as soon as possible. 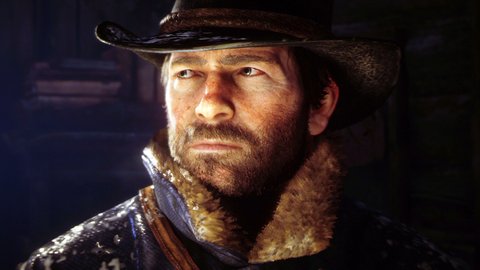 The beginning of Red Dead Redemption starts out somewhat slowly. You go through an almost trial like section where you are getting to know the controls and the characters. Even though it was slow, I did not have any qualms with it. I felt so connected to the characters just from this part I wanted more. What we knew was that something major had gone down and some people had been lost. The story intrigued me and I wanted to know more. The O’Driscolls make an appearance and thus far (for me anyway) they are the main enemies in the game. They’re a gang much like your own, except apparently they have zero honor and don’t mind killing innocent folks. 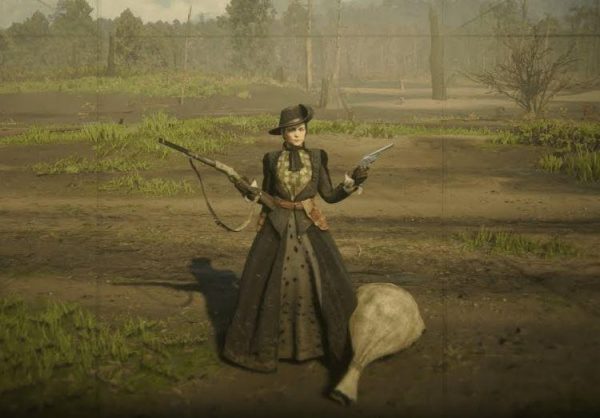 The winter was a rough level to get through, but it all pays off when you get to Valentine area. You get total freedom after a few more story missions. The freedom is what really makes this game fun. I have a tendency to just wander around, and in doing so I have stumbled upon some strange things. For example; I came across a nasty town with some carnival folk and I ended up helping them with some “family” type counseling. I was on a mission trying to find the lovely lady Black Belle so I was not really aimlessly going that way, but it was weird to come across. Those missions are fun too, trying to find the famous gunslingers! There is such a variety in how each of those go down. Which brings me to my next point.

There is no shortage of fun side missions! Every town you go into you stumble upon a ton of new things to do. Along the way you can choose to play as a good guy or a bad guy. Right now I’ve decided to go good because it’s hard for me to hurt innocent people. A lot of these little quests boost you up and help you be “good”, if you so choose. You can definitely decide to be bad and just wreak havoc across the states. Either way seems like fun. The vast amounts of side quests will definitely keep me busy for a long time. 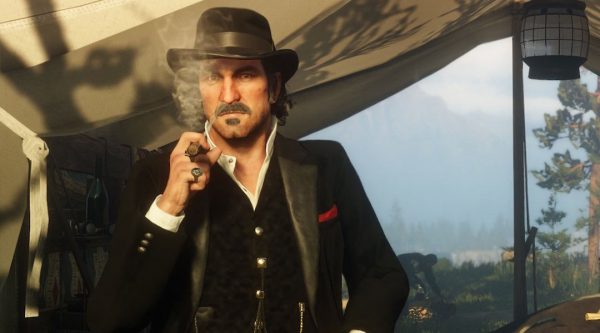 The main story is compelling as well. I absolutely love hearing the different opinions around the camp. Not only that, but when Arthur hangs around the conversation for too long whomever is talking will engage with him. That’s genius NPC magic right there. Our fearless leader, Dutch, is trying his damnedest to keep the camp afloat. He always needs Arthur’s help around the camp and has a tendency to get us into some ridiculous shenanigans. However, from where I am in the game he is genuinely looking out for those he loves. He always tries to do best for the camp and only goes after scores that are big enough to be worth the risk. What’s in store for dear old Dutch?

Rockstar is Rockstaring it up in this game. I haven’t played Red Dead Redemption or Red Dead Revolver so I don’t know what they feel like, but sometimes the mechanics in this game can piss me off. In a very GTA fashion, the shootouts are frustrating, trying to mount your horse is frustrating, and accidentally shooting the person you’re saving is frustrating. This does not detract from the game at all though! It’s almost kind of… charming? I love accidentally punching my horse to be met with her hooves in my face, because it just shows that the game is reactive.

I will say though, I was doing a mission bringing a lady back to Valentine and some guy walked in front of my horse. Guess who ended up being wanted for murder? Not only that, but the lady fled the scene screaming at the job of her lungs. Needless to say I reloaded my last saved. The glitches are fun sometimes. I have seen floating men and pots and pans. I walked straight through a guy in the bar during the drunken party scene. It’s so much fun!

I definitely think this game should be in the running for Game of The Year (up against the likes of God of War and Spider-Man) because of what it has been able to do. The open world is gorgeous and despite the bugs it is a fantastic game. Listening to all of the little conversations just makes the world feel so full and alive. It’s like there are actual people living lives around you and that is fascinating. It isn’t like GTA where the conversations are one sided either. Everyone is interacting with someone else, or you, and I love that so much. Stay tuned for my full game review, or at least the review of the entire storyline soon. Also, Red Dead Redemption Online just dropped so we’ll be reviewing that here shortly!