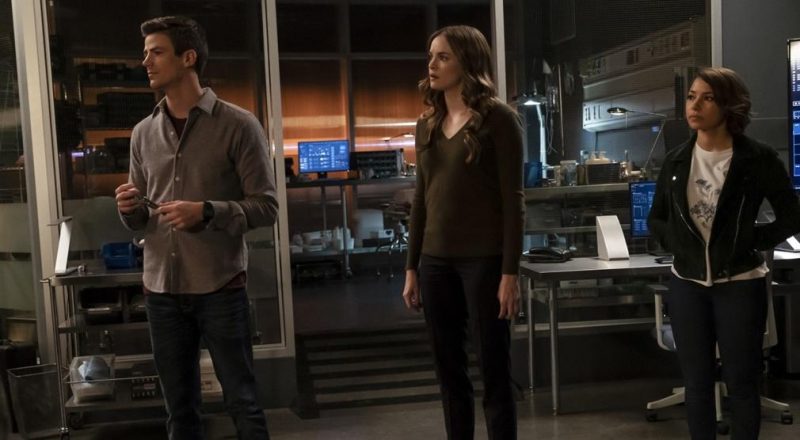 This episode was a fun race down memory lane! Quite literally, in fact. Nora comes up with a plan to combat Cicada’s power-dampening meta-knife, and that plans involves time traveling back to the most critical points of past seasons (basically to the big bad boss fights, minus DeVoe). Despite previous seasons telling us that time travel can only lead to bad things, this plan gets the green light because, thanks to science-y goodness, it’s the only way the team can assemble a meta-knife counteragent. Really, all of this was set in motion because it was the big 100thepisode! How could they resist highlighting the previous seasons’ enemies?

First of all, playing the song “Back in Time” as a send-off for Barry and Nora was cute and Ralph continues to be a delightful, if somewhat unnecessary, member of Team Flash. Second, even though Thawne got the most attention, we still got some memorable scenes in this episode with other past-season big bads. Zoom and Savitar were just as scary as always, and Zoom even chased Barry and Nora into the time stream. Even the Time Wraith got a moment in the spotlight to mess up our heroes’ plan , although I do wish it had played a bigger role and had chased them farther through the timeline.

This episode was full of fun moments and callbacks to previous episodes and characters. I also enjoyed how footage from past episodes was recycled for this one because it was done well. We got such a fun blend of events that had already happened and some new moments within those past ones. Overall, I enjoyed it immensely. 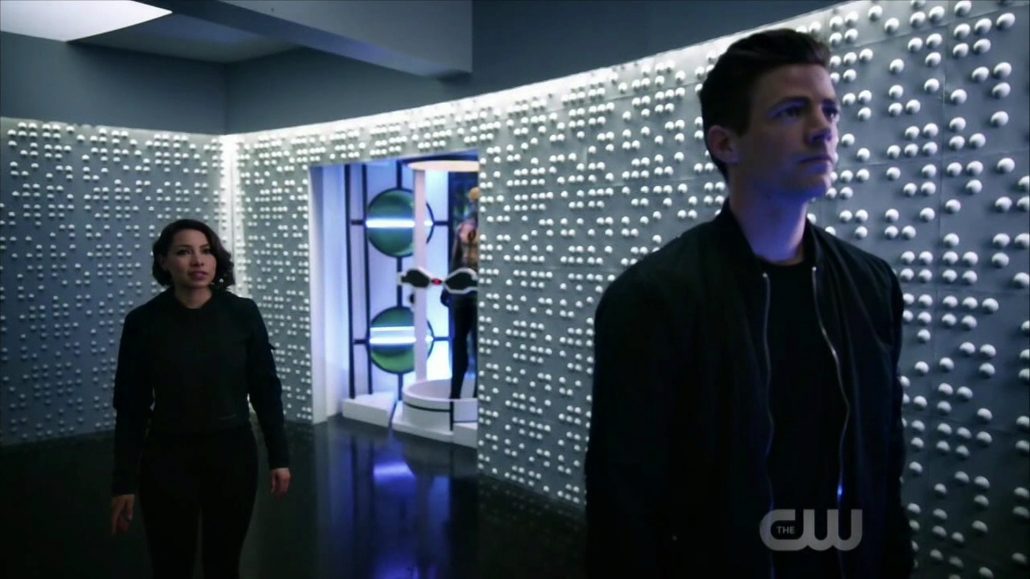 After Barry initially insists on not bringing Nora with him to the past, he ends up doing exactly that. This was crucial, though, as it gave the father and daughter duo another chance to bond. It was very enjoyable to watch them learn from each other and further build their rapport. They share a touching scene at the end of the episode while watching Barry’s parents in the past. The more Nora comes to understand about her father, the more Barry seems to become a father. These two certainly have a way about them that makes you go, “Awe!”

Plus, Nora used this adventure as an opportunity to add to her journal—a journal that is of particular interest to Sherloque. Her journal played a key role in this episode, both when Sherloque translated it and when Nora sent her notes to someone in the future. We’ll get to that in a moment. Sherloque’s translation said, “The timeline is malleable.” That seems to suggest Nora is still going to try and keep Barry from disappearing in the future, and her sending notes to the future is likely how she hopes to keep her plan on track. It was amusing to hear her referred to as “clever girl” by Sherloque and Eobard Thawne. And speaking of the Reverse Flash… 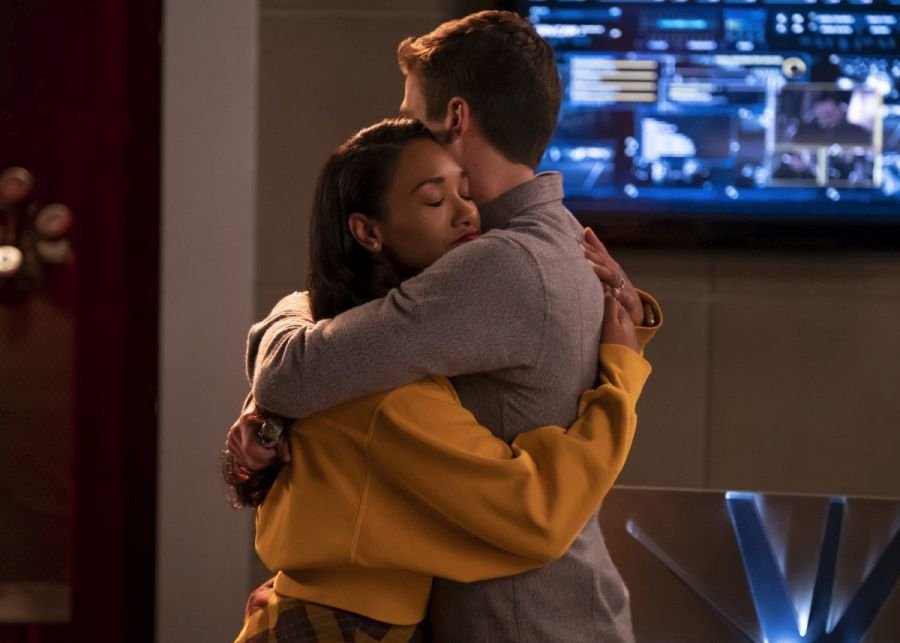 More than the other villains, Thawne played a big role in this episode. That’s unsurprising, though, because Thawne was the first. The OG Big Bad, the one who manipulated Barry’s life and who was a large part of the special sauce that made Season 1 so damn good. This episode featured Thawne-as-Wells (and Thawne as himself). He was his usual creepy self and the best part of the episode for me. His scene with Caitlin and Cisco, as well as with Barry and Nora, were chillingly tense. Wells-Thawne was able to pick up that Nora is Barry’s daughter after only a short time of thinking on it, and even insinuated that Barry had another daughter (perhaps from another timeline).

Thawne as himself came toward the end of the episode when we learn that he and Nora have been in touch—as if he’s the world’s worst pen pal. The episode teases that they have a lot to talk about, and first on Nora’s list is probably Barry’s mom’s death. I am very intriguing by why she’s not only sending notes to him, but also speaking to him in person. It’s probably part of her plan to save Barry. 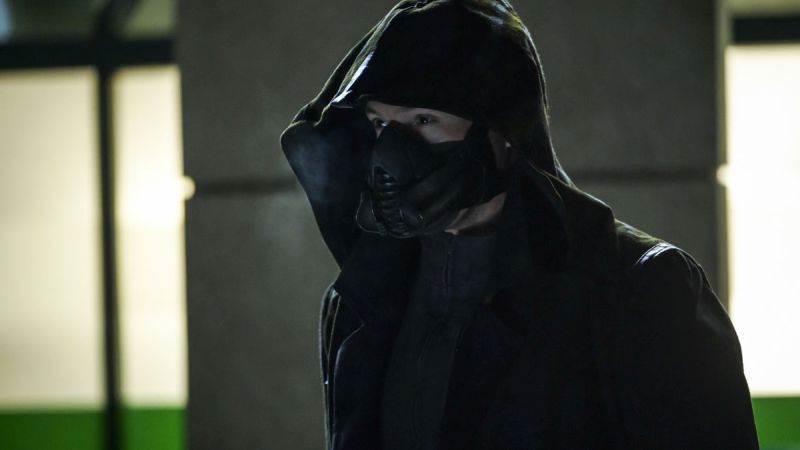 Our heroes were able to successfully plant the meta-knife counteragent, so it was time to face Cicada! At this point in the episode, I kept thinking, “This is all going too well. Something bad is going to happen.” And it did. Because even though the counteragent worked and Cisco was able to send the knife into space, Cicada’s connection to the knife is a lot like Thor’s connection to his hammer (forgive me for crossing the streams and brining Marvel into this). That knife comes when it’s called, no matter where it is. So there was quite the panic until Killer Frost showed up to send Cicada running.

Unfortunately, this was the point where I thought the episode suffered a bit. Having Killer Frost scare Cicada away felt like a cop-out. I understand that this episode had so much else happening in it, though, so I can forgive the rushed battle with the current big bad villain. Also, now that we know Cicada’s identity and motivation, he’s not as scary. I hope the second half of the season will find a way to make him more threatening because compared to Thawne, or even DeVoe, he’s just not as good of a villain. Having him in an episode that showcased the other baddies only made that more obvious. 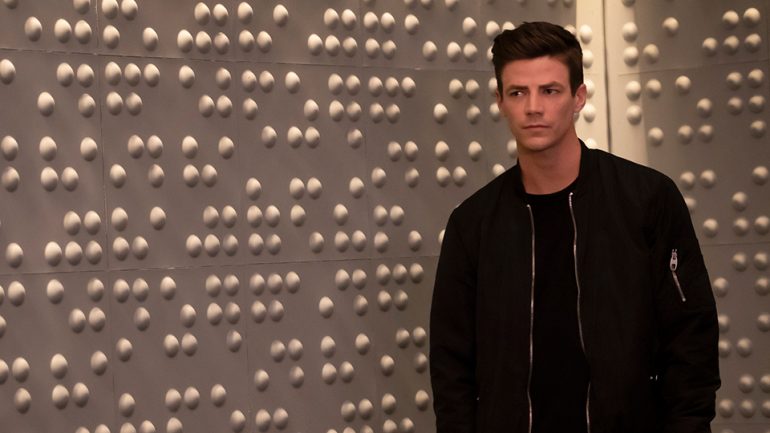 I give this episode 9 out of 10. It was a great 100thepisode that was able to go back to its roots with former enemies and plot lines. It even did a good job weaving those old plot lines into the current ones. The main downside was that seeing the classic villains made the current one seem lackluster.

And one last thing…we got the teaser for the big crossover event! On Earth-90, we see destruction and bodies before it shows The Flash trying and failing against a new villain with some book of destruction. It wasn’t much, but it was enough to make me excited to see what’s coming.