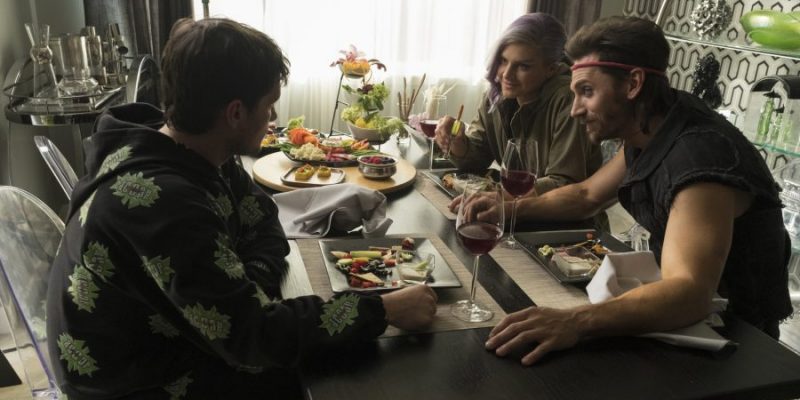 It would seem that putting an end to Dr. Kronish and his “cure” forever didn’t end well, even with season one of “Future Man” culminating with explosions, deaths and Josh Futterman in prison, accused of terrorism. Turns out, the funny and creative resistance work of “Joosh,” Tiger and Wolf didn’t help a damn thing. The struggles of earth aren’t nearly over. That’s why our terrific trio are back on the job.

That’s where we start season 2 of “Future Man,” which premieres on Hulu on Jan. 11. This time around, our intrepid crew find themselves in the year 2162 where much of their time is spent going their own way and making deep-lying personal decisions and interesting discoveries — while trying to save the world.

Turns out, the future that Tiger and Wolf returned to wasn’t exactly what they’d expected, sending them back to find Josh once again. And Josh finds himself an unwilling pawn in a sick plan to make the earth — and humans — better.

While the theme sounds the same as season 1, the second incarnation of “Future Man” offers plenty of interesting twists and turns as our heroes must contend with very different circumstances and assorted antagonists as they navigate the many issues that surround 2162. As usual, it’s not easy. But that’s part of the fun, right? 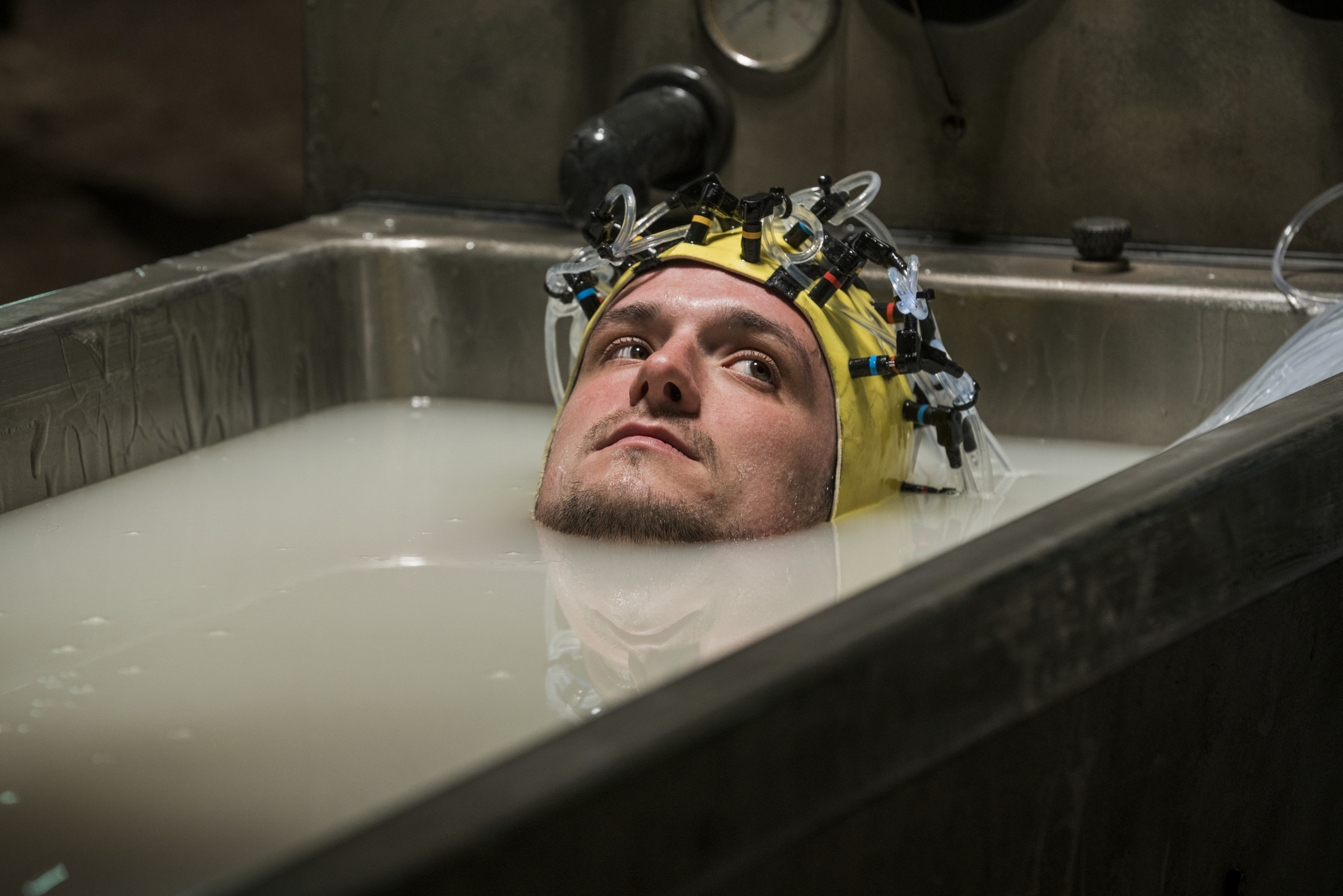 Future Man — “Countdown To A Prologue” Episode 201 — Josh is kidnapped by Athena, a member of a secret terrorist organization called The Pointed Circle. His mission to save the world didnÕt work. Stu Camillo, now in power, created the cure, and humanity is more divided than ever. Oh, and itÕs the year 2162. Josh Futturman (Josh Hutcherson), shown. (Photo by: Greg Lewis/Hulu)

Not the least of those is the return of Stu Camillo — well, sort of.

Haley Joel Osmont was a delight in limited run during season 1, but he plays a far larger and potent role in season 2 and we find that his affection for Tiger isn’t just a case of infatuation — he’s got a full-on heartache for our purple-haired heroine.

But as you might expect, all is not as it appears with Stu, Tiger, and their relationship.This is just a small taste of the interestingly twisted discoveries that perpetually pop up in “Future Man,” and will have you shaking your head and chuckling repeatedly.

In addition to Stu’s very real menace — couched in a nice guy vibe, we get a look at a couple interesting civilizations that have been carved out of the wasteland that is now earth.

Naturally, in traditional “Future Man” flourishes, they are peopled and led by an interesting cast of characters, as well as strange and somewhat disgusting social norms. It’s in these backdrops that Josh attempts to once again make things right, while Wolf finds a sense of family (and leadership) and purpose he’s never had before. It’s a weird mix, but one that, just like season 1, works pretty darn well. 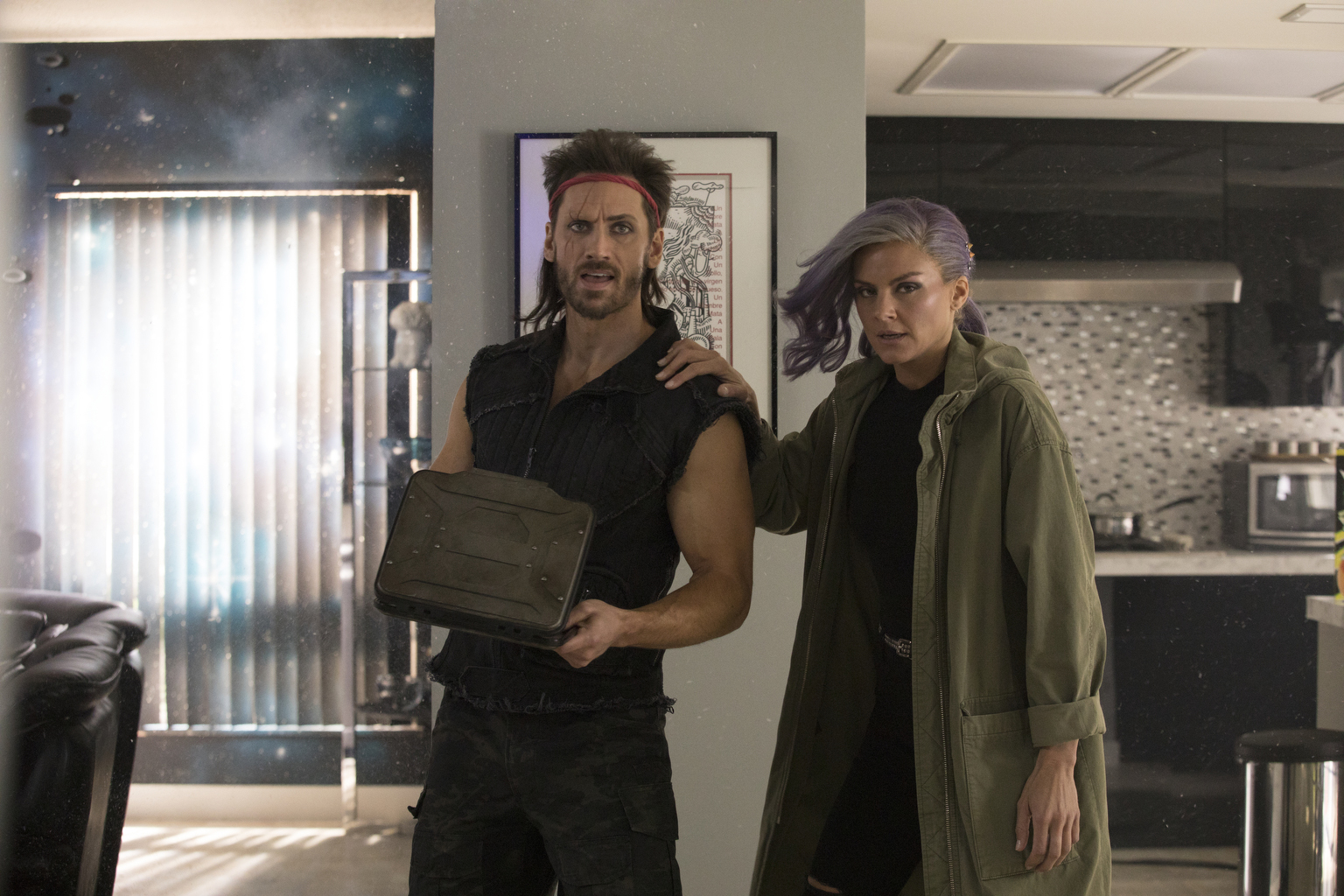 Future Man — “Countdown To A Prologue” Episode 201 — Josh is kidnapped by Athena, a member of a secret terrorist organization called The Pointed Circle. His mission to save the world didn’t work. Stu Camillo, now in power, created the cure, and humanity is more divided than ever. Oh, and it’s the year 2162. Wolf (Derek Wilson) and Tiger (Eliza Coupe), shown. (Photo by: Erin Simkin/Hulu)

If you liked season 1, you’re going to get the same level of jolly from season 2. Once again, Eliza Coupe crushes the role of Tiger with a nice blend of flat matter-of-fact delivery and fun self-realization. In the end, she’s more than she (or the lads) thought she was and that realization makes her reassess everything. Coupe was a revelation in season 1 and you’ll like some of the transition she makes in season 2 — while not really changing.

Josh Hutcherson once again has Josh dialed in nicely, though he takes a lot more punishment this time around (and a healthy amount of degradation) as he eventually comes face-to-face with Stu — who is not happy to see him. Derek Wilson is back as Wolf and he’s a tour de force as a man who gets mistaken for someone else, but finds family (and a nice bit of sexual adventure) in his new surroundings. Wilson is superb once again.

As noted, Haley Joel Osment reprises his role as Stu and is this season’s “baddie,” though it’s hard to detest him completely. He’s trying to take humanity to Mars, though “Mars” isn’t necessarily the red planet. But let’s not tell those assembled for the trip that little detail, it’ll only spoil the plot.

Osment is equal parts delusional and needy as he works hard to rationalize his master plan for humanity with his shocking realization that perhaps Tiger is within reach. It’s a fun little ride and one that gets completely wild when Josh shows up again, along with an interesting familial entanglement. 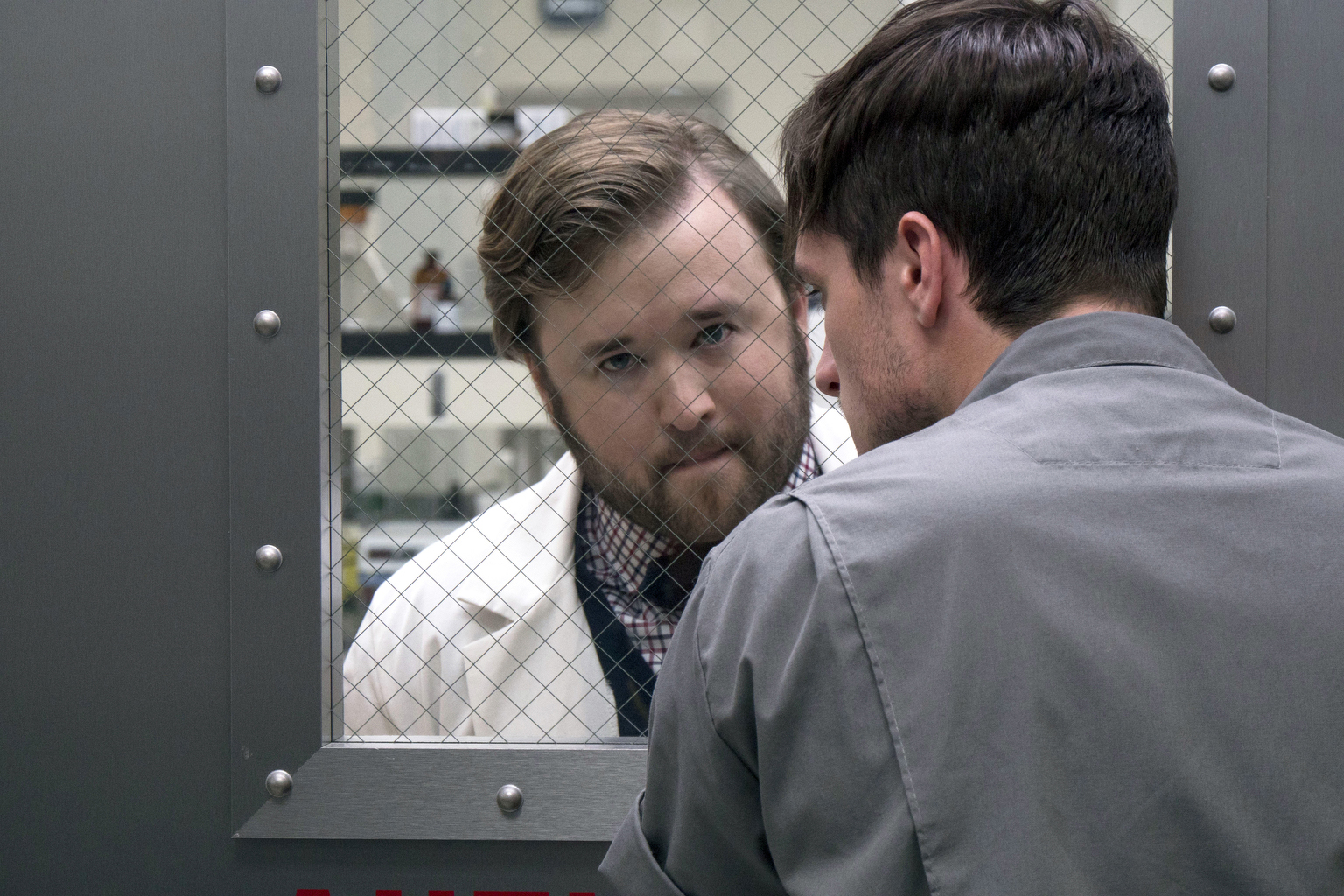 Dr. Stu Camillo (Haley Joel Osment) returns for season 2 and has a few tricks up his sleeve. (Photo by: Brandon Hickman/Hulu)

In the end, the humor of “Future Man” is spot-on again. There are moments it’s subtle as a snowflake, then other when it slaps you across the head and you think, “Whoa, that’s so wrong…and I love it.” The elements that made “Future Man” 1 so enjoyable and off-beat are once again present in season 2.

But hold onto your hats. Once again our trio appear to save the world, only to find out that their work has been duly noted by others and they’ll have to pay for their time traveling interference. How that will manifest itself, and who spearheads their punishment, is a fun little reveal. You’ll like it. Trust me.