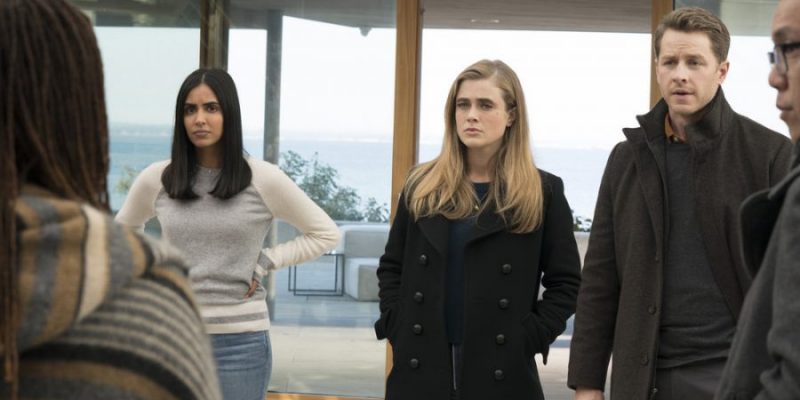 Well, if nothing else, the wait for the return of “Manifest” was well worth it in terms of some new developments, wasn’t it? Episode 110, “Crosswinds,” sees plenty of new plot developments blowing through the lives of our main Montego Air Flight 828 characters, including the introduction of the ominous-sounding character “the major,” and a new goal — to find the “holy grail.”

The plot thickens, methinks. I love those little titles like “The Major” when describing some shadowy, sinister figure. It’s like “The Corsican” or the “Dark One” or some other similar title that gives you a bit of info (The Blacklist is great at this), but essentially keeps you in the dark about them. “The Major” is or was a military presence (Think Danny Glover in “Shooter”) – we gather that from the title. We also learn that “The Major” is a female. We also know she’s powerful and high-placed in the black ops realm. We also know that she’s after the “Holy Grail.”

But what is it? My gut tells me it’s not so much a “thing” as it is a person who has totally tapped into this mental ability that seems to be the crux of some of the passenger’s torment. Again, shadowy government operative, well funded and supported, looking for something or someone very special. I kind of wonder if this is where Cal becomes an even bigger chip in the game. Is he the “Grail?” And what are the extent of his powers or potential of his abilities? We should have a better grasp of that as “The Major” is in New York and the race to figure it all out is in full swing. 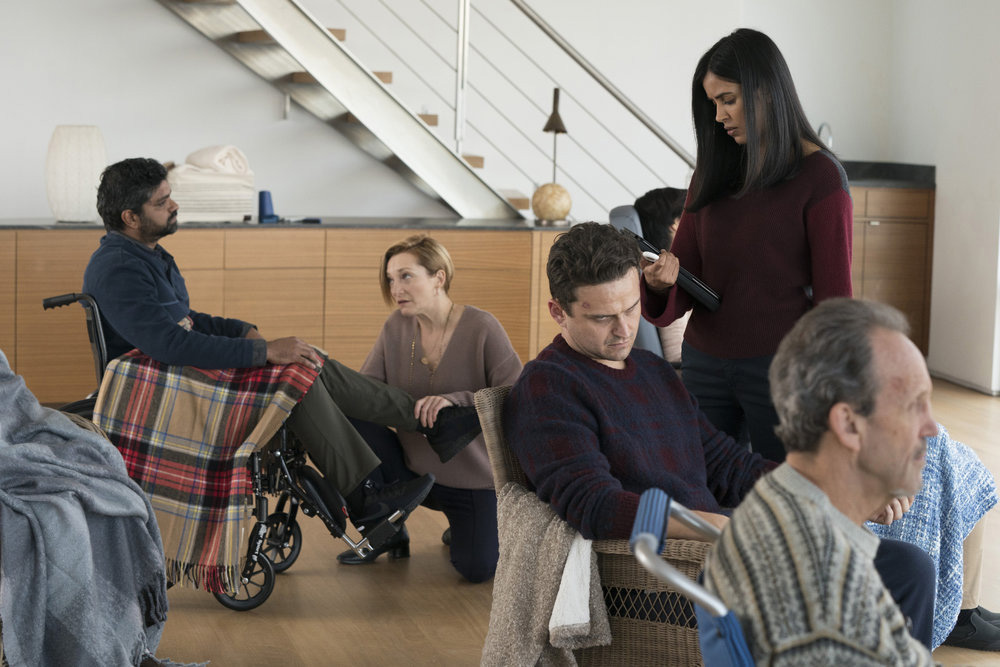 Ben Stone has proven to be quite the formidable champion of the the Flight 828 passengers, hasn’t he? When he left on the initial trip, he was a mild-mannered dad and worker bee, struggling to keep his marriage afloat while battling to bridge the gap to his oldest child — Olive. Now, he’s quickly turned into a savvy operator, investigator, infiltrator and organizer of information, and a downright strong-minded avenging angel bent on protecting his family. Sure, the family is in various states of disintegration at the moment, but he’s stayed true to the mission.

I love Ben’s single-minded purpose. And while protecting his family is the core of this drive, there’s another reason he’s so intent on this — he hates this life-impacting puzzle having no solution. The man is obsessed with answers to a phenomenon, and resulting fall-out, that has occurred to them all on different levels. And, in all honesty, I think he’s not a fan of government conspiracies. With Vance dying, after finally believing Ben’s story, I think that kind of was the tipping point overall. Now Ben is all in. Vance’s eventual trust mattered to Ben.

I thought the introduction of the podcaster as a potential ally was a wonderful bit of storytelling for what’s to come next. Aaron Glover is the host of 828Gate and he should turn out to be an interesting addition to the overall narrative. Like Ben, he’s convinced there’s a whole level of truth “out there” about what happened to MA 828 and he’s started this podcast to help put the pieces together. Will he be an ally or simply try to leverage the events and suspicions for his own success-driven purposes? 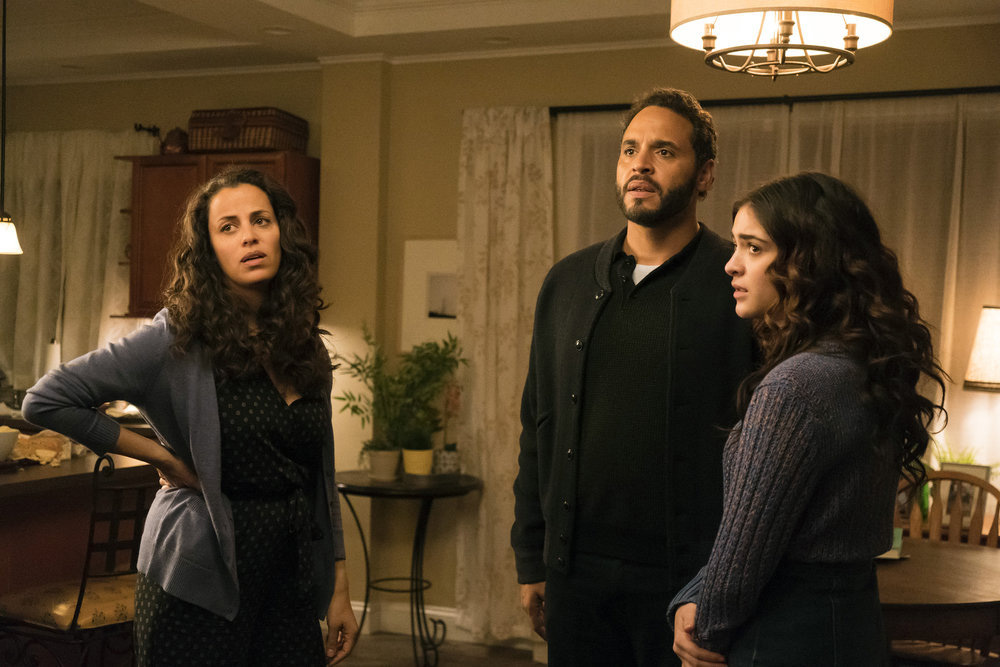 Contacting Ben Stone made sense and it will be interesting to see how much Ben comes to trust and/or rely on Glover moving forward. He’s already taken the first step by recording his “insurance policy” podcast with Glover that he won’t allow out unless something happens to him. They also shared some intel. I like this touch and am anxious to see how it all “manifests” itself as we move to the conclusion of season 1.

An interesting theme that popped up in this episode was the “wrecking ball” effect that, in hindsight, is a theme that permeates this series so far. In truth, all the passengers on Flight 828, or those whose stories we’re seeing, have created a “wrecking ball” effect in the lives of their loved ones and friends since they’ve been back. The passengers want to pick up where they left because for them, it was only hours. For the others, it has been more than five years of accepting, healing and moving on.

Boy, “Manifest” has shown us  what happens when those two worlds suddenly come colliding together. Toss in “the callings” and the experimentation and other little tidbits that are impacting the passengers — disaster soup, folks. 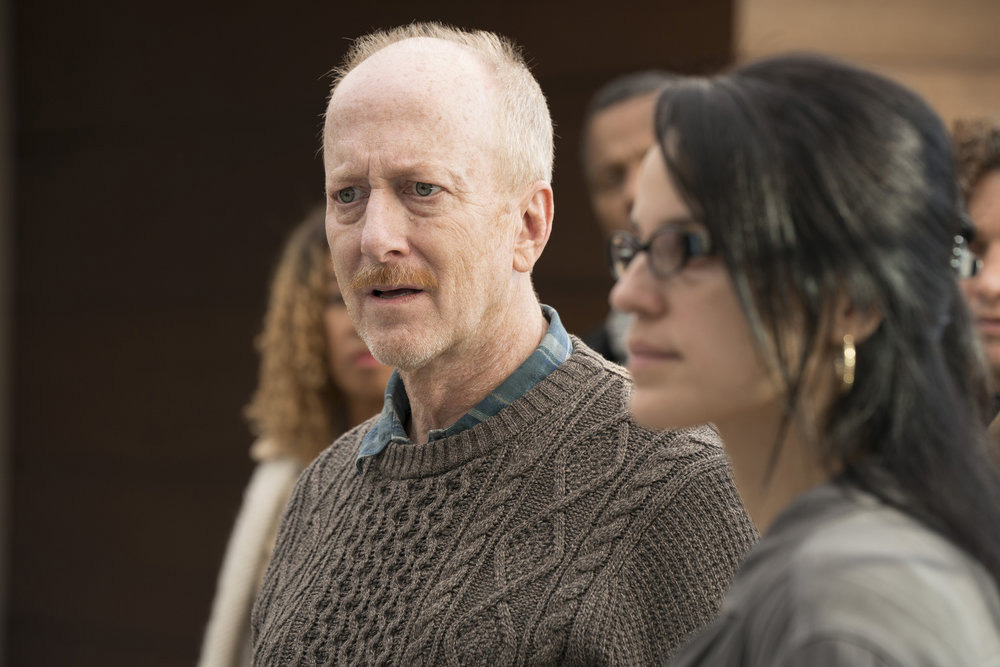 Honestly, Michaela has been a hot mess since she’s been back and the sexual tension between her and Jared finally broke through the bonds of propriety to a hot lovemaking moment. Ben has watched his attempt at reintegrating into his family implode in a seemingly broken marriage, disjointed family and even reverberating off poor Danny. The Stone’s moved on and Olive found in Danny the closeness she didn’t have with Ben when he was around. It’s a very tough and painful dynamic for everyone.

I think Ben feels that if he solves the mystery surrounding he and the other passengers, all will be well with the family. I don’t see it.

Dr. Saanvi has had to make major readjustments, Lourdes is about to get a very real taste of unrequited love, and it goes on and on. The “wrecking ball” effect is a real thing in the “Manifest” world and we’re seeing just how destructive it all can be. Even Autumn Cox, supposed mole, realized that she couldn’t do the bidding of the evil entity that recruited her as she spent more time around those trying to recover from the experiment. Her tossing the burner phone into the lake was wonderfully symbolic.

Unfortunately, over a cup of coffee Autumn finds that “the major” isn’t so easily put off the trail. Here’s your new phone, Autumn. The Major would like a word. Yikes. 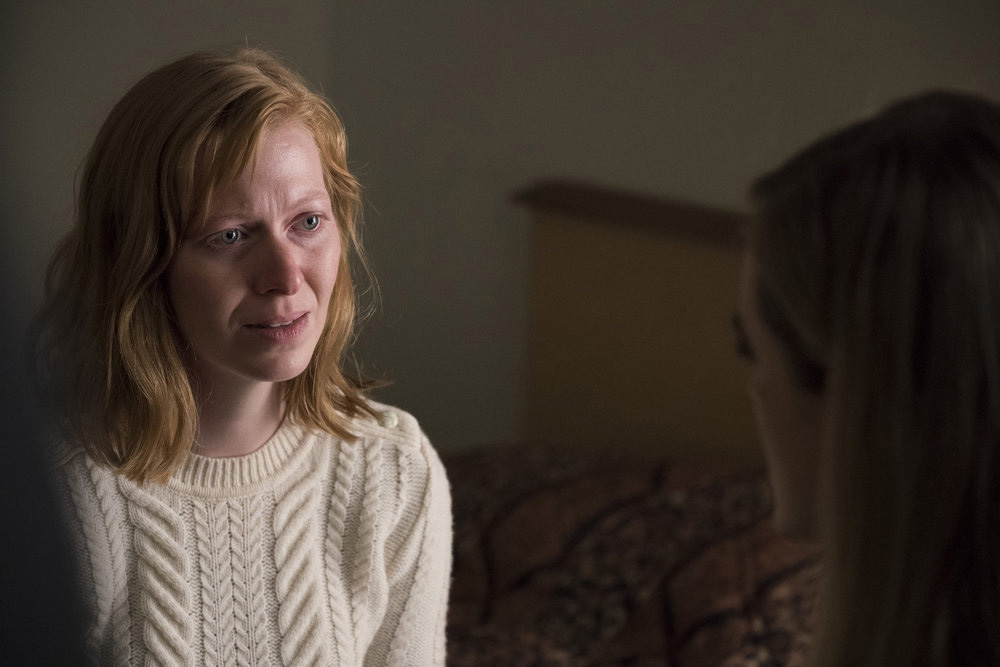 I’m continually curious about how this mind-meld thing is going to play itself out. That was pretty freaky when the patients, as one, jerked backwards. it does seem they are still connected to someone or something, and Cal is part of that. Michaela’s new “calling,” combined with her ability to bring one of the patients out of their comatose state, was an interesting development.

The “callings” are such a fascinating thing as the information they provide is just enough to get you moving slightly in one direction, but so vague as to leave you to your own intellectual devices to suss it out — and as we’ve found out the wrong conclusions can be come to. I like that every calling isn’t successfully fulfilled.

I think that lends an authenticity to it. It’s not a perfect process and that simply adds to the uncertainty and danger around it. Perhaps no one has felt this as much as Michaela. I think in her own way, the pursuit of answers to all that’s happened lends a therapeutic vibe to her as she deals with so much being lost, and working with the man she loves — while trying not to love him.

There will no doubt be angst and fall-out from the Michaela-Jared hook-up, but that would be par for the course as the wrecking ball continues to swing for our passengers. 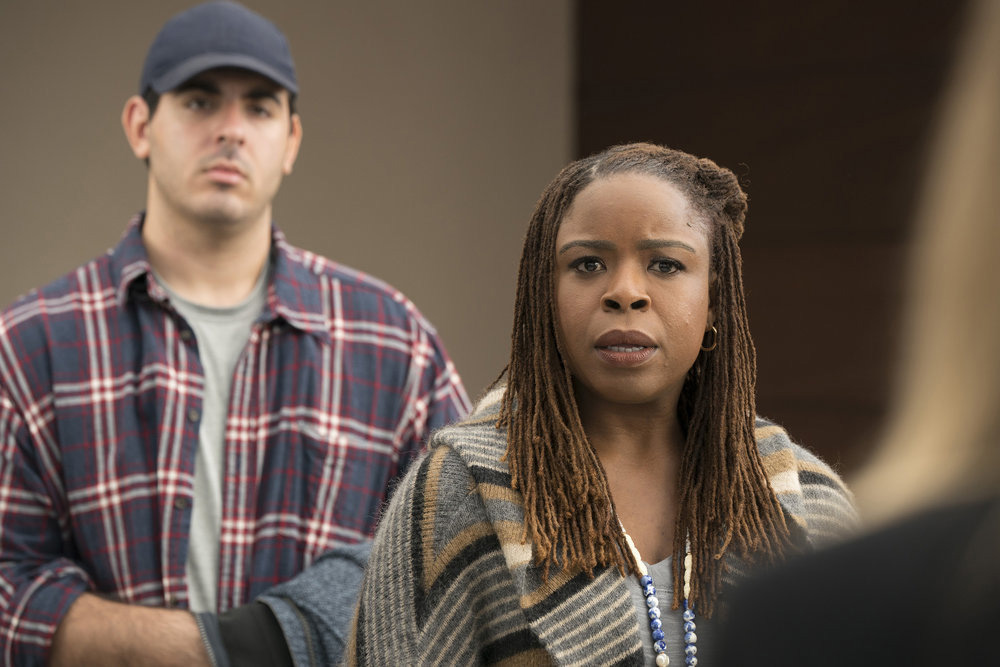 I was delighted to see the captain of Flight 828, Bill Daly, show up in this episode. One can only imagine the torment and suspicion that guy has gone through since they all arrived back in the here and now. You can tell he’s got a little edge to him right now and, if you watched the scenes for next week’s episode, he plans to test a “discovery” firsthand. Could he be the person who takes this whole thing to another dimension — literally?

Captain Bill Daly is a character I’ve been wanting to get re-connected with from the show’s early episodes, so I’m delighted that he’s back and I think he’s going to peel back a layer or two on what caused this — and who? Unfortunately, part of me wonders if he’ll survive the trial to enjoy any discovery made. I fear for Captain Bill now that we’ve got him back.

So now we’re off and running. Ben has his feet dug in and “The Major” is waiting. The “Holy Grail” must be something or someone pretty special in this whole mind-meld thing, so the race to figure that out – and acquire it – is now officially on. How big a role does Cal play in all that? My guess is a pretty big role when all is said and done. What does Captain Bill discover in the next episode? What about the other patients taken from the testing facility? What was the strange power surge from Michaela and what is her “calling” telling her?

And how does our podcaster figure into the mix – for good or ill? Yup, there were certainly some crosswinds a’blowing in this episode and the wrecking ball effect was on full display. Bonds of trust and love have been shaken and broken and all I can see at this point is a big pile or rubble where some of these relationships are concerned. And lest we forget, there’s a covert government entity just outside the door ready to swoop in at any moment.

“Manifest” returned from its hiatus with an episode that asked a lot of questions while providing few answers. Let’s see what happens moving forward. Should be rewarding.