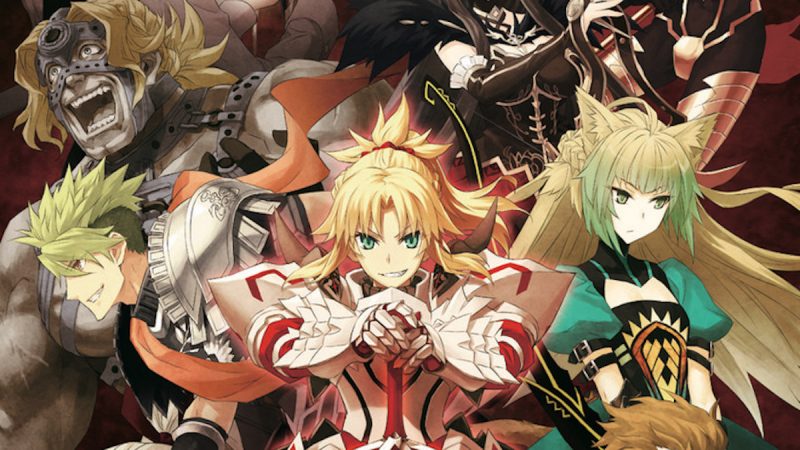 Fate/Apocrypha: The Black Faction seized the Greater Grail for the sake of the clan’s most earnest wish to symbolize its independence from the Mage’s Association. The Mage’s Association gathers the Red Faction in order to thwart such ambitions. Taking place in Trifas, Romania, the Great Holy Grail War that takes place between 14 Heroic Spirits summoned by the two factions transforms thanks to Shirou Kotomine, one of the Masters of the Red, who is also the Overseer for this Great War.

The fight between Yggdmillenia and the Mage’s Guild continues as Yggdmillenia finds itself out numbered by the servants who have fallen under the rule of Shirou Kotomine. Several of the servants of black betrayed their masters to go over to Shirou’s side. His promise is alluring, he will win the grail and everyone will get their wish granted. However, his wish is the salvation of humanity, but just what does that mean in the grails eyes?

The second volume of Fate/Apocrypha gives us a closer look at several of the servants as the fight reaches its critical climax in the fight for the grail. From Jack the Ripper, assassin of black, who is a young girl. To the relationship between teacher and student in Chiron and Achilles. Ruler will stop at nothing to prevent Shirou from getting his way, but she is conflicted when it comes to Sieg fighting.

Sieg is slowly being consumed by the archer spirit that joined with him. In just the span of 5 minutes that he has been in that form, his body is dieing as a result. Ruler fears that should he transform too many more times, he won’t survive it. She is haunted by her own regrets in her past life. Shirou’s method of achieving his goal is the use of the third magic.

The third magic, the materialization of souls. So Shirou’s way of saving humankind, is killing everyone and materialization of their souls. In the final battle with Shirou Kotomine, Ruler uses a second noble phantasm to give her an edge in the fight. However, Shirou’s black hole magic overtakes her attack and she passes on. Sieg takes on the fight, with the power of another servant at his disposal. One of the best animated fight sequences of the series rages as the two fight for control of the greater grail.

It’s is a bit of an inside joke that Shirou was a false master and former ruler. The title of the series Fate/Apocrypha, refers to writings that are not considered genuine. In the end, Shirou doesn’t manage to get his wish. Sieg having sacrificed himself in the final attack to beat Shirou, ends up giving up his humanity to save everyone else. He becomes the dragon fafnir and takes the grail with him to the far side of the world, away from human hands.

The human Ruler was inhabiting, the one who truly had feelings for Sieg, finds him. On the edge of the world, she awakens Sieg from his dragon form. Another grand adventure in the world of Type-Moon and the Fate series. It is not the best of the series to date, but is certainly worth watching to get your fix of the Fate world, and the beautiful animation style that comes with it. 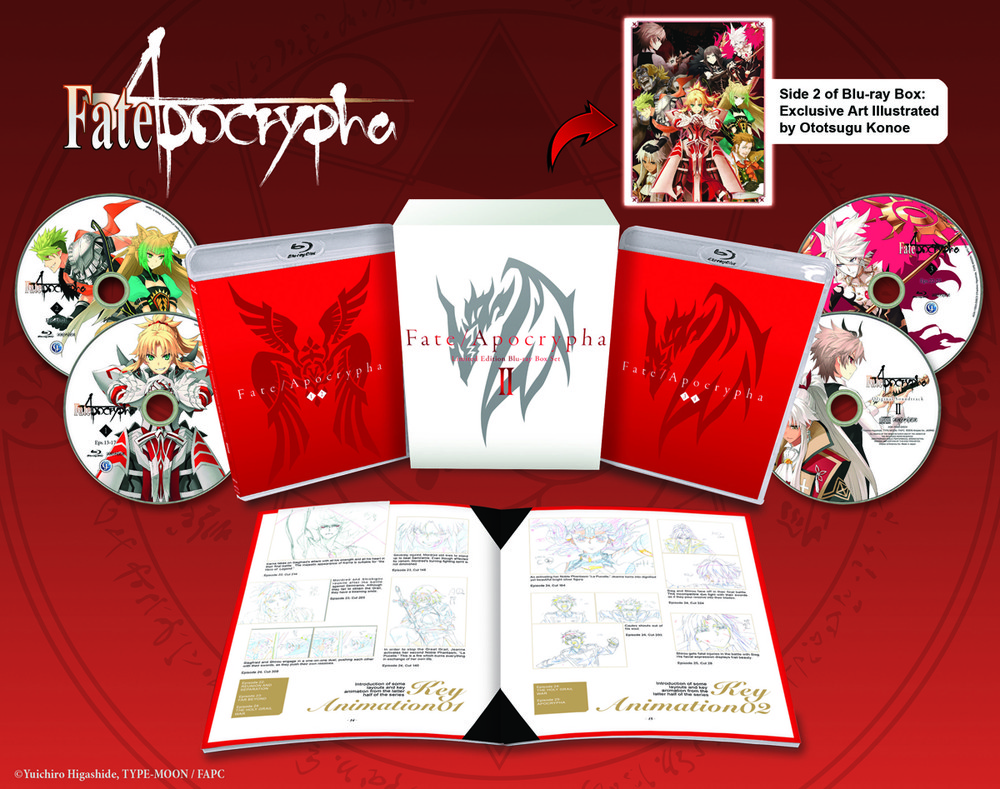 Fate/Apocrypha Box Set 2 includes the final 13 episodes of the series, an animation material booklet and the official soundtrack II. The rigid box that houses the discs is illustrated by Ototsugu Konoe featuring the Sieg’s crest on one side and the character poster on the other.