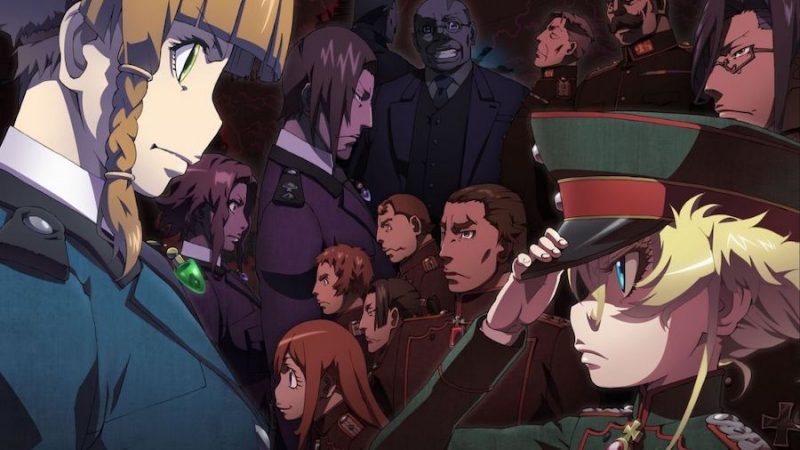 By: Robert Prentice
Crunchyroll Funimation Saga Of Tanya The Evil

Saga Of Tanya The Evil: A little girl with blonde hair, blue eyes, and porcelain skin fights on the front lines of a brutal war set in a fantasy world. What others don’t know is that she’s a reincarnated Japanese office worker who, in his former life, had a ruthless desire to climb the corporate ladder in hopes of retiring to a cushy corner office. After death, Being X decides to give him one last chance to surrender and believe—and Tanya Degurechaff is born.

However, Tanya is as stubborn and coldhearted as she was in her former life. Furthermore, her goals remain the same—find a way to retire to a cushy life. Instead, she constantly finds herself being tested on the front lines of the most hostile situations because Being X is determined to win her over, at any cost. Both parties are equally stubborn, and could it be that both are equally evil?

Not the strangest title or plot you have ever seen from an anime, but it ranks up pretty high. Clearly invoking world war II, Saga Of Tanya The Evil tells the story of a Japanese office worker who is killed and reincarnated as little girl with the knowledge of an adult. Being X wants him to believe in them and thus brings him back as Tanya. However, Tanya is just as stubborn as she was in her former life and the two battle it out in a war of wills.

Saga Of Tanya The Evil won’t be for everyone given the subject matter. Whenever a series covers war topics that hit close to reality, and clearly depict an Axis and Allies type setup, some are turned away. However, that is more of a sub-plot to the main story which is the struggle between Tanya and Being X. Tanya just wants the cushy life but every time she does something to get herself promoted to that relaxing position she finds herself back on the front lines.

Clearly Being X is a bit sadistic in their pleasure at torturing Tanya. The question is, are the attempts to put her in harms way evil or a genuine effort to help her believe in a god? Although the anime was only 1 season, there is a sequel OVA film that is coming out to continue the story where it left off at the end of the season. We give this series a B+ rating. The visuals are great, and the characters (even the evil ones) are awesome but the series lacks a more complex story to keep you drawn in. While the mystery surrounding Being X is there, we don’t really care to ever learn what this being is.

Season 1 blu-ray contains 12 episodes on blu-ray and dvd combo. You also get access to a digital copy from Funimation. Saga Of Tanya The Evil is one of several projects that Crunchyroll and Funimation partnered on. You can pickup a copy over at Funimation Shop or at Amazon. The movie is set to be released in Feb of 2019. With the partnership between Crunchyroll and Funimation over, its hard to say if we will see a dubbed version of the film or not but you should expect to see the film available for streaming over at Crunchyroll, though no official announcement has been made yet.