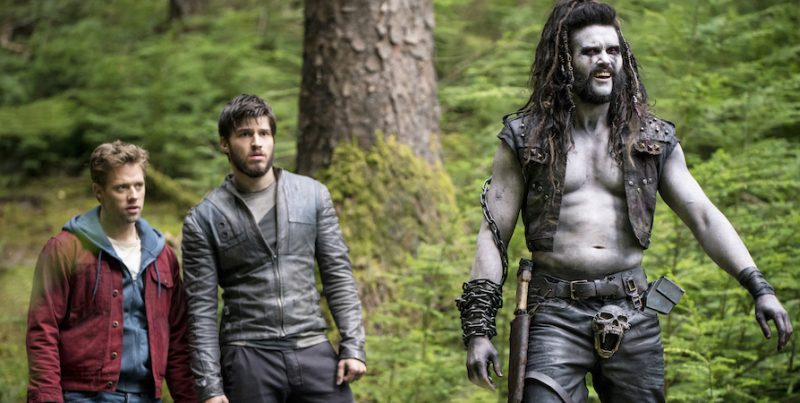 Krypton 202: Ghost in the Fire Review

with another action packed whirlwind episode! Krypton is hitting it out of the park this season, let’s begin!

OH SNAP DOOMSDAY IS ON A RAMPAGE! It looks like he’s going to make it to Kandor, I wonder what that’s going to be like. Dru-Zod and Lyta are expecting him and knew that he was out there when he sent those pilots to check it out. So if they have an idea of how powerful he is and know kind of where he is in the arctic area couldn’t they just go full out and blast that area? From what I can tell it doesn’t have much surrounding it? Correct me if I’m wrong please! 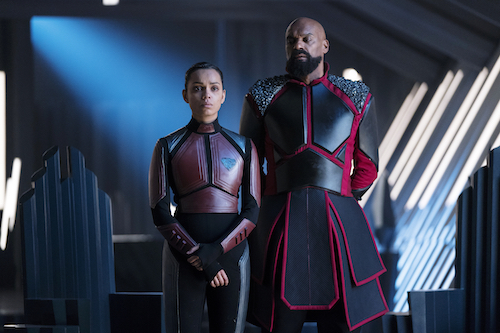 I am really interested in Lyta and Dru’s dynamic now. He’s her son, but he still directs her like she’s his minion. I mean, he’s the ruler of the lands, but Lyta is his mother. The fact she let him tell her no multiple times is crazy. When is she going to wake up and take charge of her own fate? I will say Lyta is absolutely brutal in this episode. She always has been, but this is on a new level. That poor Seg look-alike had no idea what was going to happen when she asked him to stay. I really can’t believe she let herself go like that.

I wonder if she thinks maybe Seg is on Wegthor and that’s why she wants to go so badly? ALSO, did they mention the alternate reality thing because if Seg died then wouldn’t Dru disappear too? Maybe Lyta thinks the same thing? I’m really interested to find out! Lyta and the baby is a really cute moment, but it creeped me out when Dru did that evil little chuckle, what’s he planning with her?

I’m just going to come right out and say

that I absolutely love Lobo. He’s freaking amazing. Emmett Scanlan does an incredible job making Lobo a total goofball, but yet someone you do not want to frak with! He is so much fun. I love it when Seg has no problem admitting that he has no idea who Lobo is. Of course Strange does, once he hears his name, but Seg still has no clue. The ignorance is adorable and pisses Lobo off so perfectly.

It seems like they have an absolute blast filming together and the chemistry between the three of them is gold! I pretty much lost it when Lobo said “You smell like a meadow!” I am looking forward to seeing more of their interactions. Also, it makes sense the “Shithead Scanner” was Lobo’s but for some reason I thought it was Strange’s, just because it seems like something he’d have! I really like Lobo, he’s that perfect mix of terror and hilarity that I love in a bad guy! He entertains his captors and when Adam tries to relate to him he just laughs! It’s so great.

WOW I did not see that coming. Brainiac is inside of Seg, how did that happen?! I guess that’s part of the perks of being pretty much parasitic, you can latch onto any host nearby. It’s going to be really intense learning more of Brainiac’s backstory from Brainiac’s point of view. Seg and Adam’s friendship is my favorite. I love when they get to share the screen because it’s so much fun and it adds so much to the story. They really did a kick ass job with the casting.

Wegthor (sorry about the mishap of spelling last week!) is sure a place of tension. I’m pretty interested to see what will come of Nyssa’s betrayal. I still feel really bad for her that she didn’t get the answers that she deserves, because man she deserves them. I don’t blame Jax-Ur for not trusting Nyssa though. Her track record hasn’t been the greatest and with the motivation of her son’s well-being she’s definitely going to do anything that she can to keep him safe. Val-El is so caring though. I love that he’s been there for her even though she comes from a line of… un-loyal folk! I hope the loss isn’t too great for the resistance. Or, maybe Seg will return before anything too crazy goes down? Doubtful! 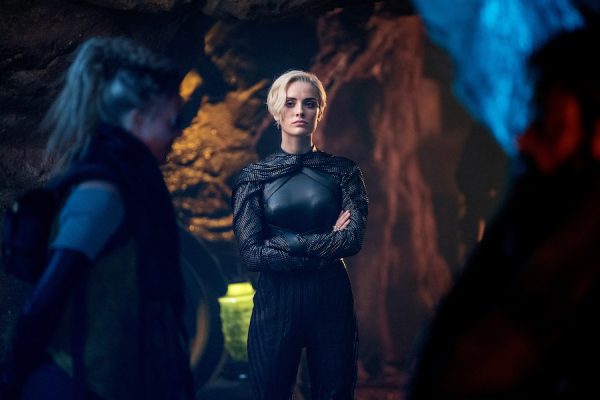 Jayna is back! What a character development. She lost so much and has stayed so strong. I really think that she is a changed woman. I am sad to see Jayna realize what Lyta has become, because when she sees Lyta now she’s going to see everything that she put behind her and everything she fought to undo about herself. Hopefully Jayna’s return will bring Lyta back to the light. I think that Lyta will be more impacted by her mom’s return and change of heart than by Seg’s return. Also, Dev’s back! Now two missing pieces of Lyta are reunited. Maybe it’ll be enough to show her who she truly is.

Man, this season is so fast paced and witty. I’m so excited about this show and they have done so much to change it. I cannot wait to see what the future of Krypton has in store!