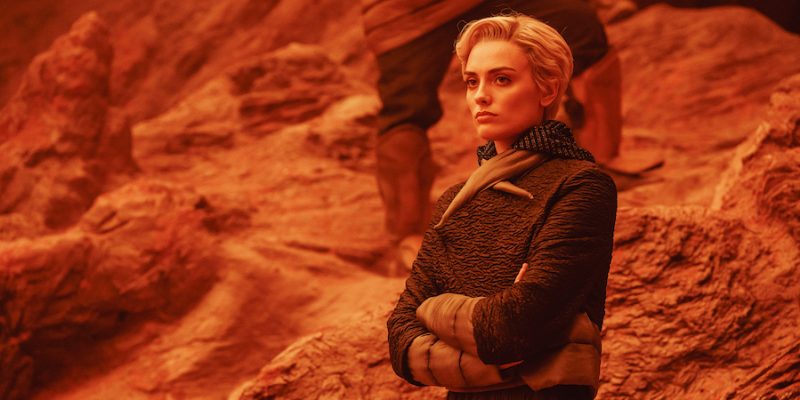 What an episode of Krypton we have tonight! “Will to Power” sets up so much excitement for next week I seriously cannot wait to share it with you guys! Back to this week though, Krypton is rocking this season so far and tonight’s episode is no different. There is humor, sadness, romance, and gore…lots of gore! 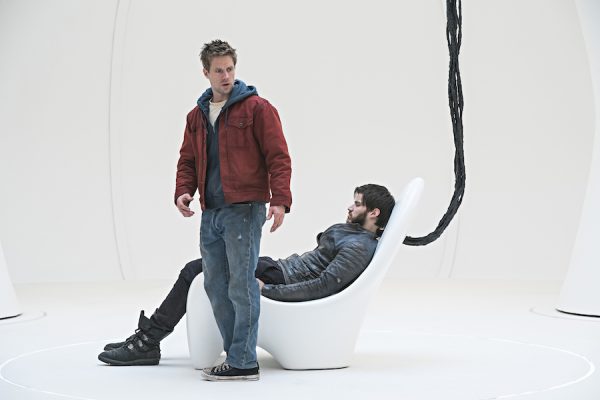 Last week we learned that Brainiac is stuck inside of Seg-El and is ultimately fighting for control of Seg’s mind and being. Seg is super creepy when he’s possessed. The way that Cameron Cuffe portrays Brainiac is so great. He really becomes another person and the movements are just insane. Once again Adam and Seg light up the screen together. The plan to try to defeat Brainiac and stay alive while Lobo is chasing them is so fast paced. This episode is very “go, go, go” but it has to be!

They’re being chased by a lunatic and I feel like the episode really makes you feel how they’re feeling. There’s a moment when Adam  and Seg are planning, but Seg seems distracted, because obviously Brainiac is fighting him in his mind. Adam asks him “Are you talking to him while you’re talking to me?” and man, I love that little jealousy!

Brainiac really gives Seg a run for his sanity this episode doesn’t he? Seg has such strong willpower during their whole encounter, it’s giving me hardcore “Green Lantern worthy” vibes. I would give anything for the creators of Krypton to give us a Green Lantern series! They would do the character justice! But I digress. Brainiac really pulls out all the stops. He tries to trick Seg into believing that he’s talking to the real Lyta and is trying to get him to stay dormant. Seg finally unlinks and gets the hell out of dodge. It’s almost a moment too late, Adam has been dealing with Lobo on the other side and he’s coming for them. 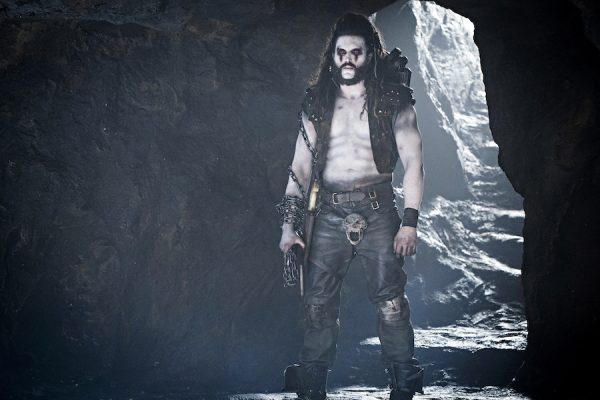 They really amped up the horror movie feel this episode. Lobo first cuts his arm off accidentally (which leads to a hilarious exchange between he and Adam) and then blows his own head off to get into the cell with Adam and Seg. It was pretty dang gore-filled and it got even better when he started growing back! When Lobo ran full tilt at Adam using just his arms and his torso was hanging out all bloody, that was a great moment!

Thankfully after the battle of wits Seg disconnects with Brainiac and he and Adam zeta-beam back to Krypton! Just in time too, Lobo almost gets ’em. I don’t know if leaving Lobo alone with Brainiac was the best move, but oh well! The boys are back in town and hopefully they can make things right! I am so excited to see their reactions to everything that has happened. I’m wondering if they will run into Dev-Em and Jayna-Zod while out there.

Dev and Jayna have a bit of a rough go in this episode don’t they? From fighting and anger to almost dying, Dev really doesn’t want to listen to Jayna. It was sweet how she took care of him. I imagine that he’s almost like a son to her though, she did train him and he was quite close to Lyta-Zod. Jayna clearly cares for him and I’m sure she wants to prove to him that she has changed and that she isn’t as hardened as she was before. 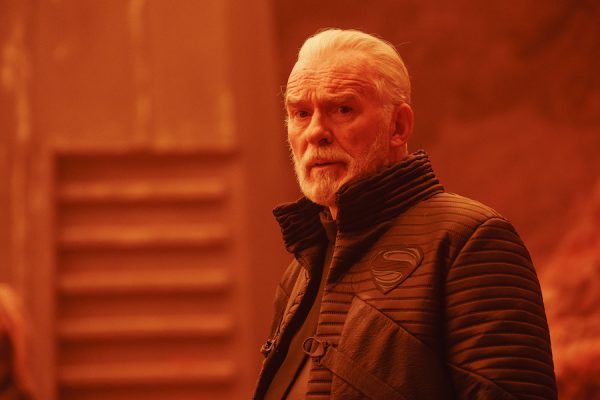 The Bond of a Zod

Dru-Zod is finally letting Lyta go to Wegthor. I really want to know what he’s planning. First, he was not allowing her to go at all, but then he changed his mind. Is he manipulating Lyta to test her loyalty to him by sending her to Wegthor? I do question whether he does love her, or whether he is just using those emotions to get her to do what he wants. Again, when she finds Seg has returned will she stay loyal to her son or will she take up the fight against him? Only time will tell! They did have a really touching moment when Lyta hugs him after he tells her that he can’t bear her dying again. Maybe he does truly love her.

Speaking of manipulation. Nyssa-Vex seems to be up to her old tricks again. She manipulated her lover into bed and then while she was sleeping Nyssa pulled some kind of information out of her. Whatever it was looked like a DNA strand, what did she discover about herself and how did she know to look there? What does it mean! Is Nyssa going to get the answers she deserves?

I also want to say how lovely I think the bond between Nyssa and Val-El is. That line “I am older than Seg, so he sounds like me” made me laugh because it’s true! Seg really did take after him. Val is always there for Nyssa and comforts her when she’s clearly upset. It does make me wonder if she’s still playing both sides of the court or if she’s remaining loyal to Zod’s task for her. I mean, Nyssa is only true and loyal to Nyssa, but that’s just how she was raised! Maybe she’s playing both sides against each other for her own sake!

KEM IS BACK! I was wondering where he’s been this whole time. I mean, of course he was fighting with the resistance but why have they not shown him until now? How are things going to change when Seg returns?! I think a lot of the resistance will be really happy to see him, Kem included. Jax-Ur, however, is ready to fight right now and ready to take on the Sagitari. I love that Val and Jax are like Yin and Yang to each other. Jax is the hard-shelled warrior and Val is the optimistic comforter. He reminds her that the Sagitari are just Rankless who have been manipulated by Zod to be a part of his army. He also reminds her that they could easily come over to the resistance with the right amount of persuasion. I guess we’ll see what happens!

This season of Krypton really is blowing my mind every week. I get so excited to be able to watch this show and the cast and crew all worked so incredibly hard, it sure does show! Every comedic scene is fun, there is so much homage paying to the Superman of the past and so much fun Easter-Egg type stuff sprinkled in there! I am happy that they are still rocking SyFy and here’s hoping for a season 3!

Check back next week for more Kryptonian action!