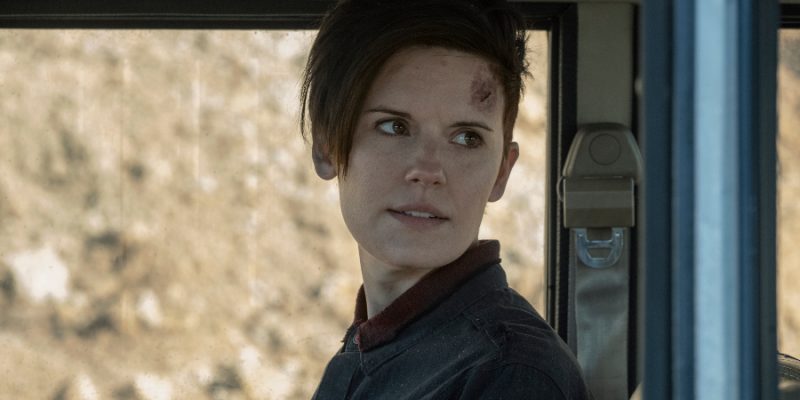 Preview l Fear The Walking Dead 5.5 l The End of Everything

In “The End of Everything,” Althea’s back on #FTWD tonight, 9/8C on AMC! That is, of course, if the crafty #FTWD writers aren’t pulling a fast one with a flashback episode or some other sort of writer trickery.

Whether or not Al is still here and reconnects with anyone else tonight, at least we’ll get to see her action-packed story where, according to IMDb, she “chases a story with dogged determination, putting the mission, and her life in danger.” We’ll also see one of the mysterious “soldiers” again, the ones in those futuristic head-to-toe black uniforms. This one, played by Sydney Lemmon and named Isabelle, evidently is the one who captured Al earlier this season.

We wish Al all the luck as she tries to make her escape in the opening minutes. It’s a rainy night in Georgia, I mean Texas, and there are walkers on the prowl.

Both Al and Isabelle seem to be looking for information, maybe even the truth. I’m thinking these two may end up forming an alliance of sorts.

I can’t wait to see if, or more likely how, Isabelle is connected to the helicopter we’ve seen, the one that I think of as the Rick teleporter. I’m loving this #TWD connection so far in Season 5A, how about you? 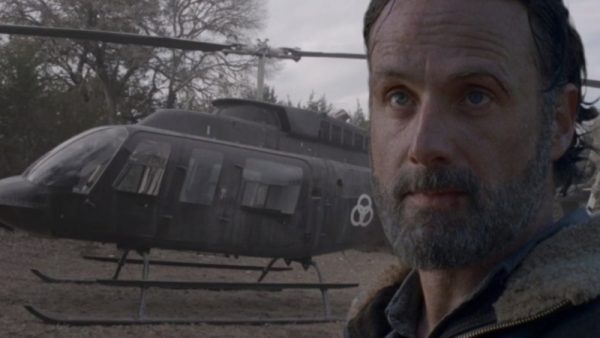 In related news, the Season 5B filming has wrapped. Guess they’ll be working day and night to get it back on in August as announced. Thanks, #FTWD!

Do you think we’ll learn what happened to Rick in the last half of this season?