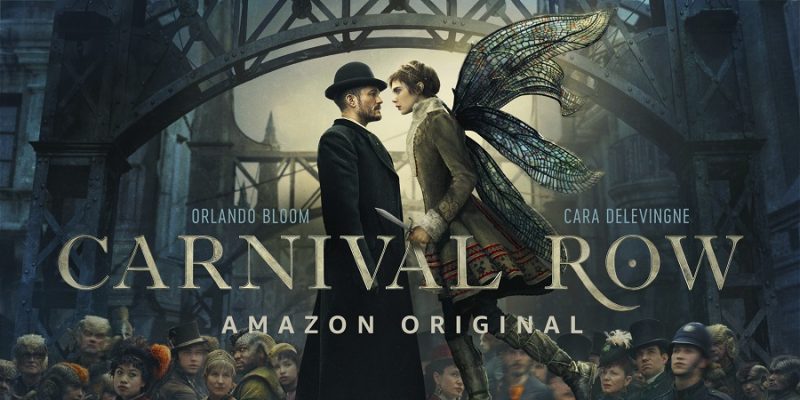 Carnival Row is an all new fantasy drama coming to Prime Video this fall; a Victorian fantasy world where mythical creature and humans try to co-exist. The 8-part series will premiere on August 30th; but is coming to San Diego Comic Con first, beckoning fans into the world of Carnival Row ahead of its’ release date. Starring Orlando Bloom (Pirates of the Caribbean) as human detective, Rycroft Philostrate and Cara Delevingne (Suicide Squad) as a refugee faerie named Vignette Stonemoss. These mythological immigrants have caused quite a stir on this human world – but their exotic homelands were invaded by the armies of man.  Philostrate and Vignette begin a dangerous affair in this increasingly intolerant world; while Detective Philostrate works on his most important case yet: a string of gruesome murders threatening the uneasy peace of the Row. Vignette is also hiding a secret, one that endangers Philostrate’s entire world.

Carnival Row will be making quite the appearance at San Diego Comic Con – with a panel, a sneak peek of the upcoming series, a special offsite activation at the Prime Video Experience, and a world class party! Located at 1st and MLK, the Prime Video Experience will be home to all things Amazon, including Carnival Row, The Expanse, and The Boys. The Prime Video Experience will be open to the public Thursday, July 18th through Sunday, July 21st during the day; and host exciting parties at night. Fans will discover the world of Carnival Row, a universe where humans and exotic creatures learn to co-exist. Take a break in the “Forbidden Lounge”  a neo-Victorian decorated hideaway venue, and enjoy a special performance.

On Friday in Ballroom 20 at 4:45pm, you can catch the official Carnival Row panel! 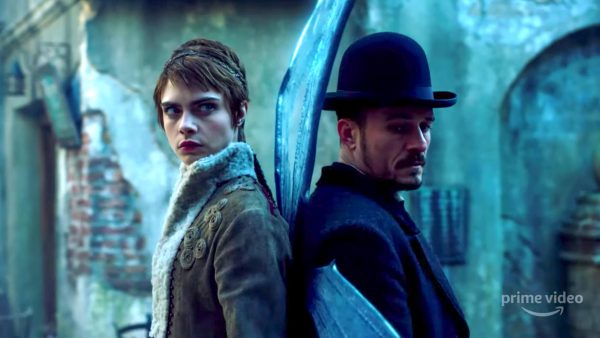 Saturday night you can dance the night away at the Carnival Row: Come As You Are Party! Located inside of the massive Prime Video Experience This party is only open for 21+ and you will need a valid form of ID to attend. Tickets are already sold out, but there will be a General Admission line queue.

Carnival Row: Come As You Are Party

What: Come as you are! Whoever you choose to be, your individuality will be celebrated at this closing celebration of the 50th annual San Diego Comic-Con. As you enjoy a drink, or a few, be on the lookout for characters from Carnival Row, enjoy a sneak peek of the upcoming series, and dance to a live DJ performance.

Amazon Prime has a lot of amazing new content on the way, but I for one am quite excited to see where the world of Carnival Row takes us. It has an extremely talented cast and crew, with visionary leaders at the helm. I expect Carnival Row to be nothing short of visually breath-taking with a dramatic story that hooks us all from the start. Carnival Row premieres on Amazon Prime Video, August 30th.

Comment below, or find me on social media and let’s keep the conversation going! Don’t forget to use #CarnivalRow #CarnivalRowSDCC