Game of Thrones Cast Says Goodbye at SDCC 2019 – and a Contest!

One of the biggest shows ever to have been on TV ended this year. Game of Thrones wrapped up its epic eight seasons with dragons, really-dead-this-time wights, murder and betrayal, love and anguish. And to say thank you to the fans who supported the show, and waited breathlessly for each turn of Arya’s dagger, several of the show’s cast members sat for a giant Hall H panel at San Diego ComicCon earlier this month.

What fun that was! It started on an interesting note – SDCC’s head of programming stepped up to the microphone before any cast members were introduced, and gently reminded the 6,500 audience members that ComicCon was all about acceptance and tolerance, that everybody’s opinions were valid, and that he believed we were all civilized human beings. What he was really saying was that during the Q&A that was planned for the end of the panel, he didn’t want to hear questioners screaming out their disappointment at what was, in many minds, a very weak ending to the series. (As it happened, the cast chatted for the full hour, and could have gone much longer – they never got to the audience Q&A.)

Yes, we know that at least one prequel series is in the works – and why not, this show made a TON of money for HBO and had huge audiences – but nothing could ever equal the scope of this series. Days of filming for four-minute battle sequences, hundreds of extras, hordes of famous guest stars, giant careers made. And it was incredibly fun to hear the cast talk about the show and how it impacted them over many years. 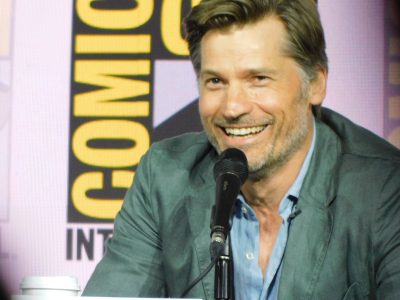 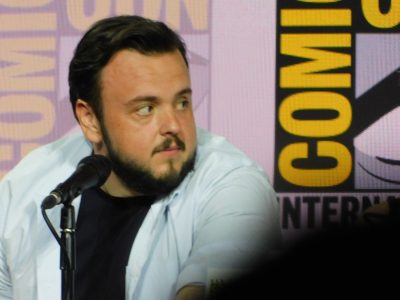 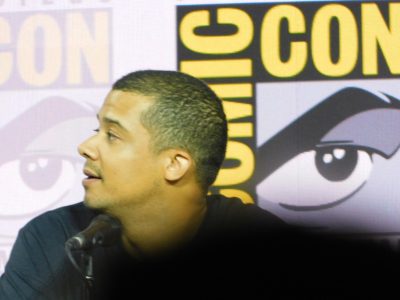 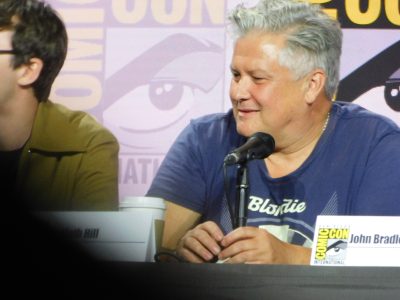 I have to admit, I’m now more than a little bit in love with Conleth Hill, who played Varys, and I was quite charmed by Jacob Anderson’s (Greyworm) bits of embarrassment and his giant hugs for co-star Liam Cunningham (Davos) – bits that required donning a full face Spiderman mask to cover up. In addition to them, other panelists included Isaac Hempstead Wright (Bran); Maisie Williams (Arya); John Bradley (Sam); and Nikolai Coster-Waldau (do I even need to tell you? Jaime Lannister). 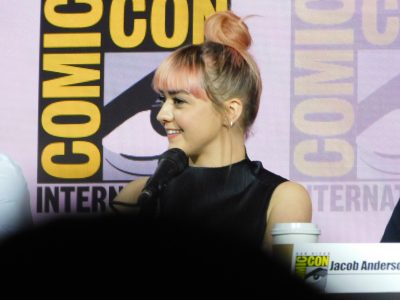 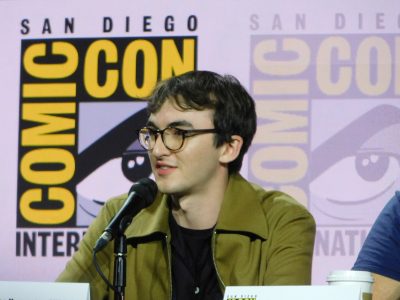 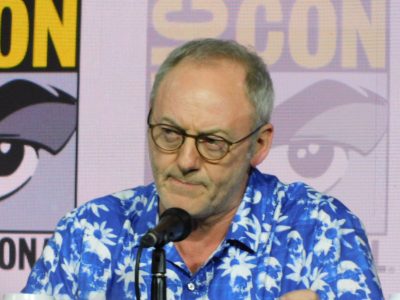 Here are some of the highlights of the panel. Please excuse the video quality – if you’ve ever balanced a camera on your foot while trying to take stills with your phone, around the giant heads of the people in front of you, you’ll understand. In the first video, cast members talk about what they think their characters would have done following the end of the series, and their favorite lines in the series.  And head to the bottom of this post to win a Varys figure from Dark Horse, which was given to me several years ago at an earlier ComicCon!

In the second video, they talk about what they took home from the set; John Bradley discusses that infamous water bottle mistake; and they reflect on what they miss most about playing these characters.

Audience members were given a ticket to collect a great swag bag from the show – a smaller canvas tote, a metal water bottle, a nice GoT branded notebook, and a pen! Definitely a classy way to finish a series that can never be topped.

Want to win this 8″ Dark Horse Varys figure? Enter below for a chance to win! Blog post comments are not made within the Rafflecopter box – go to the comment section at the very bottom of this post. 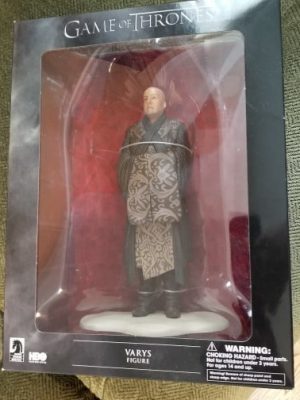 Disclaimers: US addresses only. Threeifbyspace is not responsible for problems trying to enter or post blog comments – most problems are solved by trying another browser or device. Winner will be contacted by email or Twitter DM (whichever is available through your entry).

It wouldn't be a San Diego Comic-Con without some fantastic Marvel news, and this year's triumphant return was no different! Marvel not...

END_OF_DOCUMENT_TOKEN_TO_BE_REPLACED

Warner Brothers have begun their San Diego Comic-Con reveals on day 3 of the event. Shazam! Is back with the latest trailer for the Fur...

END_OF_DOCUMENT_TOKEN_TO_BE_REPLACED

One of the hidden gem panels happening at San Diego Comic Con today was presented by Prime Video for it's current fantasy epic, The Whe...

END_OF_DOCUMENT_TOKEN_TO_BE_REPLACED

Today fans were treated to the trailer of Salvage Marines during San Diego Comic-Con 2022 and it looks amazing! The original sci-fi ser...

END_OF_DOCUMENT_TOKEN_TO_BE_REPLACED

After a panel today at San Diego Comic-Con the first trailer for the upcoming Paramount film in the Dungeons and Dragons franchise was ...

END_OF_DOCUMENT_TOKEN_TO_BE_REPLACED

One major part of the SDCC experience is the activations that pop up throughout the convention center and Gaslamp district. In the pa...

END_OF_DOCUMENT_TOKEN_TO_BE_REPLACED

SDCC is fast approaching and with it comes even more panel announcements! We recently received the exciting news that Casper Van Dien w...

END_OF_DOCUMENT_TOKEN_TO_BE_REPLACED

Page to Screen "From Page to Screen" highlights the amazing bridge between comics and television/movies/video games. There are so many...

END_OF_DOCUMENT_TOKEN_TO_BE_REPLACED

35 Years Dark Horse is one of the greatest publishers of comic books and has been for quite some time. There are a lot of incredible b...

END_OF_DOCUMENT_TOKEN_TO_BE_REPLACED

Dark Horse All-Stars Saturday of SDCC is packed full of some amazing panels, but my go-to is, and will always be, Dark Horse! Today th...

END_OF_DOCUMENT_TOKEN_TO_BE_REPLACED

Picture This. It's Friday night at Comic-Con. You're in the Hilton Bayfront Indigo Ballroom surrounded by enthusiastic comic book fans...