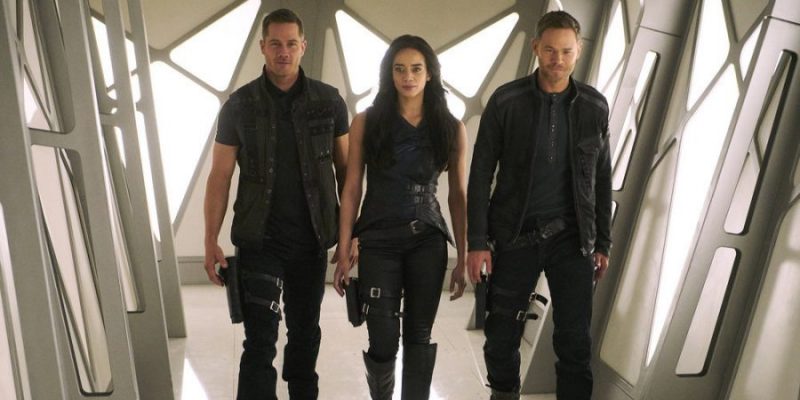 Well, here we are, folks. The final season of Killjoys is about to break upon the shore of a our fandom like a wave. Are we ready for it to start? And are we ready for it to come to a finish? Forgive the questions as judging by the fandom’s reaction on social media, I think I already know the answers – but, today is going to be a day of questions.

As we head into season 5 of our beloved Killjoys, there are some things I’m looking to have clarified, some people I’m looking at for clarity, and just some fun, personal notes that I’m curious about that I’ll throw out there for your entertainment (and mine, too, I suppose). It’s a lot to take in, this conclusion of a show that has become a passionate entertainment pursuit by so many. The fandom now holds its collective breath and awaits the ride that the final season will provide. And judging by the teasers (The UK trailer is very interesting), things should be plenty eventful in the Quad.

Here’s what I’m looking for in season 5.

What was the deal with that final scene of season 4?
If you recall, we ended season 4 with a look at what seemed to be an altered reality for Dutch, Johnny, D’Avin, Pree, Zeph and the crew. With The Lady out, I’m really wondering if that scene was something that was created by The Lady, or a dream sequence, or is a reality that our heroes will have to battle through to find their way back to their true reality.

I’ll admit, when I saw it last season, it opened up all kinds of possibilities in my mind about alternate realities and the road to finding a way back. However, I could be making it more complicated than it should be and the lack of a reference to that little arc in the new previews makes me wonder if I misread it from the start. I’m very curious about that particular scene and what it means for season 5. New reality? Strange dream? Combination of both? Let’s see how that plays out. 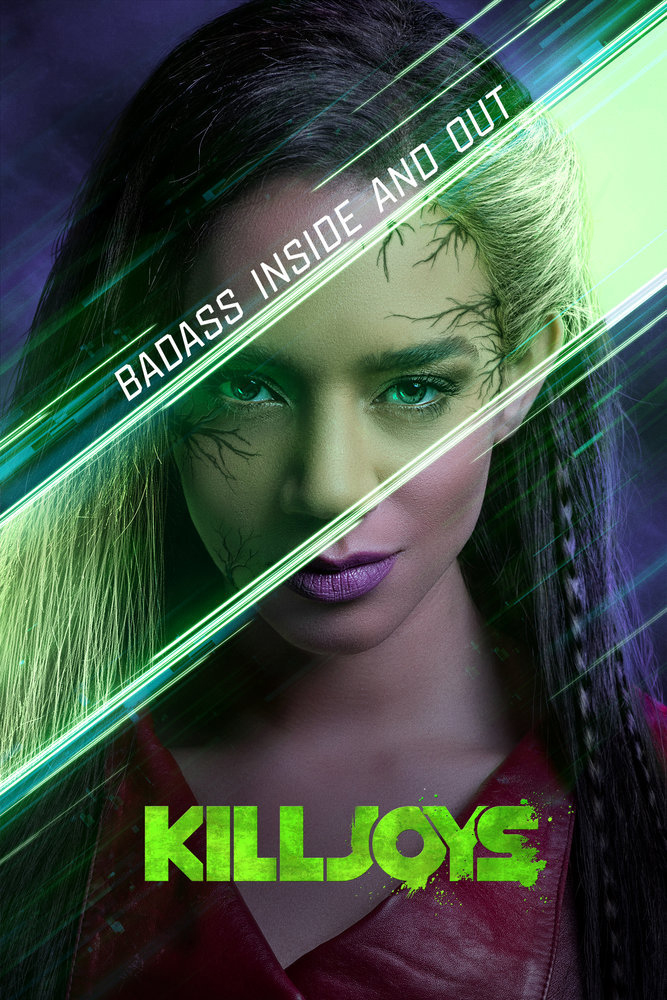 How does Zeph react to Pip’s death?
No question I was as surprised as anyone that Pip would willingly sacrifice himself at the end of season 4. A heart-wrenching moment, to be sure. And as we saw, the aftermath for Zeph was on the tough side. I’ll be curious to see how her relationship with Dutch holds together. If you remember, she told Dutch in the aftermath of Pip’s death that one of things everyone said about Team Awesome Force was that “Dutch always brings everyone back.” Well, she didn’t this time and I wonder if that puts a strain on the relationship.

If you’ve watched the trailers for season 5, there are some tidbits in there that are interesting, including a kind of disheveled looking Zeph talking with Dutch. In a twitter exchange recently, actor Kelly McCormack, who plays Zeph, said that “It gets pretty grimy for poor Zeph.” So that makes me wonder if there’s going to be a bottoming out for our nerdy super girl.  Naturally I’d expect Zeph to rally and be a force for success before this thing is over, but as this character is one of my favs, I’m curious about her trip over the course of season 5.

What did Khlyen’s appearance mean?
Even as Aneela was getting stuck in the green, we see Khlyen standing behind her. So, what does that mean moving forward. Khlyen has always been this little light in the darkness that kind of helped the process move forward. What does his appearance mean for the coming conflict? So interesting.

How marvelous will Pree’s look be this season?
Look, if you’ve ever interacted with Thom Allison, you know he’s got that fun “it” factor flowing nicely. And on Killjoys, part of that “it” is the wardrobe he rolls through the show week-to-week. For me, and I know for many others, the “look” that Pree brings to the screen each episode is always a smile-inducer. Look, I’m no fashion maven, but even I have come to anticipate the many and varied looks that Pree will deliver to the fans of Killjoys. I’d posited the idea on Twitter recently that when the show ends, someone should do a retrospective on Pree’s outfits from season 1 through season 5. 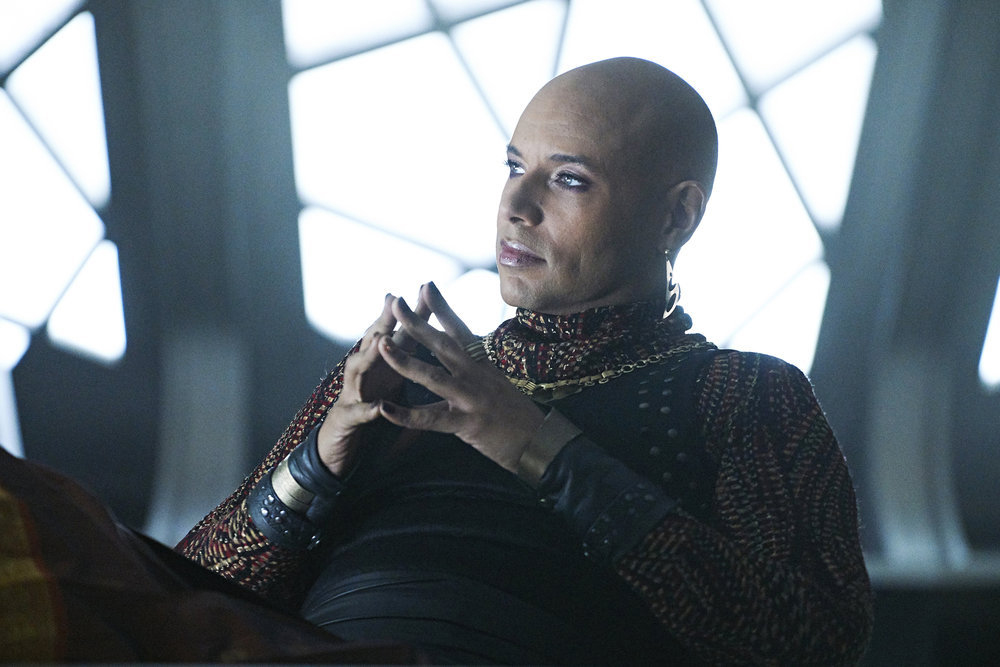 The many looks of Pree would certainly be worthy of a visual representation, as well as some commentary – perhaps from Allison himself. And given that, I can’t help but wonder what the future will hold for Pree and his Gare-Bear moving forward. I can’t help but feel Gared plays an interesting role in all this. I worry for him, though. Worry he may be not make it. My hope is both Pree and Gared stay safe and are major players in season 5. This is a pairing I enjoy and hope to see more of them as we head to the finale. If they meet up with the scarback-turned-dominatrix again at some point, even better.

The Lady vs. Dutch, what’s gonna happen?
Obviously, if you’ve seen the trailers for season 5, or even watched the end of season 4, you can’t help but believe that there’s a showdown coming between these two. But will it be between just these two or will Dutch need help from her sister, herself, her other…you know, Aneela. For my money, the coming showdown (and you know it’s coming) is kind of intriguing because in my heart I’d like to see Dutch take care of this bitch by herself in a wicked epic showdown.

However, given The Lady’s seemingly formidable powers, perhaps the  rational question is what’s the plan and who’s involved. If Killjoys tradition holds, there will be a fairly interesting plan that doesn’t go to plan and delivers plenty of improvisation and, we hope, an oddly successful conclusion. I definitely enjoyed the Dutch-Aneela pairing in season 4 and how those two characters developed together. Hannah John-Kamen does what I think is a superb job of giving us two very distinct characters.

I don’t ever get that “Oh, it’s the same person” vibe when I see them. HJK has created two wonderfully complex and diverse characters and I am so impressed by that. And that begs the question of whether she’ll need to free Aneela from the green first to successfully take on The Lady. 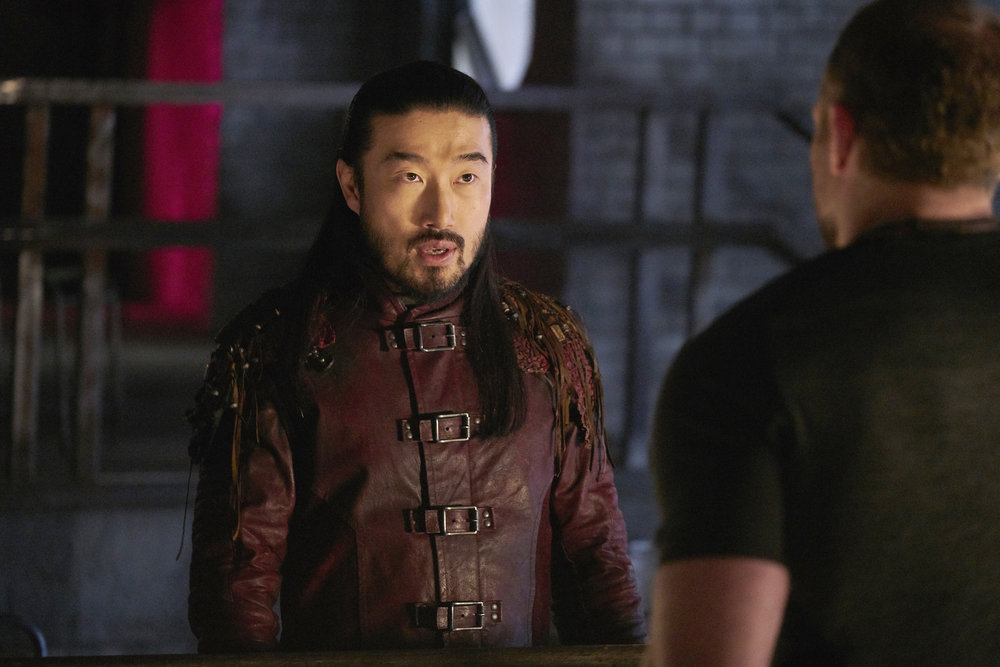 What about Fancy Lee?
Okay, here’s my personal bias showing through, but I didn’t think they gave Fancy enough run in season 4. There, I said it. So, what I”m hoping for in season 5 is that get a full dose of Fancy given important and key assignments in the taking down of The Lady.

One of the things I like about Sean Baek’s take on Fancy Lee is this kind of stoic demeanor that is a nice foundation for subtle humor to sneak its way through from time to time. I’m a Fancy Lee fan, so I’d like to see this character get hip-deep in whatever’s about to arrive.

How do the memories matter?
Zeph’s cure for the infection on Westerly came with a price – the loss of memory for those afflicted (which was essentially everyone). Remember, what The Lady said, “Memories aren’t just where you’ve been, they’re who you are. And if I own that, I own you. And now that I’m out, I will own everyone.” Pretty ominous words as we head into the fifth season and it makes one think that memories, lack of memories, or created memories, are going to play a key role in what’s to come in season 5.

What are the possibilities of D’Avin?
this is one of the more intriguing questions about this show. D’Avin has shown a nice ability to rock a little Hullen action from time to time. Every once in a while, we get this little glimpse into his ability, an ability that I’m guessing we may only be scratching the surface of. But what can he really do? I mean, how powerful is he really? I love how his ability has been teased from time to time, but will season 5 be the coming out party for his Hullen-inspired power? And will he use that to help in the battle with The Lady? And how will Jaq play a part in this. The Lady seemed to have a special interest in D’Avin’s son. What does it mean? 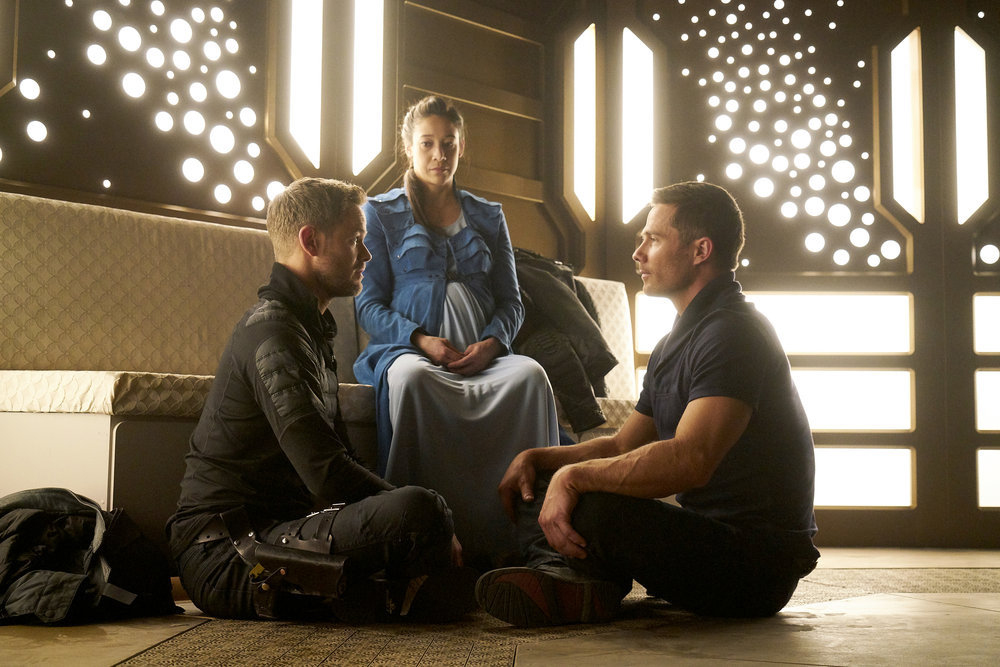 How does it all get wrapped up?
In the end, that’s the question that is on everyone’s mind heading into the final season. In some ways, the decision to announce two more seasons and then end it two years ago has made this trip more enjoyable. The end was definitive, yet there was time given to really flesh this world out in 20 episodes.

I think that has allowed the fandom to savor this thing a bit more than wondering season to season if it would be renewed. There is no need for #SaveKilljoys campaigns or pleas to Amazon Prime to save it, etc. No, what Syfy did with Killjoys is what I wish a lot more shows would do, give the writers/showrunners/actors the timetable necessary to fulfill the story. And that’s what we’ll get with Killjoys this season. Do Dutch, D’Avin and Johnny find the key to unlock the Lady’s weaknesses? Is there an all-out battle that will decide things (trailers seem to point to a little bit of shooting and butt-kicking), and once it’s over, do things go back to the way they were or is there a new sense and order to their respective worlds.

And what of The Lady? Do they truly defeat her or simply find a way to bind her away, leaving open the possibility of her return one day? I don’t know which type of ending I prefer – the clean and decisive one or something that leaves doors open to speculation? I know that I am curious to see how Dutch and the gang approach The Lady question and how each plays his or her part in what’s to come. But I’m equally interested in the end game and aftermath of the final episode. I guess that means the many people working on Killjoys have done a superb job at getting me to invest emotionally in the story and the characters. I guess that’s all one could ever ask from a show like this.