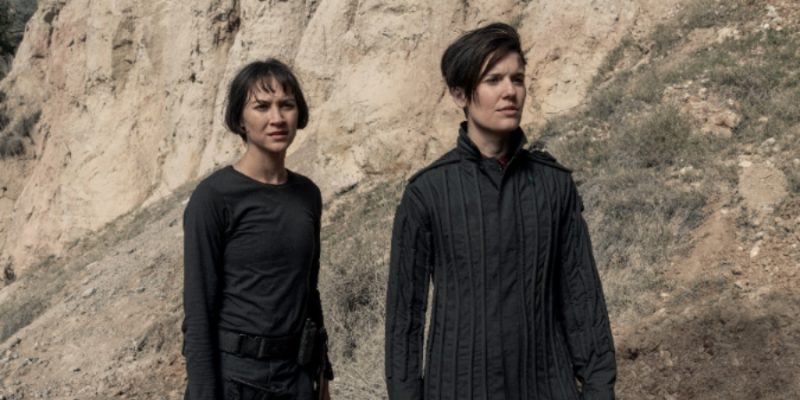 By: Karen Kennedy Rutledge
amc Fear the Walking Dead review scifi zombies
In FTWD “The End of Everything,” Al went carpe diem in order to seize the future. Indeed, she seemed to find a new beginning that makes everything possible again.
When she risked sharing her own story with Isabelle, Al found a kindred spirit and more. I don’t have to check IMDb to know that we’re bound to see Isabelle again. 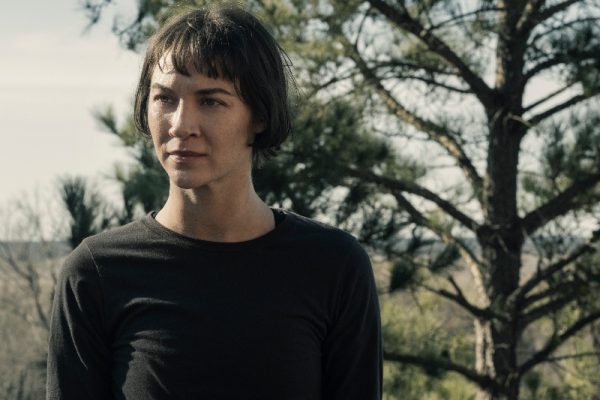 I’ve loved these FTWD character specific episodes, haven’t you? Al’s was no exception either so I’m sitting here wondering why has it taken me all week to write this review?
(Please excuse while I process for a moment. If it gets too personal for you, SciFi fan, just skip on down to the LOVED section.)
I wasn’t procrastinating. I did the usual behind the curtain prep – formatted the AMC press photos and worked the WordPress magic. I watched the episode multiple times, taking notes of what I loved or didn’t and what made me laugh. Business as usual so why am I so late to getting it done?
The high heat and humidity were definitely a contributing factor. #lethargic
The real issue, though, is likely anxiety and fear, the typical barriers in most conflicts with ourselves and others. So, what’s the source? I’m pretty sure it’s because I recently raised my own writing stakes. I registered and put up $$ for a writing conference where I will talk to *actual writers* about whether or not I have the chops to be an *actual writer.” The gravity settled in and I became paralyzed, unable to write anything, including about this show and my other faves.
Whew, can you feel my big sigh of relief? Now that I’ve identified the source, fear generated from seizing my own future, I can deal with it and get back to Al and finish this review before it’s time for the next episode. Here’s what I loved, what made me laugh and what I could have lived without.

First and foremost, there was so_much to love in this episode. It will be hard but I’ll concentrate on just a few.
I loved learning a bit of Al’s backstory. We knew it was gonna be good, right? I hope we learn more about what happened to her brother and about Al’s journey between then and when she connected with the FTWD survivors. 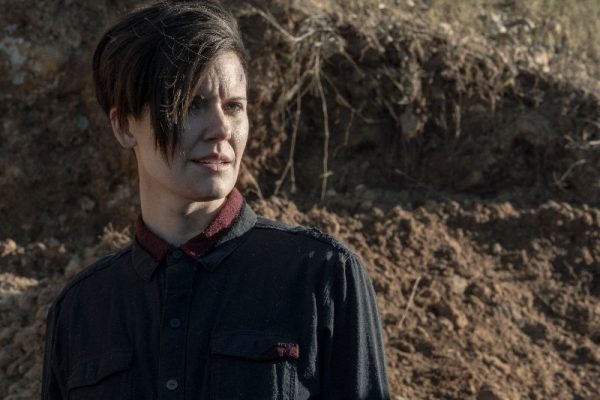 I also loved how they slipped in the fact that official organizations attacked each other as part of “the end of everything.” I think that will be more about how things went down.
The “you fall, I fall” concept was brilliant. It was the perfect metaphor for how we’re all connected. Al and Isabelle, Al and the other survivors, Isabelle’s super-secret group and what’s left of the world. Bottom line, we all have more in common with each other than we think. We just need to follow Al and Isabelle’s lead, open up and talk to each other, chose to make your own the story, not just live vicariously through others.
Oh, one last thing, those black suits and weapons are amazing. Think they’re available on Amazon? 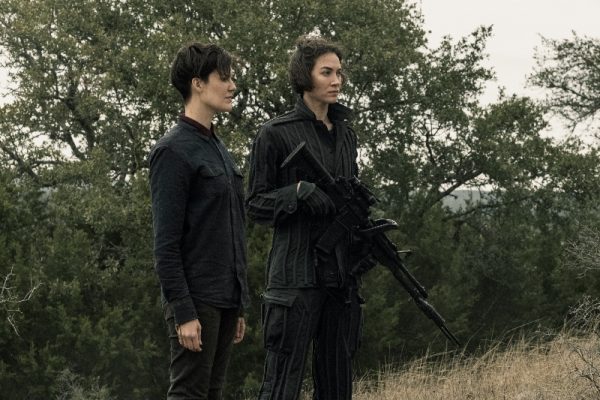 This episode had some of my favorite lines of all time. Al cracked me up, trying to be cute! I’m just gonna list a few of her lines for your consideration. 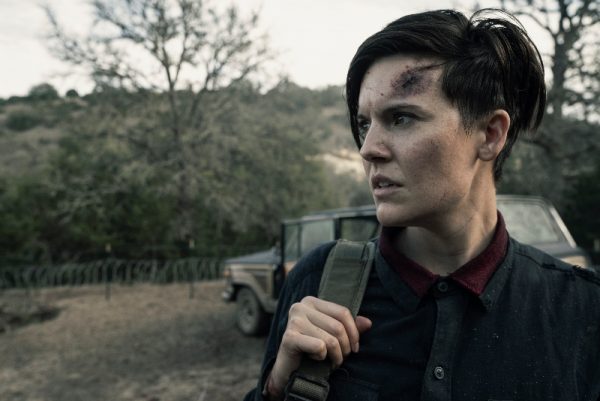 Did anyone else think it humorous as Al and Isabelle parted ways in a most awkward manner? I think we’ve all been there – unable to easily disconnect from someone after sharing a deeply personal moment, kinda like middle school. I’m no shipper but I sense a real power couple in the making.

If they had to throw in some rock climbing, couldn’t they have taken a path further away from that hanging walker? Yes, the hanging walker probably scouted and took the best path back in the day but my combined fear of zombies and heights had my knees aching and my eyes firmly covered by my hands. IMHO, as someone with a deep and abiding fear of heights, that whole rock climbing adventure could have been cut. 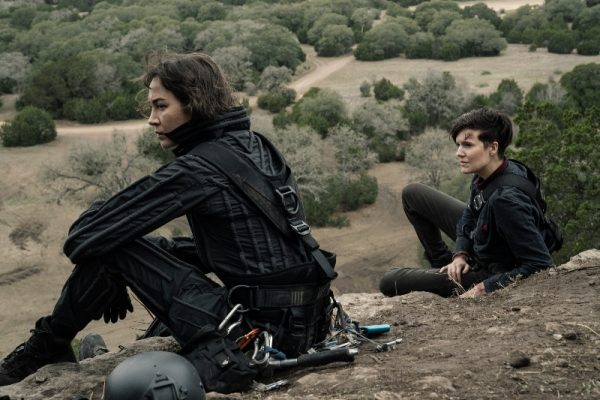 The most puzzling concept in Episode 5.5, however, was that a group of people whose purpose is to rebuild the future is a group that should inspire fear. Yes, they’re working on something extraordinary, something bigger than everyone, but maybe our survivor group and others have valuable knowledge that could prove useful. Did the helicopter people think of that?  What are they SO_afraid of, huh?

As always, my viewing pleasure is enhanced by what you post on social media. Here’s my favorites this week.
You said it, another Bee! How could anyone resist Alicia? 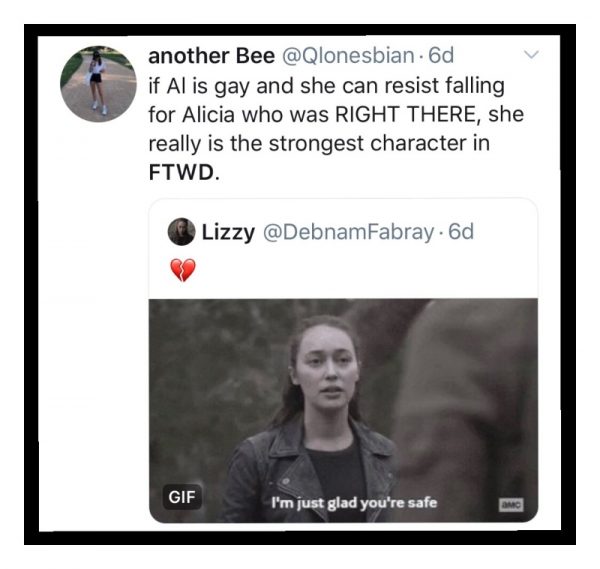 Nail on the head, the lone wolf survives! I had serious hair envy throughout the episode. 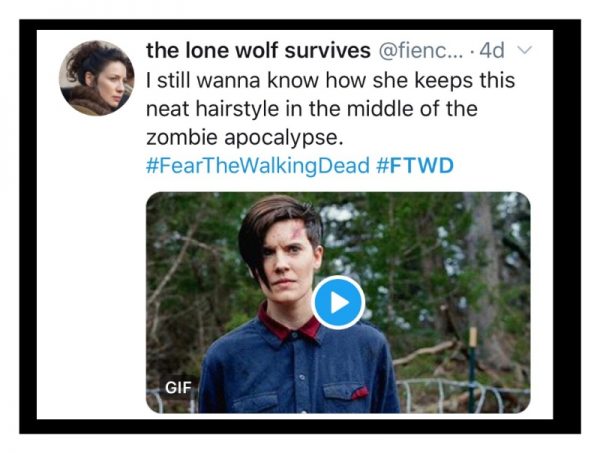 BigBen, I agree. They might need those gloves rappelling down but not on that trip up.