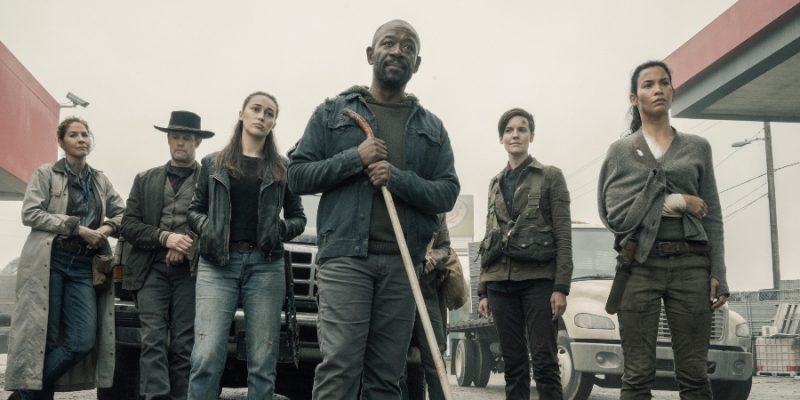 Review l Fear The Walking Dead 5.6 l This is Us?

Has our Fear the Walking Dead team jumped the shark, morphing from apocalyptic warriors to a kinder, gentler “This is Us” posse? Yes, they’re dealing with saving children, rebuilding airplanes, the menacing helicopter people, and radiation poisoning and potential meltdowns, but where’s their edge? AND, is it intentional, to catch us viewers off guard, or has the show as a whole jumped that shark?

Either way, I’m still in. While we wait for “Still Standing,” here are my thoughts on Episode 5.6, “The Little Prince.”

Despite my trepidation about the show arc, I found lots to love in this episode, like June’s “My boyfriend says survival starts with socks” line. Yes, Annie, John is right. You can’t run, or stand and fight, unless you take proper care of your feet. That’s wisdom we would all do well to take to heart as it directly applies to everyday life. 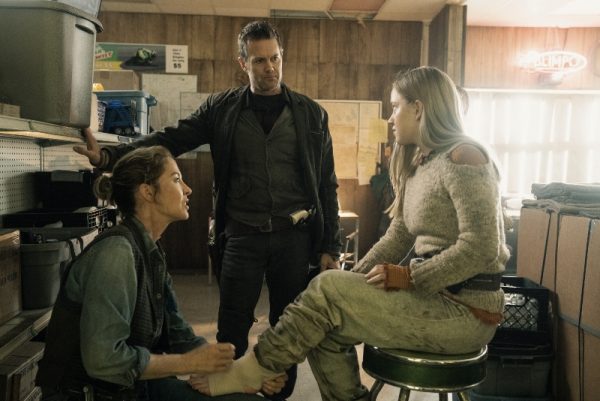 Also loved that it was a delicious “spill the tea” kinda episode. John learned from Dwight that Sherry gave up everything for him. Annie shared the Camper Kids back story with Alicia. Al almost tipped the cup with June. Bet that will happen soon, OTR, of course.

Finally, I love Grace’s determination and grit. She’s taking care of her peeps which, through no choice of her own, now include the Camper Kids and our weary warriors along with her Decimeter Walkers. We get you, Grace, and respect your integrity. You’re great with roadblocks but don’t throw one up around your heart. Morgan needs you to get his grove back, and a new bo. You can earn back your mistakes together. 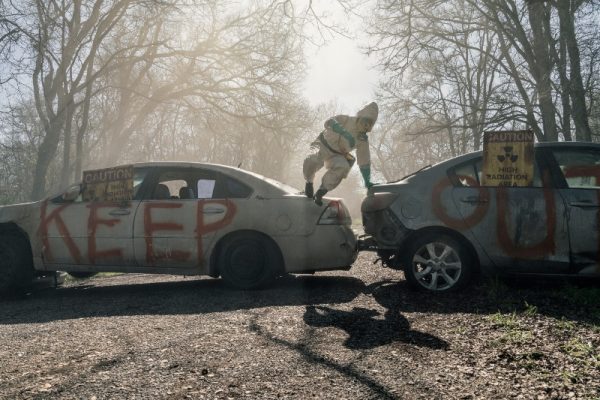 There were a few lines and scenes in “The Little Prince” that brought a chuckle. Loved the discord in the movie-watching scene – the bedraggled Camper Kids giggling over the old-school Gulliver’s Travels, munching popcorn, as if they were sitting in a fully functioning theater. Their laughter made me laugh.

The whole dual airplane repair cracked me up. See REALLY?! below for more but the_best lines of the night were expertly delivered by Mo Collins: “Stand clear. I got to clear some of this jerky man jerky.” If that didn’t make you LOL, your soul has been crushed by a bad Tinder experience or something equally traumatic. 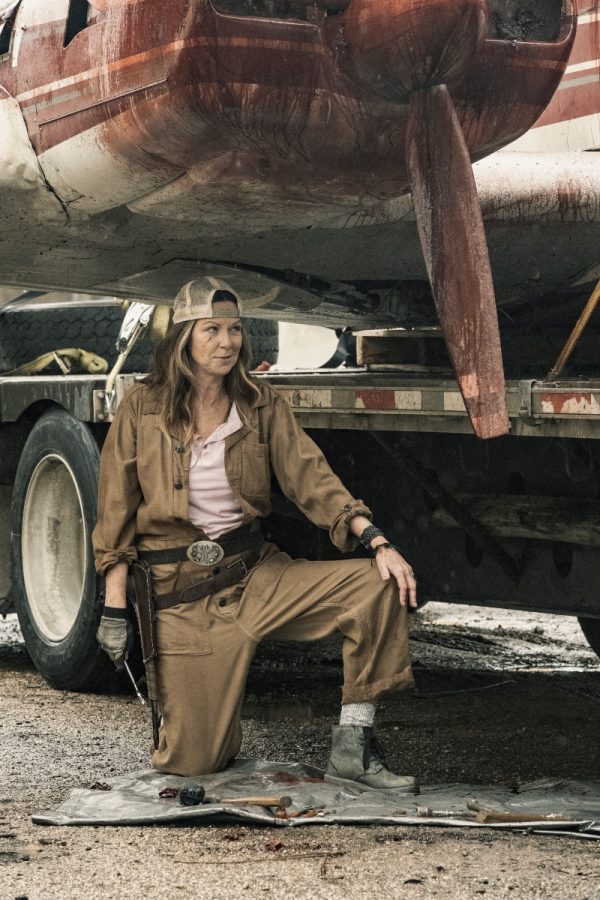 Now on to that dual plane repair story line. Give them kudos for trying but do their back stories give them sufficient experience to MacGyver those particular wheels? Maybe Strand but what about Al? Could I have missed important deets in her story? The smaller plane seems less of a stretch but how will they get that Skyvan, the one that stripped down looks more like a helo, back in business?! Skeptical!! 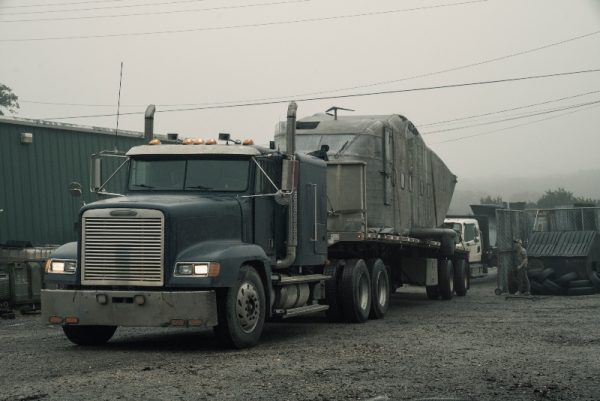 Another glaring scene that didn’t ring true was John not telling Dwight about Honey’s “stop trying to find me” note. I mean, these dudes shared their respective ring and scrabble blocks stories. Yes, John didn’t want Dwight to give up hope, but he’s too honest to hide something so important. The trust was there, John. You should have told him and used your persuasive ‘aw shucks’ charm to pump him back up. 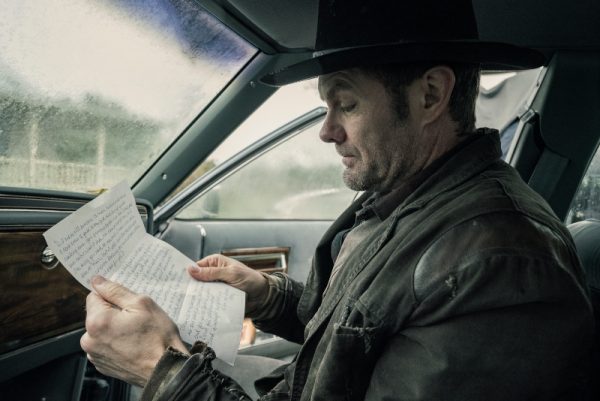 And don’t get me started on the details of that hot air balloon escapade, like the incredibly heavy propeller ballast, hitting the gas as you descend, etc. Living in the Hot Air Balloon Capital of the World – Albuquerque – I’ve had a ride or two and picked up some important info along the way about how they work. It’s hard to guide those balloons any distance except where the wind takes you. They did get one part right, though. You can only control certain aspects of a landing and it’s often bumpy, sometimes dangerously so. IMHO, that moment had “jump the shark” written all over it. 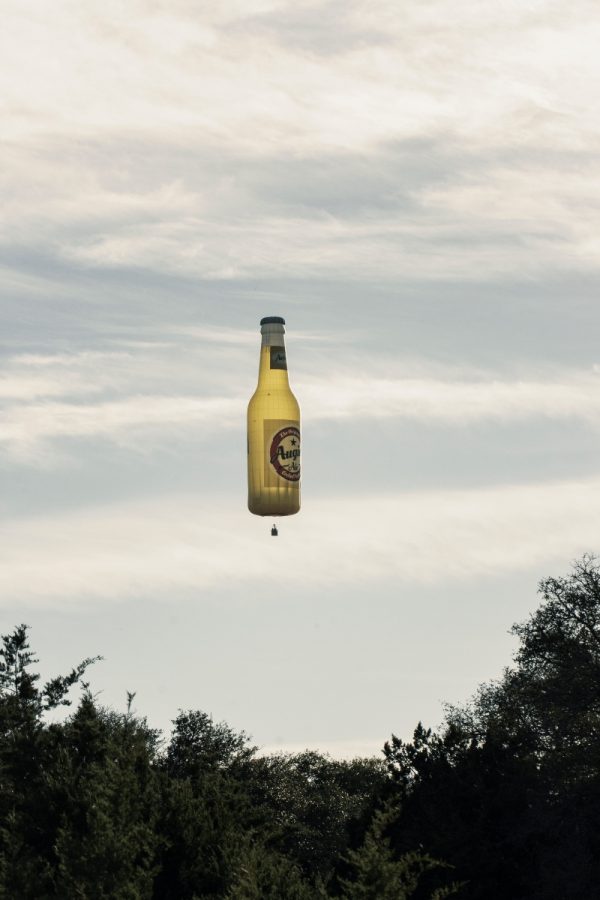 On to one of my favorite pastimes, reading your FTWD reactions. As usual, there were quite a few that enhanced my viewing pleasure. Here’s the cream of the Twitter crop.

Erik Kain, you’re my brother from another mother. I may be giving FTWD a little more slack but fear you may be more on track. 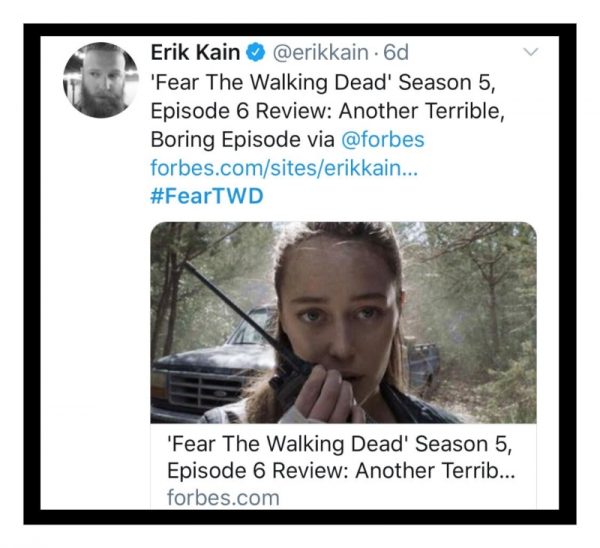 Speaking of fear, I’m with Chelsea, scared on many_levels. What will they throw at us next? Will we lose someone? Gasp, will the downhill slide continue?

If Erik is my brother, heck, Sue Ramos may be my twin. I think she feels the same as I do about that balloon ride and she’s a fellow short girl. 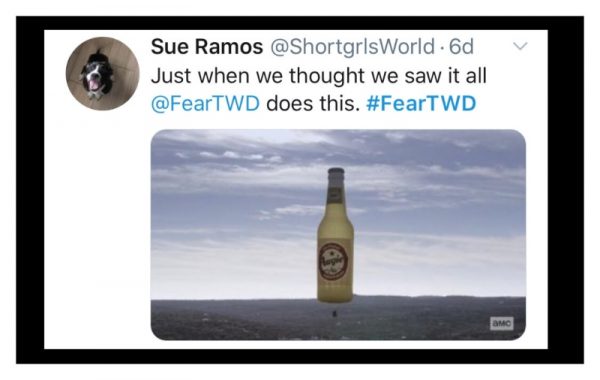 Lastly, Milli perfectly captured my thoughts. I consider myself lucky to be married to an Eagle Scout Aerospace Engineer and we know a pilot or two but, come on, that’s a slew of skilled strangers landing together by chance. #Unreal for sure.

Seriously, “The Little Prince” turned out to be a misnomer IMHO. The only related part was little Dylan sitting there reading the book and seeing with his heart, not his eyes.

Maybe there are just too many moving parts right now? Maybe the writers have been intentionally lulling us into this current less than optimal state? Maybe we’ll get a jolt back to the gritty show reflective of life in an apocalypse.

Surely (no, I didn’t call you Shirley) FTWD has truly NOT morphed into a “This is Us” lookalike. Whatevs, hubby and I will tune in with high hopes that our team will regain their edge.