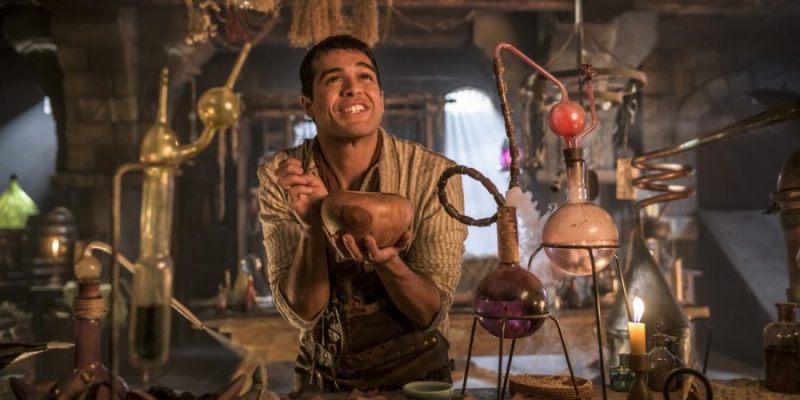 Desai-Barochia plays Janzo, a barkeep/brewer/science nerd that has seen plenty of growth over the course of one-plus seasons. And that’s just how the British-born actor likes it. “The writers and creative team, they have allowed me to have free reign and make him (Janzo) my own,” he said. “It’s exciting for me to work with that.”

Fortunately, the path Desai-Barochia took to the fantasy adventure realm of “The Outpost” was one he foresaw for himself in his youth. “You know when a child has a profession they want to do like a fireman or an astronaut? Mine was always to be an actor, since I was about 9 or 10 years old,” he said. It was a musical in those early years that really solidified the dream. The end-of-year production was on tap and a teacher who had a great influence on him, “Mister Mack,” was going to take on the lead role. But young Desai-Barochia had another idea.

“I said, ‘No, I want to do it,’” he said. “And I absolutely ran with it. It was just this freedom. Once we hit the stage and started rehearsing, I realized ‘Oh, this is what I’m supposed to do.’” 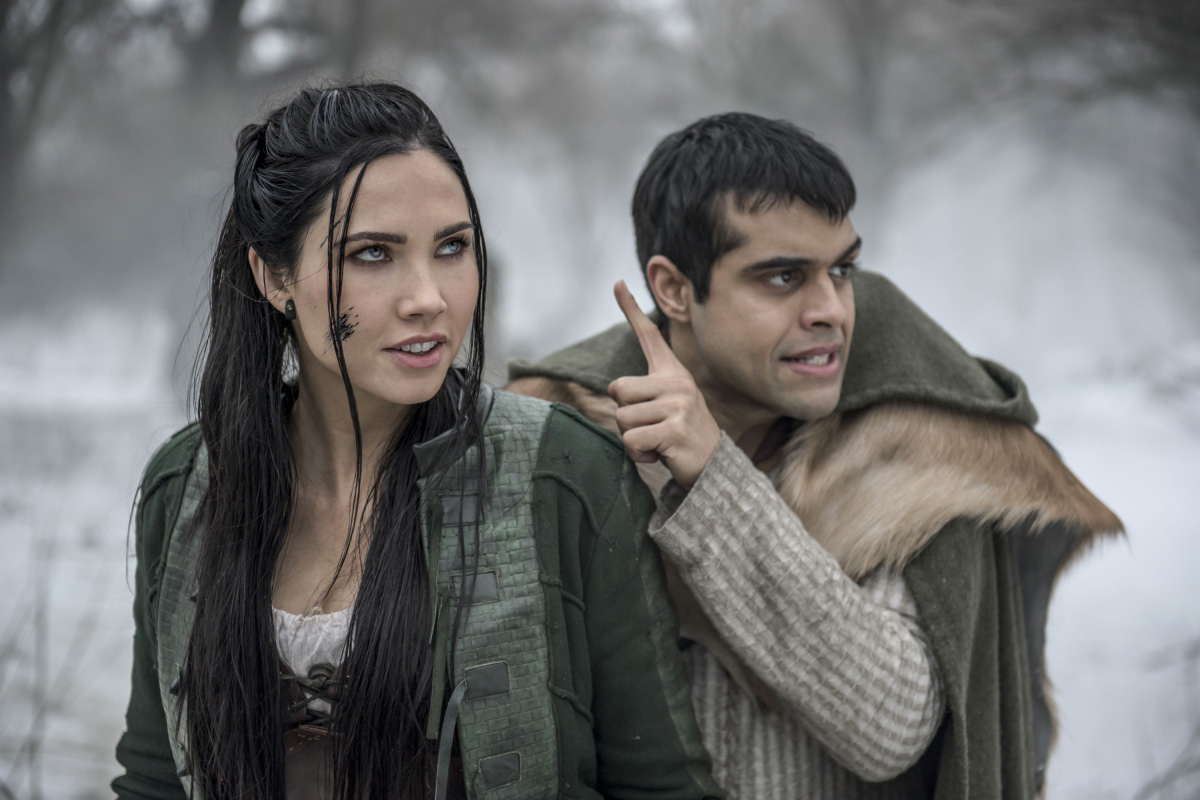 And with that revelation clearly implanted in his mind, Desai-Barochia simply went for it. When he was 16 he auditioned and got a full scholarship to the Italia Conti Academy of Theatre Arts in London, the country’s oldest acting academy. From there, he worked in London for a while and then came to the United States in 2010 to study at the Lee Strasburg Theatre & Film Institute.

He was meant to stay only a semester, but booked a job while there and decided his time was now. Nine years later, he’s still here, though he does split his time between homes in L.A. and England. Interestingly, most of his work thus far has been in the comedy realm.

And then, “The Outpost” came calling with a character that has become a fan favorite. Janzo has come a long way, baby, and that’s thanks to everyone involved, most notably an actor who possesses a passionate devotion to this character – physically and emotionally. The development of Janzo has been enchanting.

“In season 1 we opened with Janzo being incredibly insecure, a timid character,” he explained. “The only people he had interaction with was his mother, The Mistress —  until he met Talon. She just opens up his world to something magical and shows him friendship and loyalty. He’s (Janzo) a special person to me. He’s grown into something quite powerful, not just within the Outpost, but with Talon.” 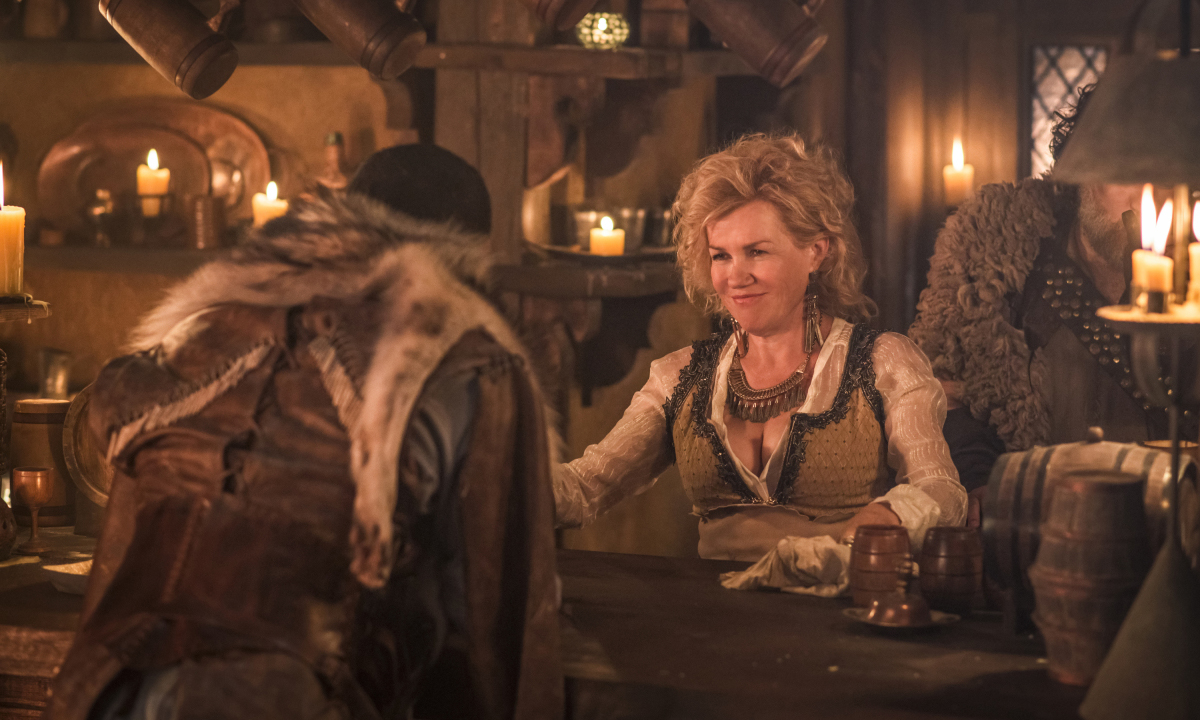 “Whatever he does lack physically, he makes up for in brain power,” he added. “He’s quite endearing for the audience. They can think that maybe these underdogs, these science-y guys can win in life.”

Given the development of Janzo in just over a season, it’s a character arc that has helped change some of the dynamics going on in The Outpost. Janzo, so easily intimidated in the show’s early going, now speaks his mind and offers his opinions, even if they differ from some of the show’s other characters. “He has truly grown as a character,” said Desai-Barochia, who said that the change in Janzo will continue through season 2. “In season 2 we all have our own storylines and story arcs, so I think that will make it very interesting for the audience.”

The actor said that he likes to take it episode by episode and enjoys not knowing what’s coming down the road, preferring to be in the moment with the story and Janzo. “If we take it one episode at a time, then we are truly working with Janzo in real time.”

He also enjoys the ability to improvise on set, noting that Robyn Malcolm (The Mistress) is one of his “favorites to work off of. We will improvise together nonstop. We always bring something new to different takes and improvisation works well in a show like this. You can see we are having fun as well.”

From the physical nuances of Janzo to the burgeoning relationships with the other main characters in The Outpost, creating Janzo is a work that Desai-Barochia seems to truly enjoy. He’s created a character that has proven to be a popular one, even as “The Outpost” has become more and more popular among viewers. Its rise through season 1, then the outpouring of fan support prior to season 2, has been impressive. It’s something Desai-Barochia appreciates and wants the fans to know it. He’s active on social media before, during and in-between shows. 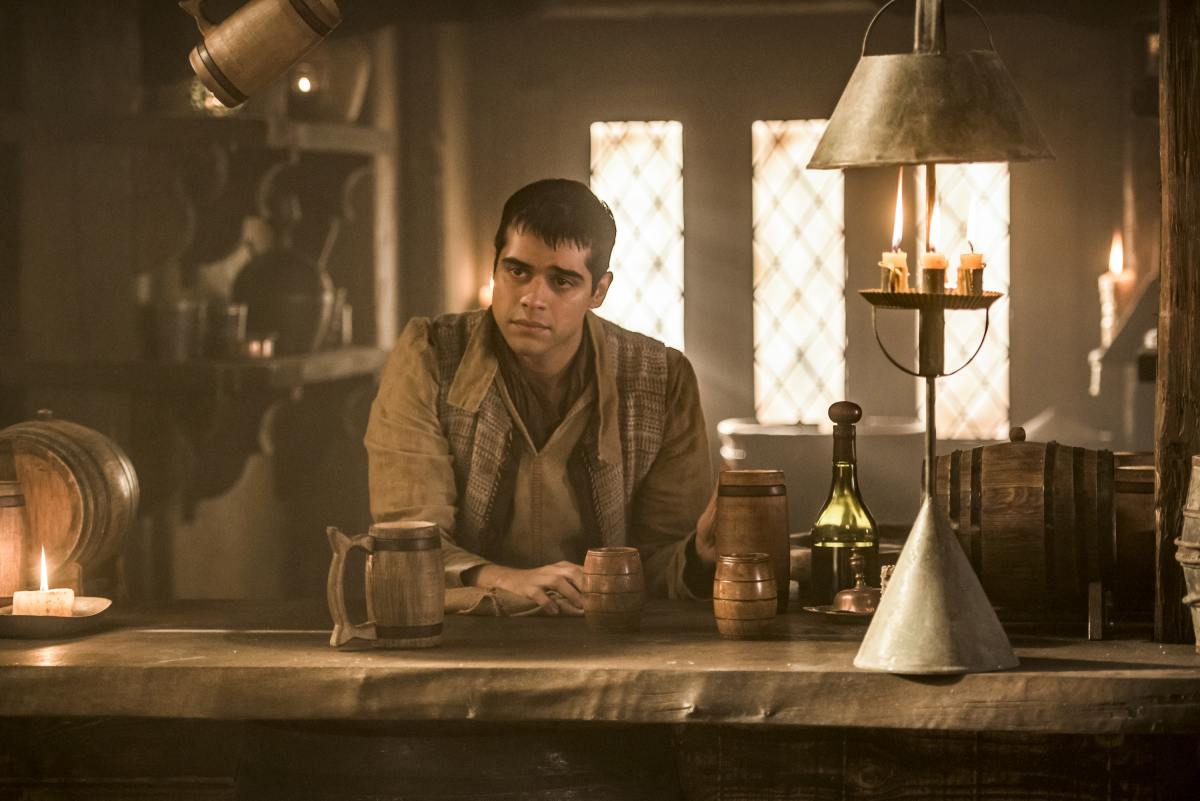 “I think that’s quite important,” he said of fan interaction. “It is wasn’t for the fans, we wouldn’t have a show. With social media, if folks are reaching out to you and appreciating you, you have to show appreciation for them as well. They are creating this fan art, spending time making it, I think it’s almost a bit arrogant to not react to it.”

The fan art, he said, has been incredibly gratifying, with people churning out works seemingly nonstop. He noted that in episode 202, someone made a reference to “What would Janzo do?” and quick as you like, fan art with that saying was being created. “The episode hadn’t even finished and people are making things…that’s dedication,” he said.

With production of “The Outpost” having moved from Utah to Serbia in season 2, the production is “getting more for its money” now, which allows for some substantial upgrades to facilities and resources. And with high hopes for a third season, the stakes for “The Outpost” continue to climb. And that’s just fine.

As for his future, Desai-Barochia hopes to see “The Outpost” go from “strength to strength to strength” with a third season hopefully on the horizon. During the hiatus, though he “hopes to work my acting muscles.” He’s always on the lookout for interesting and challenging characters, be it in indie films, indie projects or on the stage.

“Things that are quite different from Janzo,” he explained. “That’s what I look for – variety in my work. I’m never more happy than when I’m working with different characters – I gravitate towards them.”