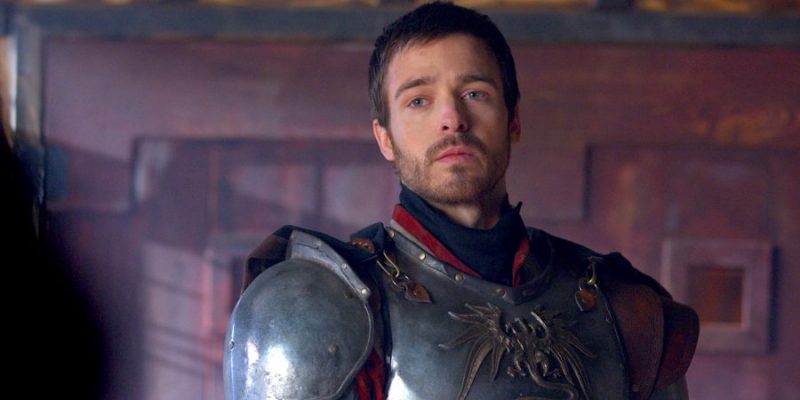 Did you know that actor Jake Stormoen is a dyed-in-the-wool geek? You know, a nerd. And thank Gandalf’s staff for that. Stormoen has successfully turned a passion for fantasy adventure into not only an acting career, but a wonderfully engaging hero. He is currently crushing the role of Captain Garret Spears on The CW’s second-year show “The Outpost.” And you might say it is a role he’s been prepping for since his youth.

“I’ve always been a huge fantasy fan, kind of a geek and nerd in my own right,” Stormoen said. “I played ‘Magic: The Gathering’ and ‘D&D’ – and still play. I was always reading ‘Forgotten Realm’ or ‘Game of Thrones’ long before there were TV plans for it. I loved those worlds my whole life.”

And Stormoen admits enthusiastically that those influences, including a desire to be Indiana Jones, played a huge part in “leading me into this crazy career I decided to choose.”
Good choice, that. 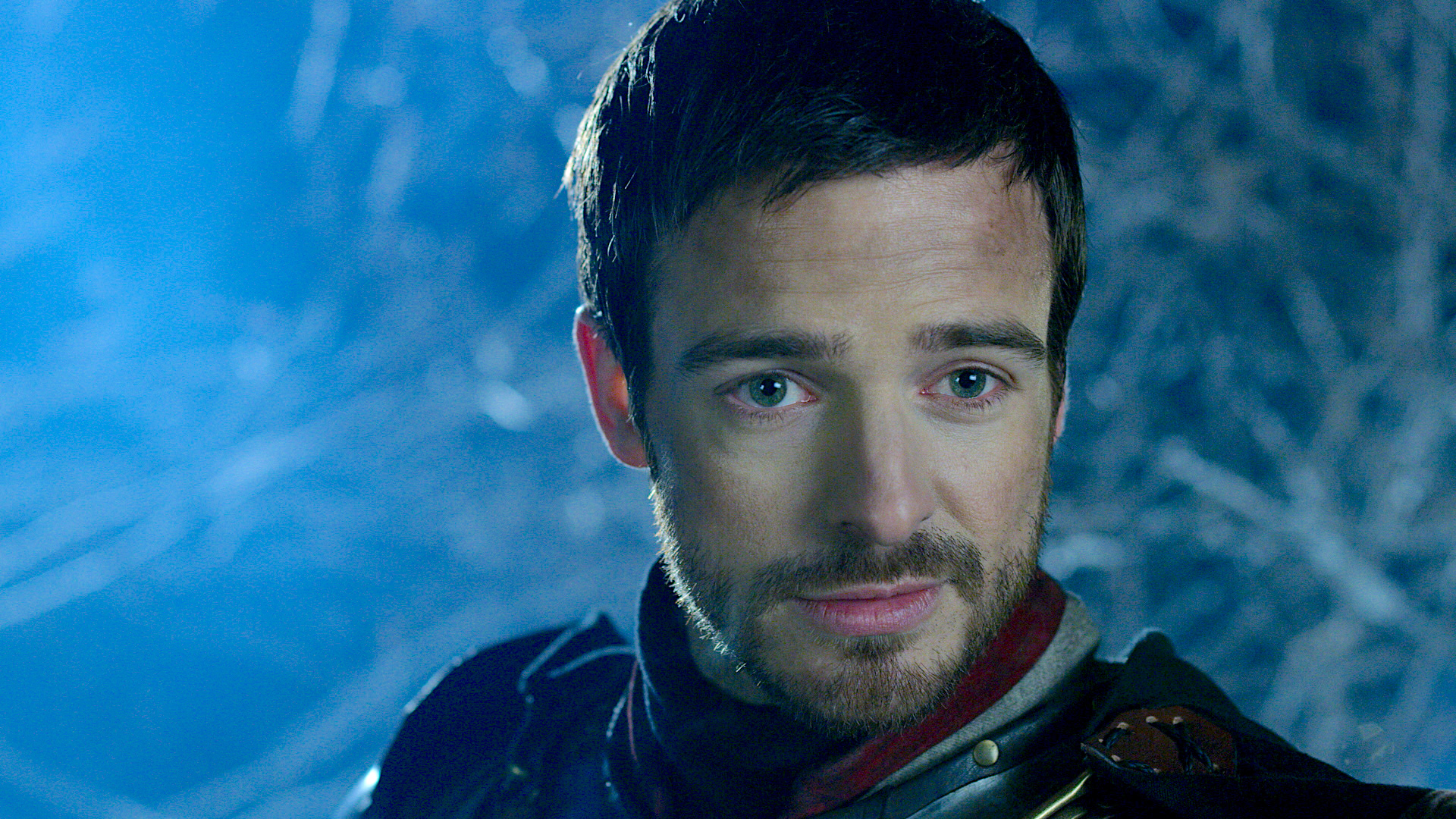 Stormoen spent a good part of his childhood traveling all over the world, which allowed him to actively live “in my imagination.” And with that, an interest in acting came early.
While attending high school in the United States, then university in Australia, he was involved in stage productions, which fanned the acting flames nicely. From there, “I waited tables for six months and then went to L.A. But high school is when I really decided I was going to give this a shot.”

In 2014, the walk into the fantasy realm truly began to manifest itself. Stormoen appeared in a low-budget fantasy series called “Mythica: A Quest for Heroes” through Arrowstorm Entertainment. The relationships with Arrowstorm would prove a providential match as “every couple of years I’d work with them on something else.”

The working relationship has now grown to this, “The Outpost” on Thursday nights on The CW for a second season. The ride, said Stormoen, has been something special.
“Arrowstorm Entertainment’s bread and butter is fantasy and we really had a great time,” said Stormoen. “So it’s very fun now to see the success that has come with ‘The Outpost.’ Everything has become this kind of ‘pinch me’ moment for this geek who read fantasy books and now gets paid for it.”

“The Outpost” occupies a unique TV niche with a lot of fun and interesting elements running through it. A show that started with little fanfare a year ago, but steadily gained steam through season 1 and, judging by the social media activity, has found a growing fandom in season 2. And Garret is one of the key cogs in “The Outpost’s” weekly wheel. He’s a character that is still in process – and fun to play, the actor said. Stormoen noted that the Garret of season 1 was a stoic and dedicated soldier, recalled to the The Outpost to protect Gwynn, who would become queen late in the first season. But things began to change as season 1 came to a close.

“When season 1 finishes, our big antagonist (Everit Dred) for the season has escaped and Garret goes off to find him,” Stormoen explains. “When he goes out of those gates, he’s a little messed up (regarding) the two love interests. He kind of blew it with both, as far as I’m concerned. Garret is off to refocus himself on the duty and task at hand, and pour everything he has into doing the right thing.”

Of course, if you’ve seen the first two episodes of season 2, you know that things didn’t go quite to plan for Captain Garret. No, things really didn’t end well for him.
“The fact (that episode) it culminates in him getting a blade through the chest kind of sums him up really well,” says Stormoen. 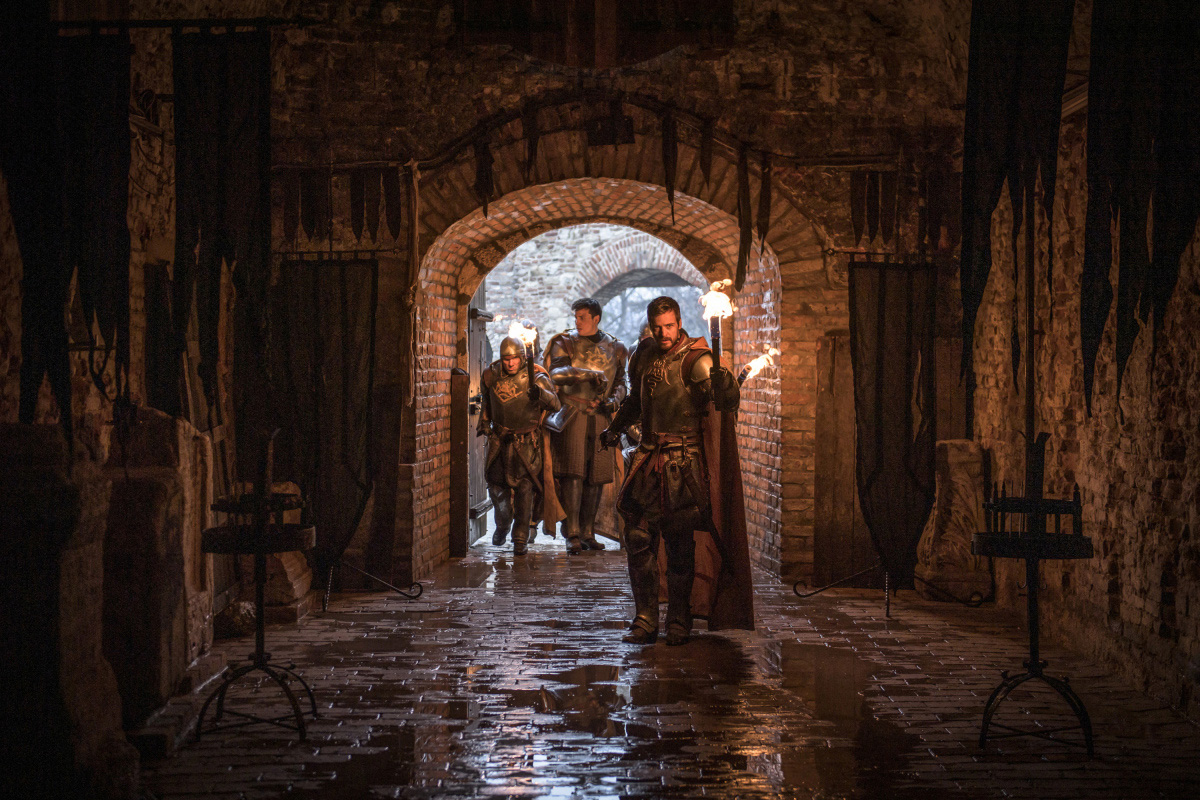 He said that when he first got the script and read about Garret’s skewering, he thought the show may be sending him a message of some sort. But no, he was assured, he’s not leaving “The Outpost” anytime soon. In fact, Stormoen says that Garret’s return will be with “full force.”

“I do kind of love everything that Garret became – all the soul-searching in season 1, then it ended with this moment,” he said of the stabbing at the hands of Essa Khan. “He didn’t plan it out very well and it nearly killed him. I think this will be an incredible lesson for him in season 2.

“The fact he comes back doesn’t necessarily mean he’s in a good place,” Stormoen added. “There are a lot of wrongs to right at this point. Garret has to look over the choices he’s made and move forward.”

One of the fun aspects of season 2 will be the show acknowledging the things the audience may have noticed in season 1. What also should be interesting is the new dynamics that are in play as new characters emerge. In episode 2 we met Tobin (played by Aaron Fontaine), who is brash, dashing, likes a flagon of ale (or whatever Janzo is brewing up) and has already made advances to Gwynn, Talon and other ladies.

“When Tobin comes in, everyone has to catch their breath a little bit,” said Stormoen. “He is charismatic, a good looking guy and I think that kind of shakes the tree a little bit. No matter what happens now, things have changed at The Outpost. I will say there is definitely a dynamic shift in a really great way. There will be a lot of thoughtful and interesting power struggles and interaction with the status of the characters. It’s a pretty cool thing to see, I think.” 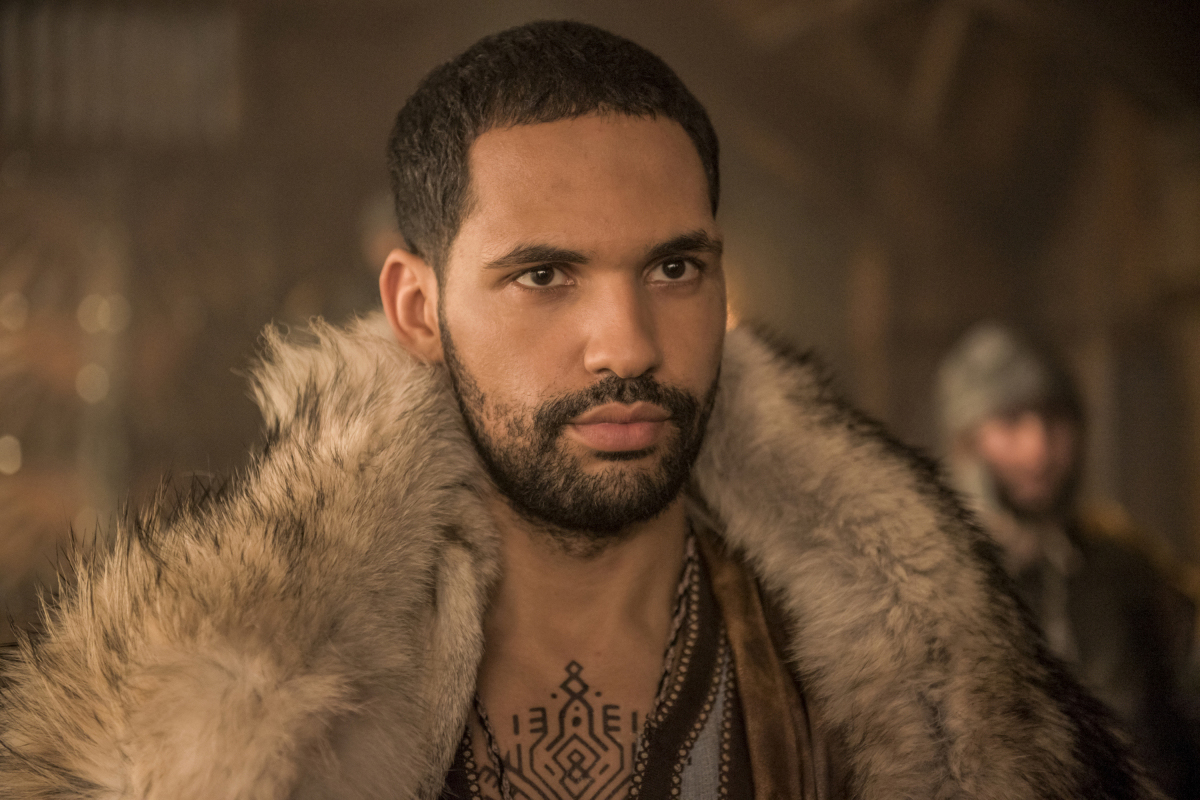 What’s also cool is the relationship within the cast, he noted, adding he feels they got some nice luck when putting the show together. “Last year we all become good friends,” he said. “We are all from different parts of the world…we truly represent so many different countries. So to have a second season with that group, reunited on the other side of the world — we thought we were good friends last year, but this year we became better friends. We all really have each other’s back. I’m lucky to be part of a project where we enjoy each other’s company.”

Stormoen said that the success of “The Outpost” has been gratifying and that season 2 has seen some changes in terms of resources going into the show. He said there’s no secret that there weren’t millions to spend show-to-show in season 1, so “It is really great to see those kind of humble beginnings and see how far we’ve come.” In fact, the set for season 2 was rebuilt. Stormoen said the season 2 Outpost set is five times larger than the season 1 set. Walking through it when he first got to the set was a real treat, he noted.

“Just to walk the streets, it’s incredible,” he said. “In season 2 we just had more to work with. It’s great to see that happen. Fans who liked season 1 are going to love season 2. People who watched shows that I watched growing up are finding it and enjoying it.”

And a nice helping of those fans are active on social media, live tweeting during the Thursday night showings, as well as simply talking about the show throughout the week. It’s an interesting dynamic about modern-day entertainment, but one that Stormoen seems to enjoy. He’s active on Twitter, often interacting with fans during and between episodes.
“I really do love interacting with people and appreciate them supporting what we do,” he said. “As an actor on stage, you get this immediate response. You can hear it and feel it. In film and TV that’s not the case. With social media, you do see the immediate response, or a version of it. There’s something to be said about real-time updates from people watching your work all over the world. They feel different things and say different things and they interact with each other and that can be amazing.”

“For me, it’s fun to interact with people who have somehow been affected by our little show,” he added. The sheer volume of comments can be hard to keep up with, but Stormoen said he tries his best.

The hope is that “The Outpost” will get a third season with The CW. Stormoen doesn’t take the success of the show, or the devotion of the fandom, for granted.
“I’m just like any actor, just so grateful to be working right now,” he said. “It’s so tough, especially when you go out to L.A. It’s feast or famine and I had many years of famine, so I’m very grateful to be working on a show like this that I love.”

While Stormoen said he would be open to other types of work, he did make a point that staying within this genre of show would be just fine with him. A suit of armor, a sword and the elements of fantasy will always appeal to his soul. The future could hold some other surprises as well.

“Personally, what I’m trying to use ‘The Outpost’ for is to continue to move forward,” he explained. “Hopefully, we get a third season. I’m also working on a small side business right now that’s right up that same alley. I’m just a big old geek.”