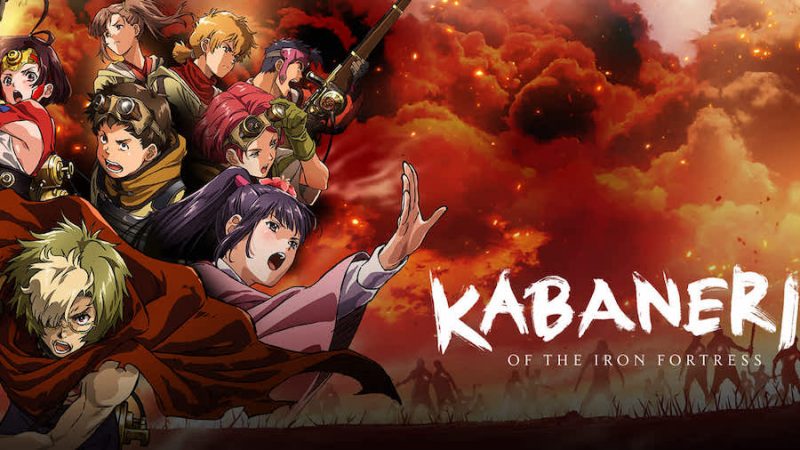 By: Robert Prentice
Funimation Kabaneri Of The Iron Fortress

Kabaneri Of The Iron Fortress – The world is overrun with Kabane, zombie-like creatures with an appetite for human flesh. While the last of humanity has retreated into fortress-like stations connected by armored trains, there are a few that remain as hopeful as Ikoma. Although he services the trains for a living, Ikoma has created a new weapon that he believes could defeat the Kabane.

Kabaneri Of The Iron Fortress was re-released in the Funimation Anime Essentials line. Along with the classics line, these are equivalent of Funimation’s previous S.A.V.E. line of products. The tag line is Collect More, Spend Less. With the essentials line of anime, you can pickup these titles at a reduced price on Blu-ray and Digital. So if you didn’t pick it up before, you should now. You can pickup the complete series of Kabaneri Of The Iron Fortress over at Funimation.com. You cannot beat these deals!

Kabaneri is a post-apocalyptic steam-punk series that centers around the destruction of zombie like creatures. The preview and the story brings immediate comparisons to another similar title from the same studio, Attack On Titan. Kabaneri comes to us from Studio Wit, and was released in-between the release of a new season of Attack On Titan. Other than the inevitable comparisons between the series Kabaneri is a decently fun trip into a steam-punk future filled with zombie-like humans calls Kabane.

Our protagonist is almost immediately killed attempting to prove his weapon useful but ends up using his Ingenuity to survive. We quickly learn that what he has done is turn himself into a Kabaneri. Kabaneri are half-human, half-kabane. Their bodies are Kabane but they still have the brain of a human. He is a rare ‘true’ Kabaneri, because of course there are those out there making artificial ones for the purpose of fighting other Kabane. In this world (similar to Attack On Titan), humanity hides behinds walls. In this case, the walls of train stations and on armored trains that run from city to city.

The main villain of the story ends up not even being the Kabane or how they came to be in existence in the first place. The villain is another human, who is the son of the Shogun and is seeking revenge against his father. Ikoma fights to survive and protect his friends, both new and old, along the way. With only 12 episodes the story hits a climax rather fast. You are left with more questions than answers about the world, the Kabane, and Kabaneri in general.

The series has great animation quality, which we have come to expect from Studio Wit. It also has a good soundtrack to go with it. The story itself is lacking in substance. This is mostly due to the limited number of episodes it was given. A second season or continuation in manga form would be warranted. The characters are likable and the risk is real, as we lose many along the way. However if you enjoy steam-punk and post-apocalyptic future settings, this is a series you should give a go. We give the series a B+.