D23 Expo- All of Your Star Wars News in One Place!

Disney’s biggest fan event, D23, happened this weekend and with it came hundreds of exciting announcements. If you’re like me and Disney runs in your blood and owns your soul without hesitation (I have two Disney tattoos and soon will have a full sleeve). This weekend is just as chaotic and beautiful for Disney fans as San Diego Comic Con is for us comic book fans! There were park announcements, movie announcements, and show announcements galore! Here is where you’ll find all of the Star Wars related announcements made this weekend! (With the exception of The Mandalorian trailer, that gets it’s own post). Let’s begin!

The Rise of Skywalker

Those who attended the D23 Expo got an exclusive look at The Rise of Skywalker this weekend. Apparently some footage was shown of Rey wearing a black hooded jacket and holding a dual bladed lightsaber; much like everyone’s favorite Darth Maul wields. This has caused some speculation as to what might happen in this move. Does Palpatine take control of Rey and turn her Sith? Who is the Skywalker (Please don’t be Rey)? WILL THERE BE MORE PORGS?! There was also a new poster revealed. Kylo and Rey are facing off with Emperor Palpatine in the background, hmm. Take a look: 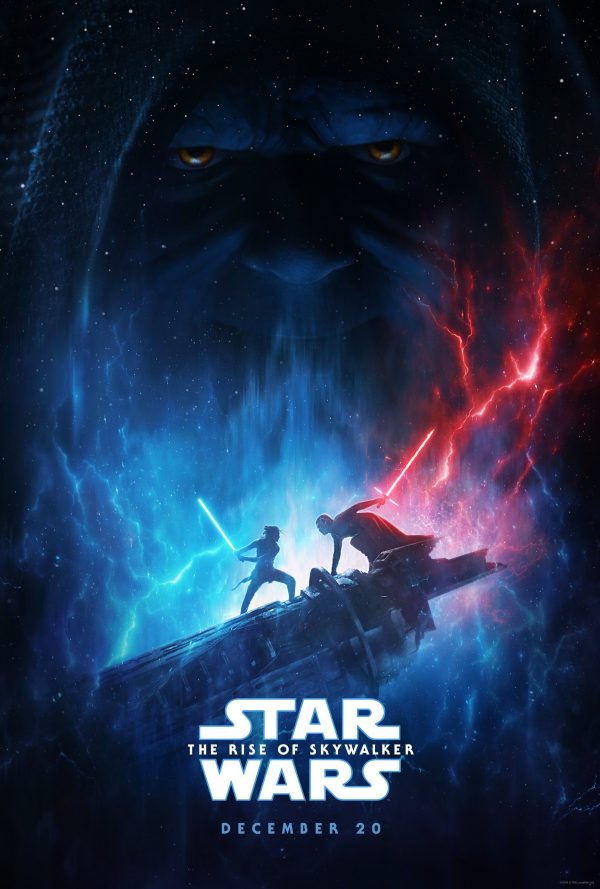 So, I have been seeing a lot of backlash about this whole trilogy of Star Wars and I just have to say that people need to let people enjoy this new movie! Sure, you might not go see it, but that doesn’t mean a 13 year old kid who grew up with this trilogy needs to hear your negative opinion on it! Let people have their fun and let people speculate what they will about this new movie! Star Wars: The Rise of Skywalker releases in theatres December 20th and you bet your bottom dollar there will be a review of it here! Stay tuned for that!

Fans of the series Clone Wars will be very excited to hear that not only will the original series be available on Disney’s new streaming service Disney+, but so will 12 brand new episodes! The new season will be available February 2020. This will be the last season of the series. Ahsoka, Anakin, Darth Maul and Obi-Wan will return for this new and final season of Star Wars: Clone Wars.

New to Disney+ is the Obi-Wan Kenobi series! Ewan McGregor is reprising his role as the iconic Obi-Wan! Unfortunately we don’t have anything else about this series, no release date or really anything about what it will be! Same with another series that got a teeny announcement this weekend, though we already knew it was in the works. Cassian Andor’s story is also coming to Disney+ and over the weekend it seems as though we can confirm that Alan Tudyk is coming back to play our favorite K-2SO! It, obviously, is going to be a prequel to Rogue One and we will see the antics of these two! 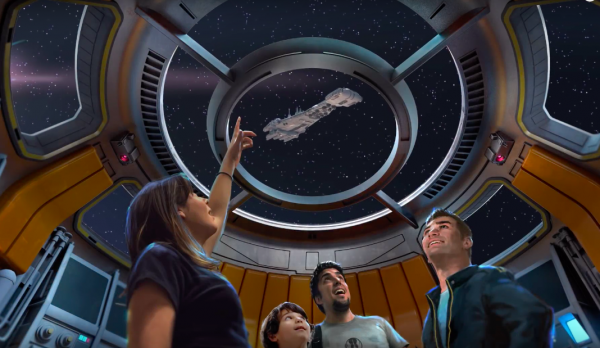 Concept art of the Star Wars hotel courtesy of WDWNT

The craziest announcement and the one a lot of Disney parks fans were waiting for was the announcement of the Star Wars Hotel in Orlando, Florida! Apparently, you’re going to be completely immersed in the hotel. It is said to be an entire story and journey and that you will be on the “ship” for two nights and three full days and will cost you about $3,300 per person. Yikes. From some speculation I’ve seen this might include admission to Galaxy’s Edge, since the hotel will be built right next door and have an entrance into Galaxy’s Edge.

Be prepared, the shortest time you can stay is three days. The coolest part about this is that everything you do during your stay will change the outcome of your story. You can choose to be a Sith or a Jedi and what you do will change the story. Also, your decisions will affect what happens in Galaxy’s Edge as well. Do you think you’ll ever stay at the Star Wars Hotel? We unfortunately don’t have any opening day information, but you can guarantee that anyone can go is going to have a blast.

That about does it for our coverage of D23’s Star Wars offerings. Keep your eyes open for our Marvel coverage and our review of the Mandalorian trailer! With so many exciting shows and movies coming our way Disney+ will definitely be in our future! What about yours? Do you plan on signing up for Disney+? What do you think of everything that was announced at D23 this year? Let us know in the comments below!