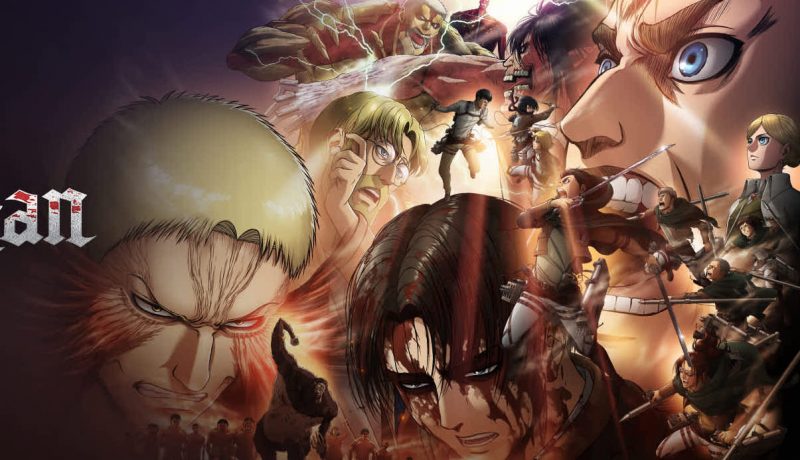 Attack On Titan returns and the Titans are far from the biggest threat the scouts have to face.

The battle to retake Wall Maria begins now! With Eren’s new hardening ability, the Scouts are confident they can seal the wall and take back Shiganshina District. If they succeed, Eren can finally unlock the secrets of the basement—and the world. But danger lies in wait as Reiner, Bertholdt, and the Beast Titan have plans of their own. Could this be humanity’s final battle for survival?

The truth about the Titans comes to light. Political secrets, a false king, and a reality that will shake the world now falls on the shoulders of Eren and his friends, as they fight to survive. With Historia set to be Queen, the Levi Squad must act. But a figure from Levi’s past, the deadly Kenny, could turn this into a losing battle. Are Eren and his friends prepared to face the true monsters?

The first half of season 3 for Attack on Titan was missing one glaring thing: Titans. The first half of the season covered a political arc in the story which revealed damning new knowledge into the world of the show. For those who hadn’t read ahead, some of it was expected while other parts were unexpectedly interesting. I am a sucker for world building.

While I understand some who were frustrated at what felt like filler episodes to them, I was not frustrated. I would argue that this provided a much needed break from Titans and provided essential world building and character building that would become influential in the events that transpire later.

Seeing the scouts use their skills in something other than ODM gear and slaughtering Titans was thrilling at times, and fun at others. The back story of Erwin and Eren’s father were the most interesting to me. So much has gone into those 2 pieces of the puzzle over the past few seasons. Honestly at the end of the first half, I was unsure who was good and who was bad in all of it. But fret not, as soon as we dive into the second half of season 3, the Titans return in a BIG way.

This season of Attack On Titan is by far the best to date. It is sad to hear that Season 4 will be its last season. Though its best a show goes out on its own terms. How its going to cover so much material in the final season remains to be seen. I fully expect it to be non-stop craziness from the start.

The limited edition blu-ray release comes with some familiar bonus items for fans who have collected any Funimation title. One of the things I enjoy most about the licensing relationships Funimation gets with the production companies is that we get materials only released in Japan in some of the limited edition sets. In the case of this set, that meant the 4-koma chibi comics that were in the Japanese release for part 1. 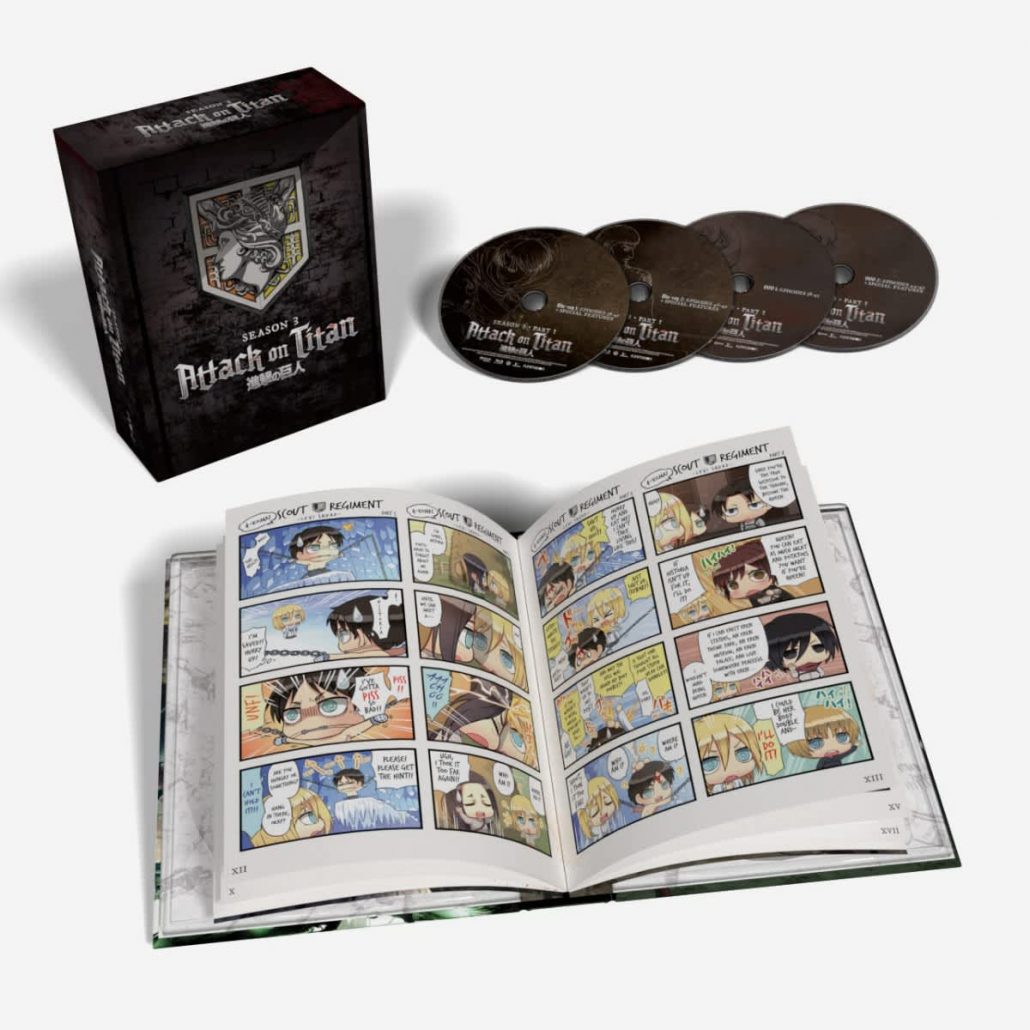